March came in like a dang Lion, outside and internally. Sometimes the weather matches your mood ... sometimes the weather helps to cause your mood. Whatever the case may be ... this past weekend was gloomy and so was I. That doesn't happen to me much, but after a bunch of disappointment in people and events that should be better than they are, I was kind of over it. Then it started to rain, and it was actually perfect. We need the rain, I had a couple books from the library, plus my own projects to work on, so I was going to be a hermit and wallow in my misery.

But that's no fun! After a little while of that - and enjoying it, but getting antsy - I decided it was time to go on a search for things that made me happy, for no reason other than just because.

Fresh orange blossoms wooed me with their heady perfume, and filled me with almost a sort of relief with each inhale. Possibly the world's best smell. 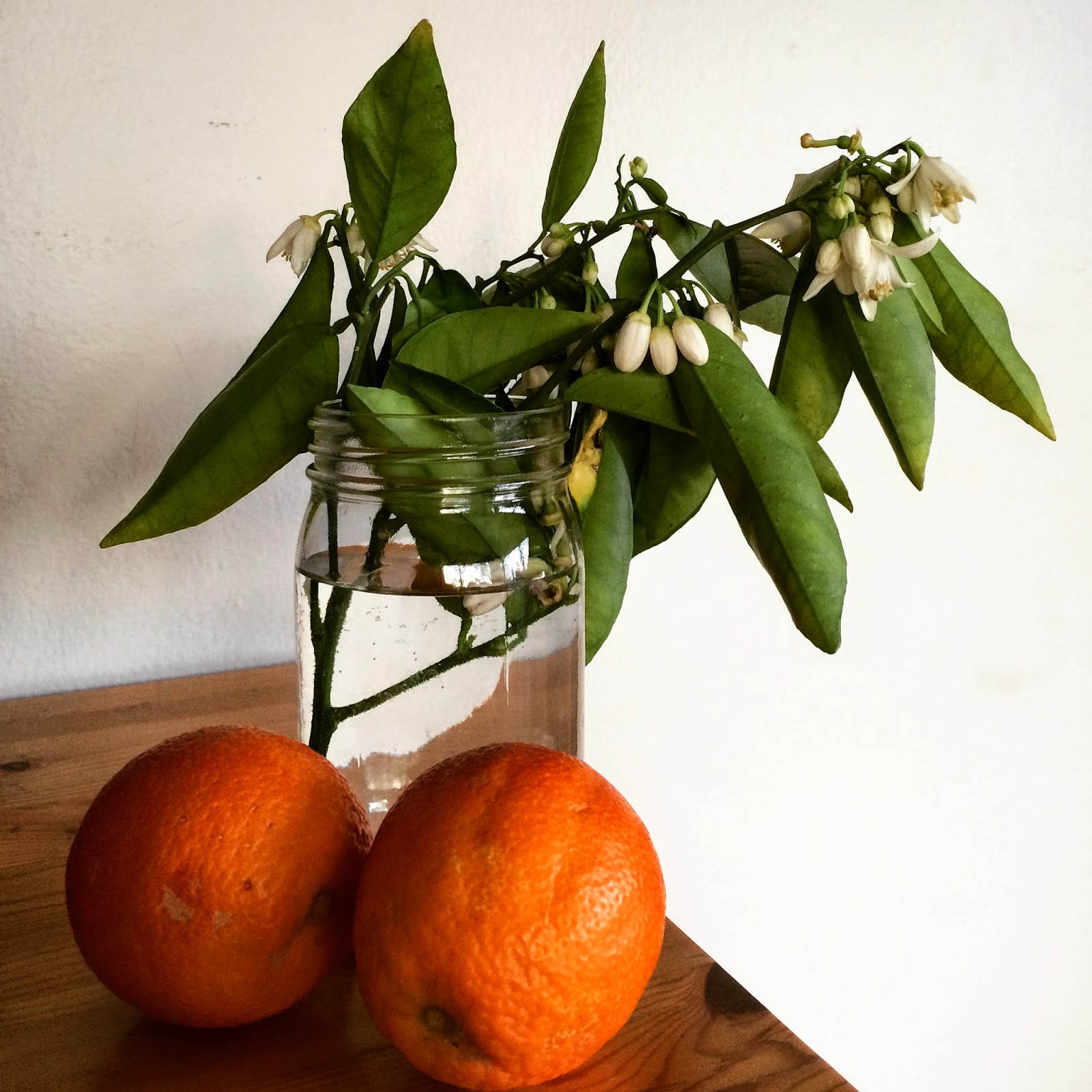 Pann's Restaurant made me happy with their $6.95 bottomless mimosas, great waitresses, chicken and waffles, and Pulp Fiction vibes. 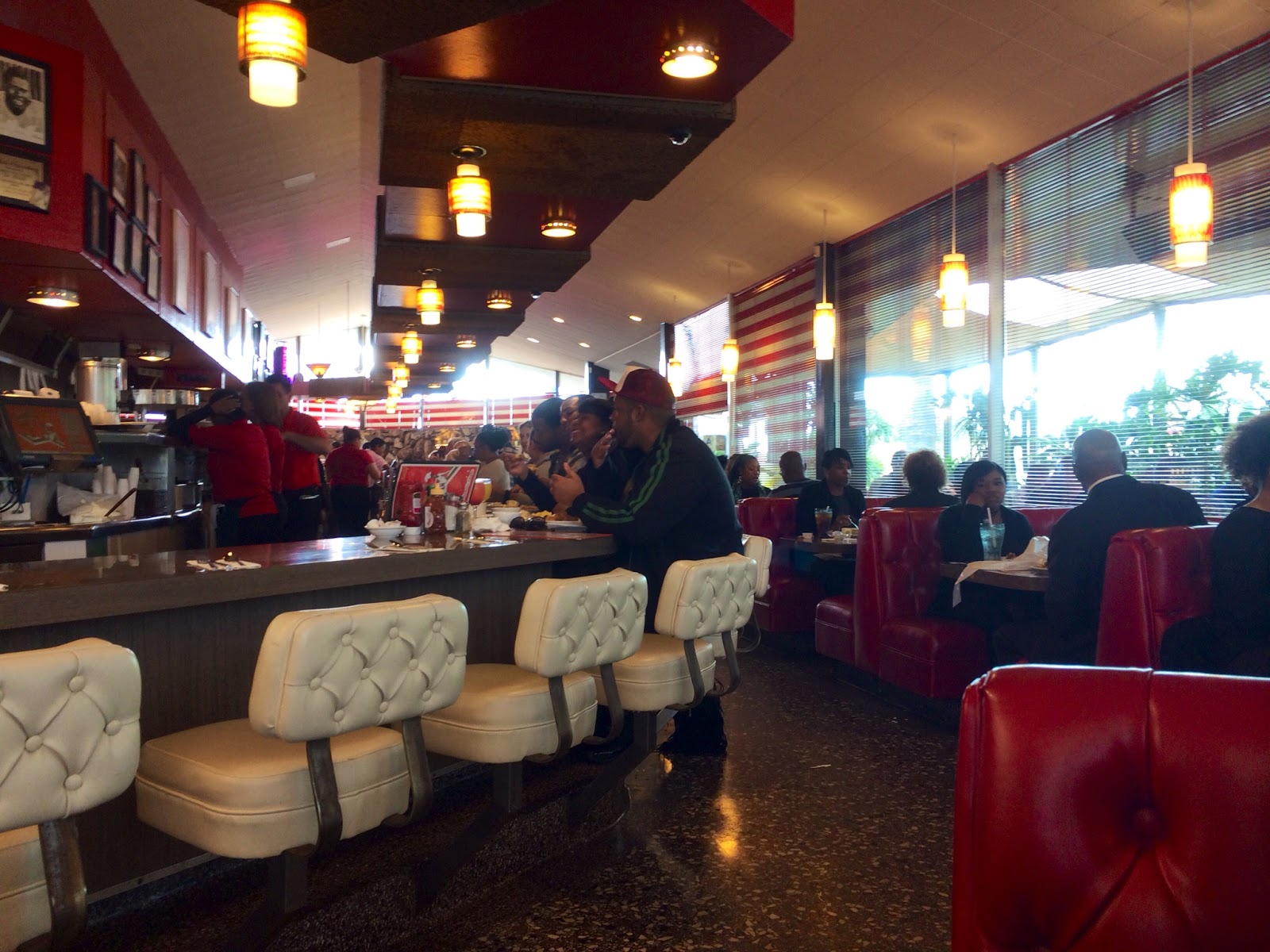 Randy's Donuts made me happy, because it's a giant donut serving great donuts. 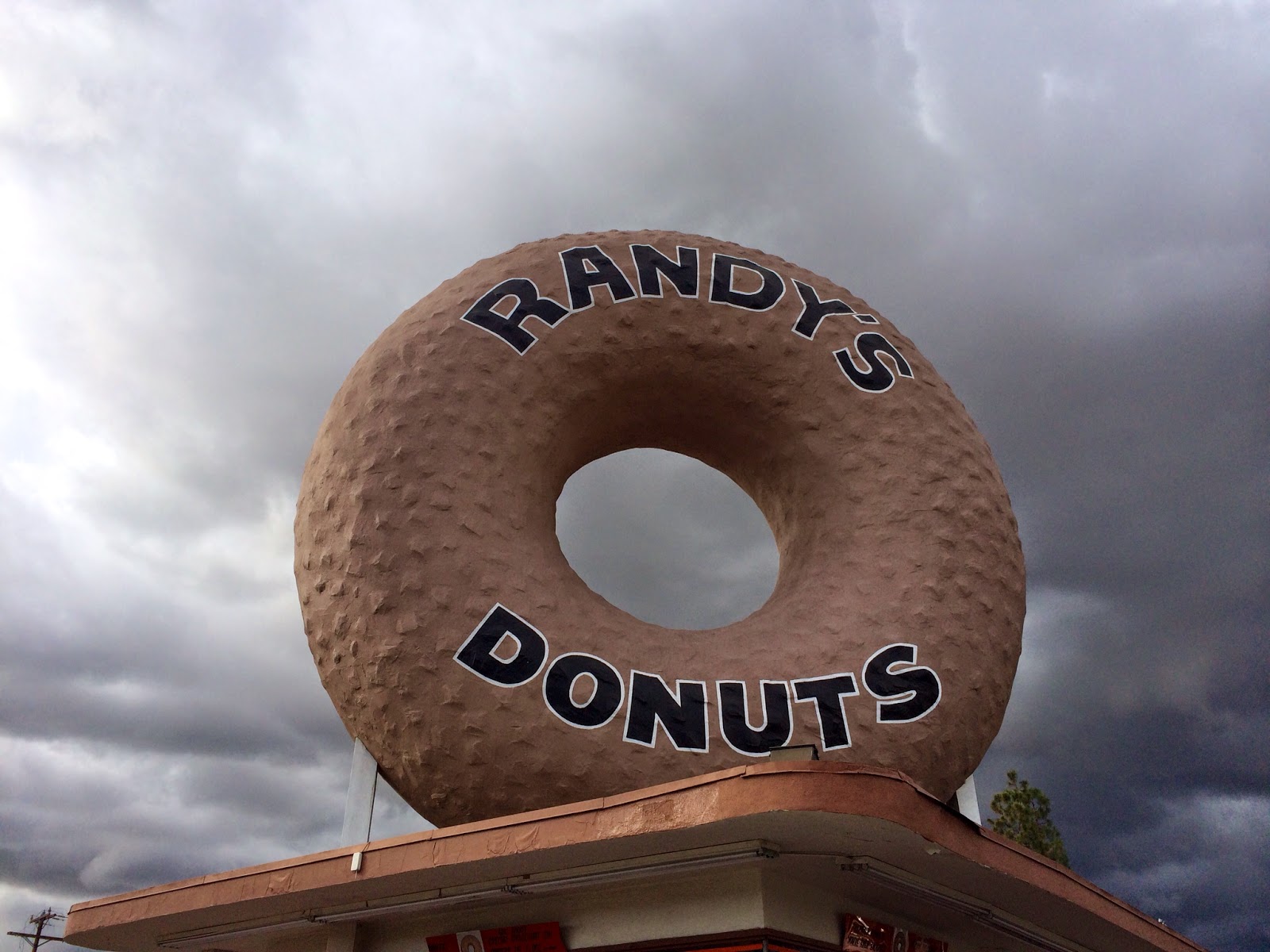 This fresh yellow car made me happy because it was such a bright spot on an extra grey day. 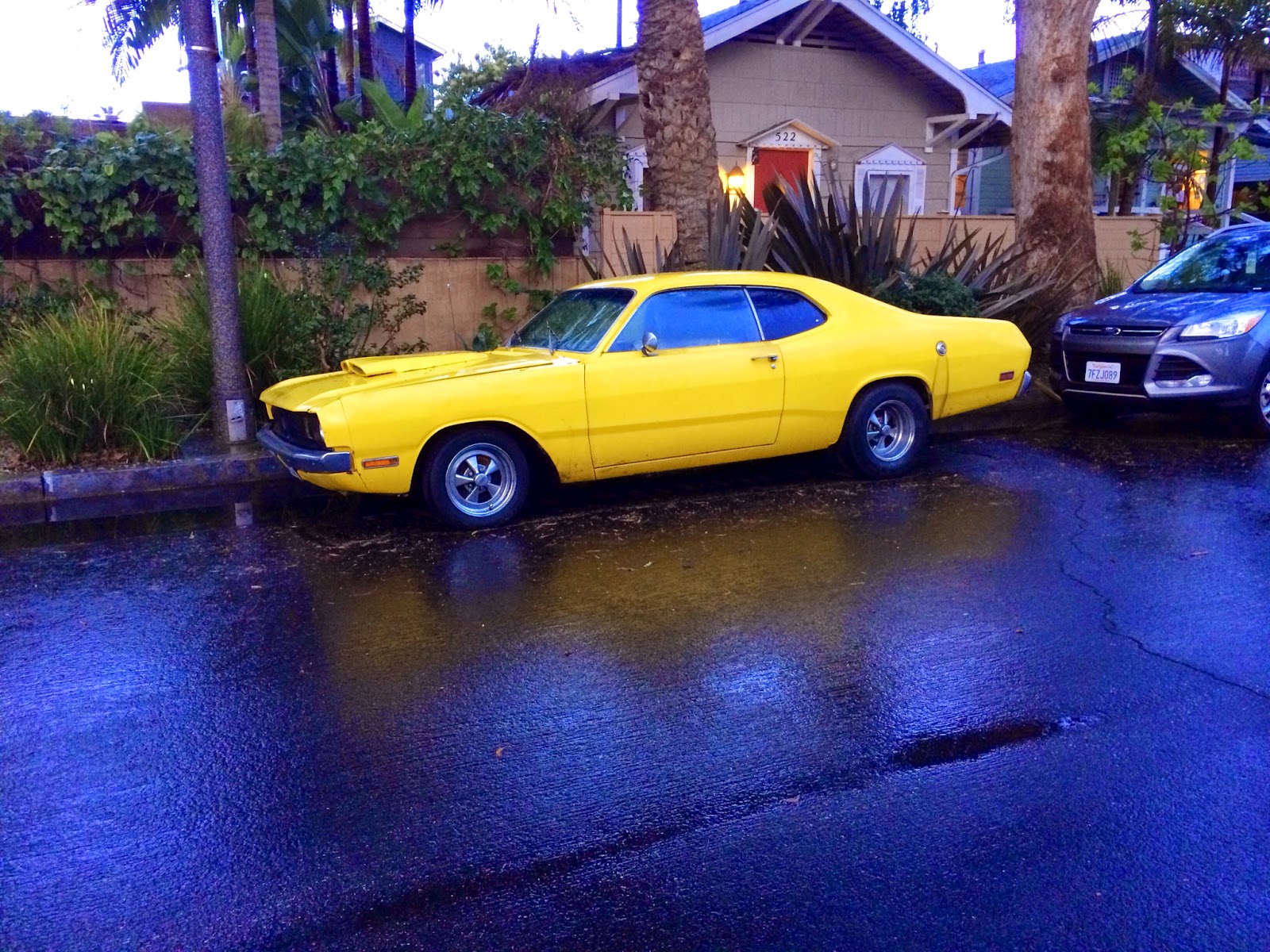 This toy soldier paratrooping down to Cabrillo Avenue made me happy because it was a mystery, and it looked like someone had had fun. 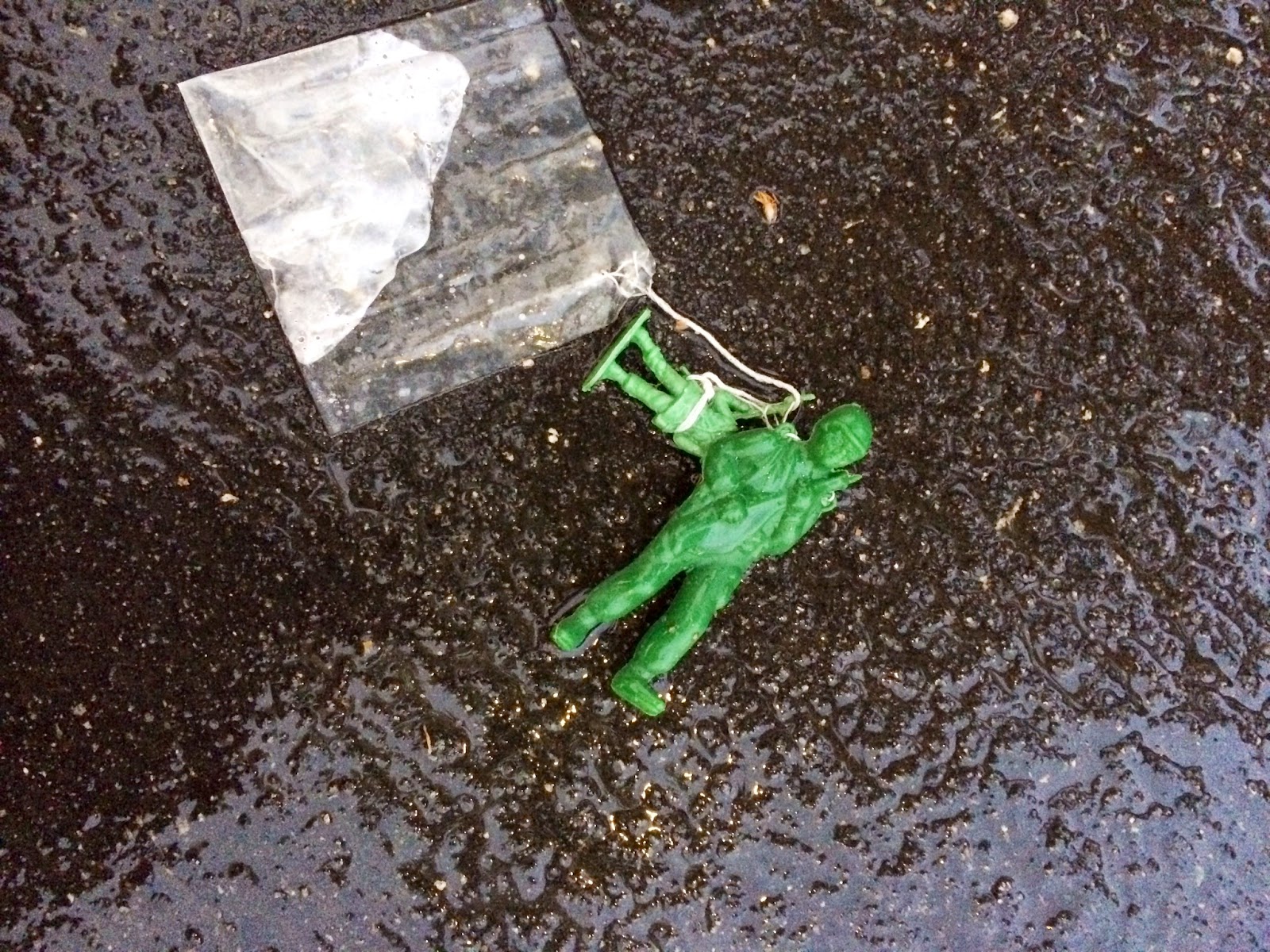 It made me happy to see this brother taking pictures with his great talent, that somehow makes nature look even better than it already does. 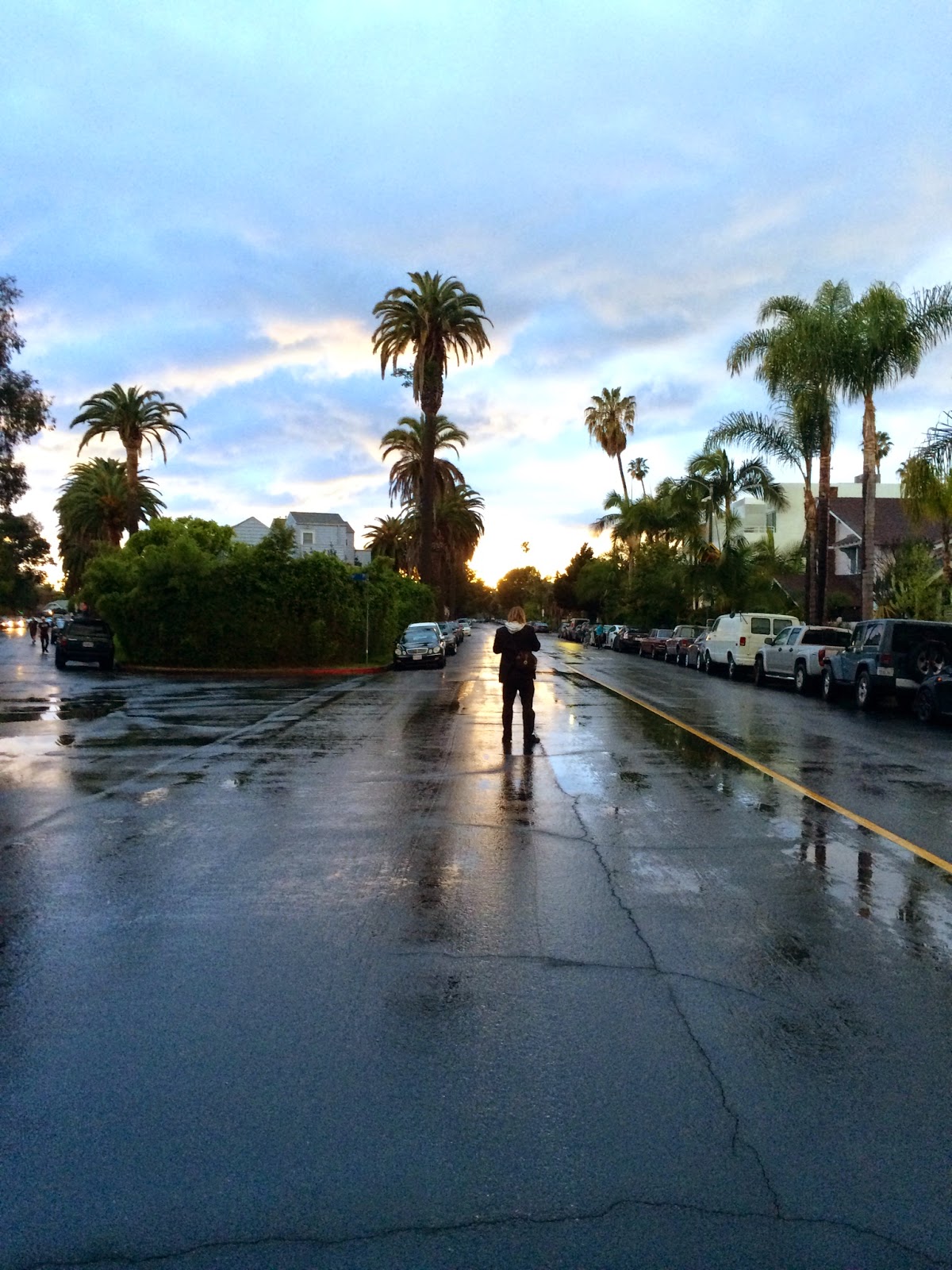 Waving to friends, sharing umbrellas, and stomping in puddles made me happy, especially when the reward for the walk to the beach was one of the most dramatic and stunning sunsets since ... well, last week, but still. 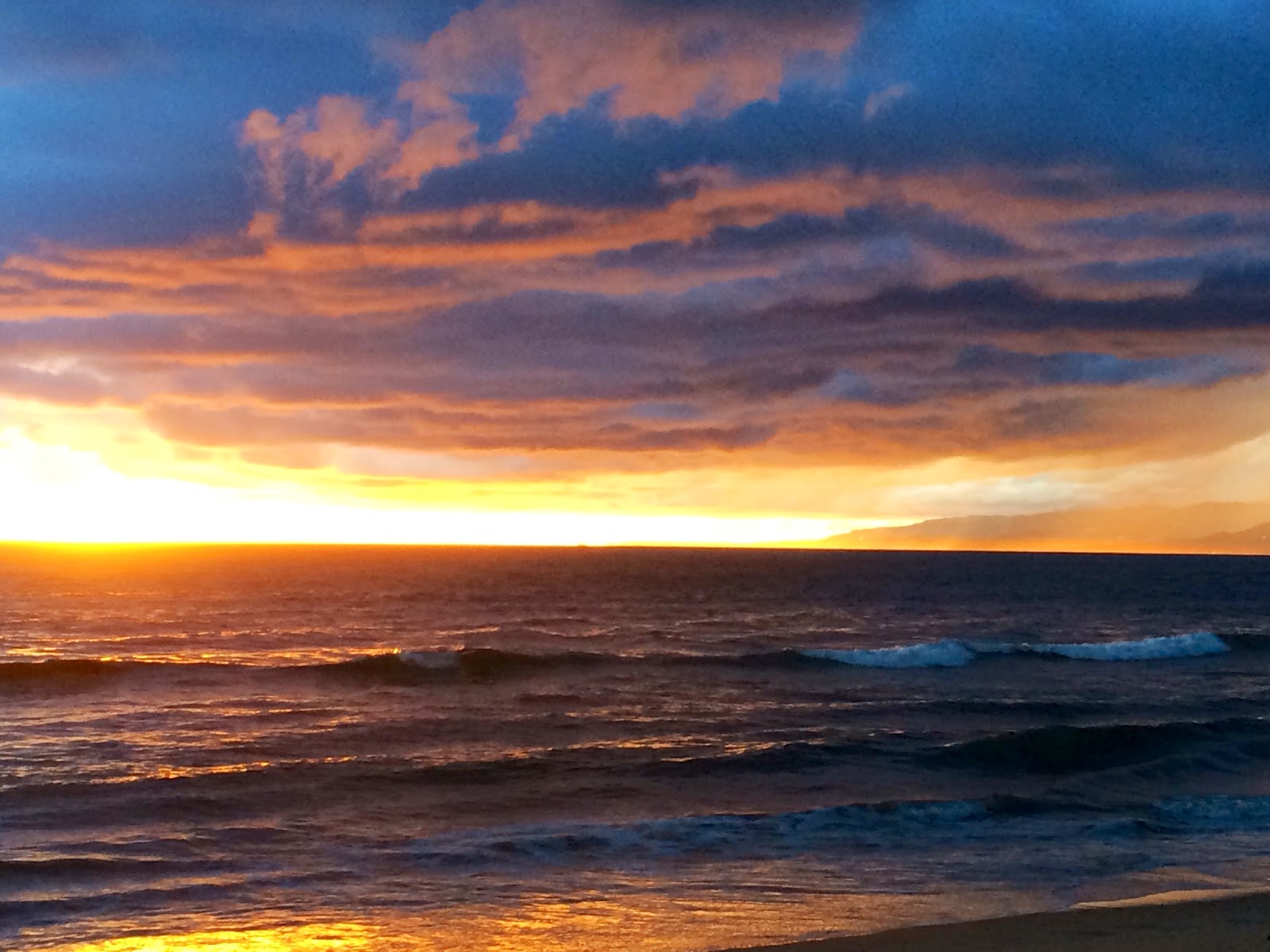 There was an orange glow over everything, that with the ominous looming of a gigantic storm cloud hovering, made it all seem that much more intense. Like something big was about to happen.

And maybe it is. You just never know what's next. When you're staring so hard at something that you think is SO great, and SO beautiful, sometimes you miss what's going on behind you. Like this giant, vertical rainbow that was climbing the skies right behind me, but that I didn't see until someone pointed it out to me. Hmmm .... The more the sun set, the more spectacular it got out there. There weren't many people out there, because it had been so stormy, and we ran down there between squalls, just to see what would happen with the light. Because you never know if you don't go. 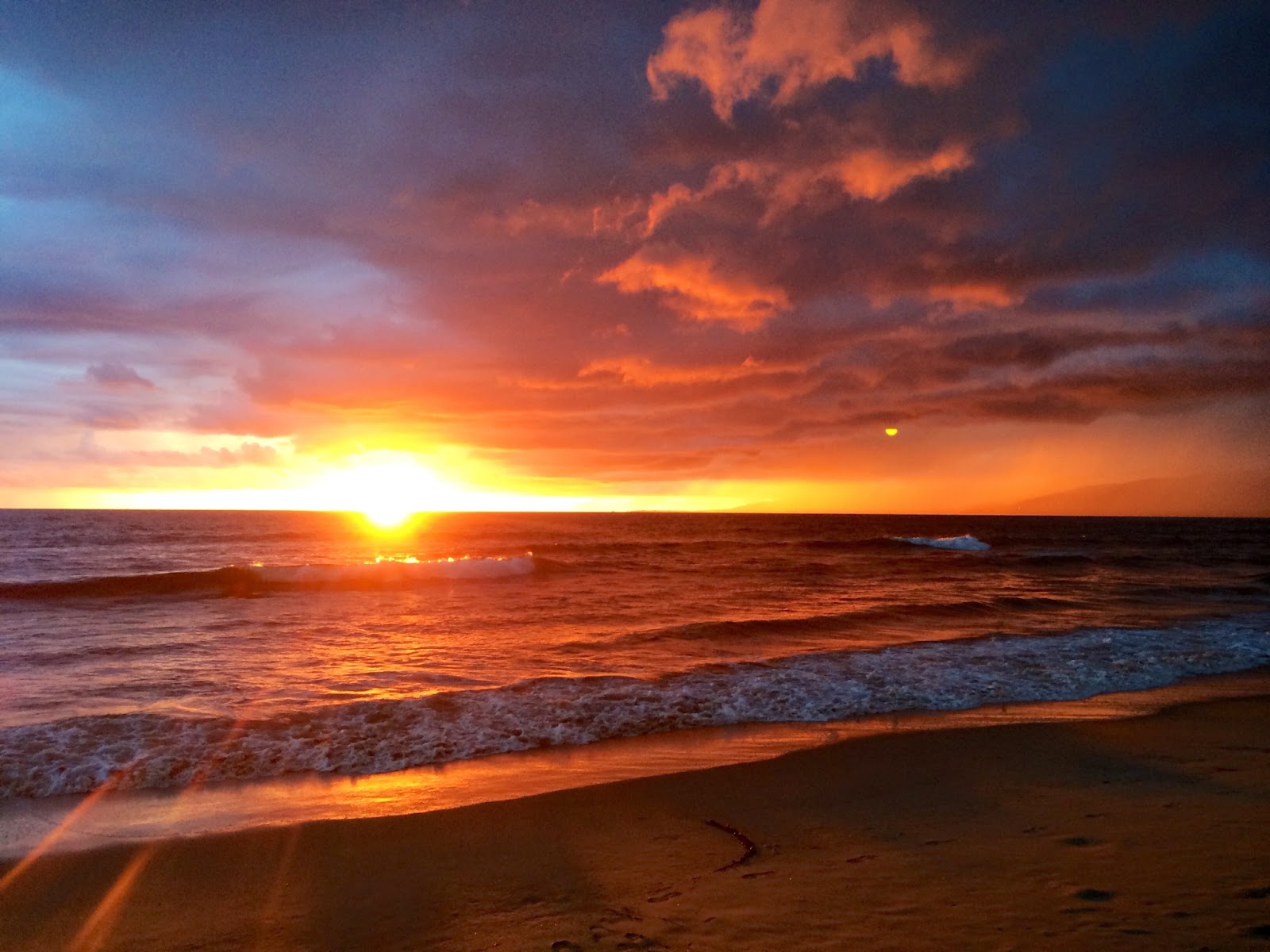 Standing there, bathed in the colorful spectrum of everything being reflected off everything at once, I got that old feeling that it's all going to be alright. Just look! How can anything be that bad when there is this much beauty in the world, right there for you, for no other reason than to be beautiful? 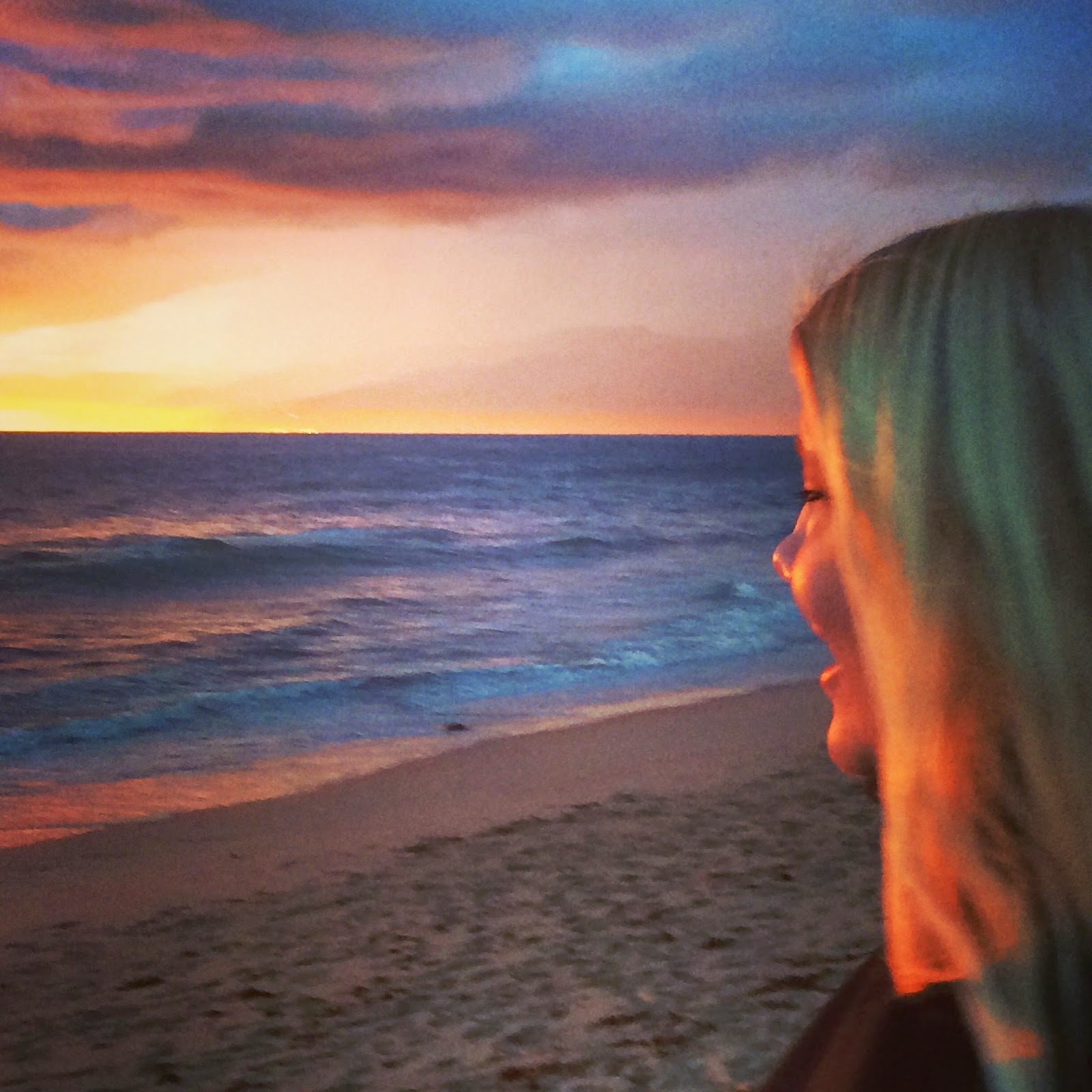 It reminds me of one of my favorite quotes ...

"The cure for anything is salt water - sweat, tears, or the sea." - Isak Dinesen


It really is the little things that are huge.