The Art Of The Sunset

2015 has already been about the most spectacular year on record for sunsets. The SUNSETS we've seen! They've been so beautiful your heart could just about burst. But last night's might just have topped them all. (So far.) 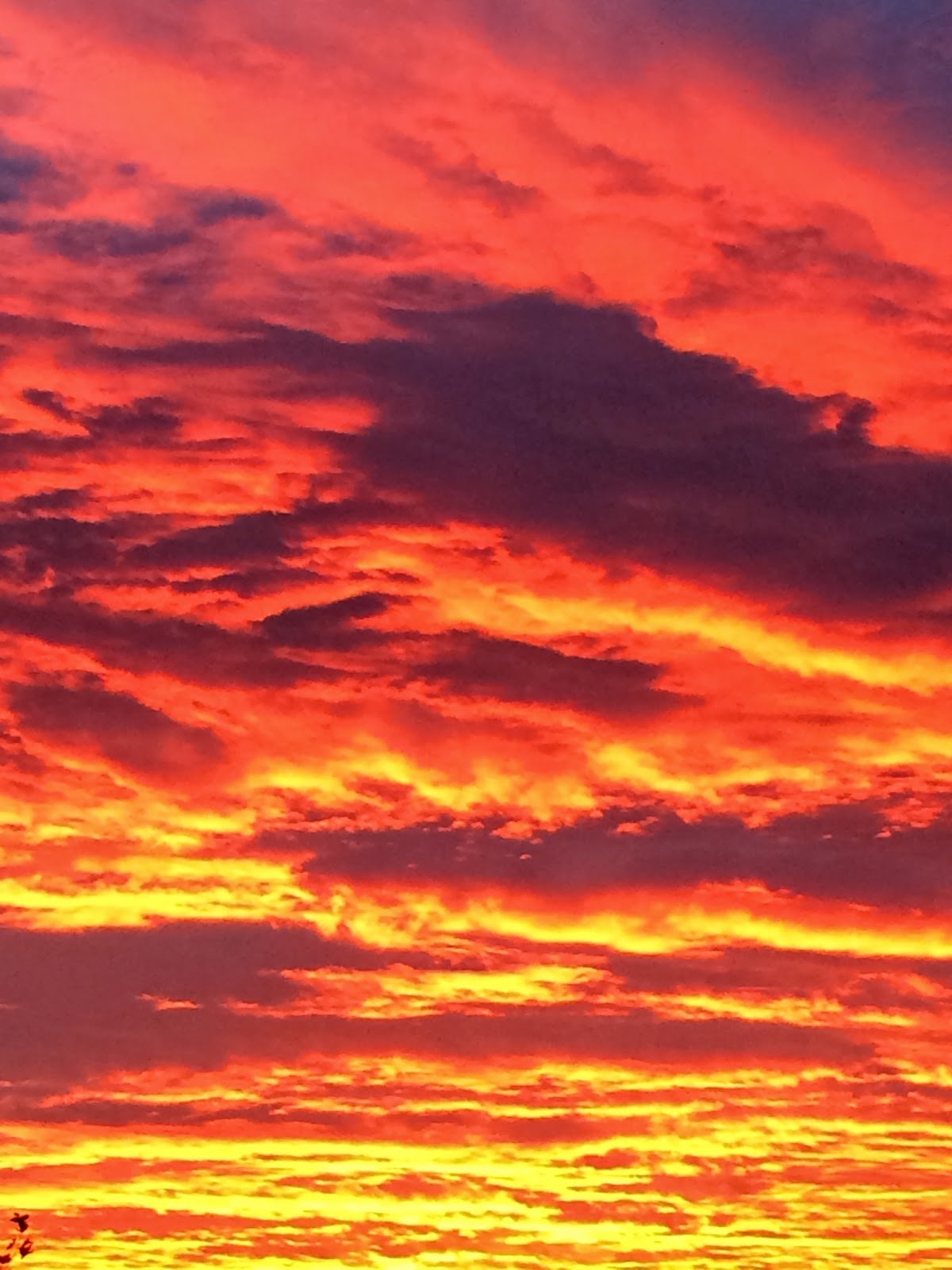 The social media feeds immediately filled up with Los Angelenos all sharing in the same nature situation. One photo was more beautiful than the next. But nothing compared to the real thing. I saw photos from the art show at the Barker Hangar last night, and every person there said the sky was the best work they saw. Truth. And free for all to enjoy.

I just happened to go outside of the building where I'm currently working to take a call. I nearly dropped the phone when I saw the absolute majesty unfolding above me in the Western sky. I ran inside and made all my colleagues stop what they were doing and follow me to the park outside.

Even the most jaded and cynical among them (and in the entertainment biz, they are legion) stood there, jaws on the ground. No words were needed, it was enough to stand there and soak it all in. 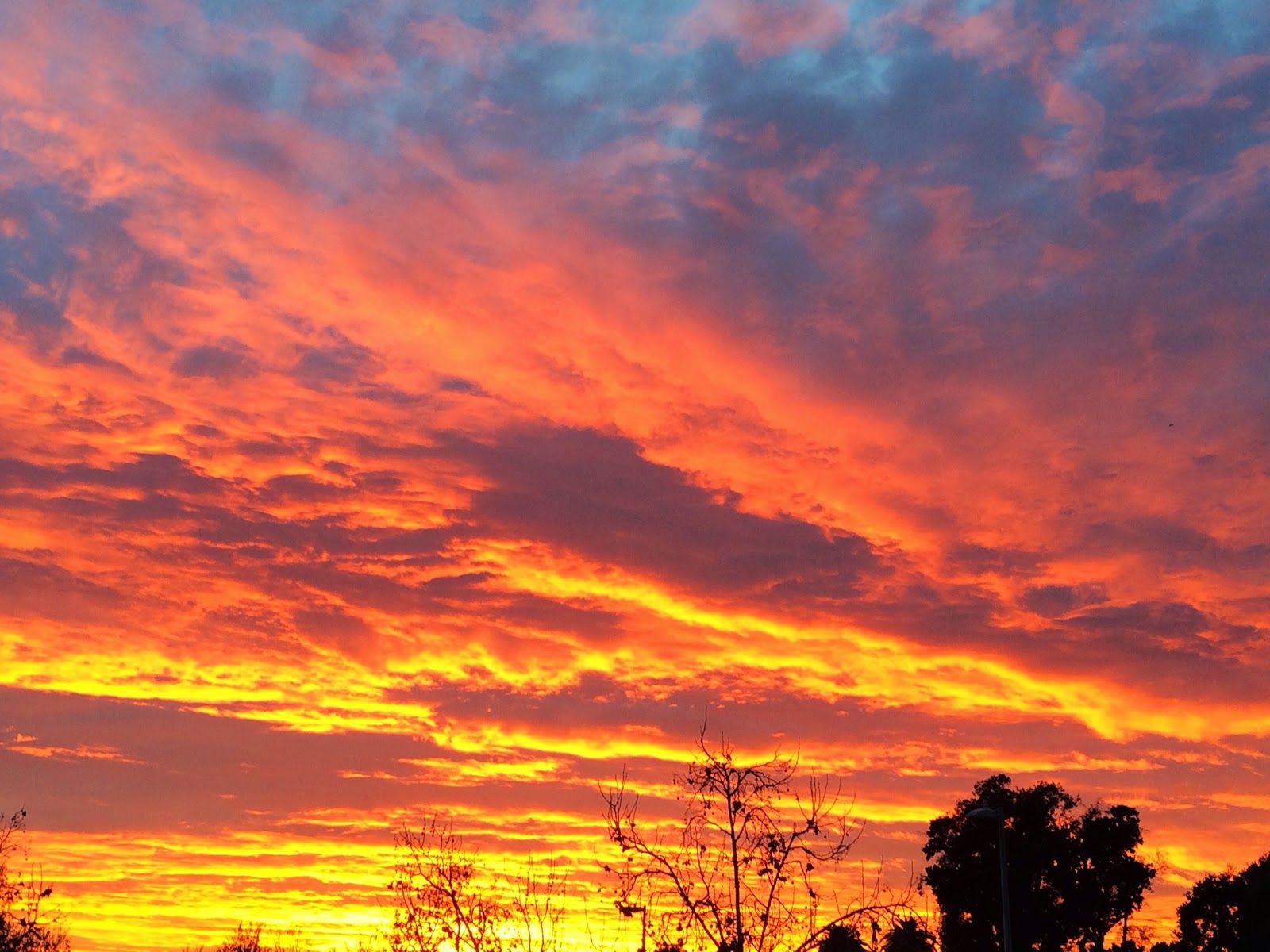 When we did make noise, it was mostly to gasp, but then I had to say how lucky I felt just to feel this glow of the unreal and truly Heavenly light on me. My friend said, "I know! Look at our faces!" It was a real and beautiful moment of people (workaholics) stopping everything to collectively enjoy a rare (not really this year, but still!) moment of natural beauty.

When I lived in Hawai'i, every evening people would stop and gather for "Sunset Hour" instead of Happy Hour. It's a lovely custom, bringing people together to share the ridiculous splendor of the setting sun. No matter what's going on with you, you feel better when you see it. And you can't help but feel grateful, and then you're back on top of your game!

After the buzz of seeing last night's sunset, I aborted my plans to be out and about, and instead, went within. I went to the greatest restorative yoga class at Studio Surya (that I don't even want to tell you about so it doesn't get all packed, but here you go), basically a nap class, where you held stretch positions forever until you zenned out and nearly slept. That was easy to get into, because the class is held in the dark, all candle-lit and trance inducing music vibes. And aromatherapy. And blankets and eye pillows. And TOTAL zone out relaxation. 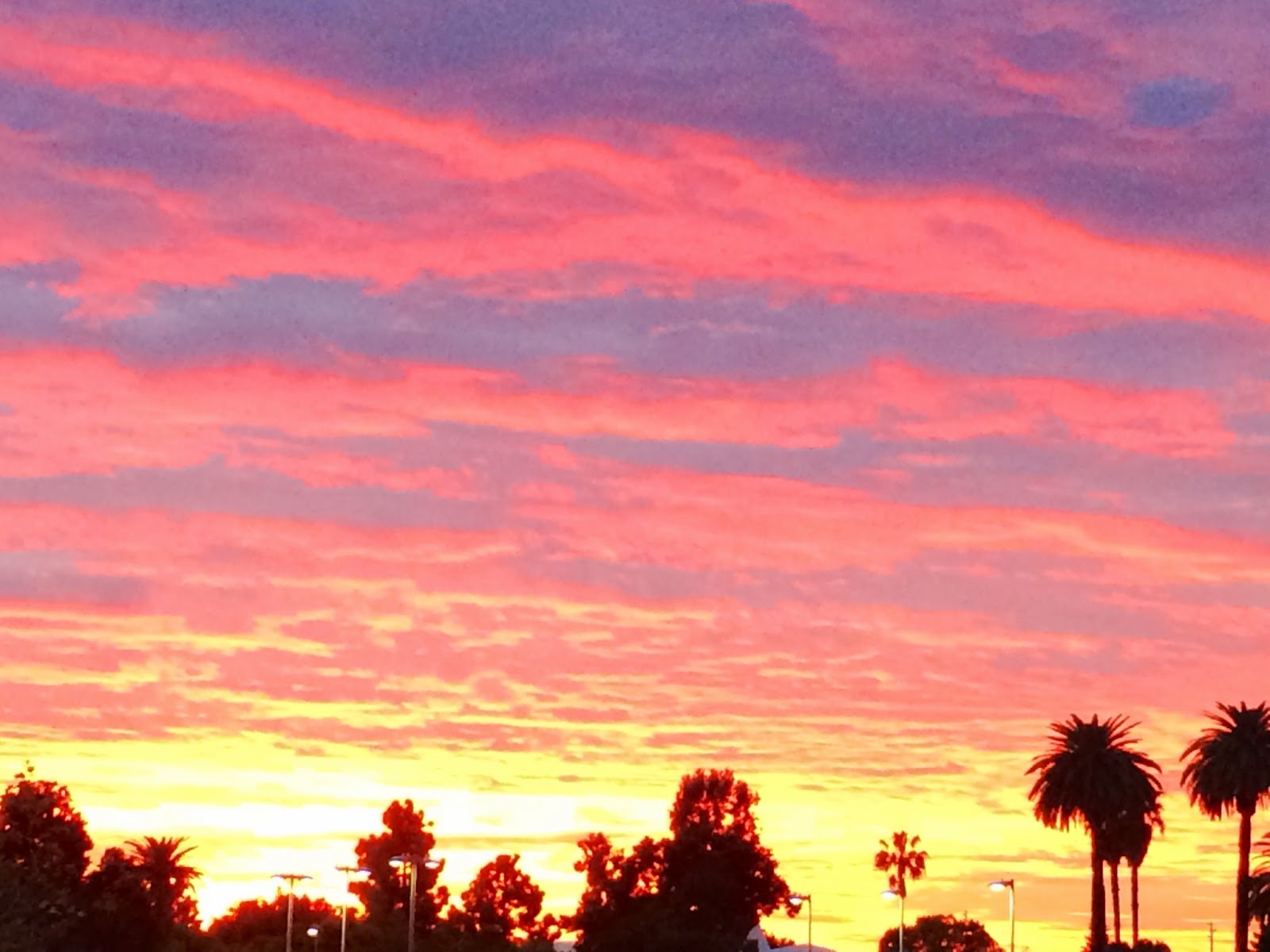 For each breath, I chose that evening's sunset.
Posted by CJ Gronner at 11:16 AM