Big Shots In Venice - A Celebration Of Guy Webster

There was another fun party at In Heroes We Trust last night, this time to celebrate the work of renowned rock photographer, Guy Webster. The man who has recorded so many of the legends and icons of the rock and film worlds was there to sign his new book, Big Shots: Rock Legends And Hollywood Icons, and to be congratulated on his decades of capturing that rich history. 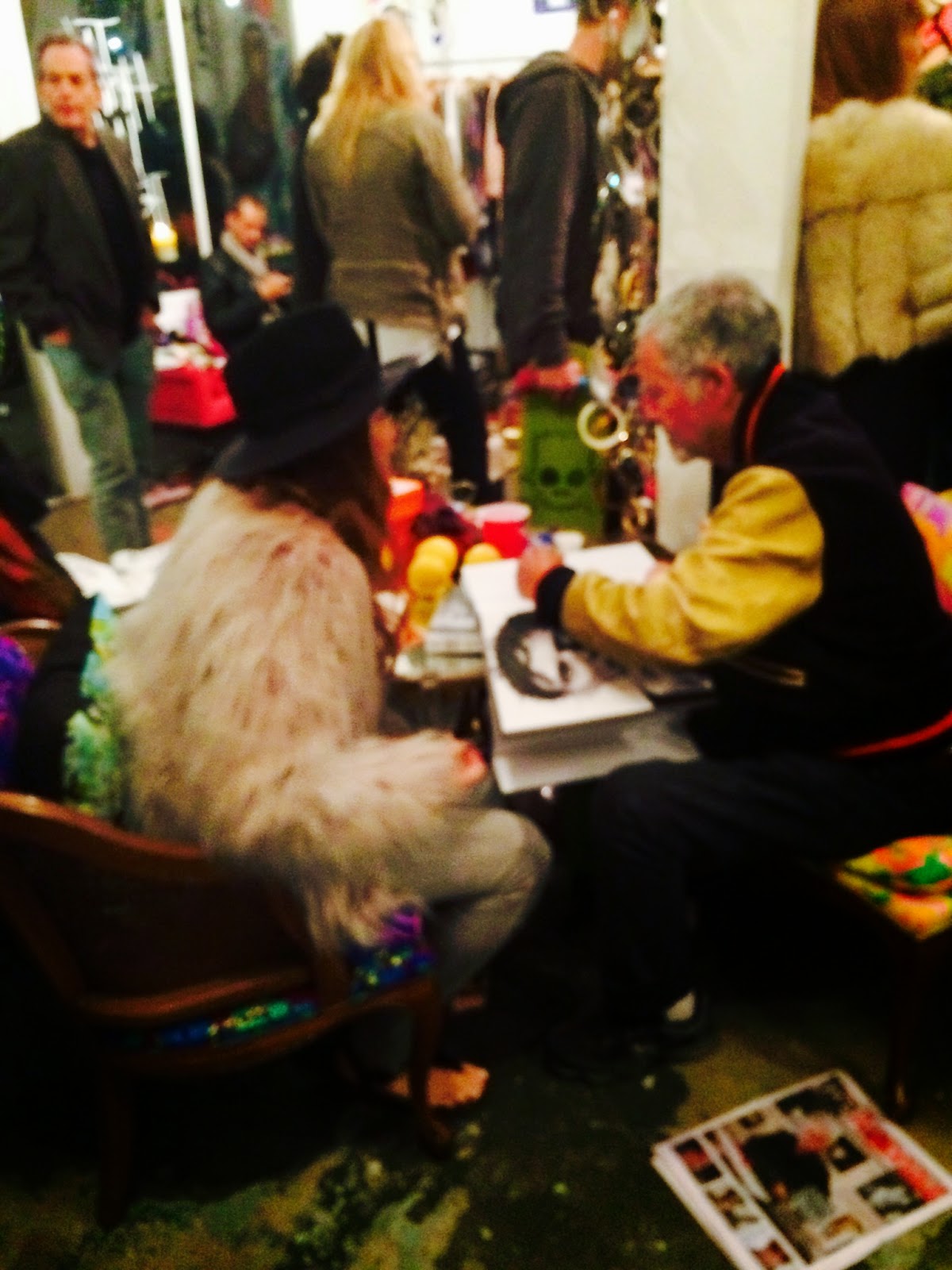 It was a packed house, with revelers spilling out on to the sidewalk, clinking a beer, and toasting our still relatively new year. 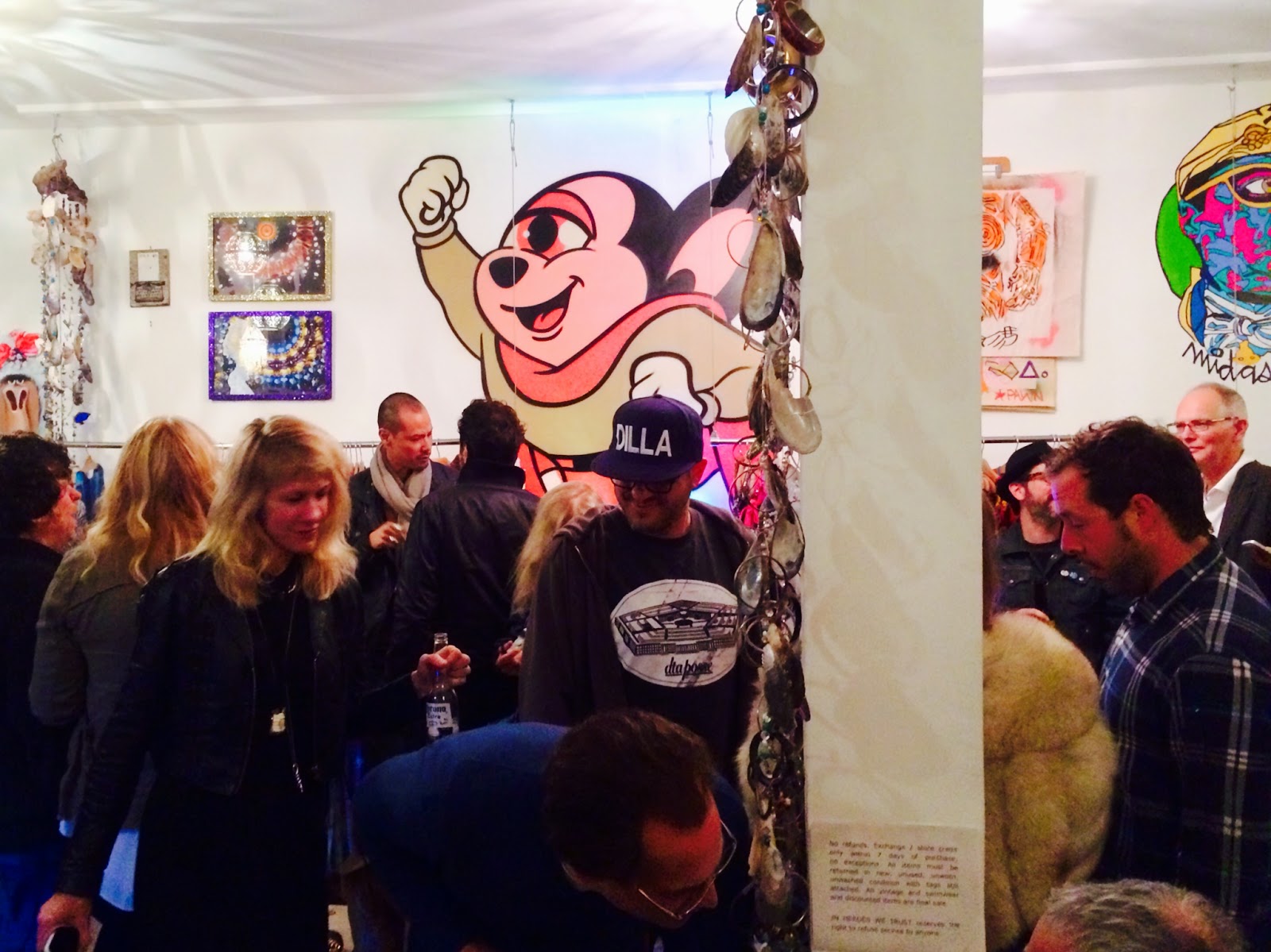 Gracious hostess, Neely Shearer, has added a whole lot of good stuff since I'd last visited IHWT, so there was plenty to look at while you waited to have your gorgeous book signed by Mr. Webster. 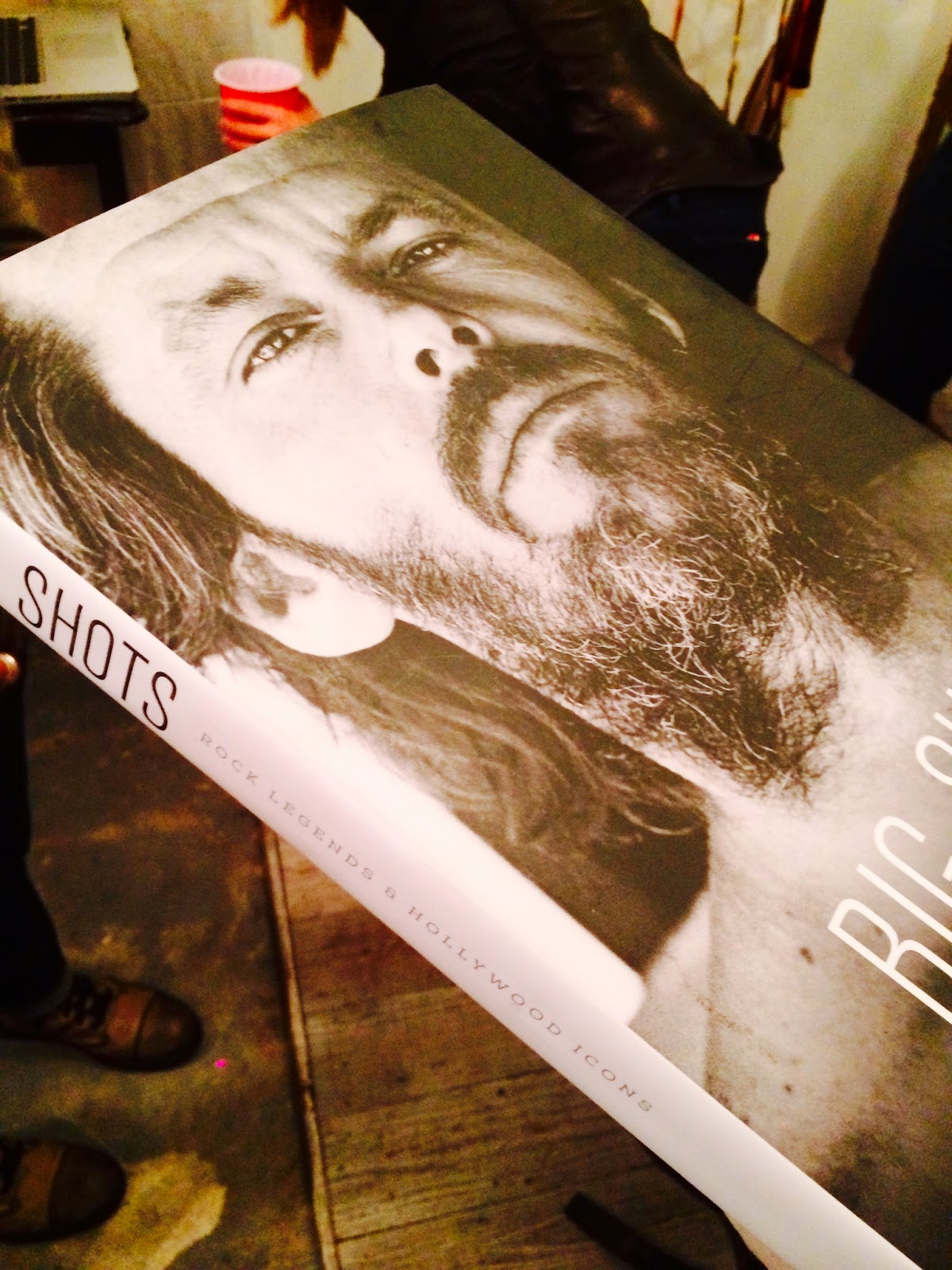 It was great to see friends old and new, and you could feel a kind of unanimous and palpable excitement at all there is in store for everyone this year. Lots of good stories, lots of great events upcoming, lots of laughs, and lots of style. 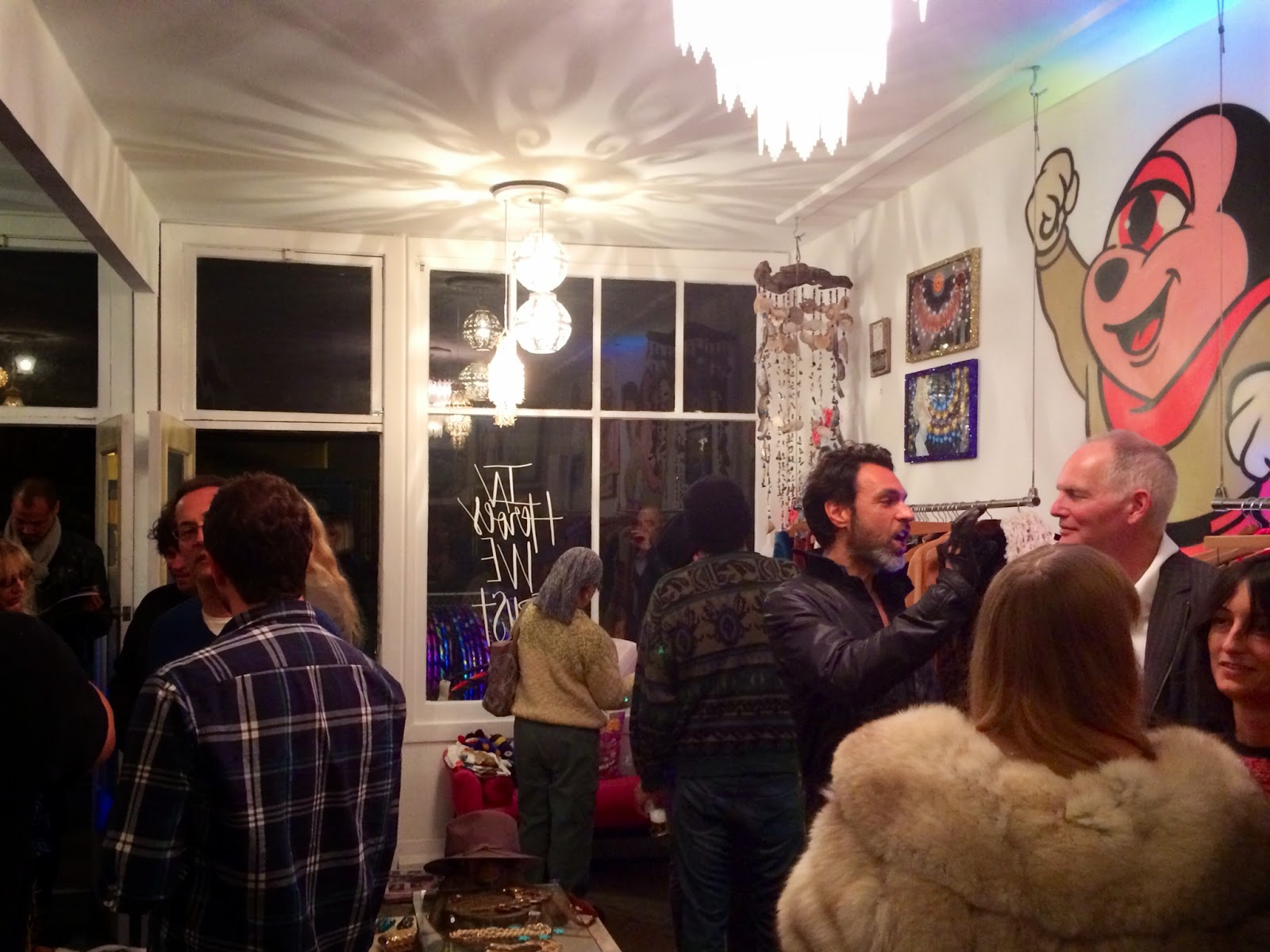 As more and more people crammed in the store, things got a bit more loose. At one point, I turned around to see Webster donning a pair of underwear - on his head - to the amusement of those standing around him. I didn't catch that story, but it looked like a good one. I was happy to find out that Webster is a Venice local, so I'll look forward to finding out more about him and his stories soon. 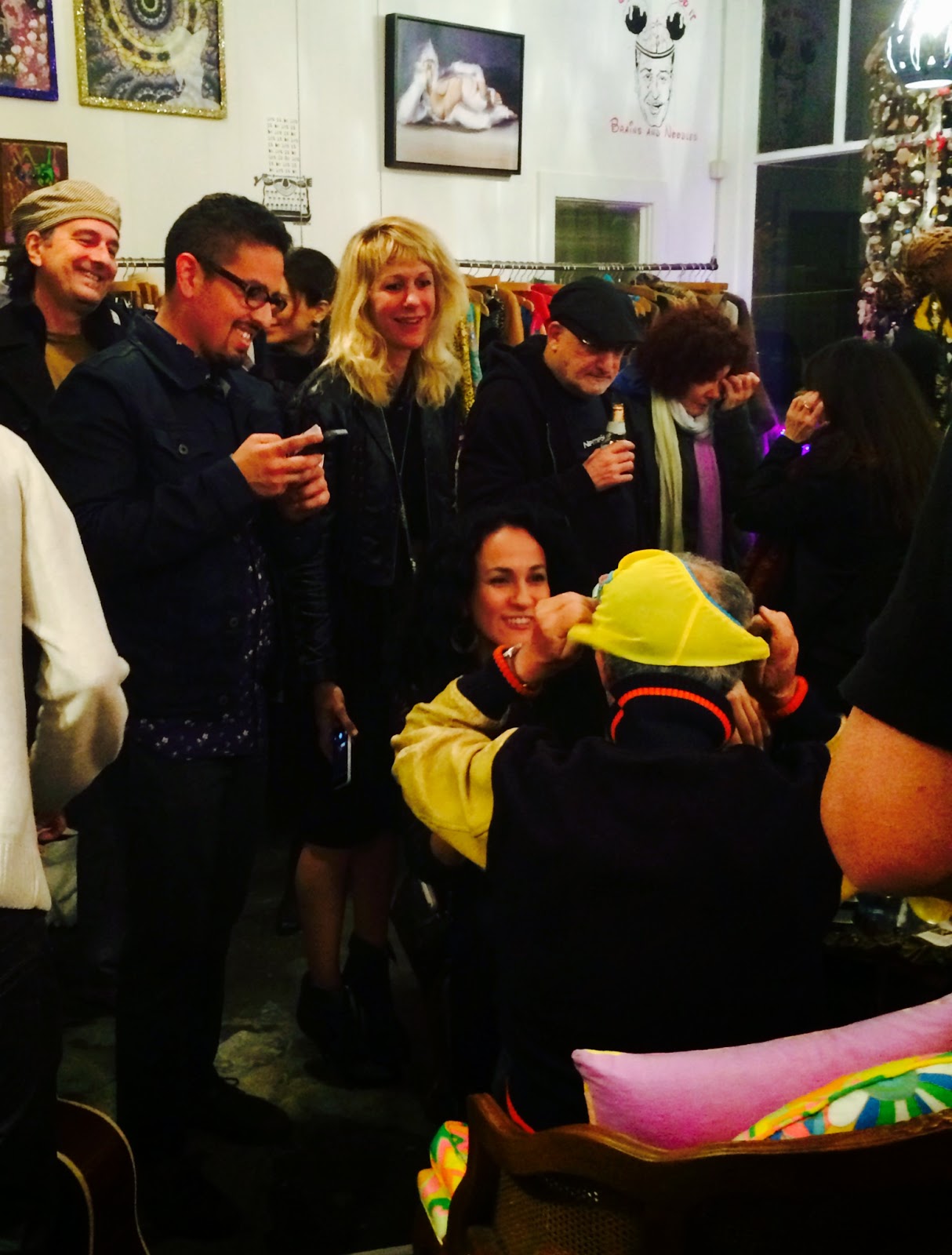 Also known as an avid motorcycle enthusiast, it was perfect that a big posse of Venice Vintage Motorcycle Club members rolled up in a storm of noise, and parked out front to come inside and pay their respects to a fellow biker rock and roller. It was great. 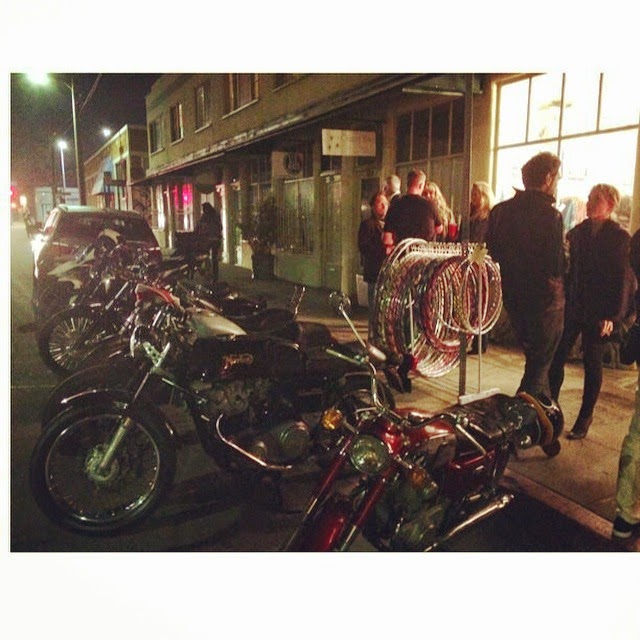 I turned around as I left to head to the next thing, and had to smile at the scene outside In Heroes We Trust ... Street art, motorcycles, hula hoops, folks waving down friends passing by to join in ... and thought how lucky we all are here. Where we all feel like Big Shots, just to be here.
Posted by CJ Gronner at 10:06 AM