The roar of what sounded like a thousand motorcycles woke me up bright and early on Saturday morning, as what turned out to be over 200 Venice Vintage Motorcycle Club bikers took off for their morning ride up the coast, kicking off the day's VVMC Rally.

The Farmer's Market location was turned into a mini-Sturgis for the day, as bikes lined the parking lot and motorcycle-related booths showed off their wares. A heat wave enveloped the Southland over the weekend, and Venice has never been hotter, both temperature and fun-wise. 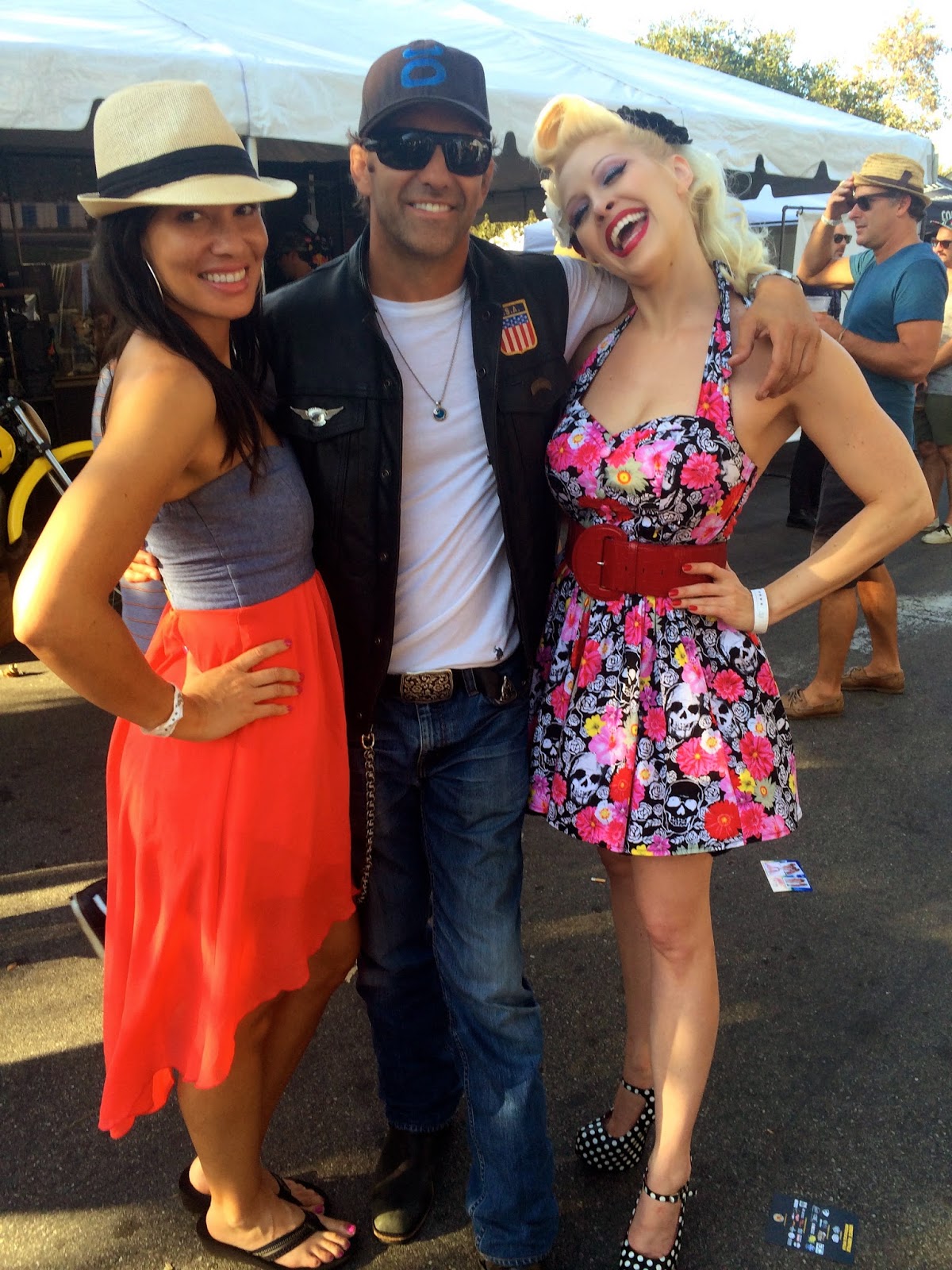 There was live music and a festive atmosphere going on all day, I saw as I passed by on the way to the beach (there is simply no way to not get in the water when it's hot and awesome like this, so I had a beach day first). Noting the fun, I let the gang know that day's beach day would be the condensed version.

I got there just in time for the Pin-Up Contest, where a slew of hot retro-looking ladies vied for the title of the Venice Vintage Pin-Up Girl for 2014. Bikes and chicks ... lots of guys were happy in Venice this day. 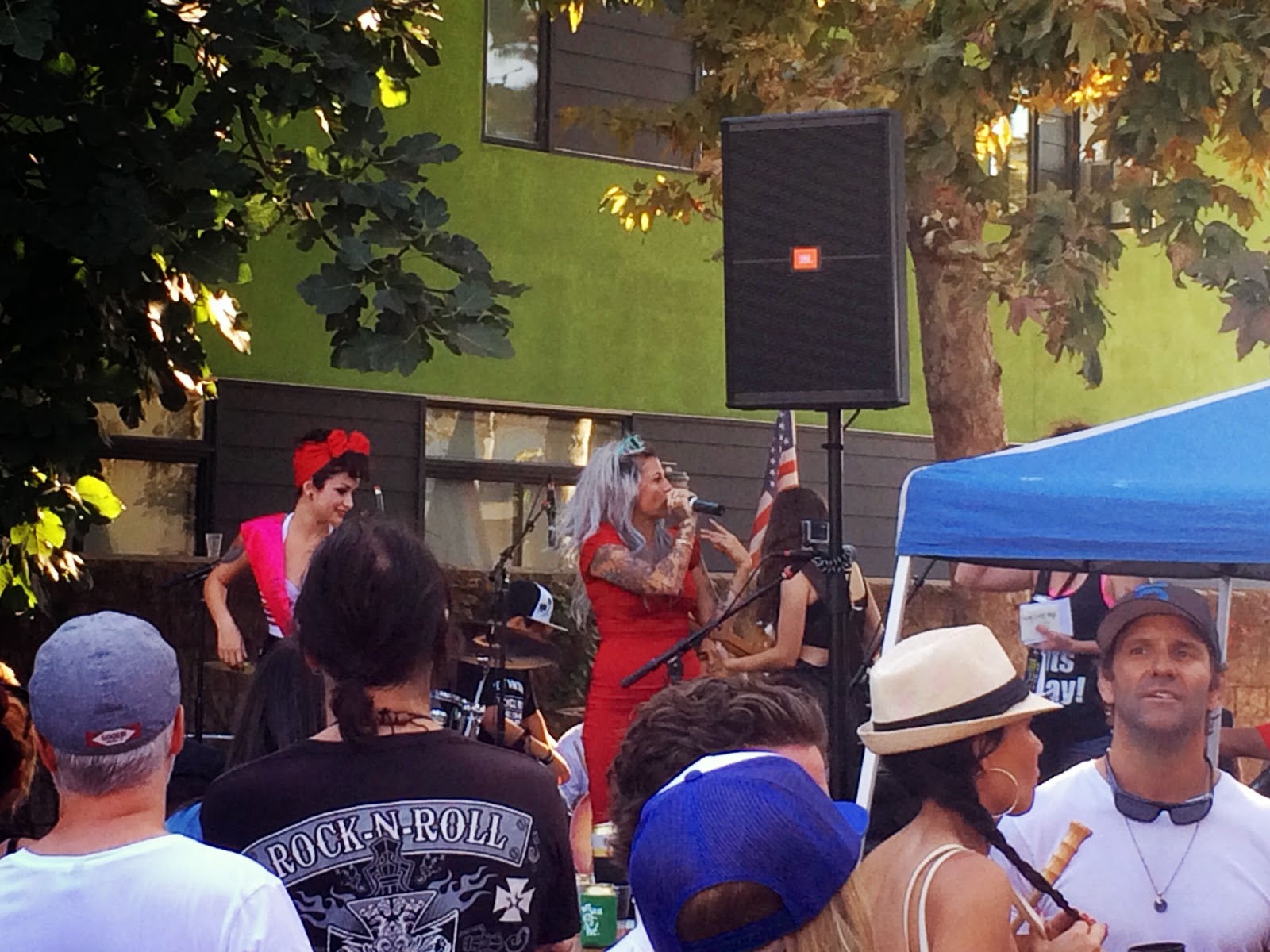 Hosted by Nik Rae Falco, the girls took their struts across the stage, where ultimately, Miss Luci was crowned Miss Venice Vintage, and received her banner, applause and whistles. 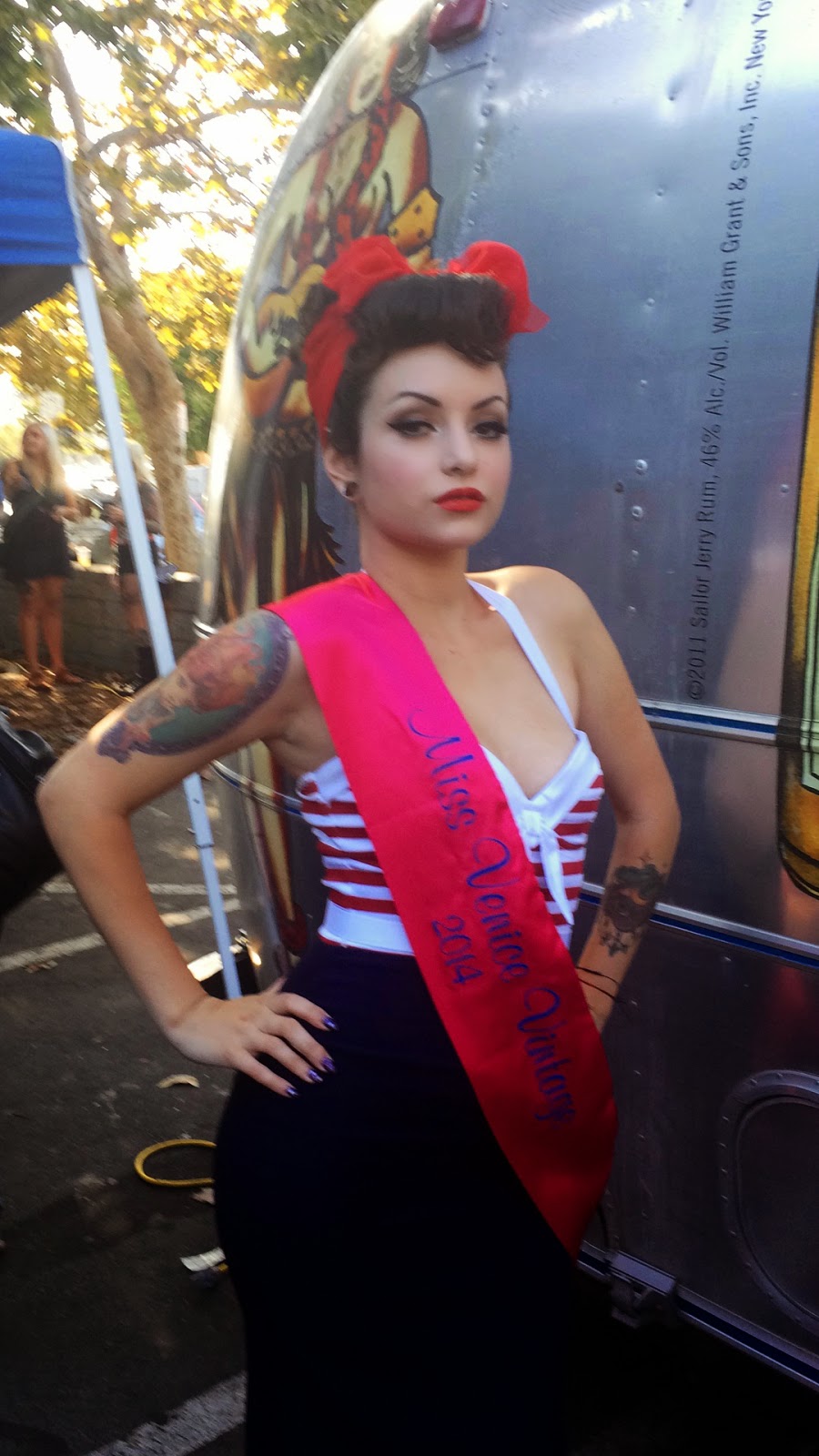 There was a special guest judge, friend and actress, Drea De Matteo. It was great to see her again, sporting her Trim swag in support. 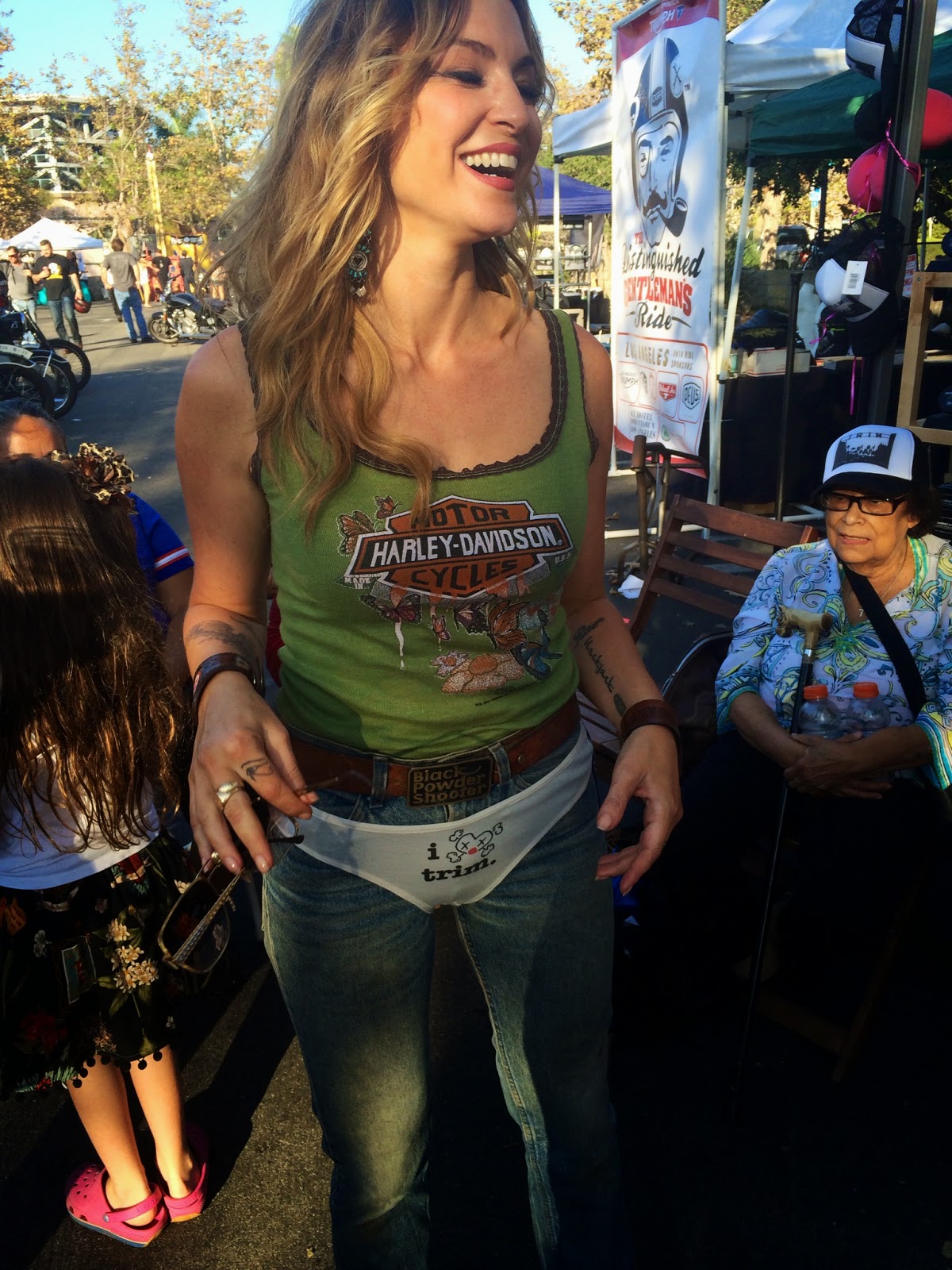 It was a blast to catch up with old friends, while the House and PBR beer and Sailor Jerry lines were steady all day long, keeping the proceedings pretty upbeat and rowdy. 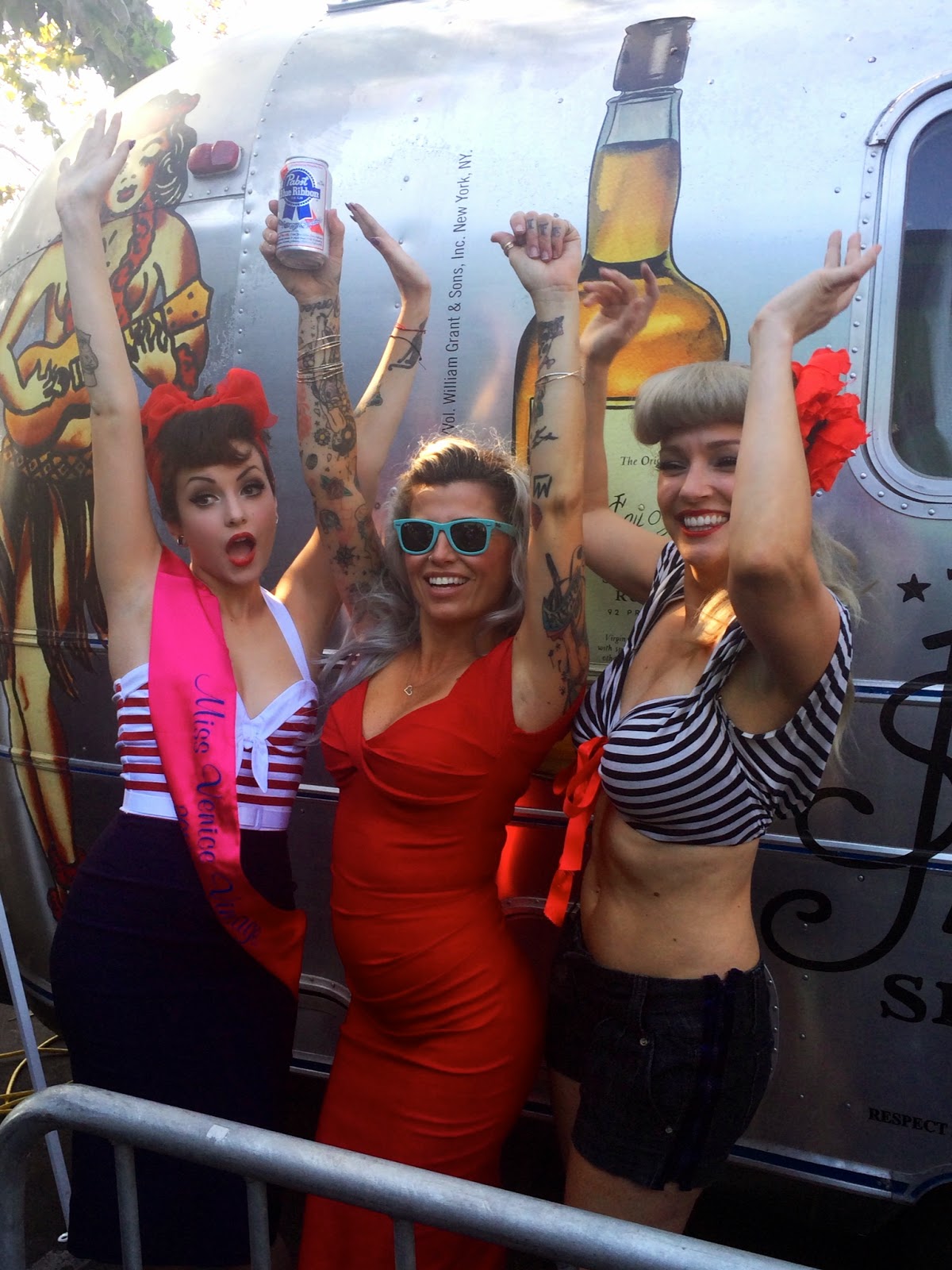 There was an awesome band (who no one seemed to know what they were called) of tweenage kids, playing covers from Rage and The Chili Peppers ... making both my day, and the future secure. 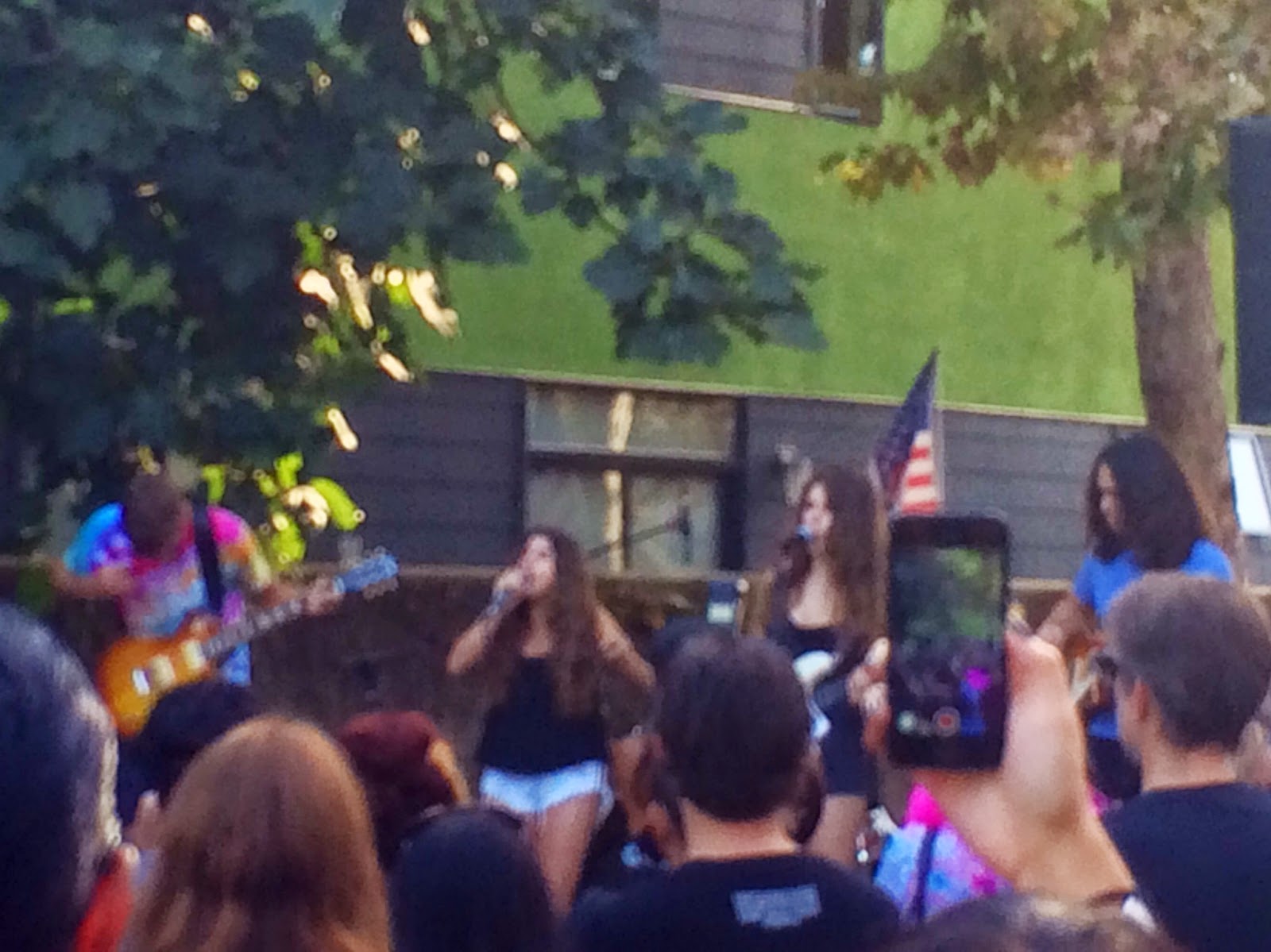 I had Brook from Minnesota visiting, so it was the perfect day to show off all the fun and hijinks that go on around town. She was not disappointed. 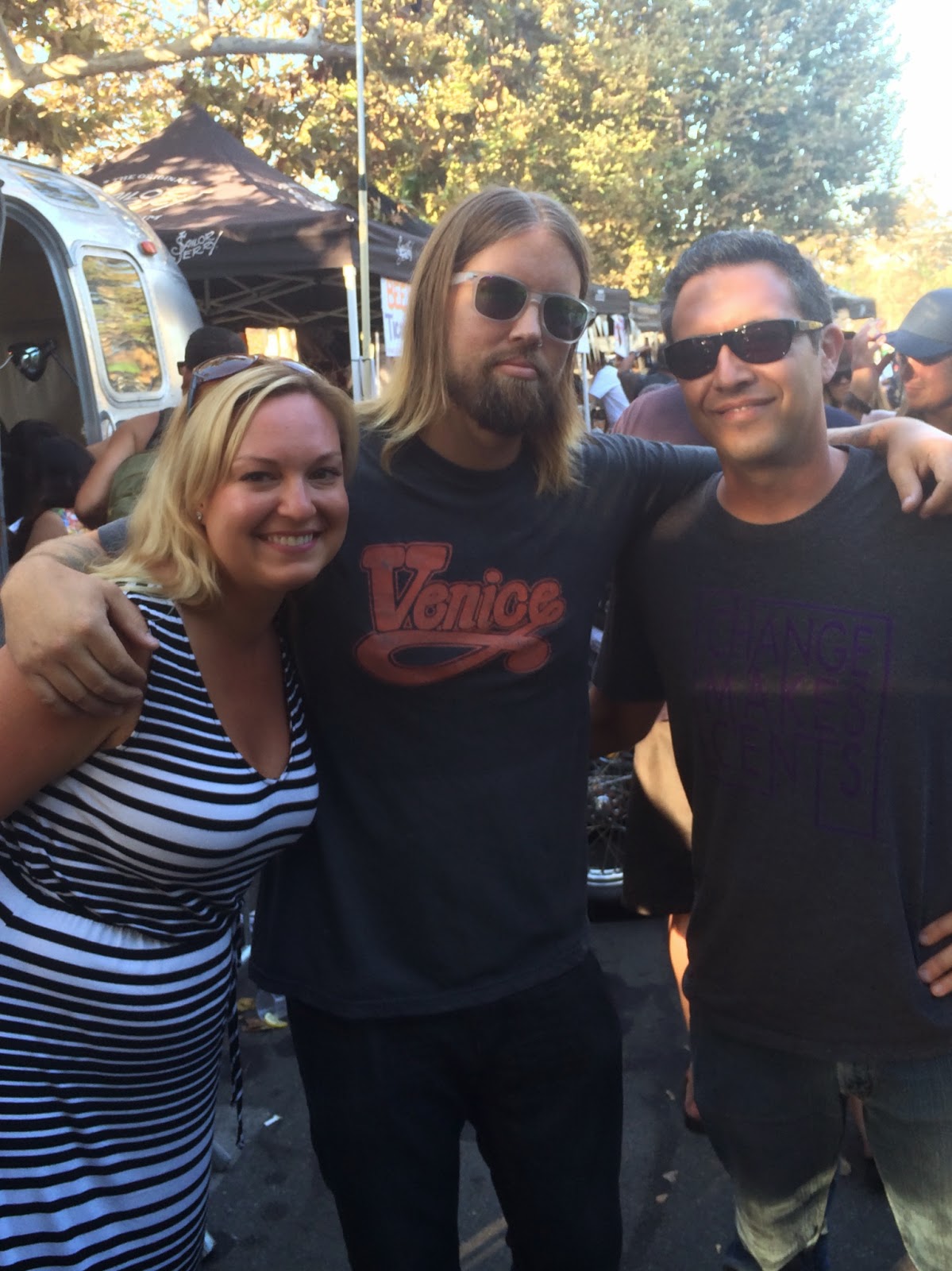 The VVMC donated a fresh, brand new motorcycle to be raffled off, and it was won by actor, Jason Lewis (of Sex and The City fame), who had told his friend earlier in the day, "If I win that bike, I'll give it to you." Well, he did, and he did! How great is that? You can feel the fun and friendship coming right off of this photo, with the little girl sitting on the winner's bike... 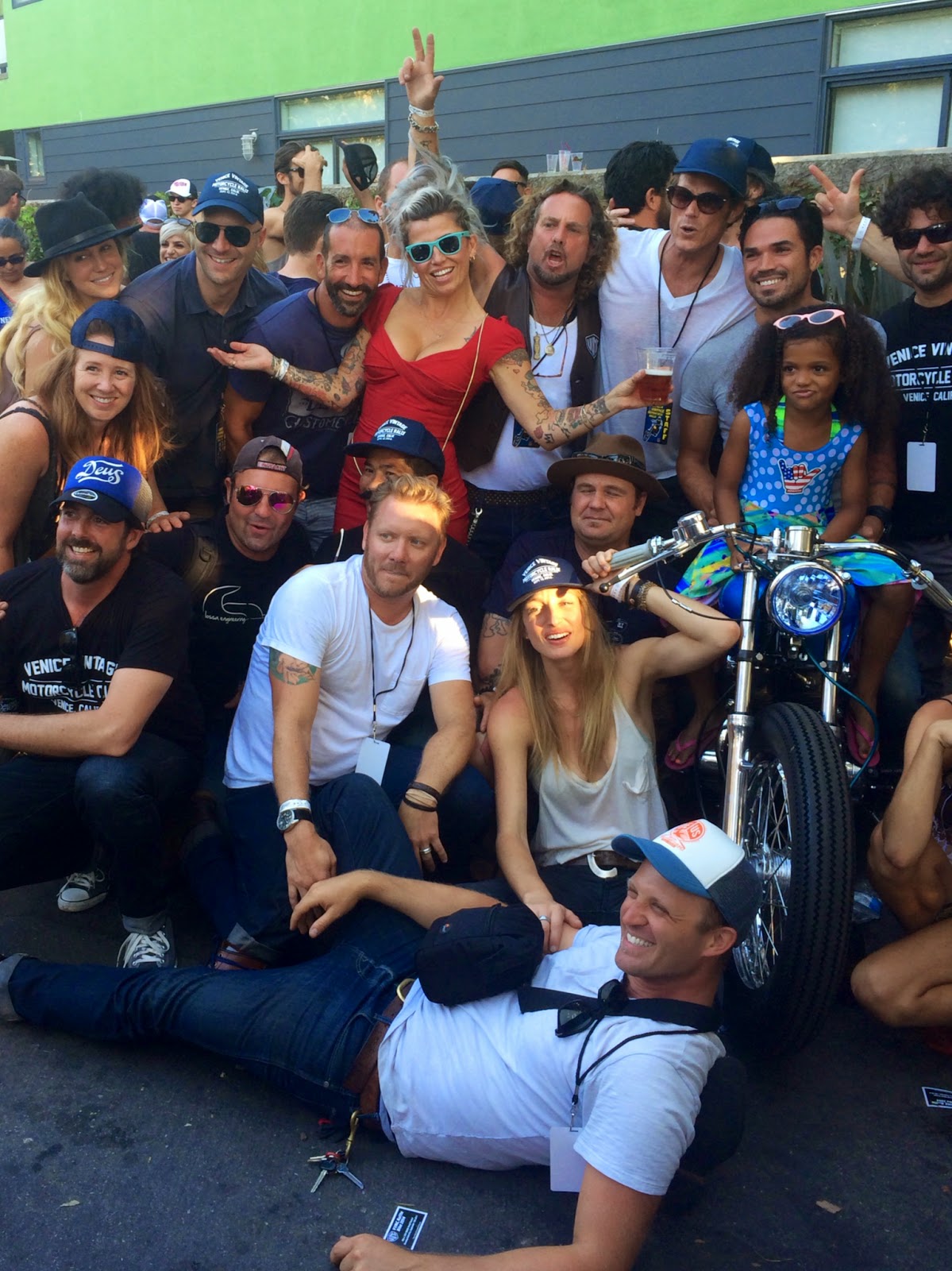 It was fun for all ages, as I saw grandmas in wheelchairs, the most darling kids on the planet, and everyone in between. 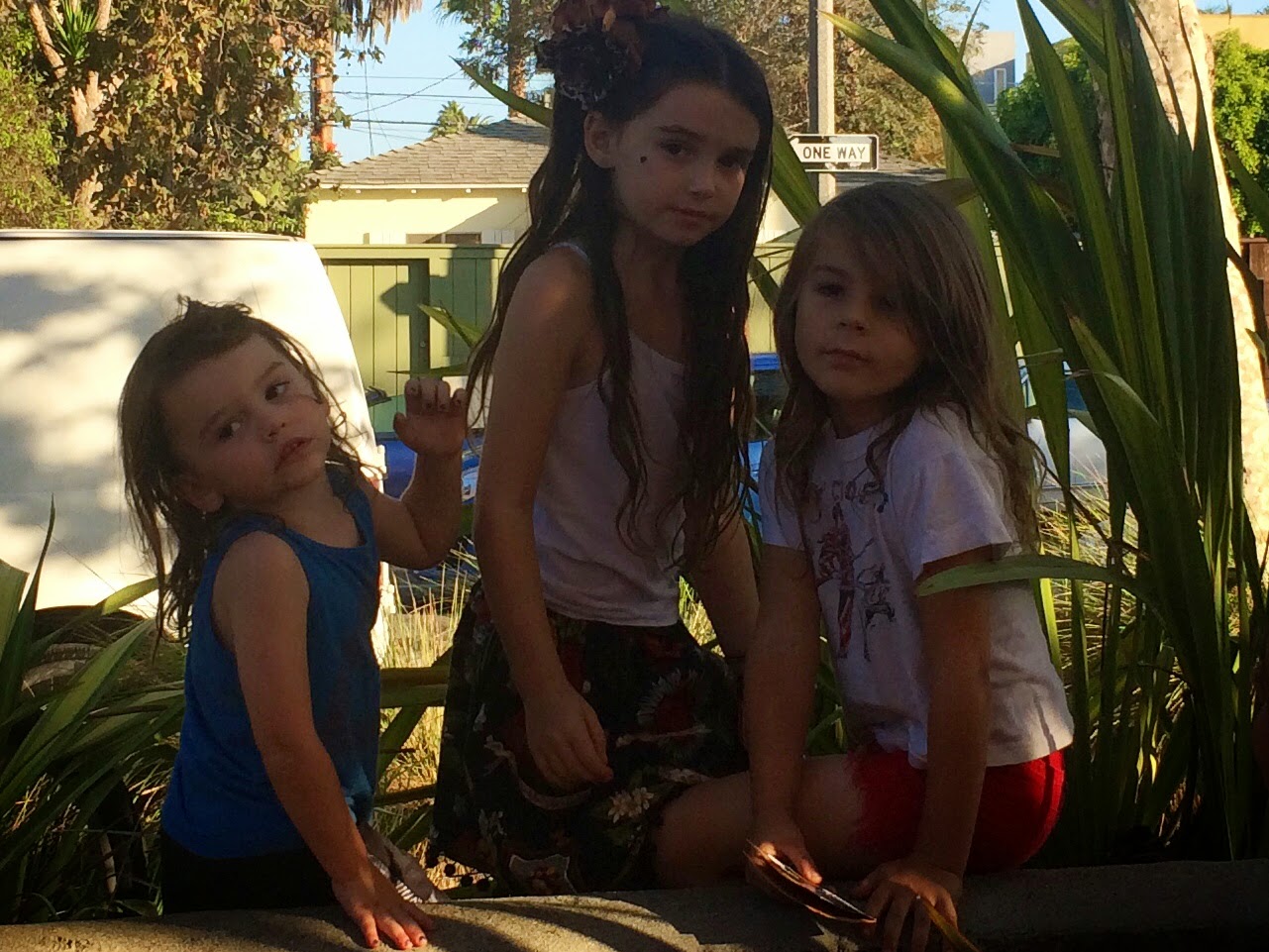 Then it was time for the Hell City Rockers to rock the event to a close, and they blazed through a set that had everyone dancing, fists raised. 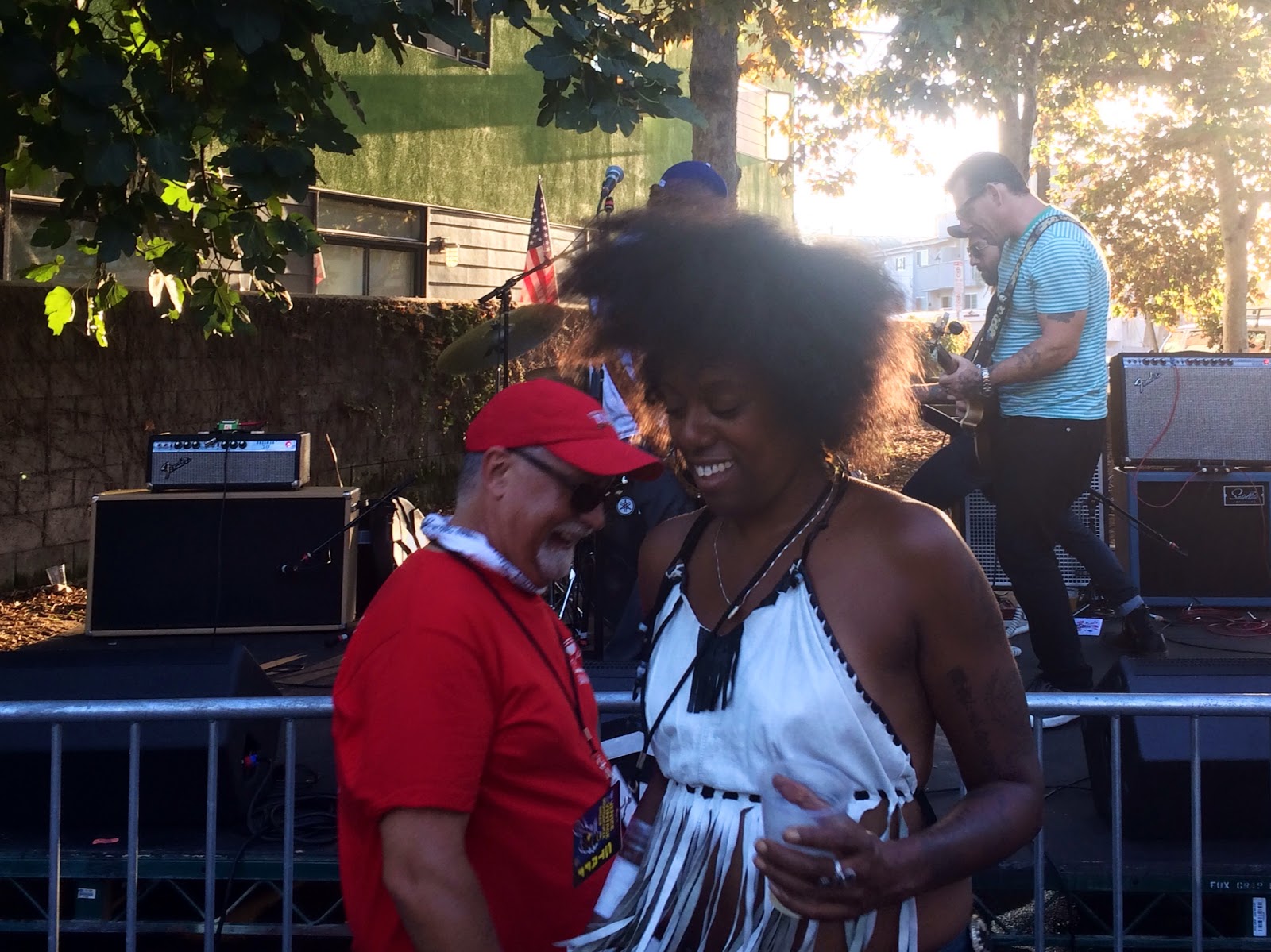 The day had turned golden, with that California light that you just don't see anywhere else, and we really all were out there having fun, in the warm, California sun. All day. 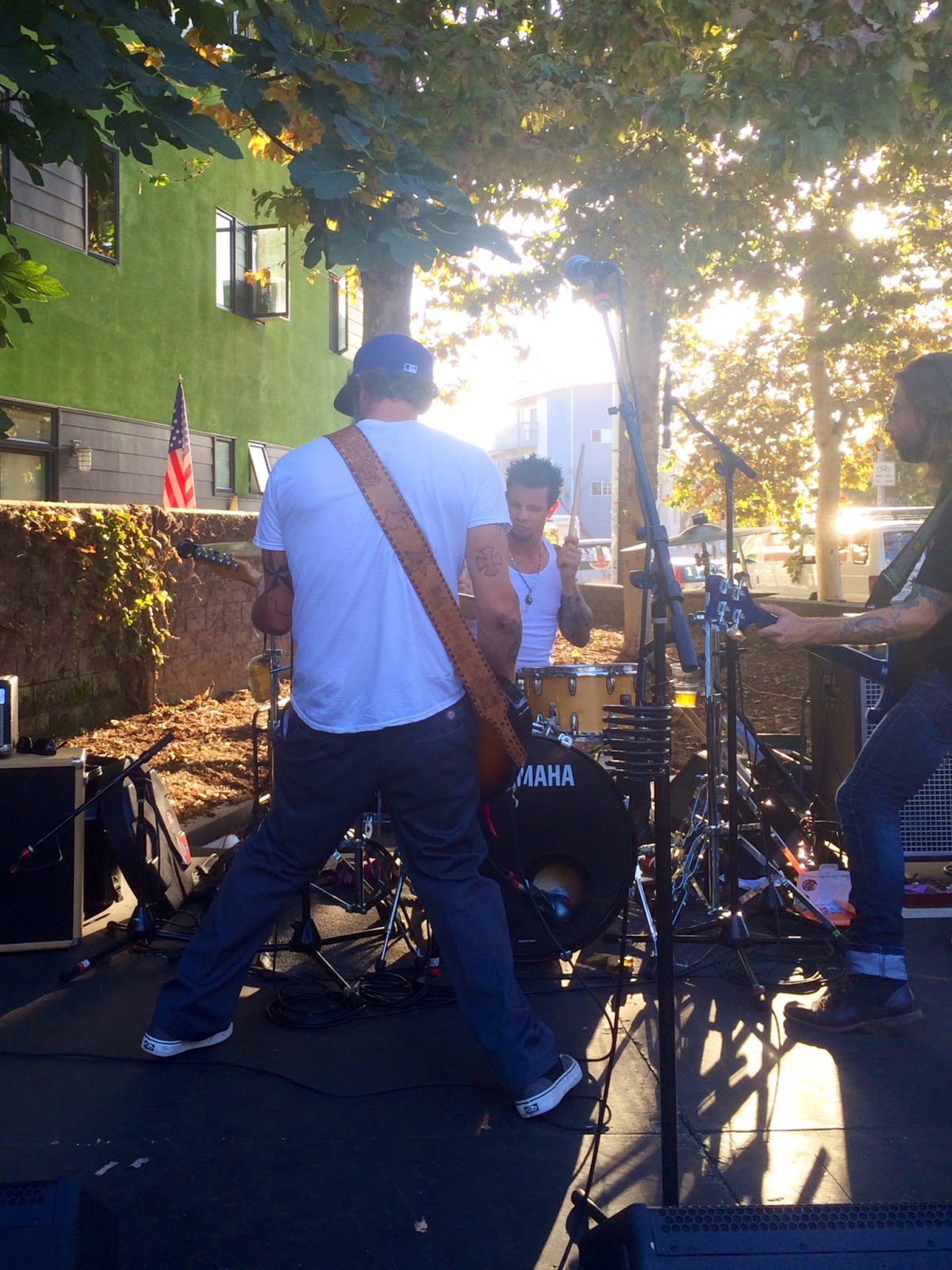 It was fun to see the husband and wife team of Hell City's Carter Falco being cheered on by our Mistress of Ceremonies, Trim's Nik. A very Venice family, for sure. 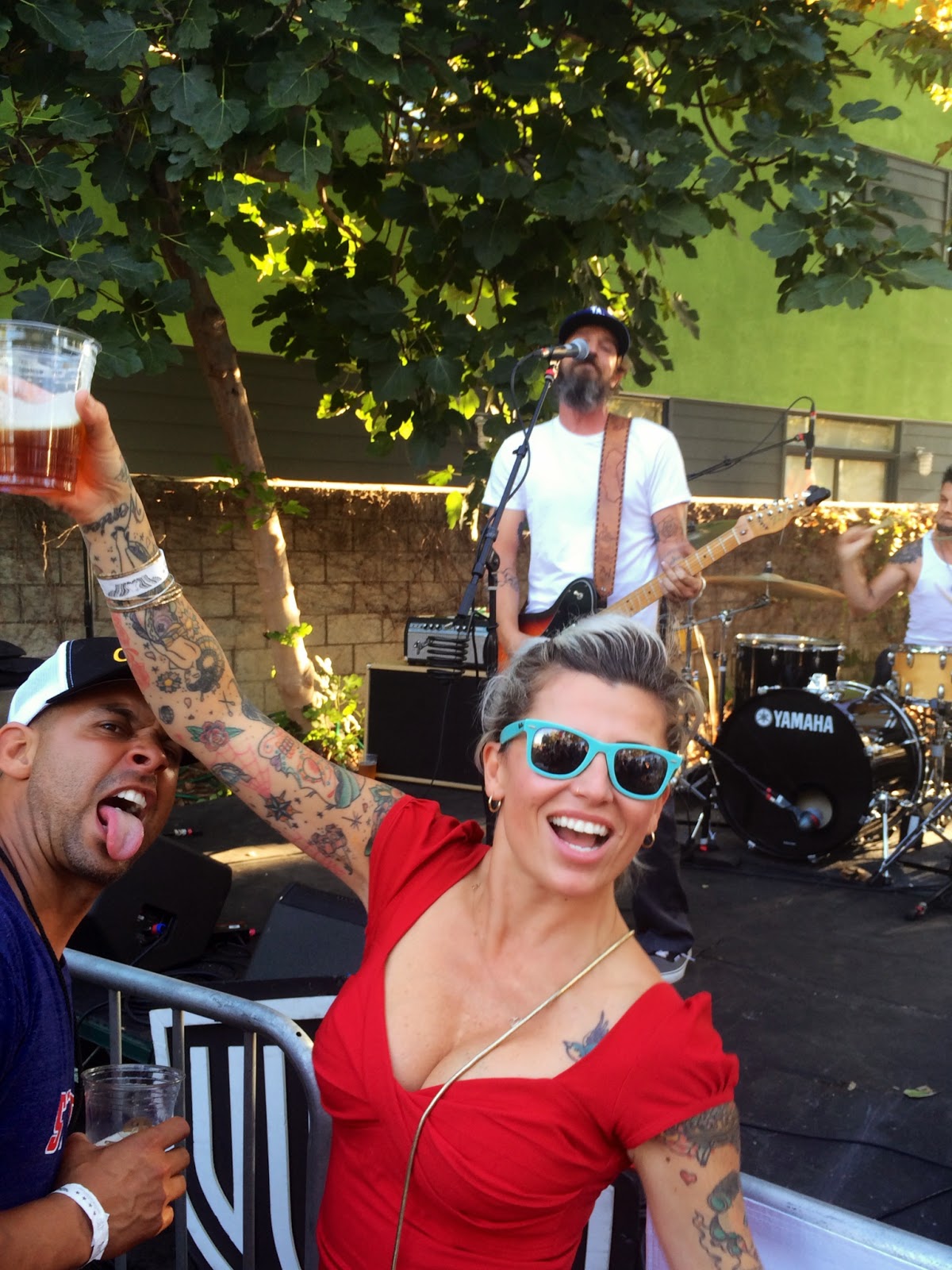 We could have listened to the Hell City jams all night, but there were after-parties and Saturday night things to get into (and probably permits that said to stop at 6 pm), so things actually wound up as the event wound down. 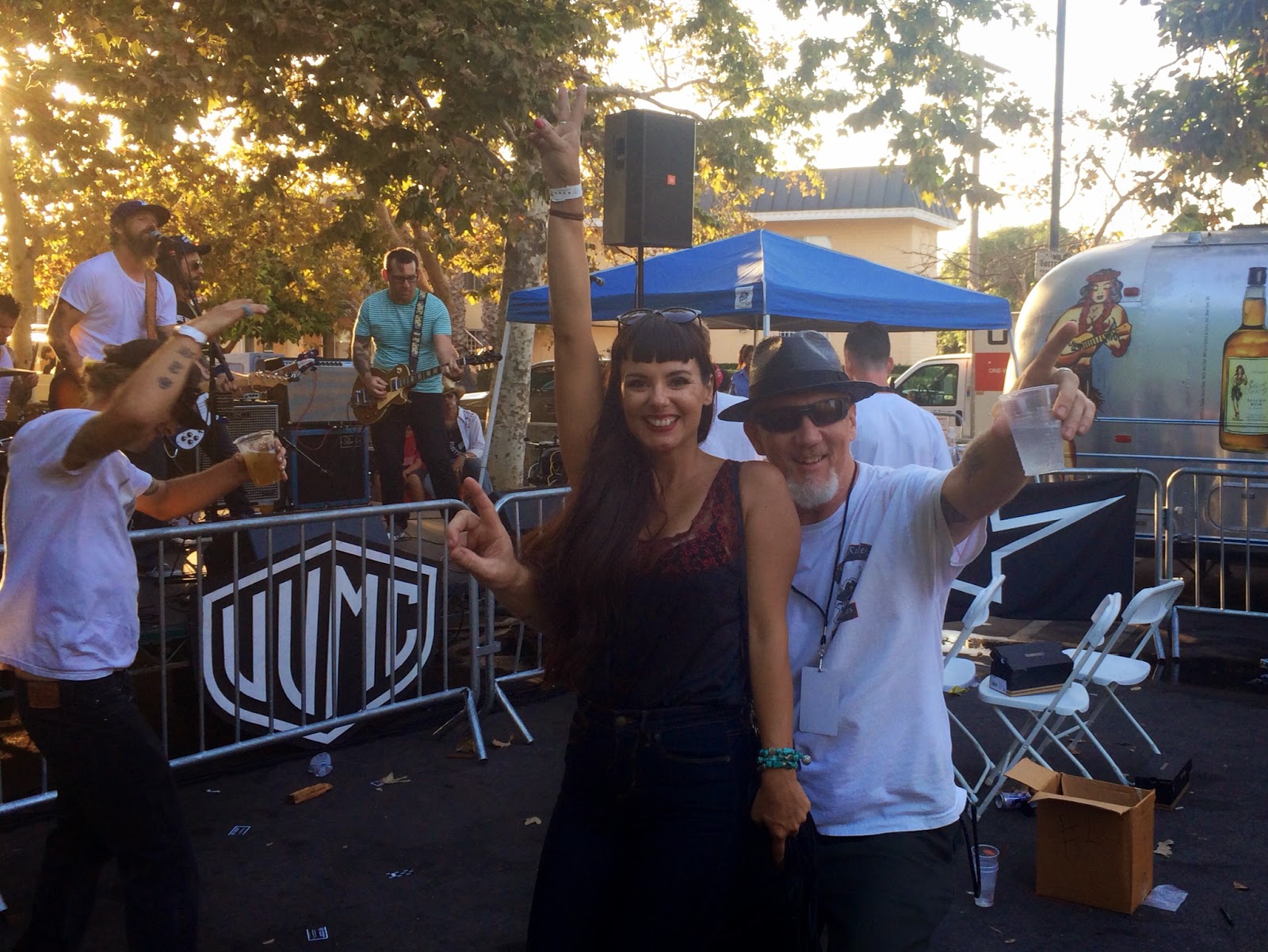 A great day, morning 'til night ... and yet another reason why we love to live, work and play here. 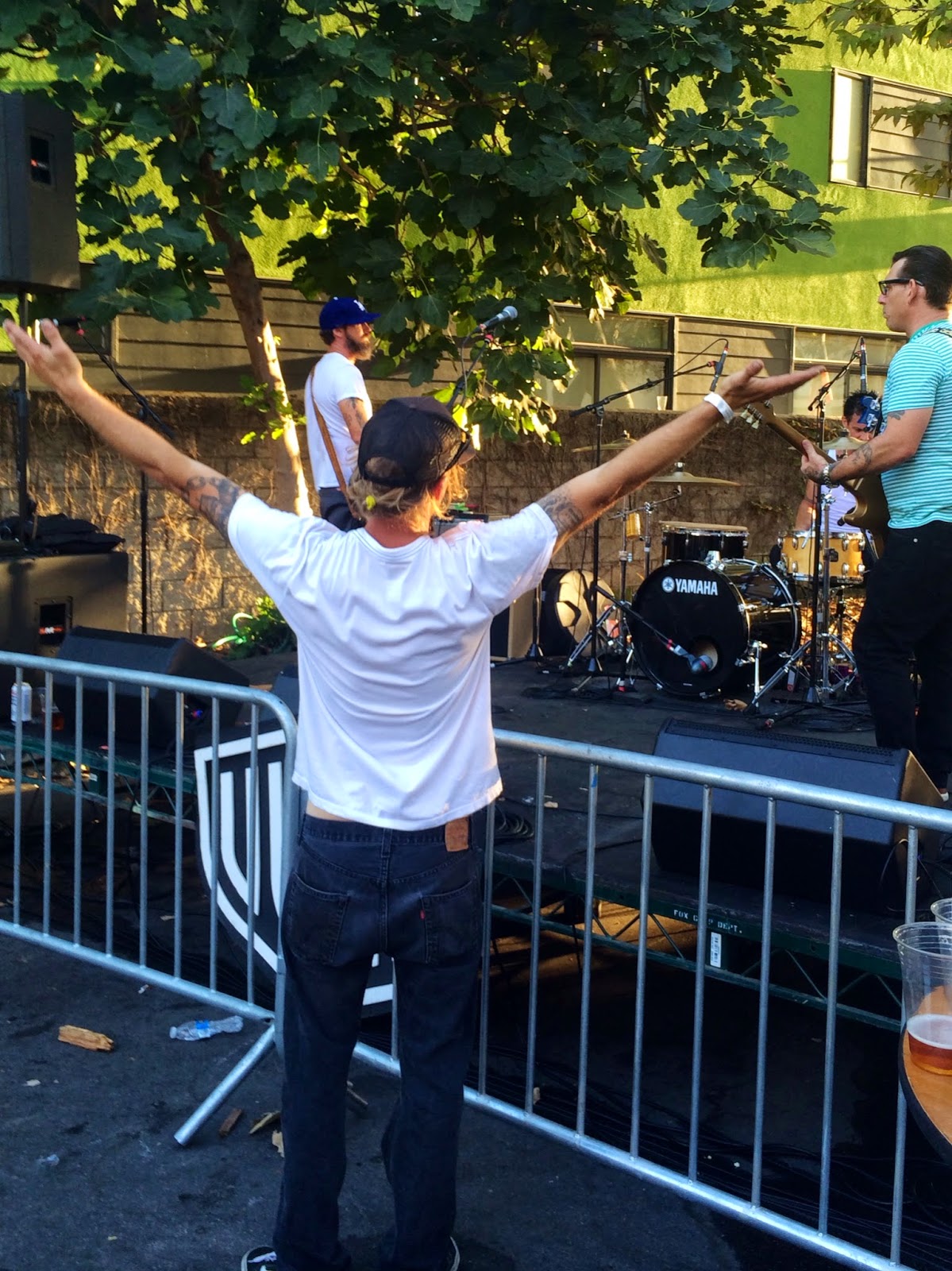 Thanks to all at the VVMC, and all the sponsors, volunteers, performers and riders who made the day so extra fun (But aren't biker people supposed to be partiers? Can the morning ride start a little later next year? Just wondering ....) Vrooom!
Posted by CJ Gronner at 3:49 PM