After writing about Nicole Rucker's Kickstarter film project back in March of 2013 , the eagerly awaited Pie Fidelity premiered last night at the Silent Movie Theater on Fairfax. It was a celebration of both the great American road trip ... and the great American favorite - Pie.

After cleaning up in the KCRW Pie contest, Rucker set out with her director, Casey O'Brien and their crew to try pies and meet their makers along the way to Orlando, Florida to compete in the 2013 National Pie Contest. Rucker thanked all from the Gjelina group (where she is the house baker), by saying, "Exploration is the name of the game - no matter what." O'Brien simply introduced the film by saying, "She's really good at making pies, so we made a movie about it." There you have it. 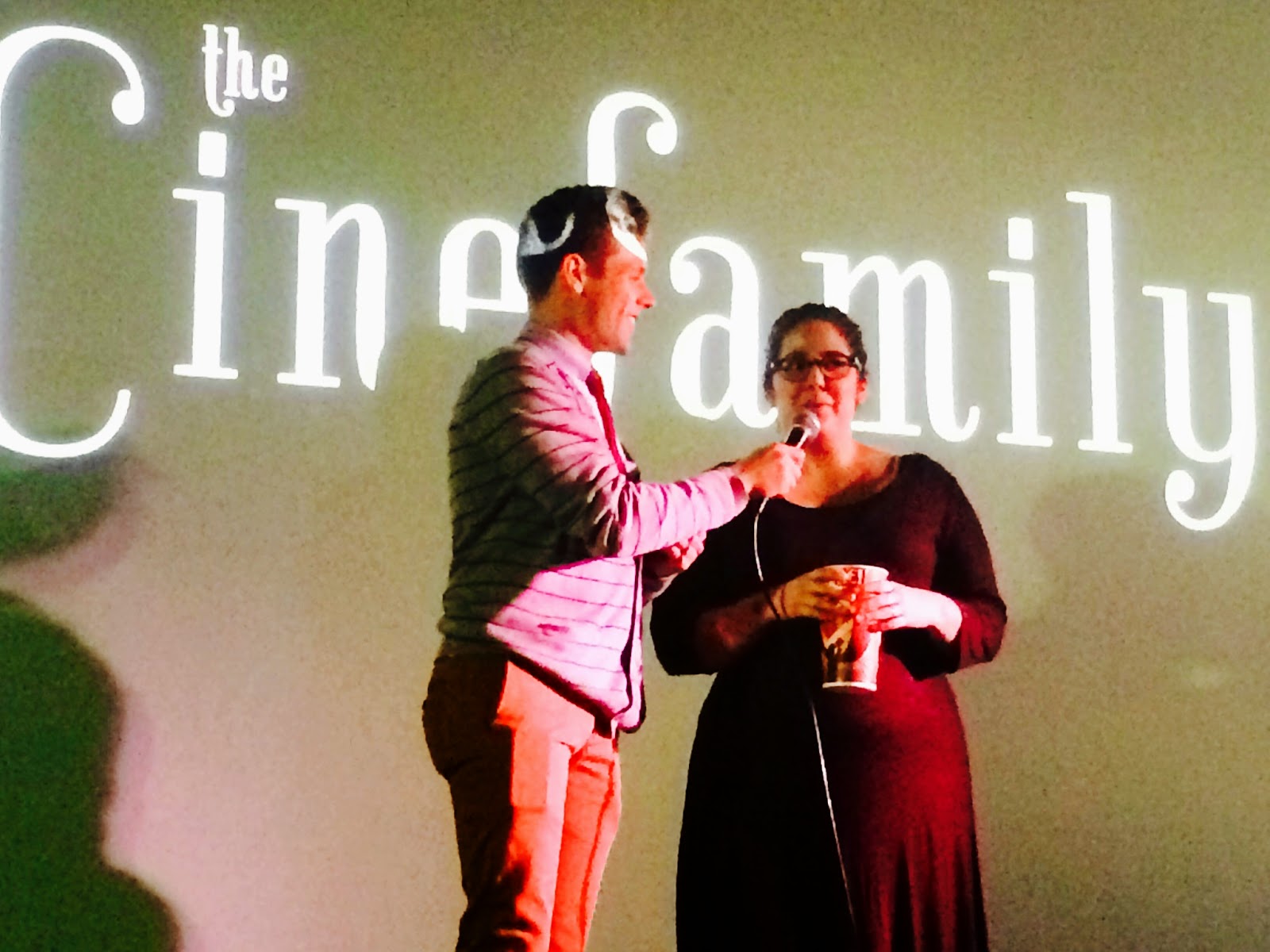 The film couldn't be more charming. As Rucker says when she arrives in Florida, "I was visually assaulted by a level of Americana I'd never seen." The same could be said for the film, which spotlights all the very best things about that America ... old fashioned skills, farm fresh ingredients, beautiful land, the open road, and the biggest hearts of the biggest characters.

"I like characters," says Rucker in the film (I do too!), and it shows. The folks they encounter along the way, from Venice to Orlando, are lovingly portrayed in all their down-home glory. The "Pie stops" along the way include Pie Town, New Mexico, where there were no pies to buy until Kathy Knapp moved to town and opened up shop. There her many satisfied customers experience "Piegasms", oohing and aahing over her delectable creations. I'm going there.

Rucker Ranch in Oklahoma was the next stop, at the home of Blaine Rucker's (Nicole's husband) relatives. There they enjoy home-made pies and wisdom shared ... "Always say thank you, I love you, and I'm sorry."

On they travel to the Arbuckle Mountains in Oklahoma, home of The Original Fried Pie Shop. Fried. Pies. That's really all you need to know. Throughout the film, the various characters are gorgeously photographed in a series of stills that are so wonderful, they really demand their own coffee table book or something (with recipes, please!).

A stop in Texas to visit a friend's Grandma Jodie is a joy, and then it's on to Louisiana, where they get to sample the wares at Strawn's Eat Shop in Shreveport, where "It's like being at Grandma's house." Which I think is the appeal of pie. Childhood memories, simple pleasures, someone baking something from scratch with nothing but love. That's why I love to make (and eat) pies, and I certainly got that from my Grandma Olson. I'm also going to Strawn's.

The final pie stop in this adventure was perhaps the coolest. and the one Rucker herself was most anticipating a visit to - the Pie Lab in Greensboro, Alabama. "They put a modern take on what we're doing.", said Rucker. Wow. They have single-handedly (together) transformed the Mom and Pop Main street in Greensboro to once again be a thriving center of the community, where their philosophy states, "Pie + Conversation = Social Change." Awesome. I'm for SURE going there.

From there, they high-tail it to Orlando for Rucker to compete in the "Perfect Pie" category in the National Pie Contest. When her absolute perfection of a four-apple-combo apple pie comes out of the oven, the Silent Movie Theater audience audibly moaned and gasped ... if only it were in Smell-A-Vision!

The National Contest is hilarious. Young ladies in pie costumes, red, white and blue bunting everywhere, the Pillsbury Doughboy as a host ... it really is an explosion of Americana. It's highly amusing to watch the Ruckers take it all in, and exceptionally awesome when - SPOILER ALERT - Rucker takes home the blue ribbon. 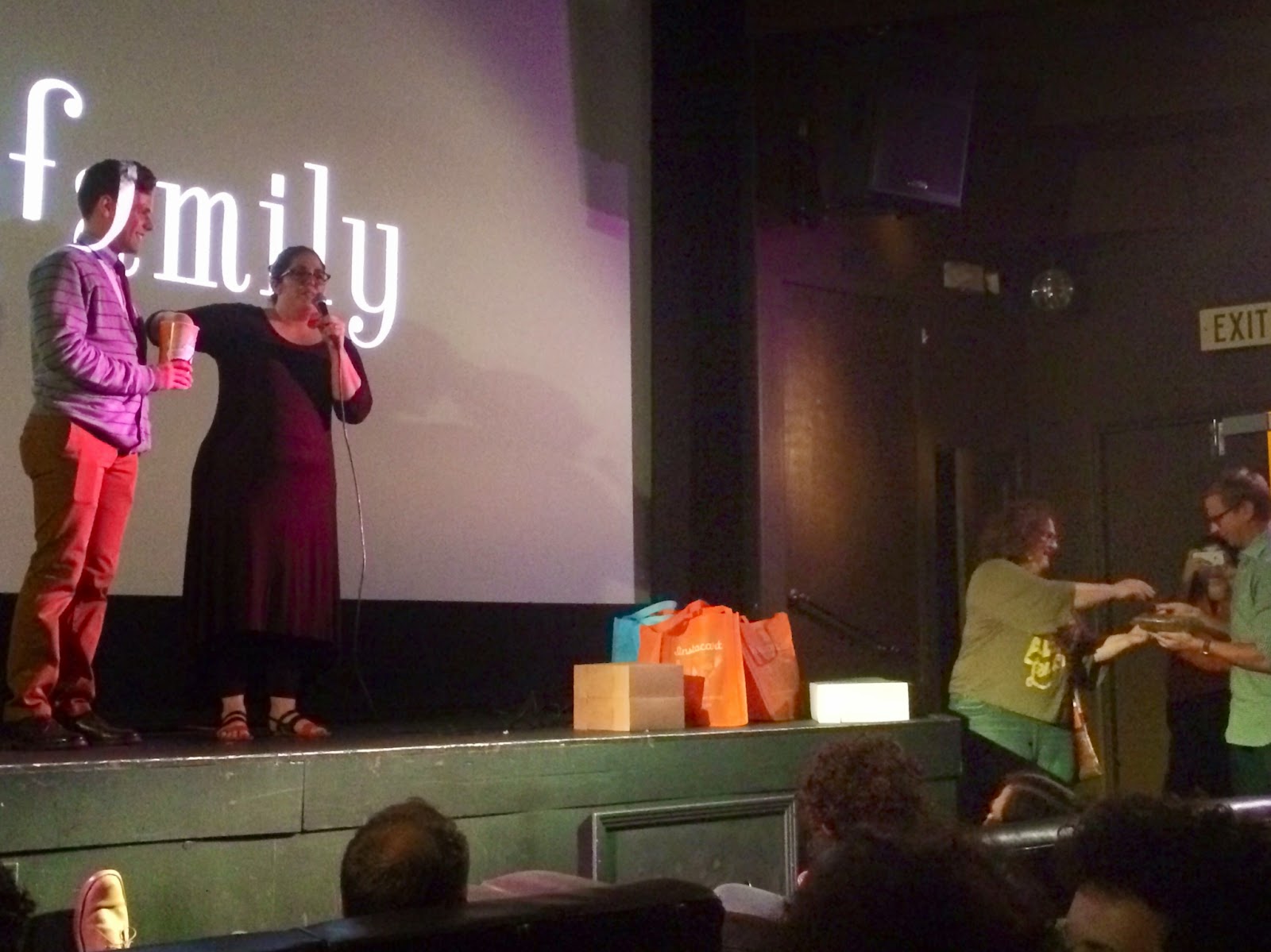 The theater erupted in applause and cheers at that foregone conclusion, and after distributing the pies won in the evening's raffle (donated by fancy chefs about town like Evan Kleiman, whose apple I got to taste, and it was flawless), it was time to EAT PIE in the courtyard pie after-party. 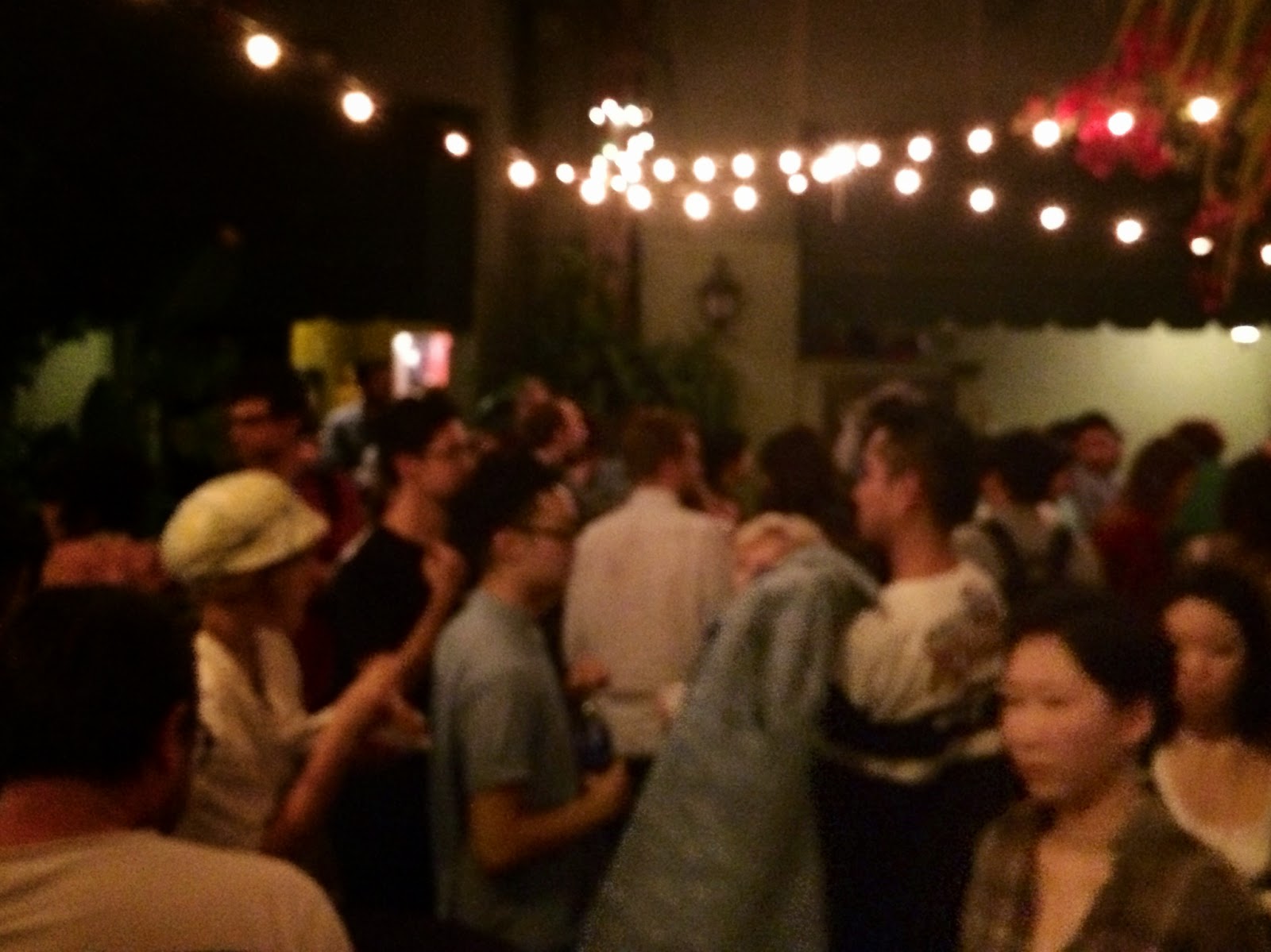 The entire evening was delicious, and so heart-warming. The simple delight of a piece of pie with friends ... enjoyed all across America. 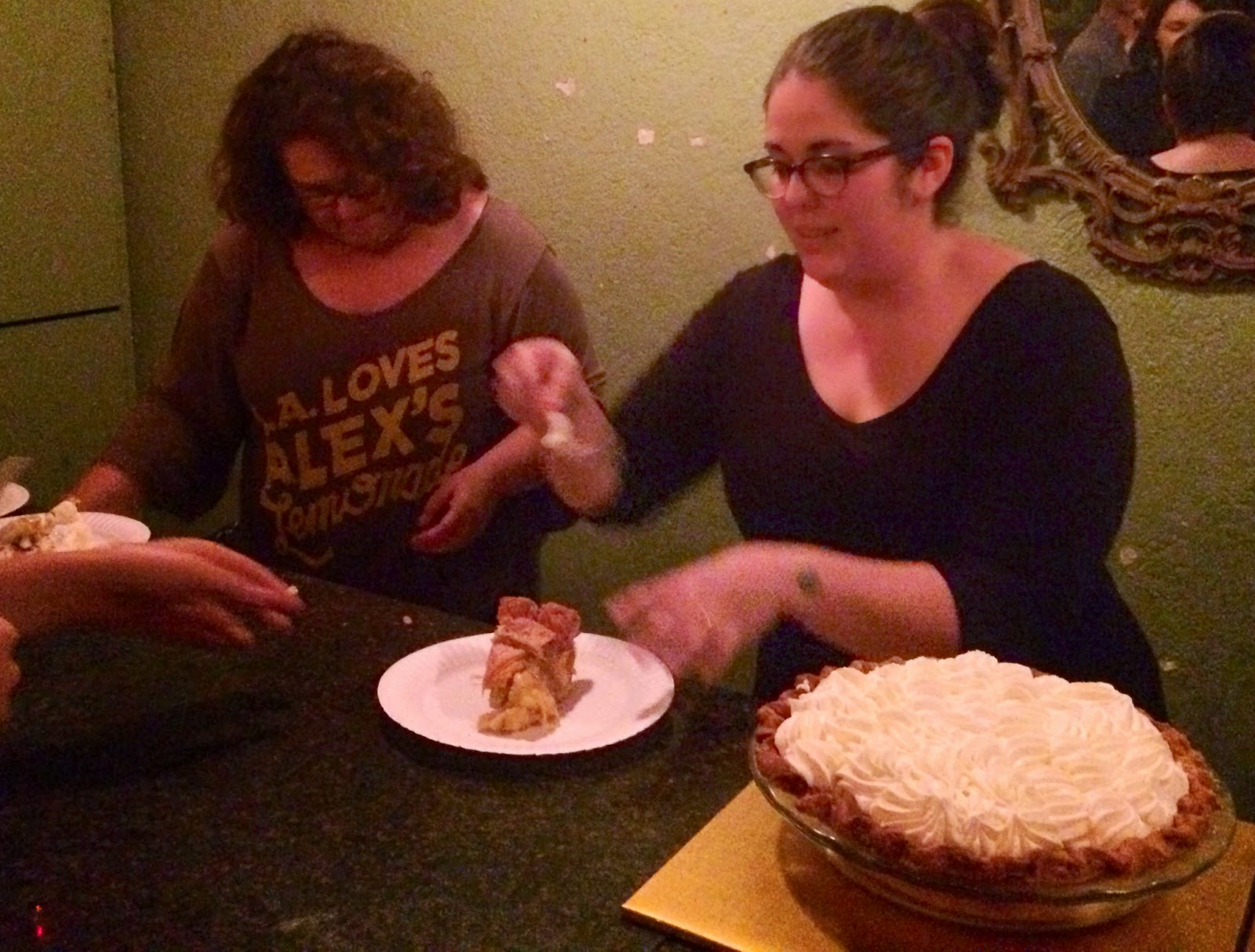 Pie Fidelity is a triumph of pie, fun, and friendship. There could be a full-length documentary on any one of the characters involved. Like all the best movies. and all the best pies ... it leaves you wanting more. Many thanks to all involved for taking us along on this absolute treat of a trip, and sharing all that love. And pie.
Posted by CJ Gronner at 12:05 PM