Day Two. We got off to a little slower start (as seems to happen progressively at Lollapalooza), got dolled up, had a little more champagne - it's a celebratory place! - and headed over to the site with Etty. What a GLORIOUS day in Chicago! Absolutely perfect, clear blue skies, with a slight breeze. Amen. 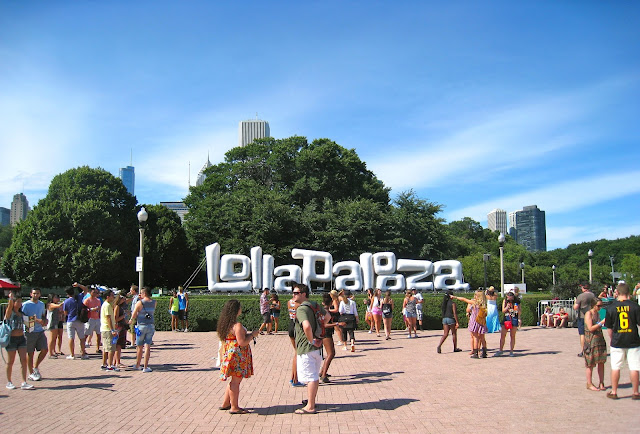 Once in the Perry compound, we compared notes on the previous day and made game plans to try and see as much music as we could today. We had our work cut out for us, especially considering there is simply just a lot of fun to be had hanging out with those that we only get to see at this event, as we're spread out all over the country. The earlier timed bands tend to get missed for sure, sadly. I did a little exploring of the grounds, and was just floored at how massive and well put together the whole thing is. There really is something for everybody, and there are plenty of places to find shade and quiet if you feel yourself needing that. I did not. 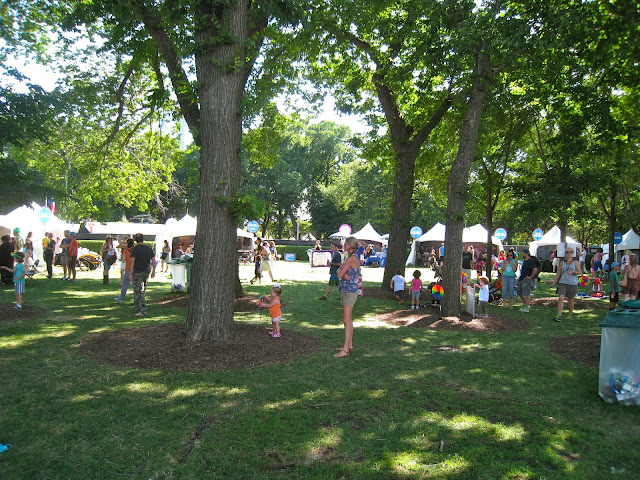 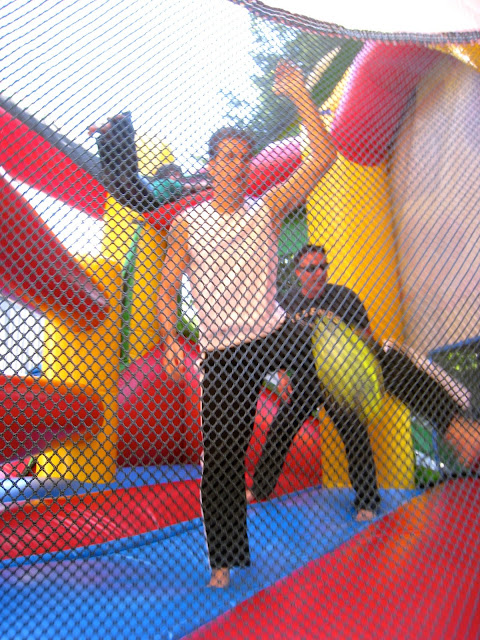 Then the entire gang headed over to the Kidzapalooza Stage to see Sean White's band, Bad Things. The Flying Tomato has cut off all his hair, was stylish in a vest, and is playing guitar - AND missing the X Games back in L.A., curiously? 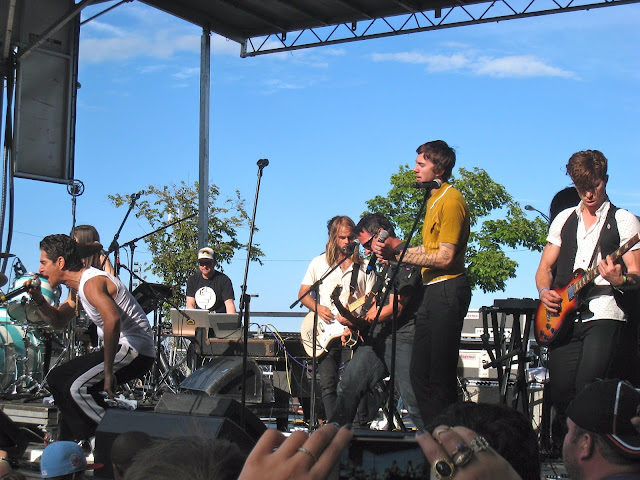 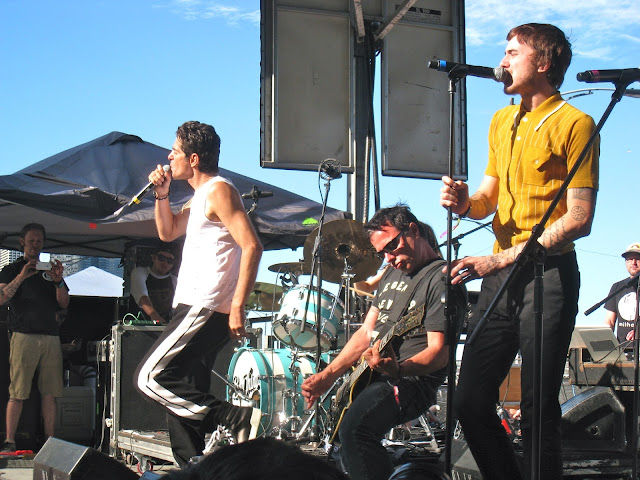 Perry's kids had a lot of school friends in attendance this year, and it was a joy to see them see their friends' dad in full rock star mode. Super fun times. 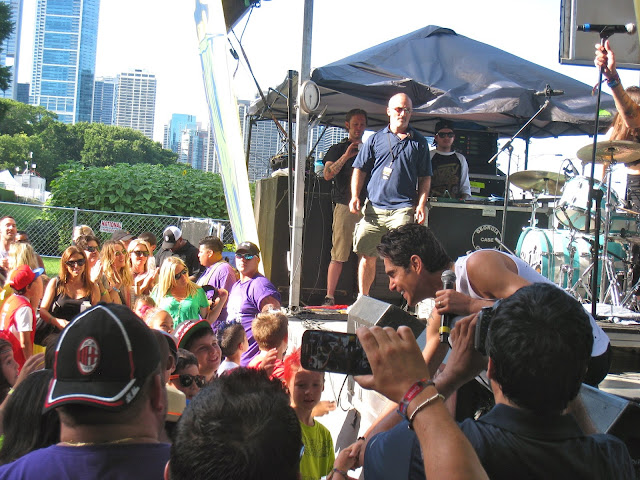 From there it was time to divide and conquer, as you can get a whole lot more in when you're not gathering ALL the troops, finding enough golf carts, etc. 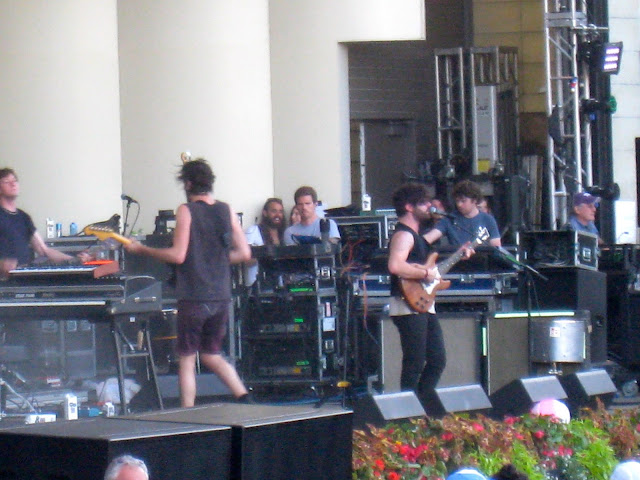 I took off for some HAIM, some Local Natives, and some Foals. All were pretty good. 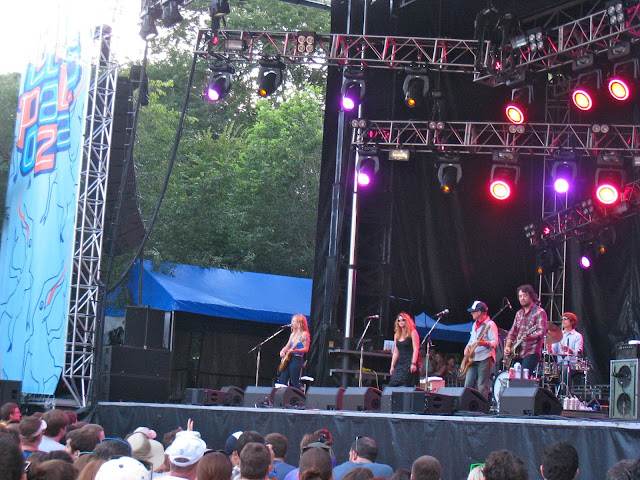 I love The Heartless Bastards, and got to see them play a few up close before we had to race to meet the group over at Kendrick Lamar. Holy Moly. I have a lot of diverse musical taste, but in the whirlwind of life, some things get by you. I had no idea how HUGE Kendrick Lamar is. 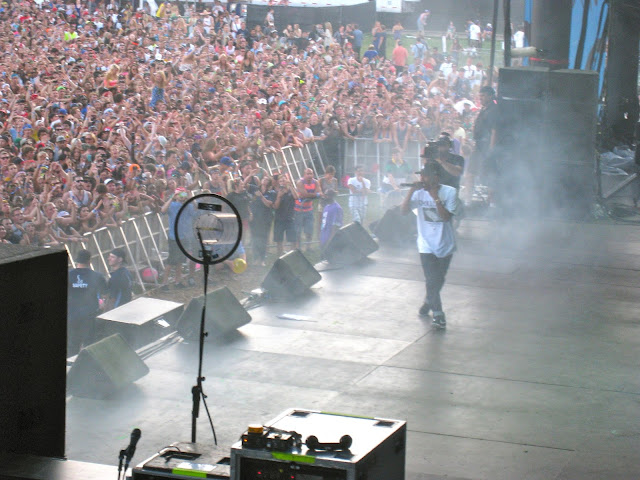 The crowd stretched all the way back, and everyone was singing along loudly. I laughed when the bespectacled, most straight-edge looking young guy of all time next to me was singing, "Pussy and Patron will make you feel alright ..." I looked at him and said, "Did you just say 'Pussy and Patron'?" He very seriously answered, "What else is there?" Well, go ahead, young man! 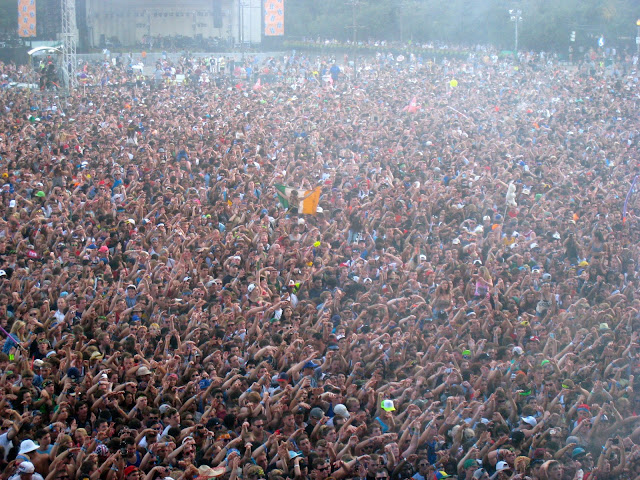 Every new song that started up had the audience going even more wild. Kendrick Lamar is a big deal, I learned. I can't imagine being in the thick of the middle of that crowd, but each and every face had a beatific smile going on - even the ones strapped to stretchers getting taken out of there (seemingly due to drugs, heat, dehydration and stuff, not injuries) were mostly smiling with their glazed over eyes. It's a good time when even the fallen are happy. 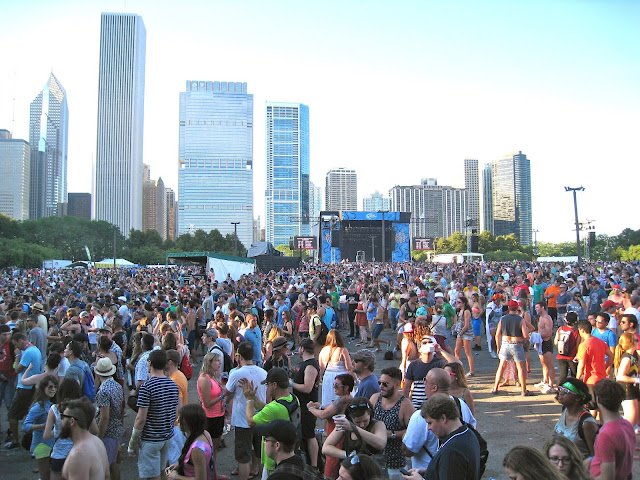 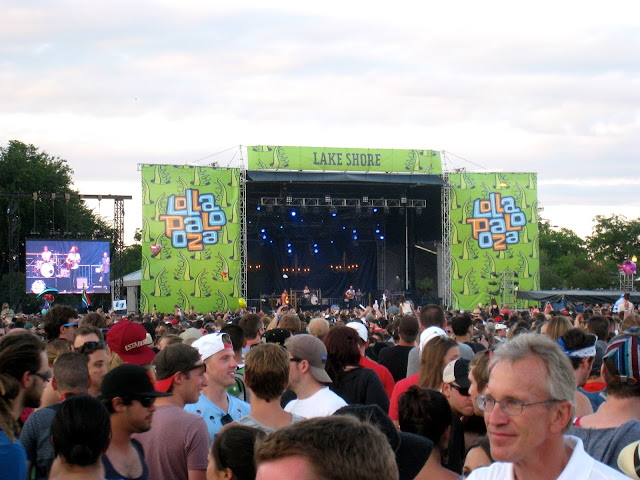 Azealia Banks had canceled her spot due to a throat infection, so at the last minute, Perry and Peter D. were going to step in and blow minds. One of the highlights of the entire Lollapalooza was listening to them rehearse "Under The Tahitian Moon" together in the trailer - one of my all-time favorite songs. That I know the story behind, and it is awesome. 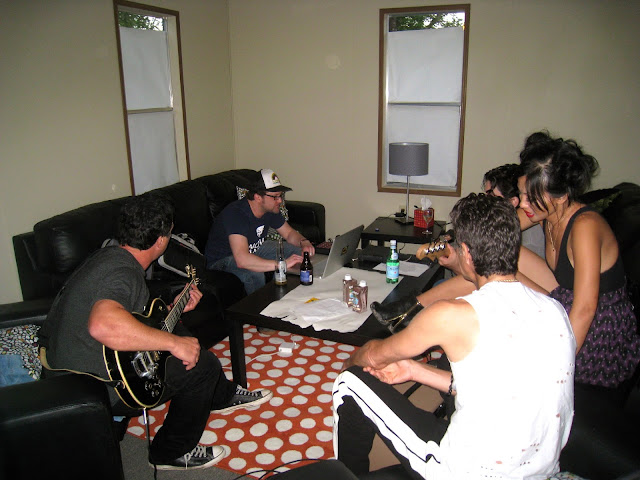 We got the whole gang together and set off for the Grove stage, where again, Sean White's Bad Things were performing. We hung on the side of the stage and waited ... and waited ... until the whole thing was aborted due to some miscommunications and an emptying crowd that had no idea what they were about to (almost) see. It was extra disappointing, but when it does happen ... we should all be there. They were sounding excellent in practice, and I just can't wait. 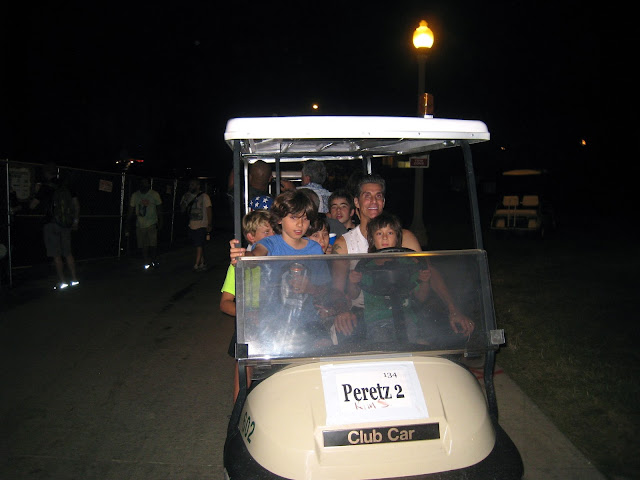 So it was back to the Red Bull Stage end, where I heard a little of Mumford and Sons, but really, it became a party back at the ranch. A big one. And that's how we ended Day Two of a month's worth of shows in one day. Not on a stretcher (barely), but smiling (with glazed over eyes). !!!!!!!
Posted by CJ Gronner at 10:51 AM