The Best Little Bordello In Venice

I've walked by the big, crazy looking gargoyle house on Westminster and Speedway for years, always wondering what the story of the place could possibly be. I finally got the chance to hear it the other day when I sat down to talk with owner, Tony Wells. I had heard varying stories of its origins, none of which were correct. The one I most wanted to be true was the one I'd heard about an old man building it for his love to be protected from evil spirits by the gargoyles (as in Venice, Italy) as a Valentine to her. Not true ... but it is still a love story of sorts ... to Venice. 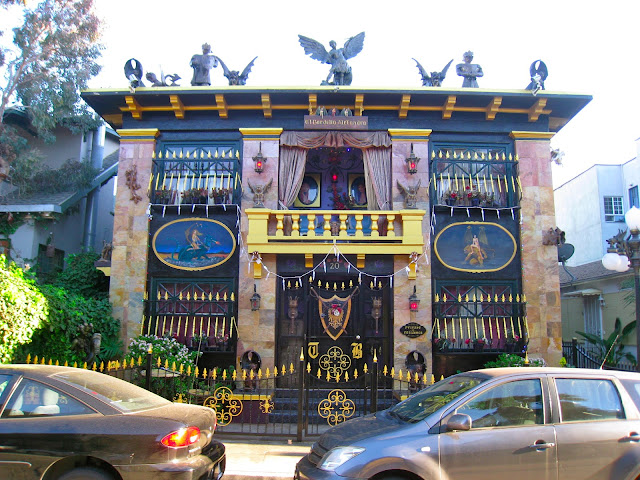 The building was a rat trap back in 2001, populated by tweakers passed out in the hallways, and left to crumble in its squalor. Wells and his partner, Brittany Stevenson, were looking for rental properties (both are in real estate), were intrigued by the cool balcony on the front, liked the area and the eclectic people, and thought they could maybe unearth a treasure if they bought it and gutted it.

As they began to renovate, they dug out the walls, finding a whole bunch of nice, restorable shiplap wood underneath, and then the real treasure was discovered - a hatbox of notes from a Madame Alexandra, who ran the bordello that was this house back when it was built in 1906. The railway lines ended nearby, and the ships pulled up to shore not far away, so it was an excellent location for this mysterious woman (no photographs were found) to run her business servicing the railmen and sailors. Racy. Stevenson always felt the house had a spirit, and a pulse, and began to decorate accordingly. 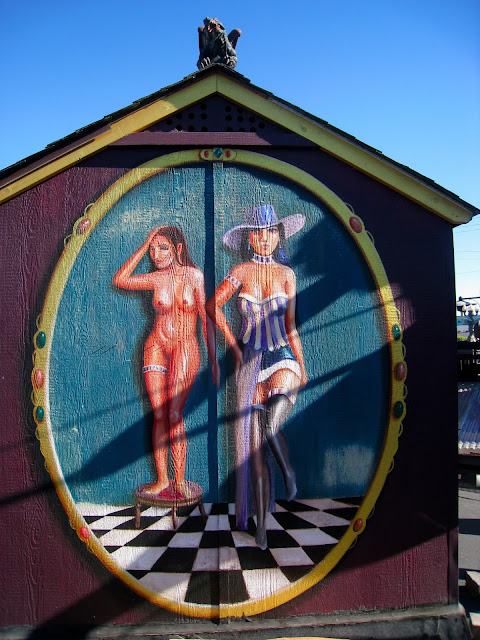 The house was entirely transformed in about three months, and Stevenson put up a couple little stone gargoyles on the roof for protection (ala Italy Venice), as the area was still a little iffy. Wells is not a guy to do things on a small scale, however, and decided that if they were having gargoyles, they were REALLY having gargoyles. Driving back from a trip in Baja, Wells saw a big metal statue on the side of the road near Ensenada. Intrigued, he stopped and met the metal worker (who he knows only as Perfidio) and inquired about his doing some commission work for him. Perfidio's first gargoyle so impressed Wells, that they've created a lasting collaboration. Over recent years, Wells keeps getting ideas, and Perfidio keeps bringing them to life. 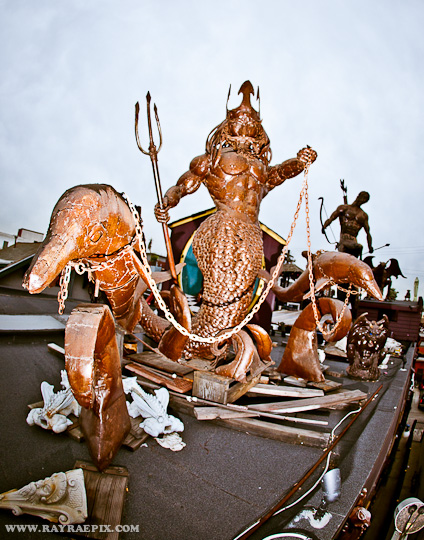 The big, scary, devil looking gargoyles have been joined by a St. Michael angel, and a Poseidon driving dolphins, and it doesn't look like they're going to stop adding them anytime soon. It's a whole process of guys yanking the statues up over the side of the house via ropes and brute strength, and they're stuck in solid, with interior metal poles and things. They're not going anywhere. 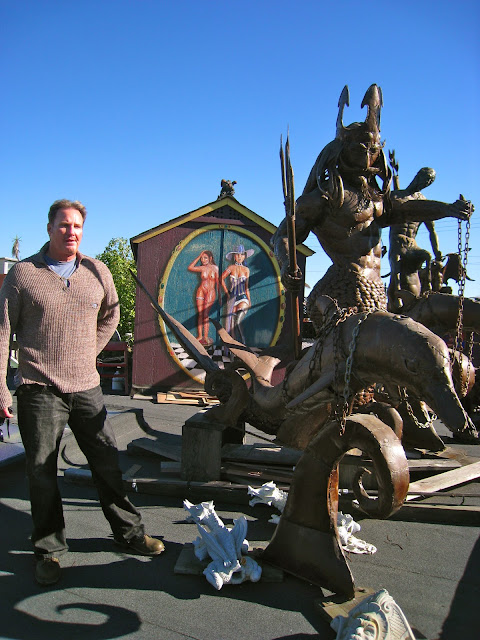 As Wells likes things to be over the top, and both he and Stevenson are very creative types, they had to keep adding things. As they did, the photos started happening. People started lining up out front, asking "What the heck is this place?!" and slowly, a landmark was born. "If this was anyplace else, I'd have a church group out front picketing, but this is VENICE. It works. Just please give us this ONE place in the world to be unique!", said Wells, creating a forever friend in me and everyone else who feels that exact way about our Venice. 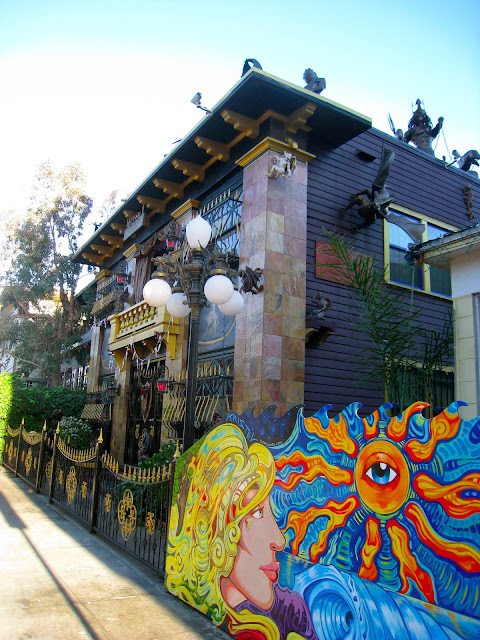 The seven individual apartments inside soon filled up, all with artists and creative types, all of whom are now friends. Some have started businesses together (a family crest Iphone app - Crestmaster.com - inspired by the art and crests on the building, where you can create your own crest), they take ski trips and things together, and all speak of what a great time it is living there, and what great landlords Wells and Stevenson are. 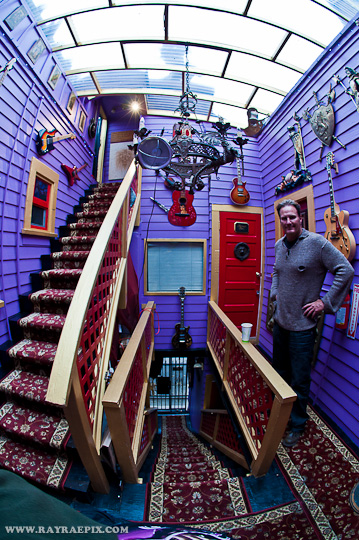 Especially Brian Mylius, the resident painter. He had been homeless, and Wells hired him to do some commission paintings on the house. Mylius now lives in El Bordello Alexandra, and adds to its splendor in some way every day. 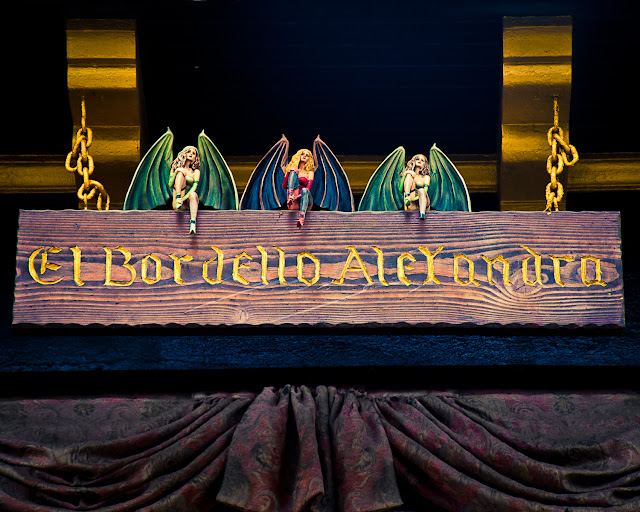 His paintings (mostly of "badass women to protect the place, because men would fuck it up" - T. Wells) are all over the house, inside and out. The still-wet one in progress in the back stairway features Madame Alexandra, how they think she might have looked, with her Mona Lisa smile keeping her secrets intact. 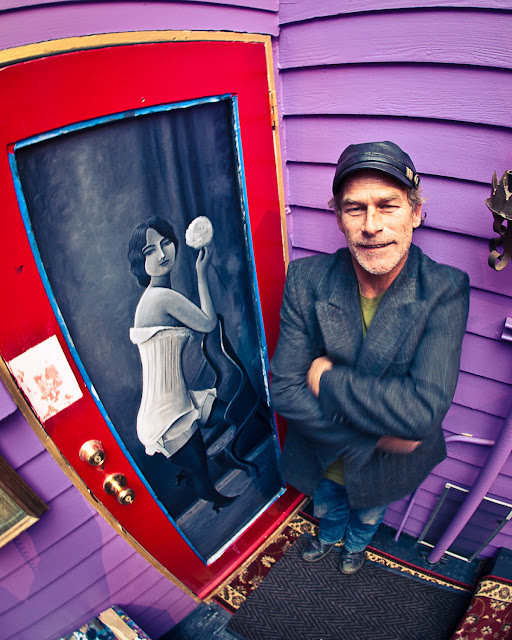 Her secrets still attempt to get out though, as when I asked if it might be haunted (it feels like it could be), the answer given by Mylius was a firm "Yes". Even after burning "pounds of sage", weird electrical things happen, shapes have been seen walking, and odd sounds are occasionally heard when they shouldn't be. The gargoyles might be slacking, but it doesn't stop the tour buses from unloading out front, or the constant questions to residents from passersby as to its real deal. The residents aren't above messing with people, and may tell you it's a ship, or a whorehouse, or a recovery center ... but really it's just a super dope place to live. As Anton Pereiaslavtstev told me, "I liked circuses when I was little, but now I live in one, so what could be bad about that?" 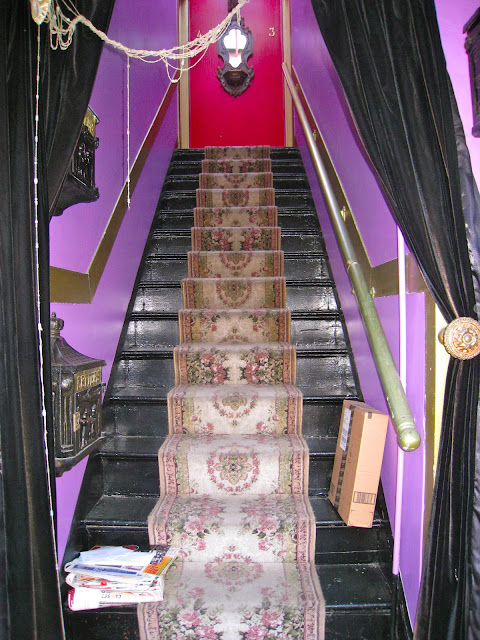 The interiors are painted all brothel purple, red and gold. Itt's all very bordello chic. Gothic furniture, stained glass windows, painted guitars, paintings of woman who look like they probably worked there back in the day, and a sly sense of humor permeates it all. A bathroom overlooking the beach features a sign reading, "The Confessional". 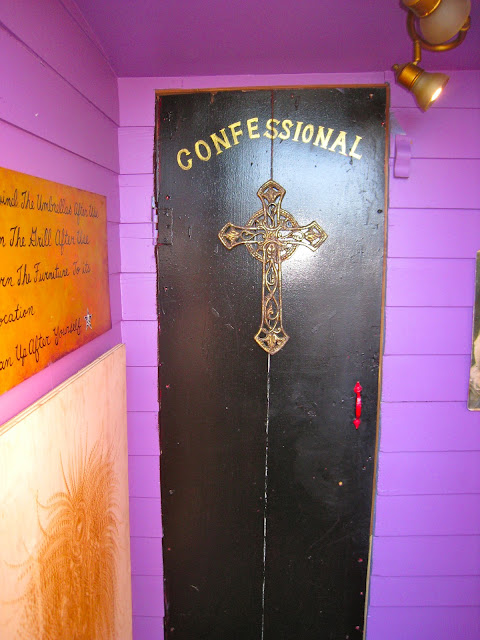 A Captain Jack-like passed out pirate mannequin watches over the rooftop deck, and a comfy couch/fire pit area make it a perfect scenario from which to watch the sunset, as the statues cast their fairytale shadows all around you. Trippy. Venice. 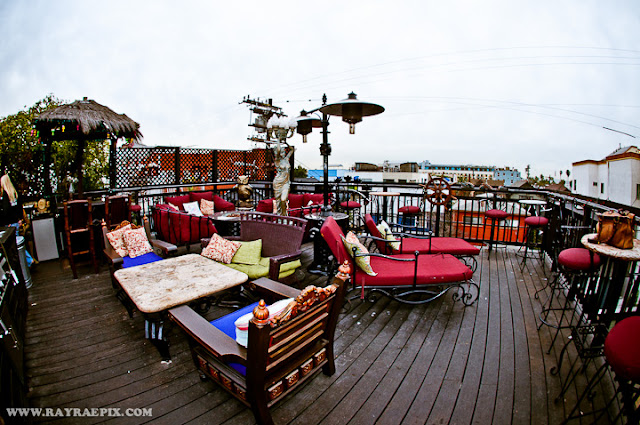 After living in a colorful place like this, you can't really go and live somewhere vanilla and boring, so the residents tend to stay a long time. The entire dwelling makes it feel like Mardi Gras every day. When someone does leave, the residents have to approve a new tenant, co-op style, to make sure that the harmony, creative flow, and friendships made within can continue seamlessly. Everyone seems to be having a good time, and to Wells, that's the whole point. 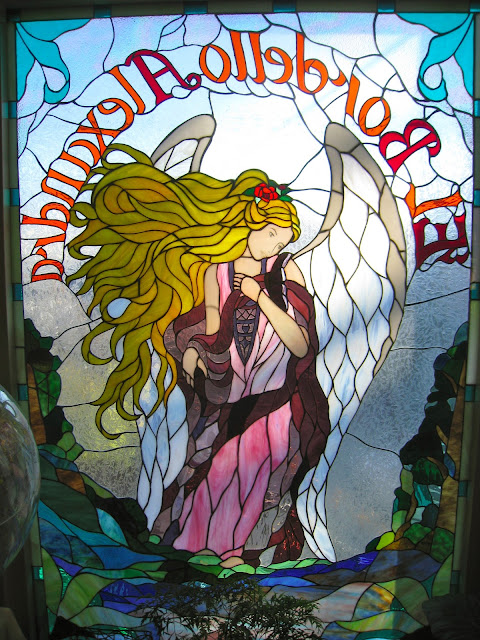 "Venice needs color. Venice needs creativity. Venice needs attractions. If you live here, it's your duty to step it up. Be colorful, show people a good time. Let's bring it back. And let's start now." 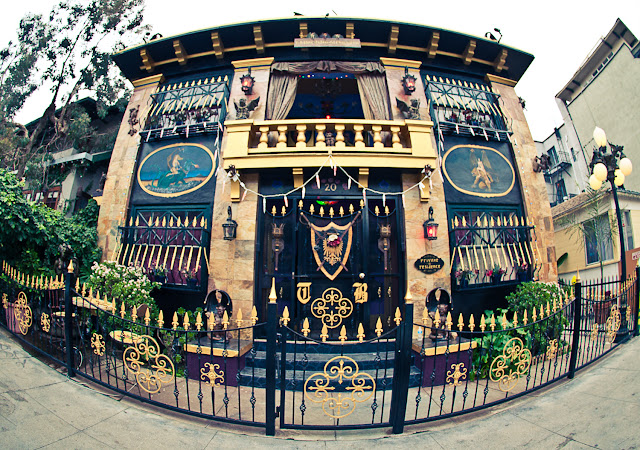 Obviously I whole-heartedly agree. I was so happy to discover that this house's story was indeed a true love story. Pure love for Venice is lived out in these walls and on the sidewalks around it, every single day. A Valentine to the town that inspired the fun and creativity and Why Not?! attitude that literally leaps out at you as you pass. 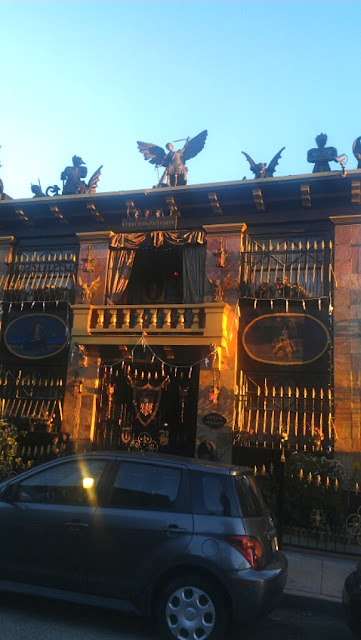 We were standing out front talking, wrapping it up, when Wells said, "Do good things ... it comes around." Just then a car drove up, stopped to take pictures, the people inside smiling and happily asking questions. 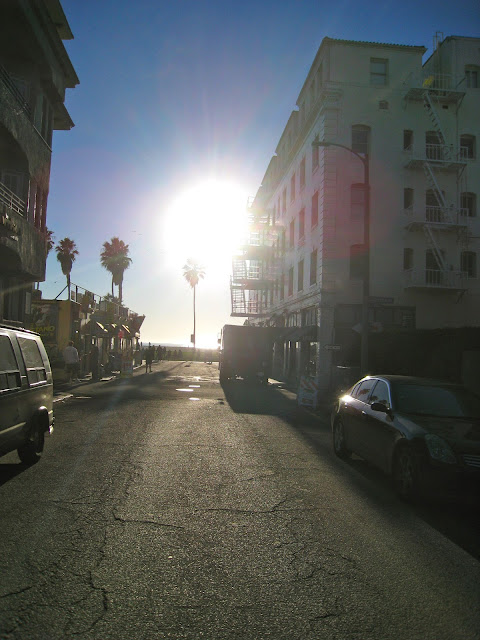 
*Rayraepix.com photos by Ray Rae.
Posted by CJ Gronner at 11:45 AM