Dave Grohl ("rhymes with Rock and Roll!") is great. He and his Sound City Players brought his new documentary Sound City to real life last night with a concert featuring many of the legends depicted in the story of the recording studio in the Valley that was so crucial to creating some of the most epic albums of all time. Fleetwood Mac's Rumors. Nirvana's Nevermind. Rage Against The Machine's Rage Against The Machine. Tom Petty's Wildflowers. Foreigner's Double Vision ... and the list goes on. 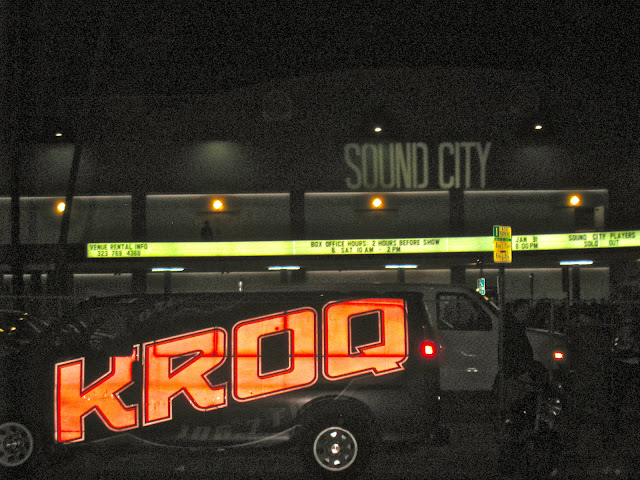 Grohl bought the sound board from Sound City, and made a movie about all the historical music made on it. Then threw a big bash of a show at The Palladium in Hollywood, that has rendered me physically sore today from all the rocking. That's because not only did Grohl and his Foos (Pat Smear, Taylor Hawkins, Nate Mendel) play, but so did Alain Johannes (Eleven/Queens of The Stone Age). Chris Goss (Masters Of Reality/Desert Sessions). Black Rebel Motorcycle Club. Lee Ving (Fear).  Rick Nielson (Cheap Trick!) Rick Springfield. John Fogerty. Aaaaaand ... Stevie Nicks!!! I mean it. Insane.

That's not even talking about the guest stars ... like um ... Krist Novoselic. Brad Wilk ("smooth as silk!" - D. Grohl), Corey Taylor. Rami Jaffee.  And my friend, Jessy Greene, who plays her violin and sings in both the documentary and the soundtrack album, and was a most welcome female presence on last night's stage. RULING. The whole night was a thrill to behold, and the jam-packed Palladium let the artists know it, screaming their lungs out the entire time. 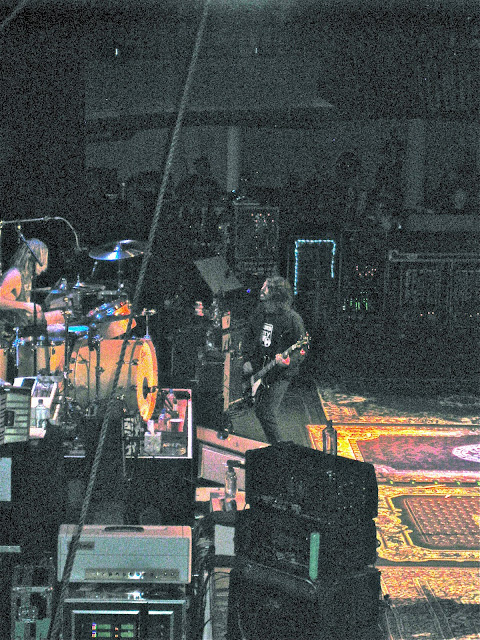 The whole thing took a while to get started, which let us bump into friends, grab a drink/s, catch up, all of it creating a party atmosphere, and the celebration of music that I believe Grohl intended it to. The People were REAL ready when the lights went out and the screen began playing the great clips from the film. Even MORE ready when they saw their boy, Dave, who yelled out, "What's UP?!" And the crowd went wild, as they say. 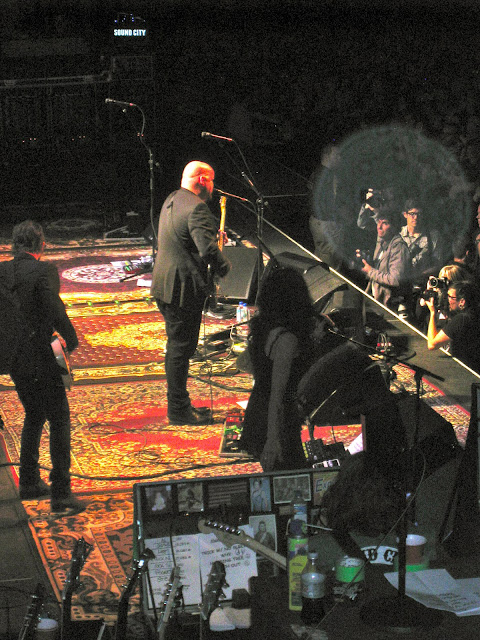 The Alain Johannes set was first, and he's just great. I've loved everything I've ever heard out of the guy, and he and his backing band (led by Grohl - who played with everyone, the whole night) got the gig off to a great start. Did I mention Jessy was ruling? She was also ROCKING. 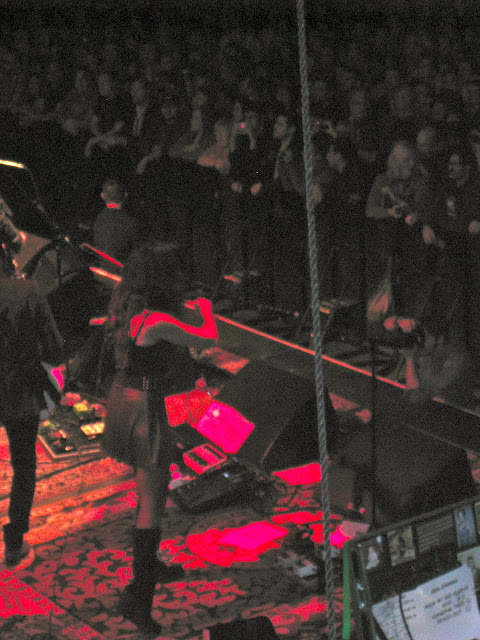 "We're gonna be here a long fucking time!," yelled Grohl to bring on the Chris Goss set. He was not wrong, but everyone in there wouldn't have minded if it was STILL going. It was a super hyper crowd, and Dave would just yell "HEY!" and the whole of the room would scream back extra loud "HEEEEEY!" It was a good old fashioned ROCK show, Man.

Clips from the film played in between sets, and every time a familiar tune or face came on the screen, shouts went up. A Rage intro would play, or Paul McCartney would speak on camera, and the crowd would scream, because on nights like this, in Los Angeles ... anything can happen. 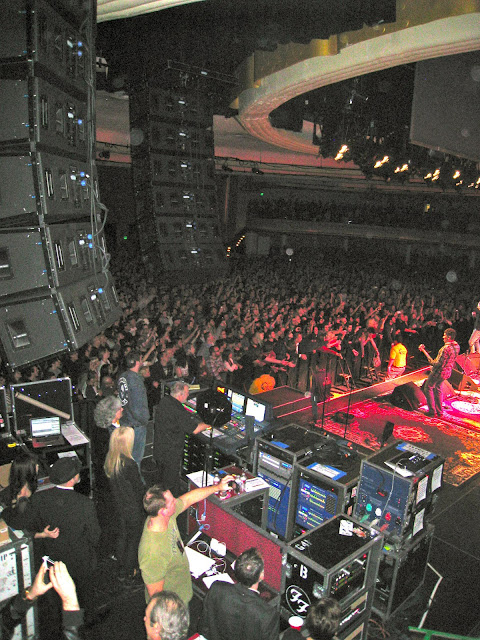 I'm not gonna lie to you ... in a show night this long ... there are sometimes breaks. We took some. I missed a couple of notes here and there, but I told you, it was also a party. Black Rebel Motorcycle really made it feel like one in their set, with songs like their rad, "Whatever Happened To My Rock N' Roll?" Though the question was moot here, because the Rock was right in your face. And ears. And Heart and Soul ... which was the point of this show, that studio, and really, what music is all about. FEELING it. 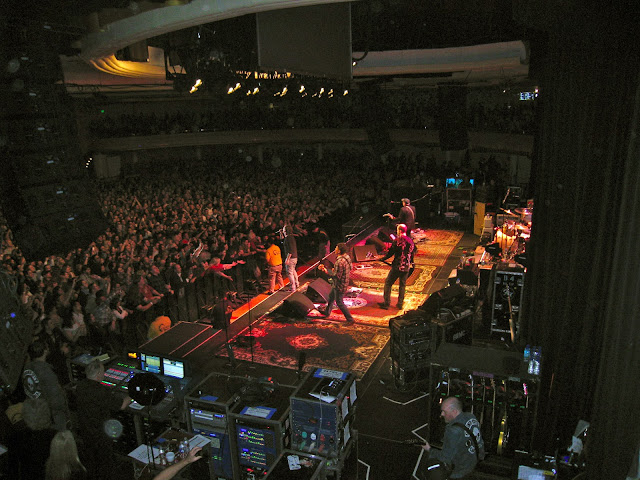 Which the place certainly was for Lee Ving's punk rock throwdown scorcher set. I felt rowdy, and looking down at the sardine-packed floor, I was not alone. GOOD times. Followed by even better times when it was Rick Nielson's turn. Joined by 2/3 of Nirvana, as Krist Novoselic came out for this one. The crowd was bezerk all night, and sang along on every note of "Surrender". Killer. 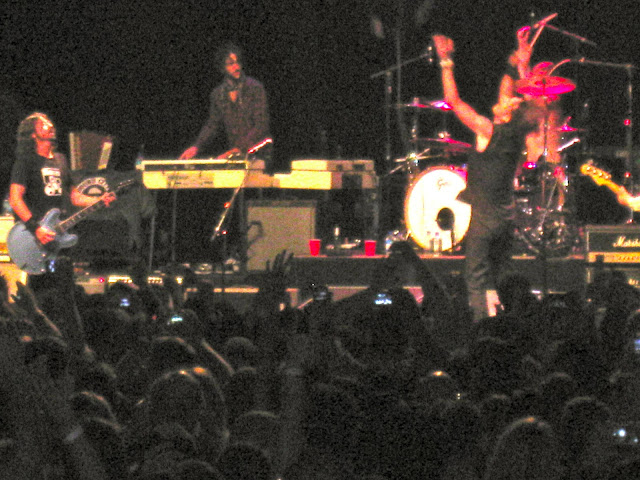 People pretty much sang along on every note from thereon out, since it was the music we all grew up on or came of age to. Rick Springfield! Joyously belting out his 80's jams like "I've Done Everything For You" and "Jessie's Girl' - !!! Come one now. It was so very fun in there, let me tell you. 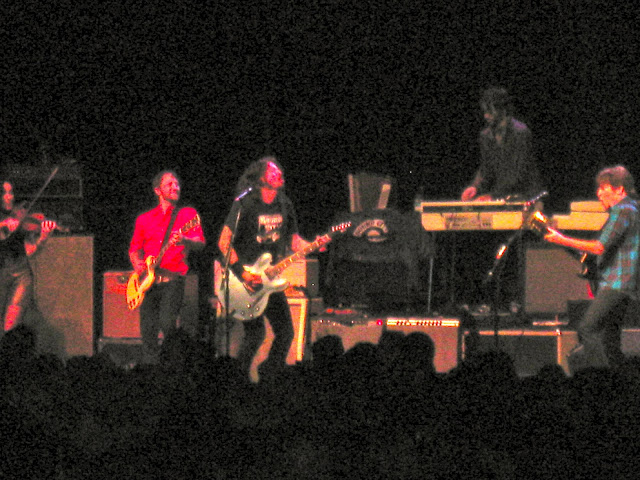 Then John Fogerty came out. He gave a little speech in his charming drawl, saying, "It's not about the technology in music. It's about the People". As we must all know, because that got about as big a cheer as all the classics he laid on us after that. "Playing In A Travelin' Band". "Born On A Bayou". "Bad Moon Rising". "Centerfield". "Fortunate Son". By the time he hit "Proud Mary" ... it was a madhouse of smiling MUSIC fans, singing throatily along to their memories. 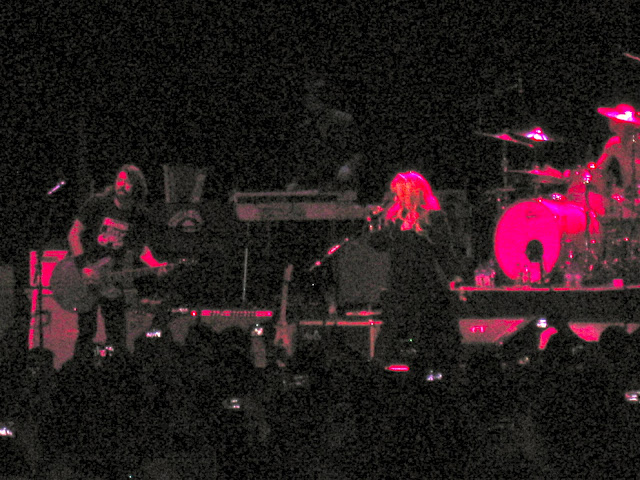 But nowhere was that more true than when Stevie Nicks came out. More than one person was seen crying. 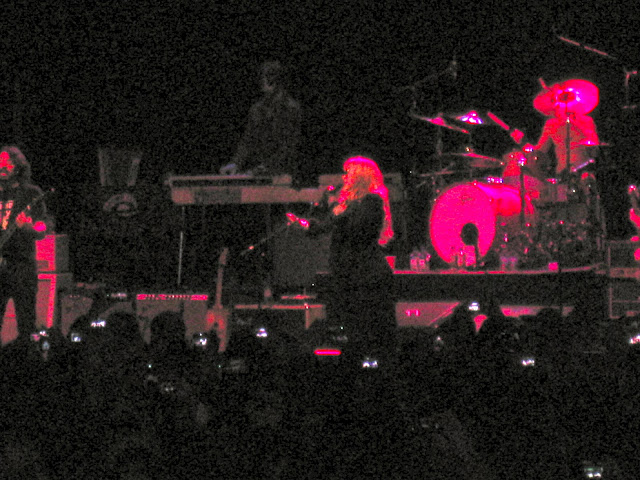 Tears ran down faces as some got to see this legendary gypsy woman for their first time, and belted along the words to their youth from those Fleetwood Mac songs that seem like they've always been on in the background somewhere ... "Stop Dragging My Heart Around" showed that Nicks is as strong a voice as she ever has been, and was joined sweetly and with obvious respect by Grohl and Company (including Jessy, playing with Stevie Nicks!!!). 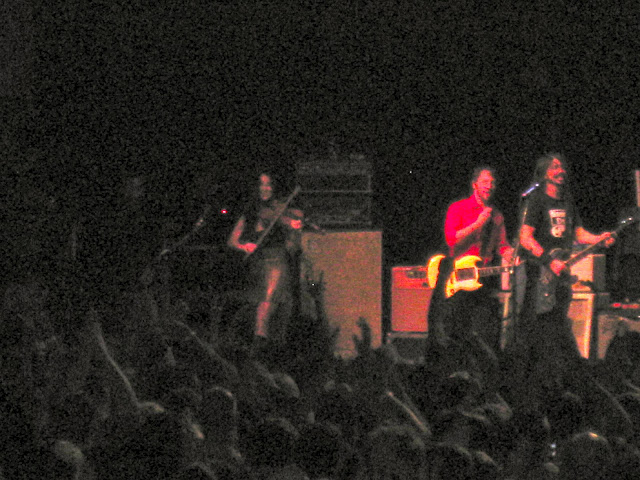 Nicks told a story of how a year and a half ago she lost her Godson at 18 years old to an o.d. at a frat party. She said that they had all done a lot back in the day, but "We never danced with the Devil. This little boy did." Nicks wrote a poem about it, and when Grohl wanted to record a new song with her, she said, "It's dark. Do you want to go there with me, Dave?" and he replied, "I'm going there with you, Babe."  Everyone clapped and whistled their support, and they launched into the dark, yes, but impossibly lovely and haunting, "You Can't Fix This".

I told you there was crying. That didn't stop when next came "Dreams". Then "Landslide" (featuring Rami Jaffee's accordion that got its own cheer)! People were dying. While singing all along. 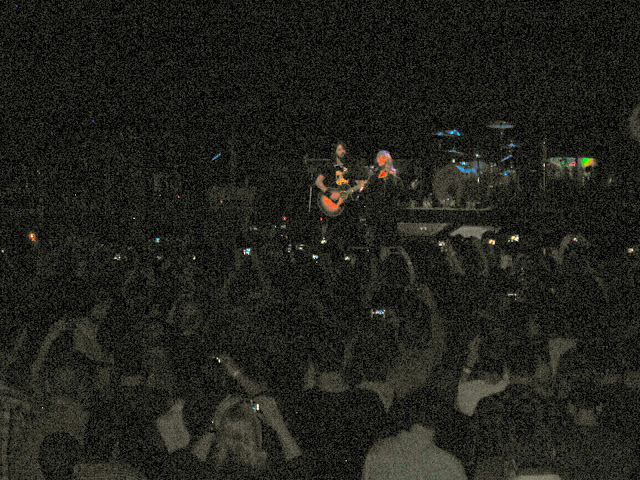 (Even though they tended to watch it through their cameras instead of their own eyes - in the moment. Sigh). 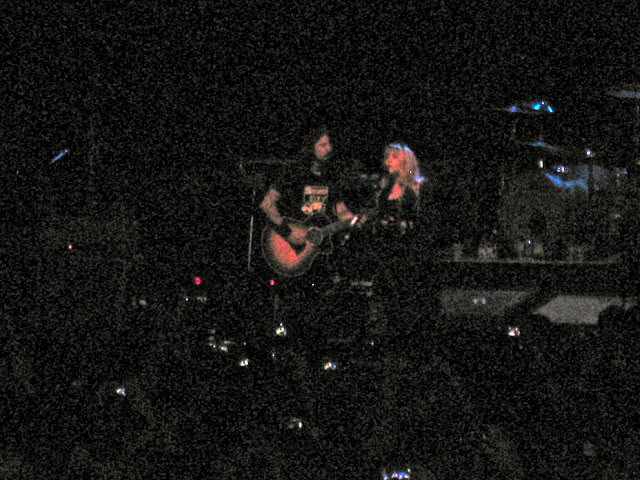 There was a dramatic intro and then everyone came on to play "Gold Dust Woman", capping the night off with that magic kind of dust that settles over shows that everyone there loved and will talk about for ages. Because it was Heart and Soul, Rock and Roll, shared between everyone.

"GOD BLESS SOUND CITY!!" yelled Grohl, and the long, fun ass night was over. We were ALL blessed. 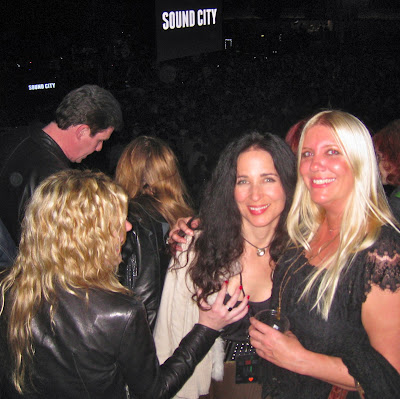