Lavish Tan Venice - Fake It Til You Make It (To The Beach)!

It's that time of the year where it's too cold out to really get your solid beach day in, and then your whole body winds up being the same color as your ass. I'm not into that. I have also never been into the idea of spray tan stuff, as it always seemed to make my well-meaning friends look like Oompa Loompas. Not a pretty look.

Then I bumped into Kelsey Jones at the Canal Club (a spot we both like to haunt) and she said, "When are you coming in for a tan?!" I've always kind of hedged about it, as if I'm honest, I thought it was a cheesy thing to do when you've got the beach right here. But the beach was FREEZING last week, and I thought, "You know, why not? You can't judge it til you've tried it ..." so I called up Kelsey and went on in to her Lavish Tan on Abbot Kinney. Lavish shares a floor with the other members of the "Beauty Bungalows" - Stephanie Hobgood Hair, Kelley Baker Brows, and Alexandra Wagner Skincare - so you get all these "Best of L.A." spots in one location! 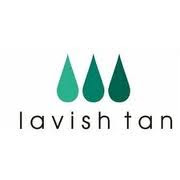 Jones thought it was best if I got sprayed first, so I'd know what she was talking about when we talked. You go in the spray room, get all naked (I left on a little string as Jones suggested "It's more fun to see the difference"), and stand there while Jones sprays your entire body and face with the airbrush hose of tanning solution. It's a chilly sensation, which is balanced by the little warm blow dry she does on you after the tan sauce. The whole thing took like 10 minutes max, then you put your dark, loose clothes on and don't shower for 7 hours while it all sinks in. I immediately looked all golden brown, and not Oompa Loompa in the least. I believe this is why Allure Magazine named Lavish Tan as "#1 Airbrush Tan In The Nation". That's right, Venice. 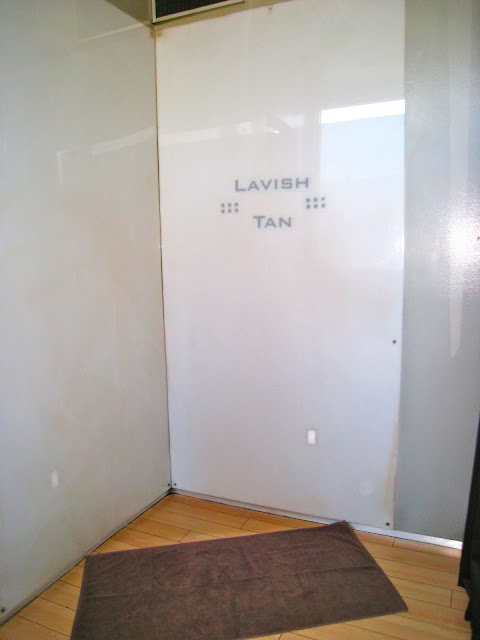 And organic it is. Totally. As Jones explained, the reason so many spray tans look orange is that they're trying to be natural, and use carrots or beets. Everyone who has ever cooked a vegetable knows that carrots stain you orange, and beets red. So after an eye-opening bout with skin cancer (due to the tanning beds at a salon Jones worked at) that had to be removed (and is gone, Thank God), Jones started to think about better ways to be naturally brown, since the desire to look bronze didn't go away with the skin cancer. Observing how apples and bananas turn brown when left out, Jones smartly figured out that the natural sugars in fruit like that might be the answer to turning people brown instead of orange. It was.

Working with a chemist from Neutrogena (who she found while researching it all on Linked In), they experimented with different formulas and had odd colored stripes on her own body for six months from testing it, until hitting upon the jackpot one that she had just sprayed all over me.  Jones and her partner, Alex Dexter, opened Lavish Tan in 2007 and have been bronzing up L.A. ever since. They've even opened a location in Melbourne, Australia, as Dexter moved there, and those Aussies need this with that big hole in the ozone down there. (*Note: though you should know that the airbrush tan is not giving you a base to protect you better from UV rays - it's just exterior, for looks, so you still need that sunscreen, mates!) 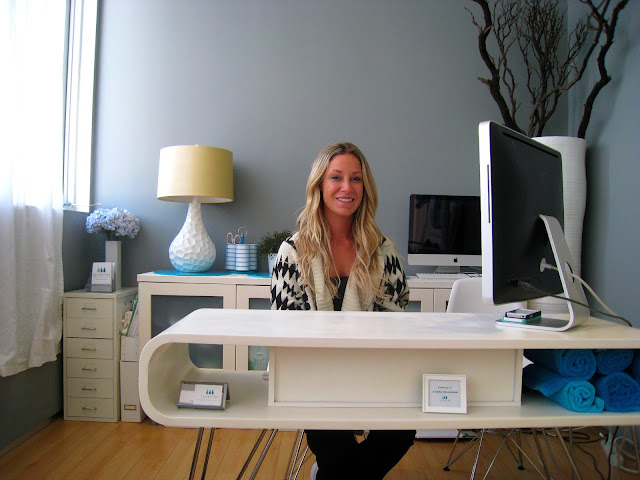 Jones was born and raised in Venice, and attended Venice High. Like most of us, she says that her favorite thing about Venice is the community. The people. That she can walk ("or crawl!") to work. That you can head to one of our bars (her faves: Canal Club, Wabi-Sabi, and The Tasting Kitchen) around town by yourself and run into 50 people you know. That it takes you way longer to just run down the street to the store because you'll stop and say hi to ten people you know on the way. That all the women in the Beauty Bungalows all want each other to do well, root for each other, and all bring each other business. "No drama," as Jones says. I love that womanly support, and you can feel it any time you visit any of them. 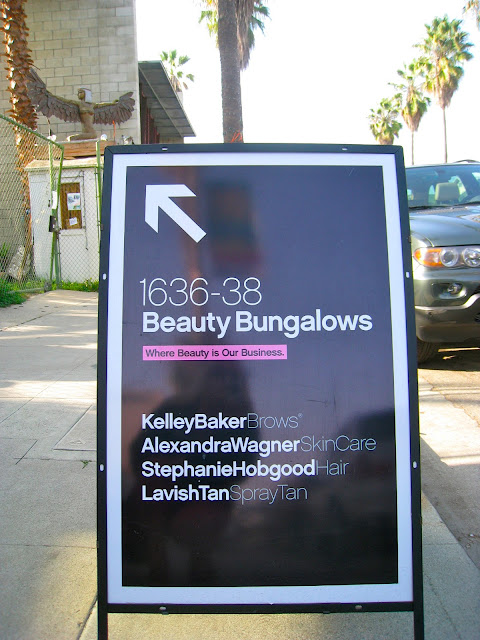 There have been a lot of changes in Venice, that Jones has seen her whole life. "It's good for business, sure, but we're losing character here." Ummm ... agreed. Having the space on Abbot Kinney has been great (even inspiring an upcoming fragrance Jones and her sister are producing called "Kin" - awesome), but they now do most of their business online, as salons all over the world are catching on that this tanning solution is the best. (Lavish also offers certified teeth whitening, which looks great with your tan, but isn't part of the organic deal.) They're coming out with new products available on the Lavish Tan website, like correcting pens to fill in blanks, for those ladies that have tan lines exposed above their wedding dresses, etc. Just color it in!

Last week was real cold and rainy, and a friend of mine stopped me - on the way to the store - and asked how I was so golden tan when it was so cold out at the beach?! I fessed up to the spray tan, and she couldn't believe it, as real as it looked. So I was proven totally wrong, have a new friend, and looked tan and healthy, all in one brief visit with the super cool ladies of Lavish Tan.