I went to the third night of Soundgarden at The Wiltern in Los Angeles on Sunday night. I hadn't seen them live since 1997 at Universal Ampitheater in what might have been their last show of that decade. It was awesome then, like blow your mind awesome. 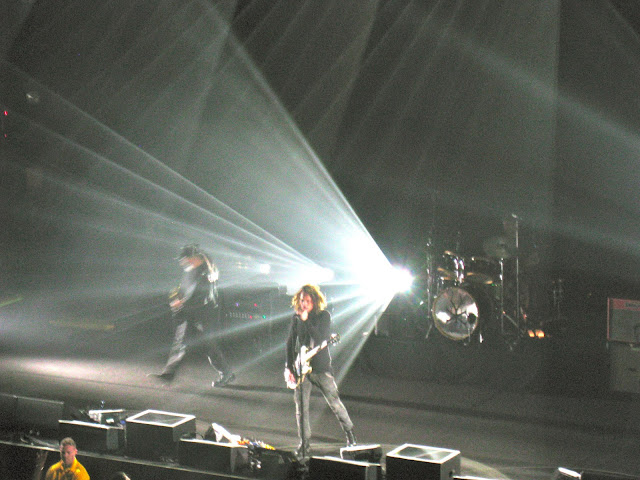 Sunday night ... hmmmm .... I don't know. It's not the same ... the energy just isn't there like it used to be. Chris Cornell possesses one of the all time greatest rock voices EVER, but he just seemed a litle bored. Which then made us feel bored. Also, it's always a plus for we ladies at a Soundgarden show when Cornell's shirt would come off ... this time he wore a turtleneck. A turtleneck!! Again ... I don't know. 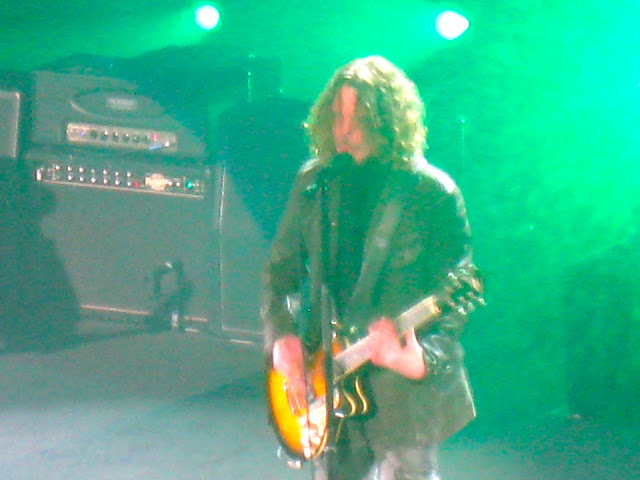 We got a peek of the setlist before the show, and our collective favorite, "Black Hole Sun" was not on the list until the encore. We all looked at each other and knew we wouldn't be there still by then. 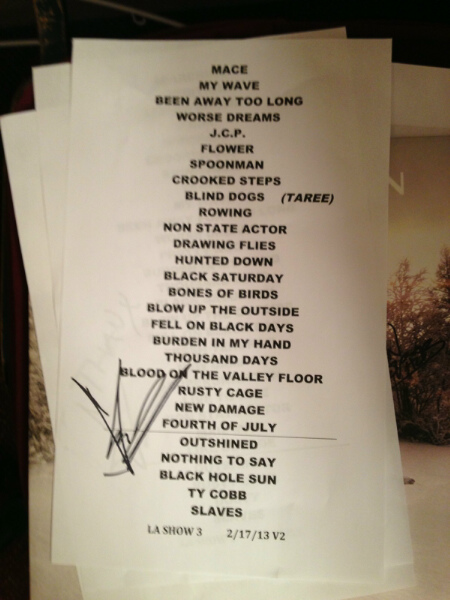 I got the gist of it with the "Spoonman", "Jesus Christ Pose", and "My Wave" classics, but the whole affair felt strangely low energy, even though it was being shot for an episode of The Artist's Den. The music was great as ever, with Kim Thayill, Matt Cameron and Ben Shepherd (the most animated, by far) bringing it like they always did - hard, and Cornell's voice was great as ever ... but I just can't quite put my finger on exactly why we all sort of shrugged  ... and then left. 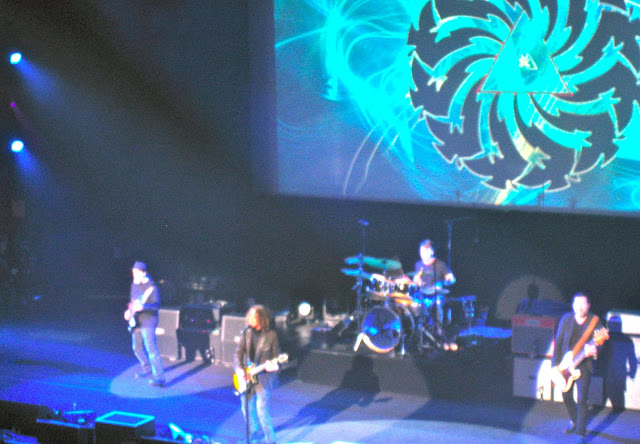 The discussion on the way home was "Where is the joy? Why so dark all the time? People don't need to remember to be depressed, they need to remember how fun life can be!" To be fair, all the bald heads and baseball hats on the floor looked to be having a great time, beers hoisted ... but it just felt kind of forced. Or sad? Like when we saw a guy physically push his girl's head forward because she wasn't banging it hard enough for his taste. Oooooh. 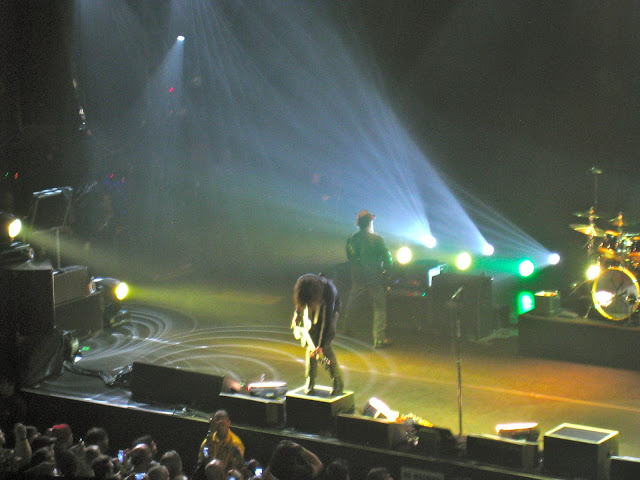 I got home, listened to "Black Hole Sun", and thanked Soundgarden for the memories from back in the DAY, when it felt like they really, really meant it, with a ferocity, and had something to SAY vs. re-live. I'll always love them, of course, but ... Shrug.
Posted by CJ Gronner at 4:30 PM