The Hart and The Hunter - From Fable to Table

Trumpet blares! The Hart and The Hunter is here! The brand new restaurant from the dynamic duo of Brian Dunsmoor and Kris Tominaga (the guys from Venice's brief and beloved Wolf In Sheep's Clothing) opens for business this week in the Palihotel on Melrose. Yeah, it's Hollywood, but this is one destination we will happily cross Lincoln for. Anytime.

It was my distinct pleasure to be invited to the opening for friends and family (mostly Venice) last night, and it was a big, fun evening of celebration and total gluttony. Which cannot be helped at this place, so prepare yourselves. It is soSoSO good. I'm just starting to get over a hellacious end of summer cold, and my taste buds weren't firing on all cylinders, but I got a pretty good idea of food Heaven, nonetheless.  I also watched every person in there's eyes rolling back with pleasure after each bite, and even break into spontaneous applause after certain perfect bites (like the chopped steak and bone marrow on toast, for instance).

I went to Wolf In Sheep's Clothing as many times as possible during its existence, and have since become good homies with Dunsmoor, Tominaga and their cool girlfriends, Lacey and Kristel (Lacey Cowden does all the beautiful drawings for the restaurant, including their logo illustrating characters from the Aesop fable from which the new place takes its name), which is how I found my lucky self at their table last night. Delighted every second.

The room is off the lobby of the lodge style Palihotel, and it's all very cozy. The walls are a blue tile over black and white floors that lends it all a bit of a subway, urban feeling that is tempered by the warm art and exceptional drawings from Miss Lacey. The open kitchen looks like a Martha Stewart cooking show set, with Dunsmoor and Tominaga putting their flourishes on everything out front, while a harder core kitchen is accessed through a window. As busy and crazy as a restaurant kitchen (especially a sparkling new one) is, the guys are having a good time, and it shows in every aspect. 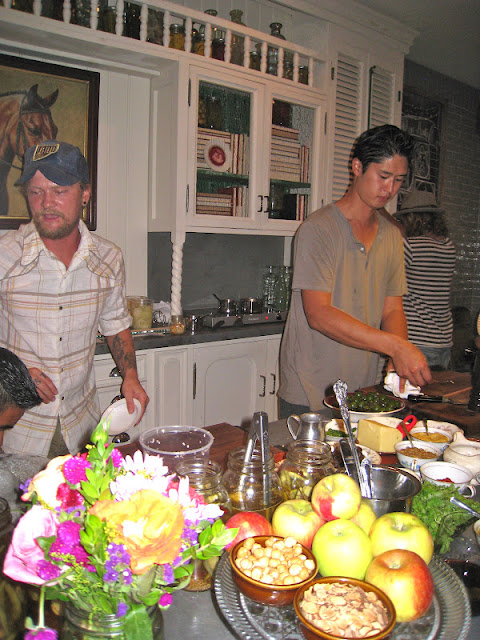 We began with little treats like fresh pickled things, and pots of pimento cheese deliciousness (about which one in my party said, "I want to rub that all over my body." I understood.) I was happy to see that one of our favorites from Wolf/Sheep was back on the menu here, the "fish in a jar" dish of smoked trout and egg on avocado toast. Improbably, impeccably delicious. So too are those ridiculous biscuits back, small bites of perfection and happiness ("It tastes like Christmas - without relatives.") Just like the raclette. OK, just like every single thing.

I didn't photograph any of the food, as each thing was gone pretty much the instant it landed on our table, but you can just trust me on all of it. SO good. The only issue was wanting more of it all, as when you split things with a big table, you generally don't get as much as you could handle. I may go alone next time. Oh, and it has to be soon, as the fryer conked out and we didn't get to have the things that needed to be fried - like green tomatoes and chicken cracklins! It is clear from this cooking that time has been spent in the South, and like Lacey said, "We're going for a ride!" It's best to enjoy it as such and save your caloric worries for another day, if you have to. 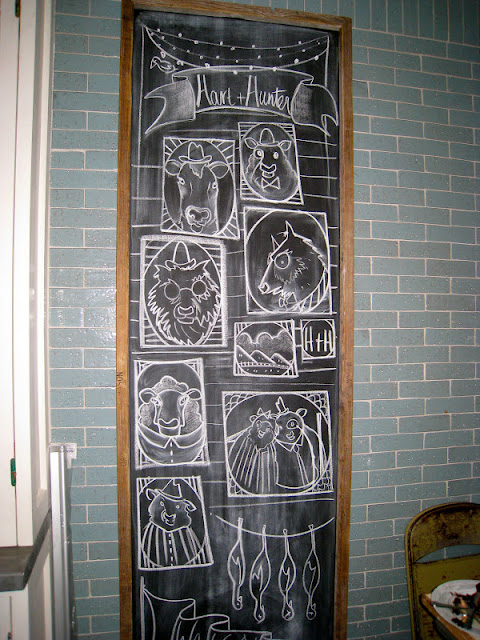 "Will you marrow me?" was asked after we had the dish of chopped raw steak with that bone marrow on toast. We were all just laughing at this point, every time we tasted something new. Even simple cornbread with maple butter was just beyond everyday good and in some whole new culinary land. The "Low Country Boil" was a delicious plate of shrimp and potatoes and corn that I want more of right now.  The hanger steak ... perfection. The venison (Hart!) carpaccio taught me that I like venison. And I'd say every word I'm saying if I'd never heard of the guys too. People that have never heard of these guys WILL be saying things just like this. You want to get there soon. And you CAN! They open tomorrow (October 2) for breakfast and lunch, and for dinner on Thursday, October 4th. It's pretty small (seats 48 inside, 12 outside) and they don't take reservations, so you just want to get there and be ready for a wait, that will be well worth it. 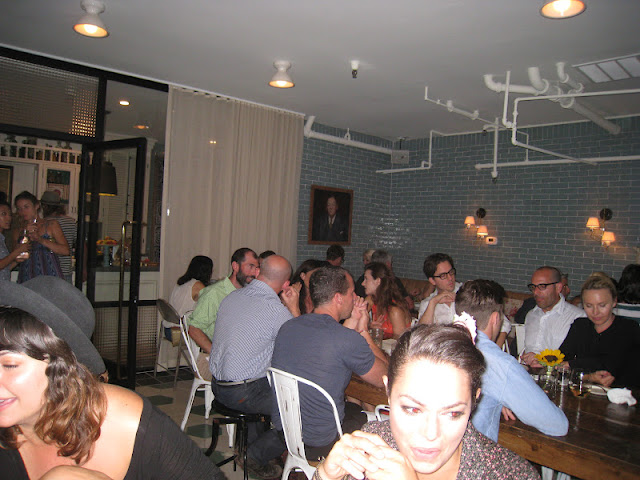 "They're really giving us a bite to SAVOR, to think about" .... "It's like the Kama Sutra ... you taste it and do a slow burn" (this accompanied by the appropriate moans) ... "Yuuuuum!" This is just some of the satisfaction I overheard during the course of our meal.

I can't say enough good about it, and strongly suggest you make plans to experience The Hart and The Hunter for yourself. Unlike the hart in the fable, I am able to recognize a good thing. And tell everyone about it.

*You can also catch Dunsmoor and Tominaga this Wednesday (October 3) cooking their rustic, locally sourced, super fresh awesomeness with the winners of the Farmers of the Year at the Santa Monica Farmer's Market from 10:30 am to 1 pm.

** To clarify - There IS going to be a Wolf In Sheep's Clothing in Venice - Same owner as before ... it just isn't going to have these terrific Chefs Dunsmoor and Tominaga - as they are now The Hart and The Hunter.  Kind of confusing, but now you know the real deal.