The Other Venice Film Festival 2012 is in the books, and once again, a great time was had by all. Due to logistics, I could only partially attend this year, but according to all the attendees that I spoke to, it was another smashing success organized by long-time Venetian, Reuben "Ruby" De La Casas. 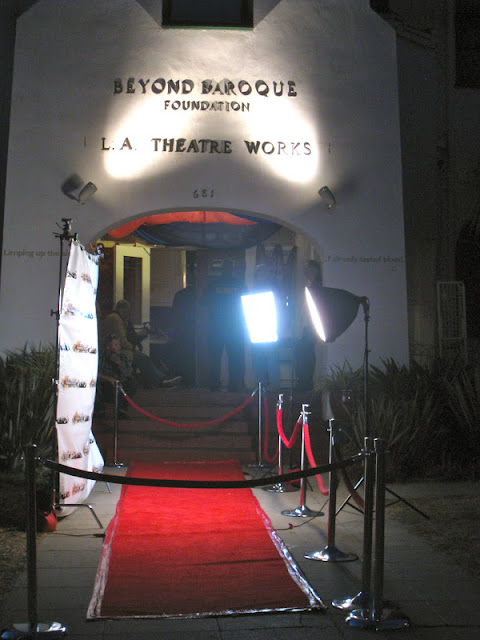 Opening night was another big party at OVFF's headquarters at Beyond Baroque, with all the fun and casual order of an event in Venice. In accordance, the friend that I brought with me said, "I've never seen such a group of characters in one place before." I had, but it was close. The red carpet was rolled out for the occasion, and local and international luminaries strode down it to get inside and behold the films and the spectacle. 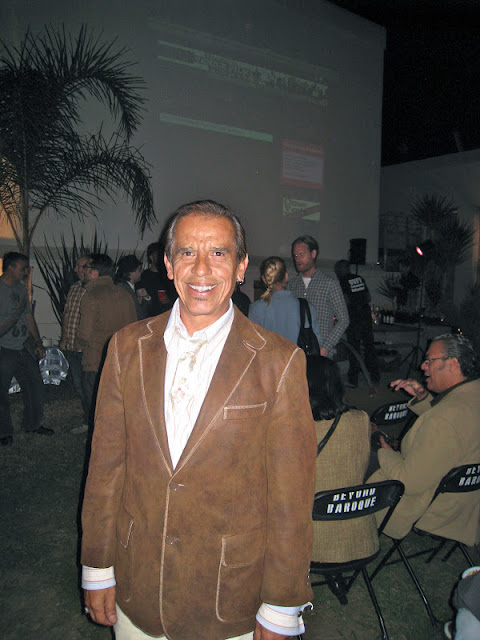 Natural Hi-Fi was the band kicking off the festivities, and they blew our mind - truly - with their one-armed guitar player, Paul Gunby. I don't know how he does it, but their version of The Doors' "Roadhouse Blue" was very true to the original. With one arm on guitar. We were super impressed. 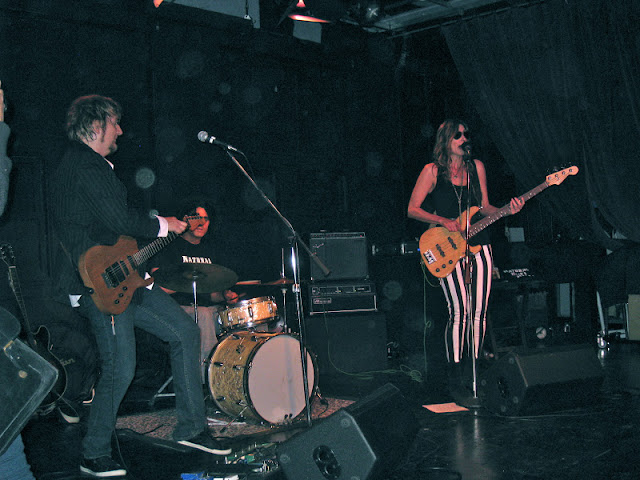 I was not as impressed with either of the films featured this opening night. The Ballad of Danko Jones was all over the place, but featured cameos by Elijah Wood, Selma Blair, Ralph Macchio (the Karate Kid!), and the best one, Lemmy.

The feature presentation was Tony Tarantino's Underbelly Blues, and was perhaps the very worst movie I've ever seen. Ever. Mr. Tarantino told me that, "It's a spoof on Pulp Fiction, it's funny, and it's really, REALLY nasty." Well ... He got the last part right. I have nothing good to say about it, so I'll say nothing more other than I know for sure how much hard work getting a film made is, so good for them for getting something done, but bad for them that this thing was what they used their efforts for. Bllllech. 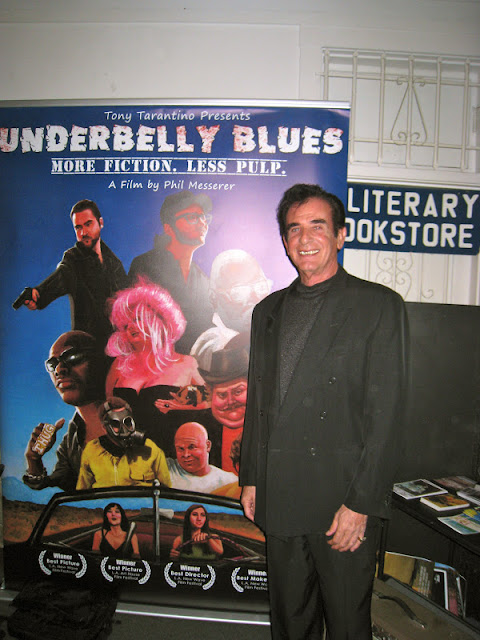 Highlighting Day Two was the inspiring (Slamdance winning!) documentary Getting Up from director Caskey Ebeling. It's the incredible story of disabled graffiti artist, Tempt One. He suffers from ALS, but can continue to draw and create with crazy new technology that allows him to create with his eyes. See it.  By far the best entry in this year's festival, in my opinion. Wow.

I wish I'd been able to attend every minute of all the films, musical performances and parties ... but Congratulations to all the Abbot Award winners and artists that got to see their hard work pay off with an audience of supportive Venetians at another of our good time events. Cheers!