The Venice Art Crawl for October was last night, and my friend Francie and I hit all the spots. Which wasn't hard to do, as there weren't very many locations this month for some reason, but they were all a good time, that's for sure.

We began, as one should, with some whiskey at The Townhouse. Down the hatch, fortified, we went to see some acid trip looking pieces by D. Castro upstairs at Danny's Deli. We kind of did the Clark Griswold nod on that, and headed down the misty Boardwalk to my favorite bookstore in this city, or perhaps any, Small World Books. 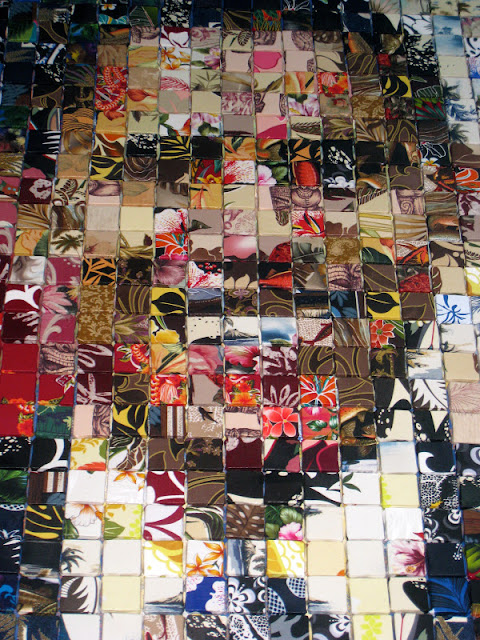 There were two cool artists showing at Small World, and both were highlights of the whole deal this month. David Jensen (DavidJensenArt.com) had three large Obama pieces all made out of scraps of Hawai'ian fabric. We have to get one to the President, I think he'd love them. Maybe as a congratulatory gift for his second term! From my fingers typing to God's ears ... 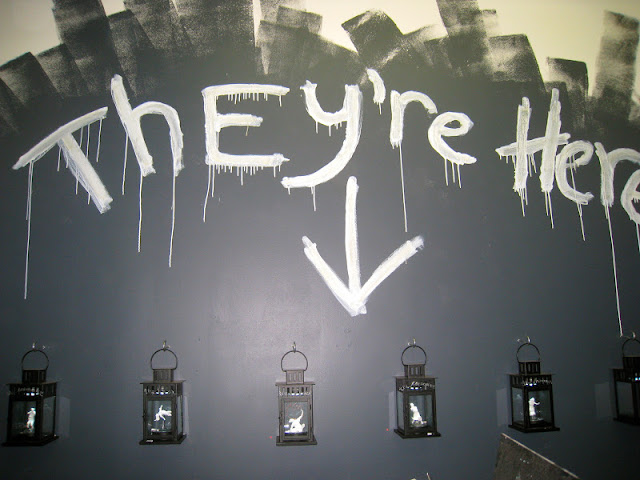 Also showing at Small World Books was Kathleen Gaudet with her Zombie pieces. Great and hilarious, and you can even get Zombie snow globes as extra original gifts for the low zombie price of $15! Get there before they're all eaten alive.

There was a guy, Lenny Felix, set up outside of Cairo Cowboy on Windward, selling (I hope) his Day of The Dead inspired pieces, along with some Rasta and Jack Daniels ones, so clearly we became friends quickly. He has no web site or online way to get his work, which is rootsy, and I like it better for it. I'm old school like that. You have to email him - Felixtat2@yahoo.com  Again, great gifts. 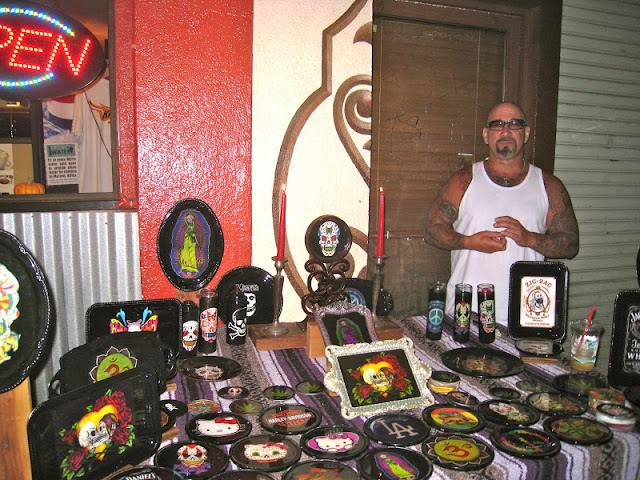 My friend Kiki just opened her new and GORGEOUS jewelry store at 100 Market Street (really on Pacific, by Mao's) and the party was ON in celebration. We'll be doing a story on her soon, as it's a good one. Her jewels are just one of kind, so pretty it kind of hurts to look at, and I want nearly every thing in there. It doesn't hurt that the entire floor is gold glitter, so it all feels like you just landed in a good fantasy. I love her. I love her work. And these are the GREATEST gifts you could possibly give someone. Anyone. (For the record, I'm deeply in love with the fuschia agate ring that covers like three fingers. Love.) 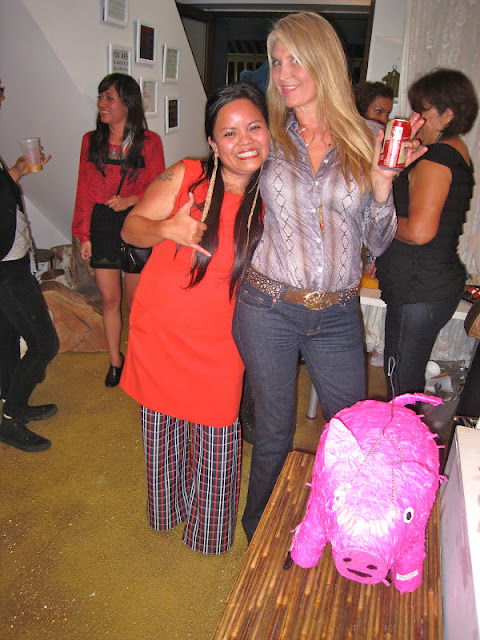 Canal Club had some celebs with animals photos by Charles Bush that we breezed through, and then hit James Beach to see cool works by Shark Toof and Ryan Graeff. Both were excellent.

By then it was time to book-end our night back at The Townhouse. We discussed what we saw over a night capper, and then biked off into the night (in our dresses and heels, of course) before we'd REALLY have to crawl - home.