It was crazy how much had changed in Venice while I had been gone this summer. Being back in my familiar streets wasn't as familiar this time ... and I fear it's only getting worse. Losing Canal Club was bad, as it had its last days while I was gone, and so did Surfside. Now I'm hearing that we're losing the absolute institution that is Windward Farms! And then this just in, Tamara's Tamales is going away now too! Geez! You really have to wonder if any of our places that originally made Venice cool will be left soon, and it's really sad. I was happy, however, to see that my friend Nick Fouquet and his hats had NOT left Venice, but has moved into a new space formerly occupied by my beloved Marla's on the mellow end of Abbot Kinney, right across from the French Market (where French Fouquet and I both often frequent). And it is great. 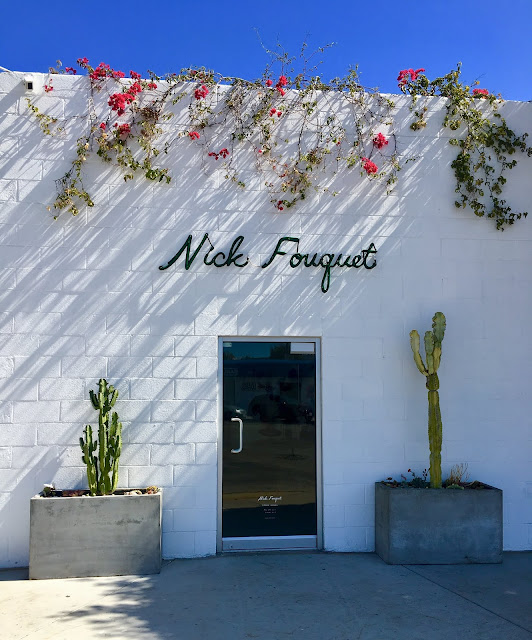 You would never know that this bright, airy space had housed a restaurant, as it is now a posh showroom for what Venetians and celebrities all agree are THE world's coolest hats. I've written about Fouquet and his hats ever since he was an apprentice to Greg Westbrook, making hats in the basement parking garage on Abbot Kinney. Fouquet went out on his own, moving his shop up the street to a little bungalow on Abbot Kinney (that formerly housed Fioré Designs), where things really started to take off. Yes, a Fouquet hat is going to set you back, but I'm all for someone who started local and made good locally, so good for him! 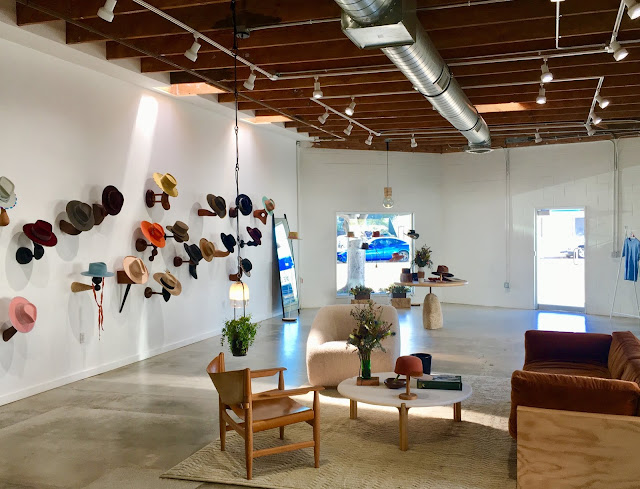 The hatter then moved his shop to another little bungalow on Lincoln Boulevard, where they continued to thrive. Things have gotten so big that they needed more space, and that's when they found the Marla's space. 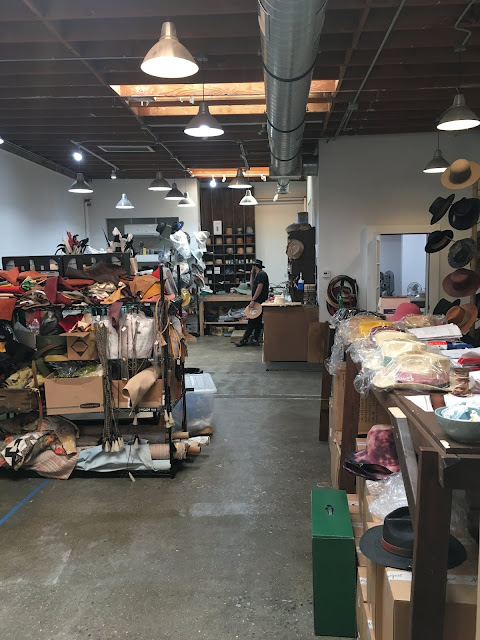 They have the gorgeous showroom, but they also have office space, production space, and even a chill space outside, complete with a living plant wall. 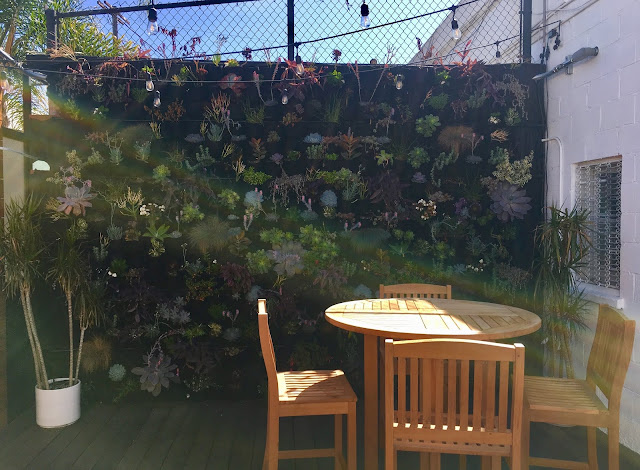 The wonderful hats coming out of here, with their trademark matchstick tucked into the brims, are now topping the heads of some of the world's biggest stars. Everyone from Gary Clark, Jr. to Gigi Hadid, Madonna to Bob Dylan ... they're all wearing Nick Fouquet hats. It all blew up when Pharell wore a Nick Fouquet chapeau to the Grammys a few years back, and now to stand in front of the wall of alphabetically sorted hat forms with client names on them is to stand before a who's who of ALL the stars, from rock to sports. I'm SO proud of what Fouquet has built, and it has been a delight to witness it all from the beginning. 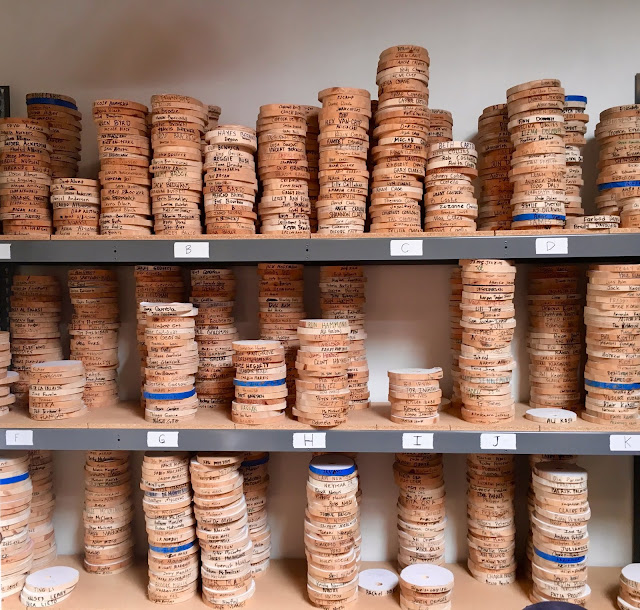 I stopped in to congratulate Fouquet on the new headquarters, but he was off in Portugal or Prague or somewhere, bringing his hats to the entire globe. I did get to visit with Fouquet's right hand woman - and my friend - Ali Jenkins, and wish her well as she's about to be married this coming weekend in New York! CONGRATULATIONS to these excellent Venice friends on all the good! Cheers and much love! One of my very favorite Venice quotes ever was when I first moved here, and there was a man selling hats on the Boardwalk shouting, "Venus is in retrograde, everyone needs a hat!" The logic made some kind of sense to me then, and now, as VENICE itself is in retrograde, everyone REALLY needs a hat. And I hope for mine to be a Nick Fouquet. Lit. 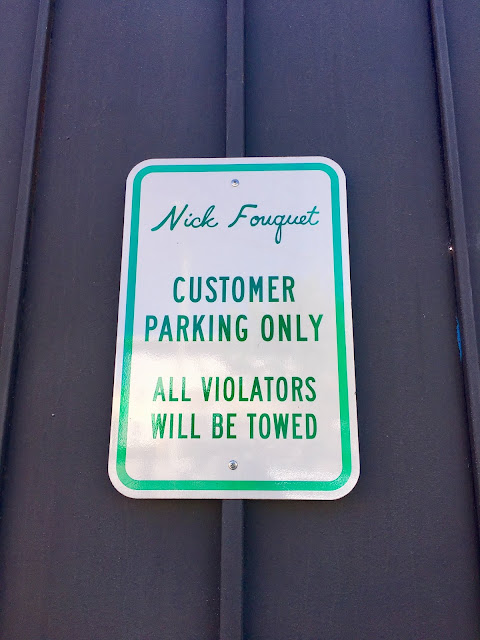