It feels like Halloween started like a month ago, but the real deal was last night, and it was so fun.
After all the parties and Electric Bike Parades and school Halloween events and theme parks and hay rides happening the last couple of weeks, Venice had the Halloween spirit down all over town, with yards and homes decked out with a ton of fake spider webs, lots of cemeteries, and ghosts, goblins, skeletons, and monsters of all shapes and sizes. 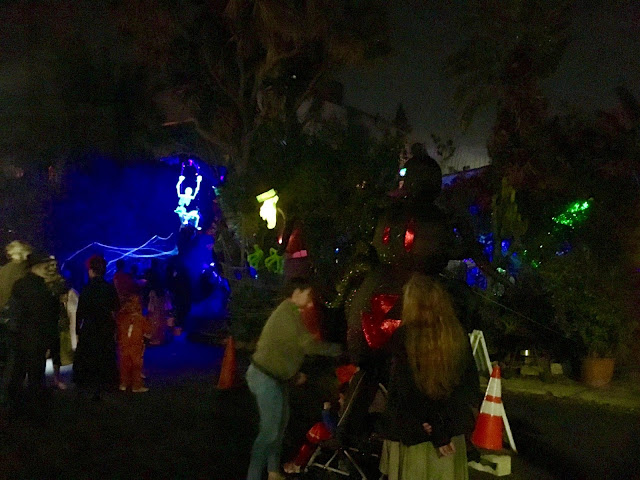 People were walking around in costume all day, at their jobs, in their cars ... folks were feeling it. It was a perfect day for trick or treating, nice and balmy even after the sun went down. 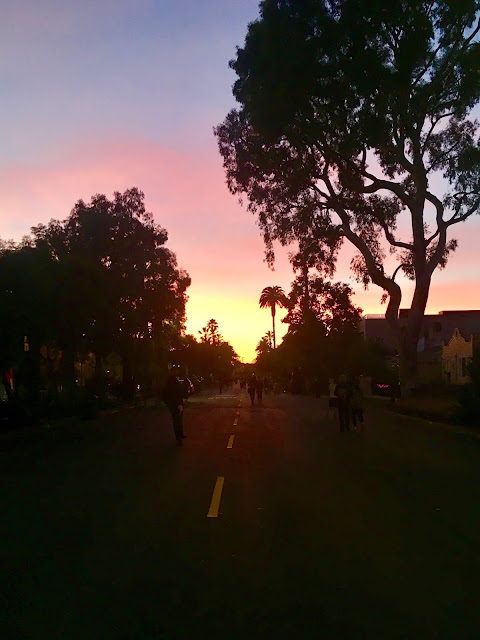 It's always the cutest to see little ones out for their first Halloween trick or treat, and Miss Magnolia was out as a little lamb. The most darling little lamb ever, I mean, with her Chef mom brandishing a meat cleaver, for good Halloween measure (not pictured, but hilarious). 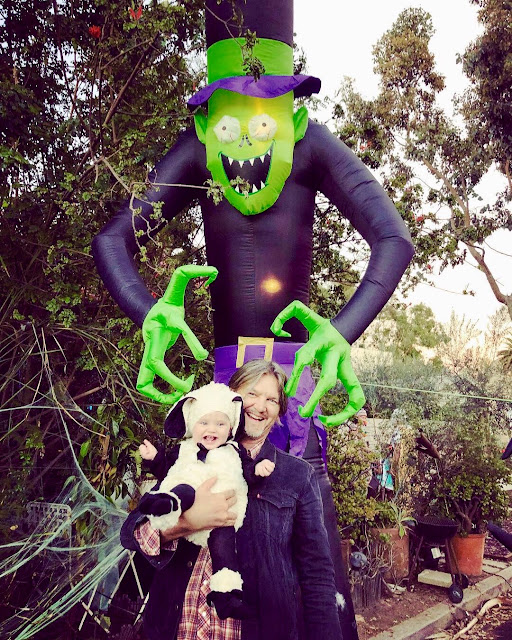 A lot of people like to take their kids to the walk streets for trick or treating, but my favorite Halloween zone in Venice has always been Rialto Avenue. 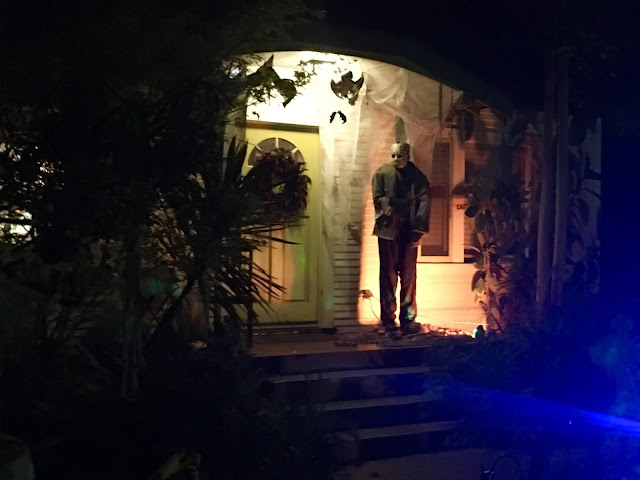 Though a lot more sparsely decorated this year, it was still the best. Our headquarters was our longtime friends, Russ and Harry's house, where cocktails were served and we passed out candy to all the little kids out having a blast. 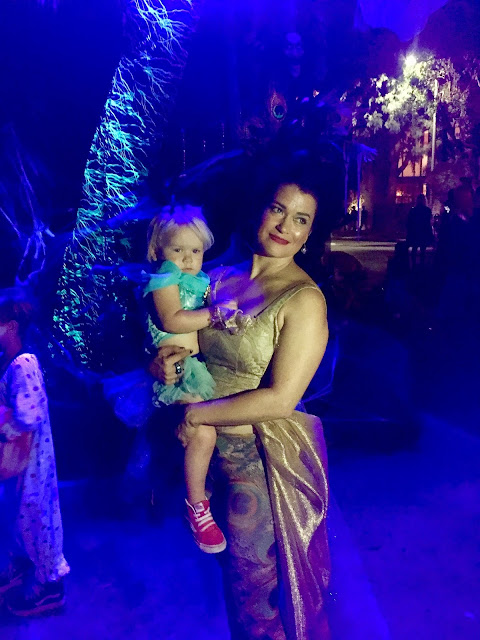 A highlight every years the Haunted House at Dillinger's house, and this year was the best one yet. I actually screamed a blood-curdling scream after one good jump-scare from a terrifying werewolf that jumped out at me (Hi Dillinger, if that was you!). Excellent work. 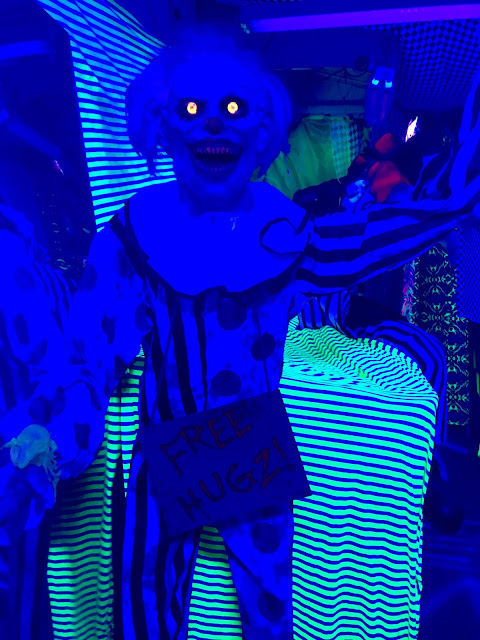 The Haunted House corner was kind of the main hub of activity for Rialto this year, as the street filled with kids and their adults in one costume better than the next. Baby Trump even made an appearance! 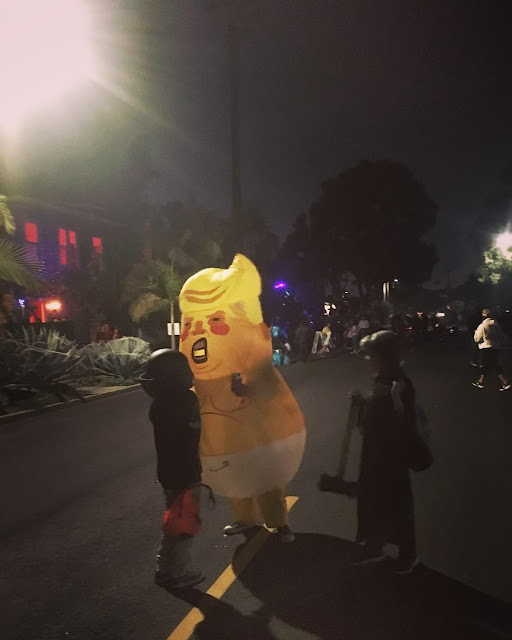 I didn't get a picture that turned out of the cutest little costume of the night ... a baby chick that was so tiny you couldn't stand it. That kid should wear that outfit every day, they could write their own ticket. This one little Hulk cracked me up - because look at him (or her) - but also because it had big mitts on that made it nearly impossible to get the candy out of the bowl without a little help. That kid kept on trying though! 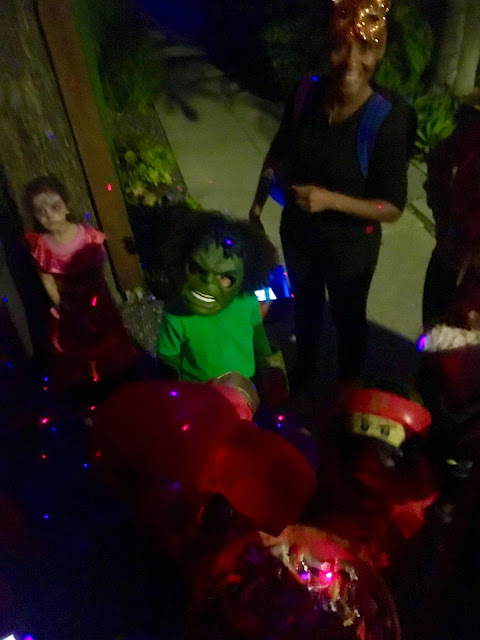 Old friends and neighbors greeted one another up and down the block, even if sometimes you had to be told who was who, so well-costumed were many of the usually familiar faces. Like Dennis as Little Boy Peep. 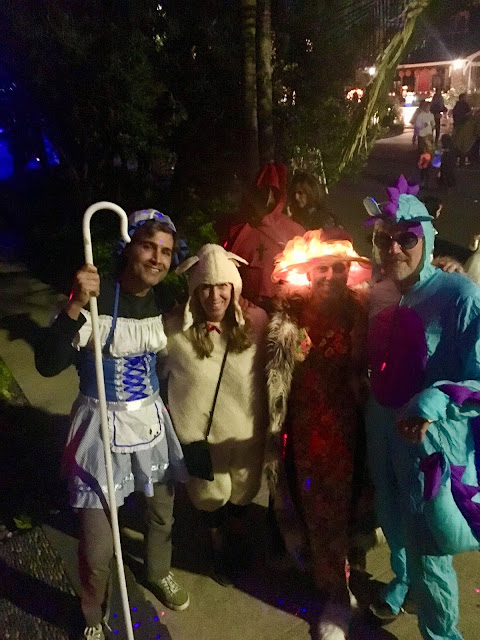 Russ and Harry were kind of Eyes Wide Shut beaked creatures that were pretty scary, especially if you're a toddler. I love that they have their open house every year, keeping this Venice tradition alive. It was one friend's kid's first Halloween on Rialto, and I wanted them to see the house that turns into a big dragon every year, but I was sad to be told that they had moved away. I guess they didn't share the drill with the new people, because that whole end of Rialto closest to the post office was completely dead - and not in a Halloween way, but in a non-participating way. Lame. 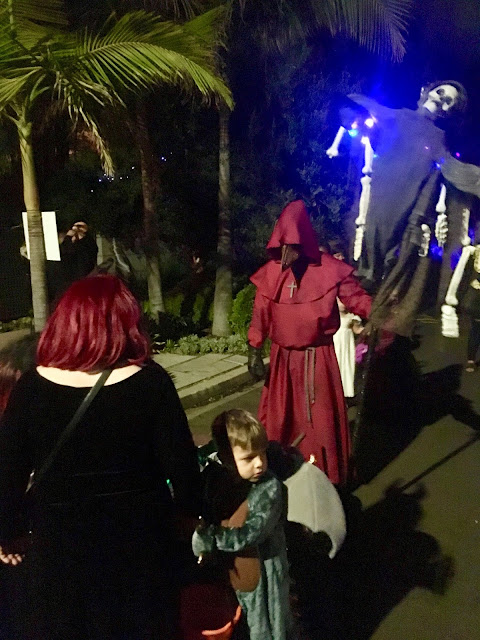 Kids got so much candy that their bags were nearly bigger than them ... which soon meant meltdowns and tired parents. Once it was bedtime, the grownups got down to socializing over on the walk streets, which were also pretty decked out.  While hanging out over on Nowita, I got a call from my brother, who had an extra ticket to see Thee Oh Sees downtown at the Teragram Ballroom. I was in. 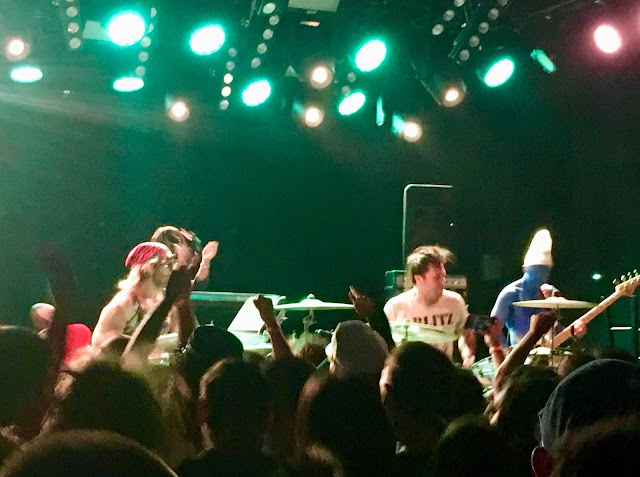 We raced downtown, in time to see Thee Oh Sees shred it up for a bunch of costumed moshers. I laughed every time I looked at the drummer (there's two) who was dressed up as Macho Man Randy Savage, fake muscles and all. The Smurf on bass was pretty good too.

Sweaty, spent, and fully rocked, we made our way back to Venice, with another excellent community Halloween celebration on the books! Good job, Venice ... you're the best. 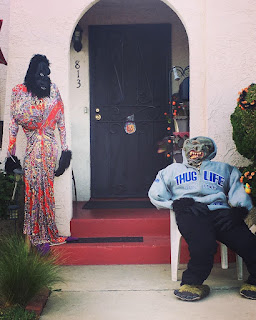