A Venice Weekend - From Surfside To Moby Dick!

Another excellent weekend in Venice was just lived, and it was well-needed after all the drama of the world and California last week. The weather was lovely, and I think people were just in the mood to cut loose a little bit. To that end, there was a bunch of house parties and fun like that, and then on Saturday night there was a little book release party for Jason Hill's new second edition of his collection of Venice Stories (and I'm in it!). 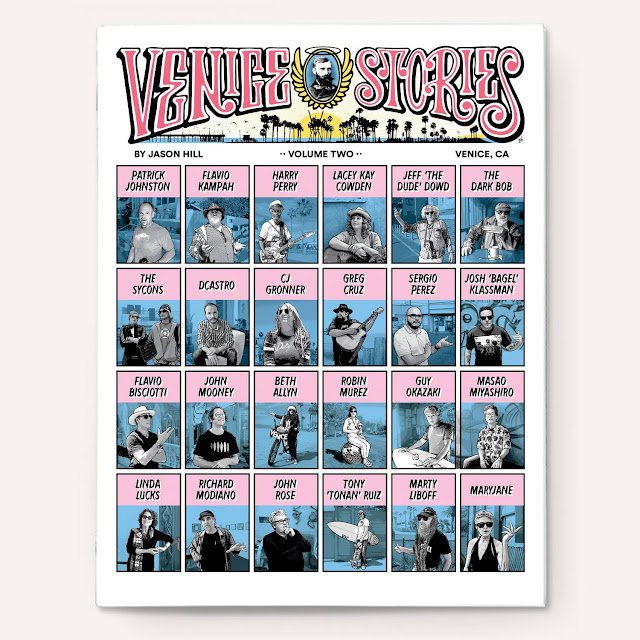 I don't believe I've ever seen Harry Perry play anywhere other than the Boardwalk, but there he was shredding it up at Surfside with his band, the Karma Kosmic Krusaders. They were louder and harder than most anything I've ever seen at Surfside, but it was legendary to see Perry play an actual set with a full band. 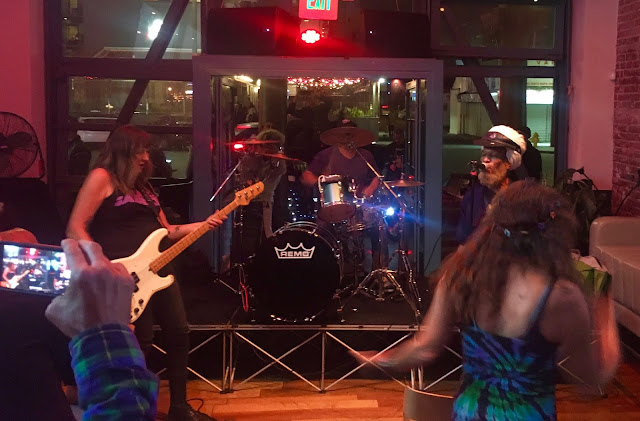 Friends and locals were all there celebrating life, basically, and it was almost like the last day of school when everyone signs your yearbook, as those featured in this Venice Stories booklet were going around having everyone sign their copy. It was cute, and a good way for everyone to come together. 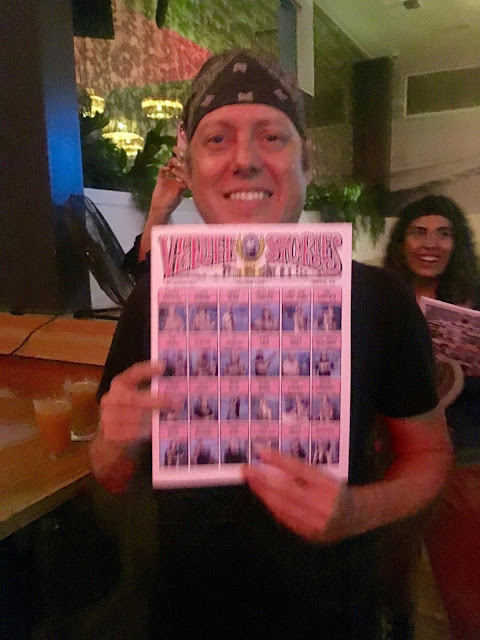 I couldn't stay as long as I would have liked because all THREE of my brother Paul's bands (The Weight Of Everything/spaceblanket/Shotshell Press) were playing the same night in San Pedro (at Harold's Place, who really need a new person that doesn't double book bands like losers - but I digress). Sunday was a lot of recovery, but we were able to get it together in time to hear a little bit of Moby Dick being read in its annual beach reading at the Breakwater, put on by the wonderful Venice Oceanarium. It's one of my favorite annual events for good reason - literature being read aloud next to the sea where the story takes place. Wonderful, picturesque ... great. I think I missed the clam chowder this year, but the view and the story was more than enough. 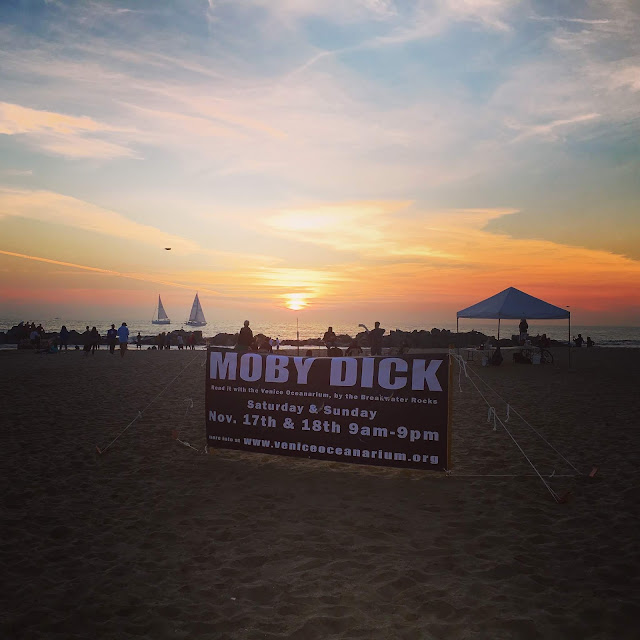 Then just like that, it's a new week, a new hustle, and a new opportunity for more great things to happen. My beach walk this morning was rewarded by running into the bulldozers that are building the winter sand dunes as we speak, which means today is Opening Day of Sand Sledding Season! Yay. 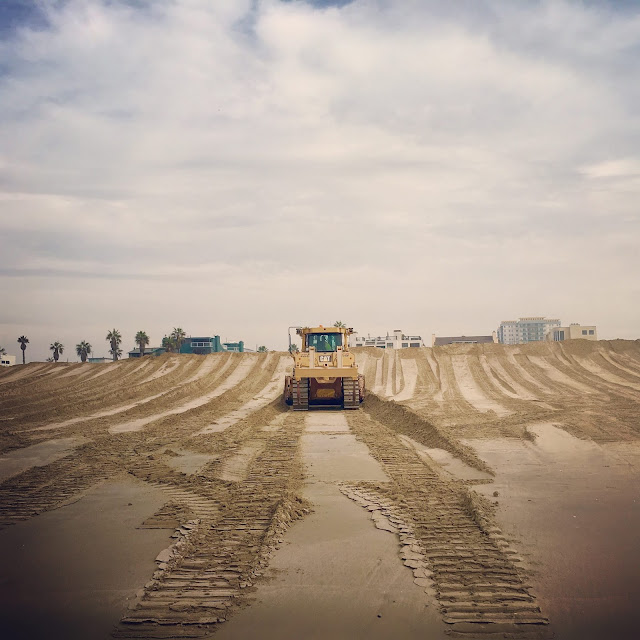 As we now enter the hustle and bustle of the holidays with Thanksgiving kicking off this week, let's remember the little things that make life great. Walking along and looking out at the beautiful sea, I recalled a quote a mystical lady told me one day at the beach, that I think goes great with Thanksgiving especially, but every damn day too.

"Gratitude IS the Glory." Think about that. Like, if you're feeling grateful, that IS the recognition of things being good at that moment, and that you're tangibly aware of it. Thus, that feeling IS the glory that we're all going for.  Gratitude is the Glory. Get after it! Happy Thanksgiving Week, Friends!