California Fires - A Community In Action


The absolutely horrible wildfires in California over the weekend (and still not fully contained) were shocking. I've never seen actual flames from the beach here in Venice, but I did on Friday night. And it was scary. There wasn't even a chance to fully process the mass shooting in Thousand Oaks on Thursday, before that same community needed to be evacuated for the fires. Beautiful Malibu was going up in flames, and we could SEE it. It was a really heavy week. 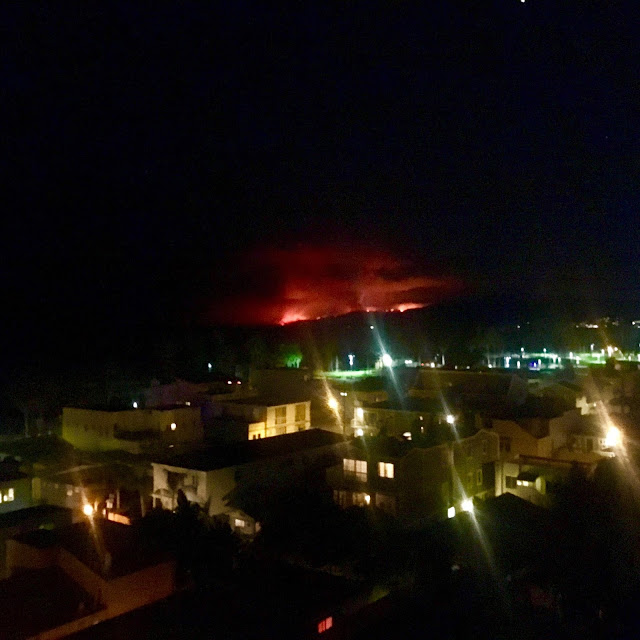 There was a Movie Night at Muscle Beach on Friday night, also the first time that has happened, that I know of. They were screening the wonderful surf documentary, Hawai'ian: The Legend Of Eddie Aikau, and I never thought I'd be nearly out loud sobbing while sitting at Muscle Beach - but there I was. A good little group turned out to get their minds off of everythig, though we were all distracted by the encroaching flames on the horizon to the north. Every now and then, the streaming would falter and the movie would stall, so we'd go look at the flames until it came back on. (Thanks, Lance!) 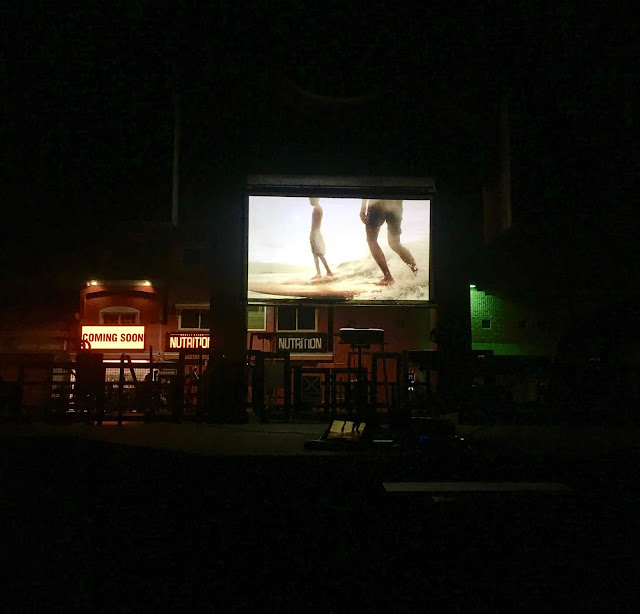 We weren't looking at just the glow from the flames, but actual FIRE. When the movie was over, and the much needed drink at James Beach was gulped down, we went up to the rooftop across the street. The words being used were "Surreal". "Apocalyptic". "War zone". "Hell". And yes, "Climate Change". Danny Samakow and I were getting emotional about it, mainly because you felt so helpless to help. I don't think anyone slept well that night. 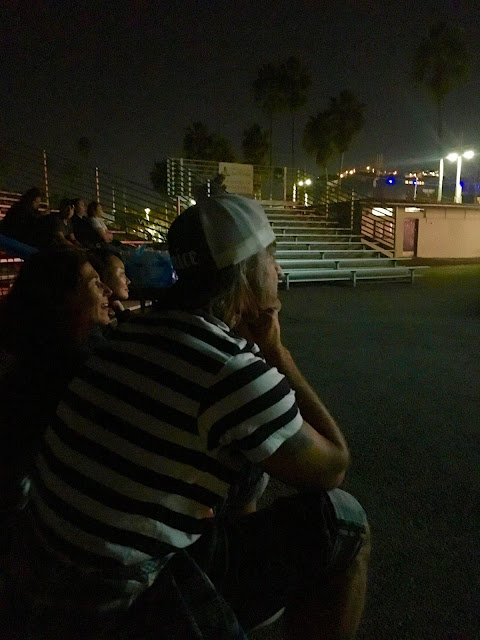 Saturday morning the whole town woke up to thick smoke and the smell of wood burning. You could look directly at the sun, as it was so obscured by smoke you could barely make out the orange ball of fire within it. Fires make for gorgeous sunsets, but this one was heavy with so much loss. Then the beautiful part of it all began to happen ... the Community jumped into action. All social media feeds were full of offers of places to stay (um, does that only count for fire victims?), places to donate necessities for the people who have lost everything, citizen firefighters fought alongside the official ones (and all of the inmates making like $2 a day to save others!), and the outpouring of help and love continues to this moment. The expected Santa Ana winds mercifully did not yet arrive, and that gives a fighting chance to putting this entirely out before they do show up. We hope. 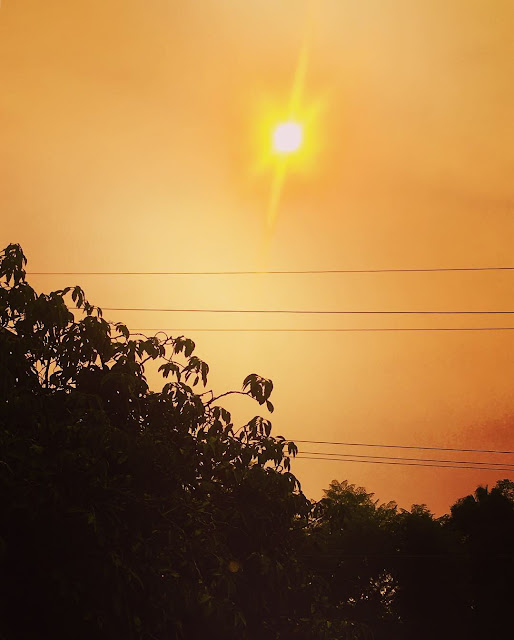 People around the country (and world) have sent messages of love and thoughts and support, with even the Empire State Building turning blue and gold in a symbol of solidarity. That's one thing that has always been - and remains - great about this country. When something goes really bad, everyone bands together to help. That's when you realize that we really are all in it together. Climate change, especially, but all of it. Voting, shootings, failing infrastructure, natural disasters - it affects us all. Times like these really spotlight the Power of the People - because as we heard over the weekend, our leadership is both clueless and useless. So, thank you to everyone who shows up to help. The everyday heroes. It reminds me of the story Mr. Rogers would tell:

“My mother would say to me, ‘Look for the helpers. You will always find people who are helping.’ To this day, especially in times of disaster, I remember my mother’s words, and I am always comforted by realizing that there are still so many helpers — so many caring people in this world.”

Today I think we can all also find comfort by realizing that there are STILL so many helpers. Thank you.