The Golden State - More Than A Store, A Lifestyle

When I was about five, I saw the Sunkist soda "Good Vibrations" commercial, and knew that California is where I wanted to live when I grew up. Then I saw A Star Is Born and knew that I wanted to live where Kris Kristofferson lived in the movie - in California. Then I heard Led Zeppelin's "Going To California", and that just sealed the deal. As soon as I finished college (and after a year in Hawai'i), I headed to California ... Venice, in particular.

Over the years, I've grown to love California as much, if not more, than I love Minnesota. A lot of that has to do with freedom, the wild West, the sun, the surf, the music, the open-minded people, and creating a lifestyle that lets me appreciate all of the best of that to the fullest. I don't want to live somewhere that's like everywhere else, which is why I tell the stories of the people and places that I love, that have a distinct sense of place, and that embody all I love about where I live. Like The Golden State. 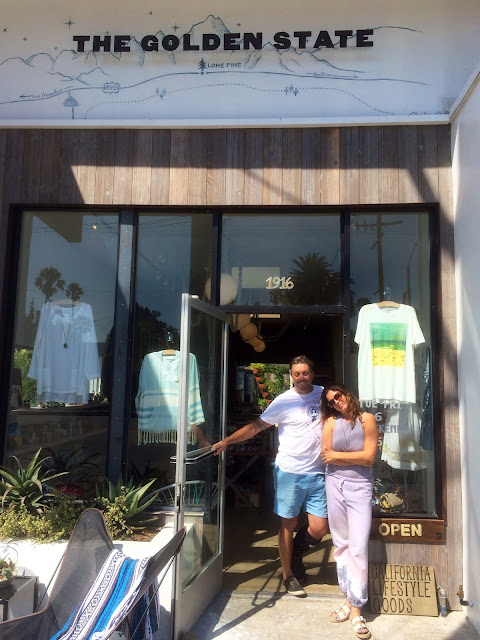 Stephanie Stuart is a fourth generation native Californian, born and raised in Los Angeles. Her family was in the film biz, and she grew up surrounded by the industry. Stuart worked as a stylist for editorials and film and television, then wound up as a costumer on Seinfeld. She had her first son on the last night of that job, and then focused on raising her three boys, all the while thinking of how she'd really like to open a concept store for all things tied to a California lifestyle. It was also a reaction to the recession, getting away from big box stores and realizing the backlash people were having to corporate takeovers, and wanting to do something independent and unique for our area. 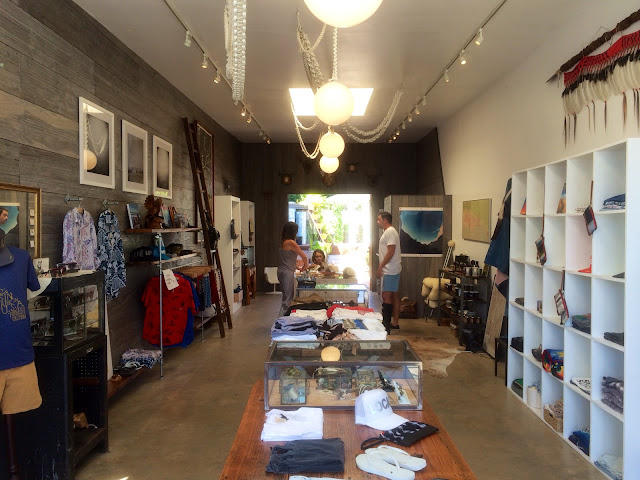 The chance came to open a store on Ocean Park Boulevard in 2009, which was short lived, before opening again as a pop up store within Big Red Sun on Rose Avenue in Venice, then moved into their own space next door (now Lily Ashwell). The synergy there was great, and the store gained a loyal following for lovers of all things California. "I find that people will go out of their way to support us, and tell their friends. This has all been pretty much word of mouth," Stuart told me gratefully. 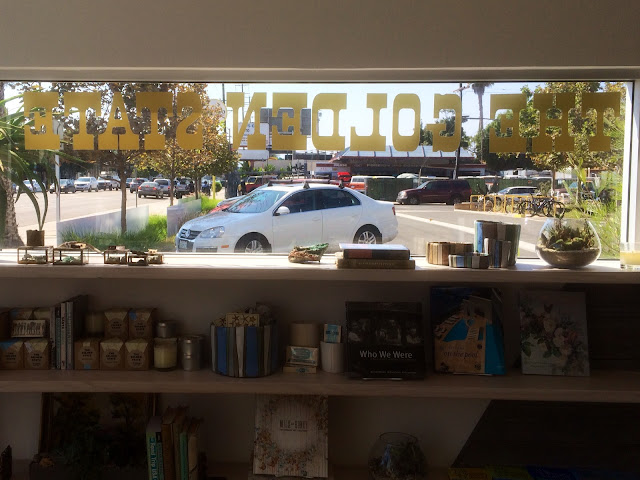 When the lease was up on the Rose space, Stuart and her husband, Steve, began looking for a new spot, and found a gem on Lincoln Boulevard, right next to Superba Food and Bread. They opened their doors on Lincoln this past April, and have never been busier. The store is gorgeous, light and breezy, and full of everything you want, from gorgeous beach cover-ups and bikinis, and the latest and coolest threads for the dudes, all the way to books and olive oils! 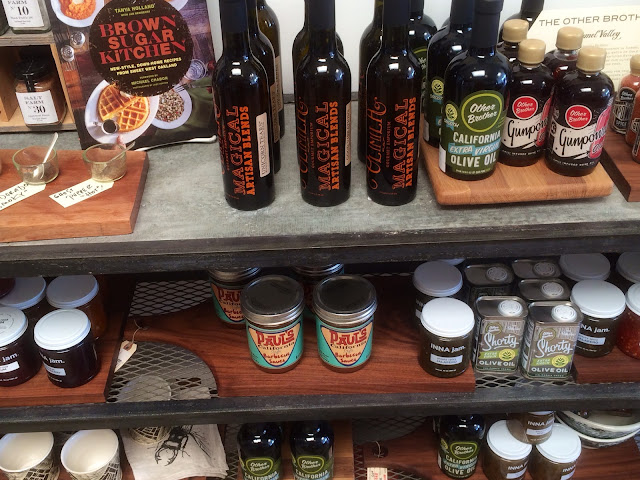 Jewelry and wall hangings share space with art and cards, all of it the full embodiment of a West Coast lifestyle. "People are creating a lifestyle that's not about money, it's about enjoying their life in California," says Stuart. "I'm impressed by California every day ... its resilience, its resources, and its beauty, from the beach to the mountains to the desert." 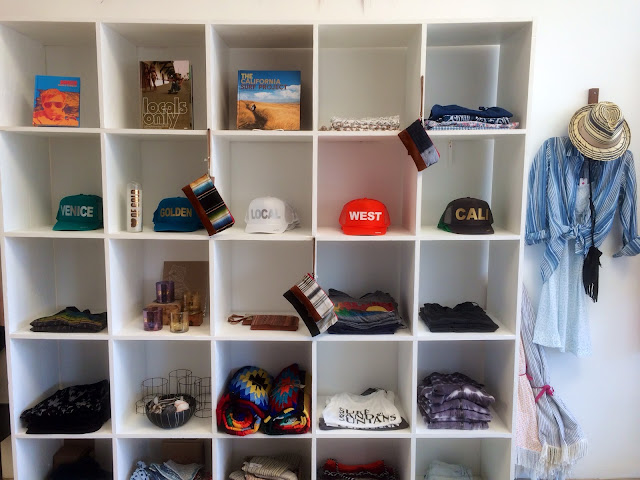 All of those highlights are included within the walls of this wonderful shop, making it feel as if you went on a good old fashioned road trip just by walking around looking at all the great stuff. 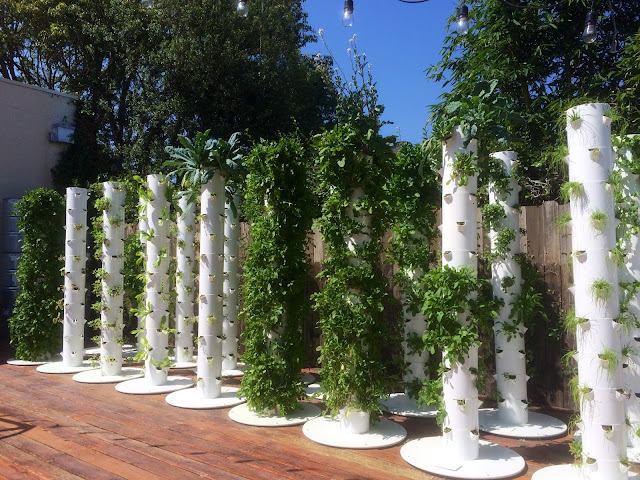 It gets even better when you go out to the back patio. There Stuart teamed up with the Superba folks to create a hydroponic garden outside to provide fresh produce and herbs for the restaurant next door! It's a beautiful refuge back there, and you feel miles away from busy Lincoln Boulevard just outside the front door. There is a fire pit and large picnic tables, with the idea that they'll start having events back there, from dinner parties with neighbors to yoga classes ... all very Californian, of course. 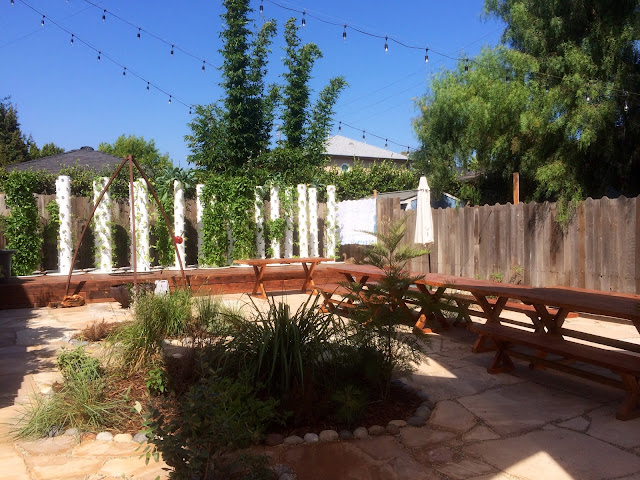 A mural by Dee Dee Cheriel will be added to the outside wall next week, all of coming together to be a low impact space to just chill and build more community, with anything you need just steps away. It's truly lovely, and resourceful, and all around just great. 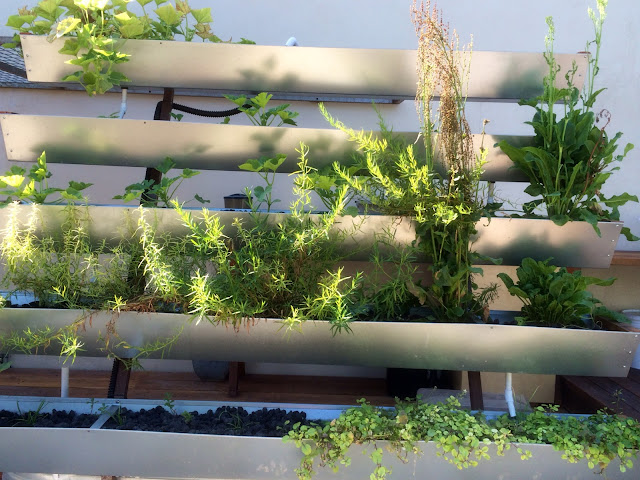 The Stuarts feature California brands in the store, some favorites being Iron and Resin and Freedom Artists for Men's clothes, Raen for sunglasses, Electric and Rose (designed by Venice locals) for both men and women's surf and yoga couture, and Turquoise and Tobacco (another Venice local and dear friend Laura Genevieve!) for excellent local jewelry. They even have their delicious smelling The Golden State candles hand poured just for them. 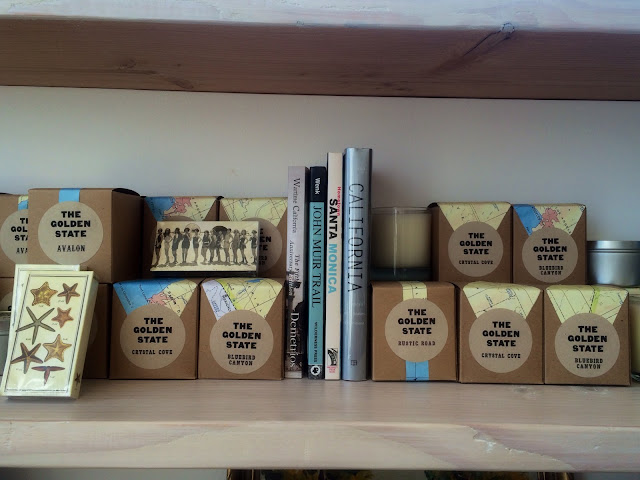 When not in the store, the Stuarts can be found, of course at Superba next door, at Clutch on Lincoln, at new favorite in Louie's of Mar Vista, but probably their favorite spot is to just hang out in their glorious back garden with their boys and their friends. I get it ... I didn't want to leave either. It's exactly the kind of place we want to keep Venice unique and awesome. 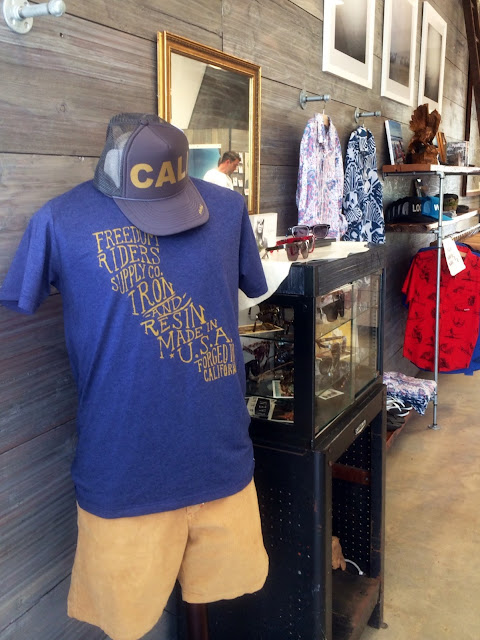 "California is timeless and classic and brand new all at once, and I wanted to create the context to tell that story in our store, as well as be a vessel for local and regional designers," explained Stuart. She has done exactly that, as from the moment I walked through the door, I instantly felt that same groovy excitement as I did when I was a kid listening to "Good Vibrations", which should absolutely be the theme store for this fantastic oasis of California gold, both a state and a state of mind. 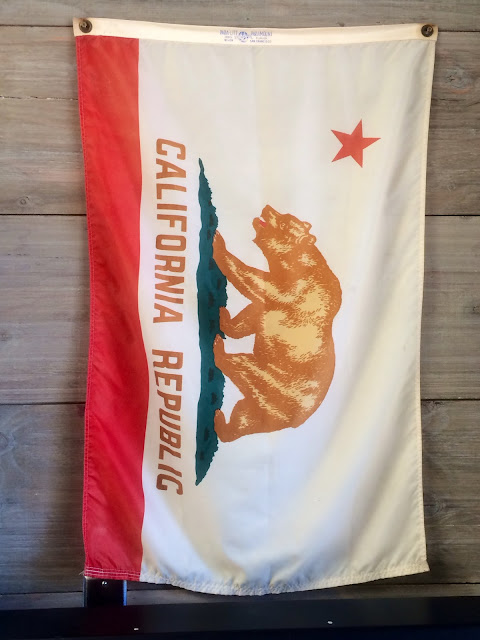