Home And Away - Back In The Venice Bubble (Where I Belong)

Well, I just got back from a beautiful Summer vacation in Minnesota, where I was born and raised. The entire state was showing off the whole time, with breathtaking beauty, perfect Summer weather (I include a couple thunderstorms in that, because to me and any other Californian, they're now so wonderful and rare), cool new spots, wonderful old haunts, and the laughter and fun of family and friends. It was awesome, and this picture pretty much sums up me the whole time, soaking it all in, and deep in thought. 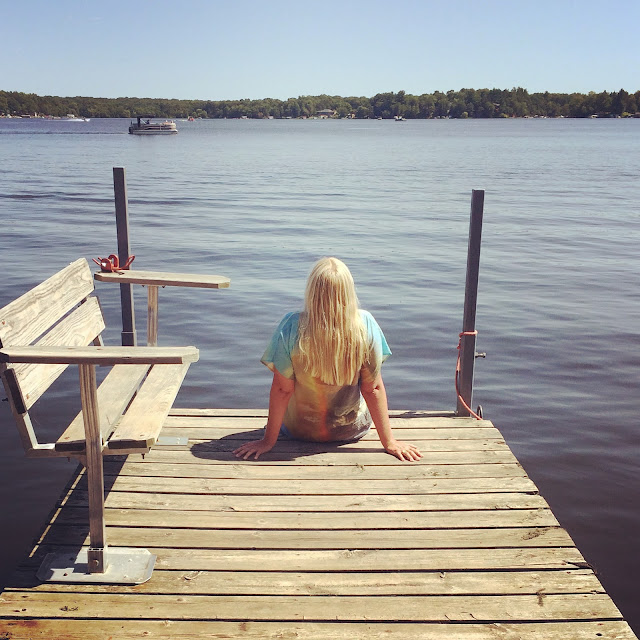 There were outstanding, inspiring times ... volunteering at the Hendrickson Foundation Charity Golf Tournament, where they raise funds and celebrate the incredible achievements of disabled hockey players. Talking my way in to the National Association of Black Journalists party put on by Prince at Paisley Park. Prince! In bronze lounge pajamas and giant afro, right there, Prince! There was swimming in the freshwater lakes and rivers that no matter how great the ocean is (and it is), it just isn't the same. There were great new restaurants (Lyn65, Betty Danger's Country Club, the brand new WOW Fireside Pizza, Revival, Sun Street Bakery, Glam Doll Donuts, Izzy's Ice Cream), and ones that have gotten too big for their britches by far (http://www.yelp.com/biz/psycho-suzis-motor-lounge-minneapolis-2?hrid=lQjQhu46gl72hRzfFAHESA&utm_campaign=www_review_share_popup&utm_medium=copy_link&utm_source=(direct)).

There was seeing children grow, reuniting with college roommates, meeting new neighbors, and waving to old ones. There was still an Ice Cream truck playing music down my old block! I saw the Twins win in their new to me stadium! I went to my favorite art museum (The Walker) for their great International Pop show. There were deep talks and solid reflection. There were laughs and conversations with very best friends for life. There were my brothers, both. There was Mom (really, the main point).

But within all that, I'm a little worried about Minnesota. This was the longest I've been there since I first ever moved right after college, so it got more into what it's like to live there, vs. just being a good time holiday run. I noticed a distinct lack of Minnesota Nice - the one trait I'm most proud of when I describe where I'm from. It has always been THE thing ... and I'm afraid it might be endangered, like so many other things in our world.

People were uptight. I heard the word "terrorists" brought up in several conversations, from vastly different people. WHAT?! Like, you think about that normally? I heard both "Somalians" and "Mexicans" being spoken of disparagingly, by people I formerly thought highly of. I heard people speak of gay marriage with an eye roll. People afraid to go downtown. I heard someone actually PRAISE Michelle Bachmann. People were HONKING in roundabouts! Psycho Suzi's set the tone for bitchy service, but they weren't alone. I was all proud of all the bikes being ridden everywhere, and then I saw a news story that bikers were being targeted by people in cars throwing concrete bricks at them! Like two metal plates and jaw wired shut getting hit, for RIDING THEIR BIKE IN THE BIKE LANE! This is a GOOD thing, that helps traffic and the environment, Minnesota Commuters! Man. Talk about road rage. 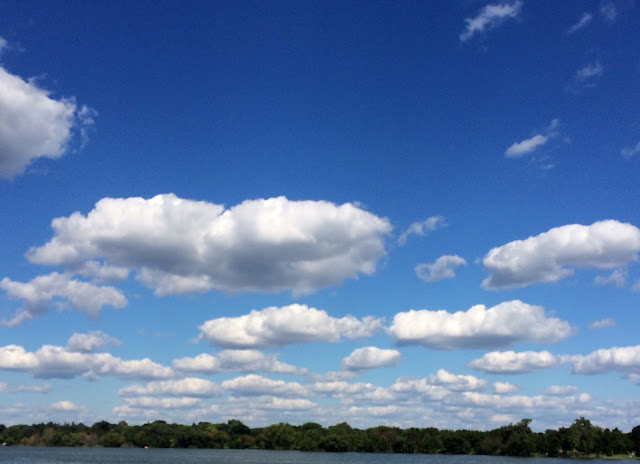 Kids were climbing on the lake monster, so the city just took it away. No more fun. I'd just be happy kids WERE out climbing on things, instead of on their screens! Families (both that I knew and strangers in public) bickered and bitched to where I'm not sure I believe in the marital institution at all anymore. The same people asking me when I'm going to ever settle down. No, thanks. Not if that's what it ends up being. I was seeing a lot of Settled, not Down. There are still a few wonderful examples, but they would take up maybe one hand of fingers. Seriously, what is going on back there? Or is it everywhere, and I just live in the Venice bubble? 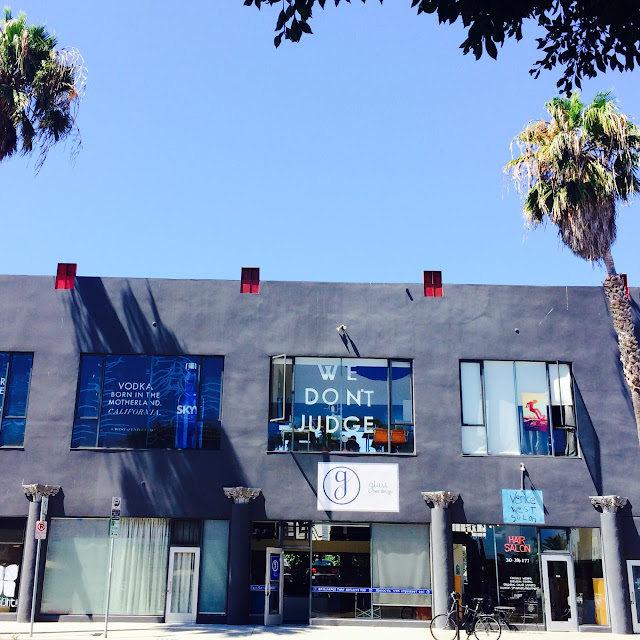 Not that we're immune in the bubble, of course. The moment I got back, I'm all riled up about an article depicting just how badly Google and Snapchat and pure GREED (and people like Tony Bill saying that if you're an ESTABLISHED artist you can afford the rents here - what a DICK thing to say after all the years he's lived here. I'm shocked.) are threatening to make OUR Venice extinct. No way. There's no way I'm giving up our bubble. It's WHY I moved here, to be free, to try not to judge, to express myself however I want, to support and encourage others like me. To live how we want to live, without judgement, with acceptance. Not to have the same chain stores, and road rage, and bickering, and fear, and rigidity that everywhere else seems to have. NO. WAY. It's well worth fighting for. And preserving, no matter what. 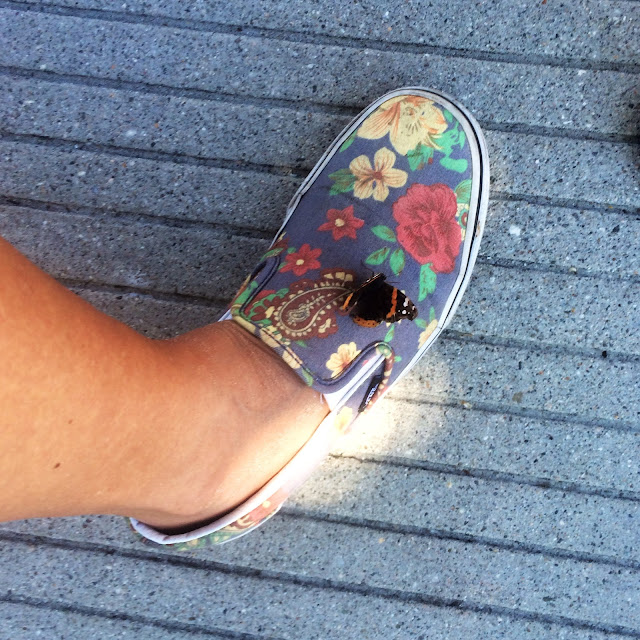 Minnesota - I think you need to be next to legalize marijuana (Ok, after California, technically. It just seems like it always has been legal here). Everyone needs to RELAX and breathe deeply, and appreciate the abundant beauty and quality of life and cool places and people. Stop freaking out over traffic, the Viking Stadium, guns, lion killers, and people that aren't Scandinavian. It's very unbecoming, especially when I used to be so proud that we would always be the only Blue State. Think of Paul Wellstone ... you're better than this. I love you so much, I always have the best time, but honestly, I think it's time for some real reflection back there. Thanks and love to the kindest woman at the Cub grocery store, who made me go in front of her giant cart with my three things, chatting and complimenting me the whole time. Two strangers leaving as friends, everywhere you go. That's what I remember. That's how I grew up to be who I am. That's what gave me hope that it's still there, it just needs encouragement. 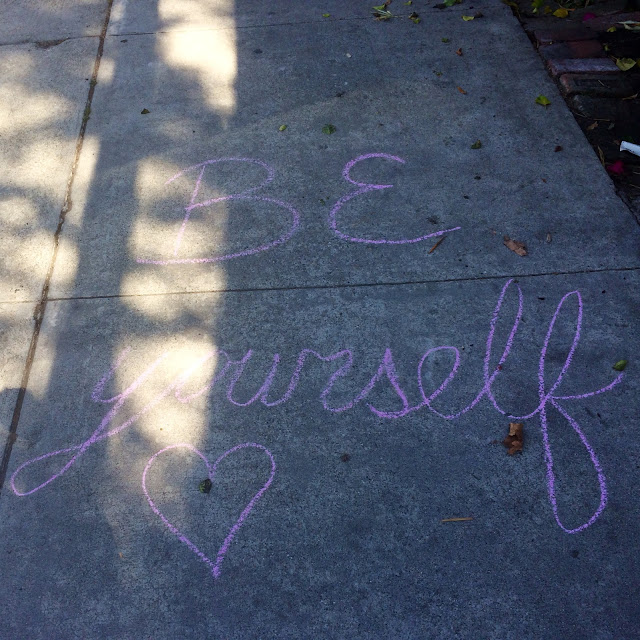 Venice - The moment I got back, I started getting the signs that this is exactly where I belong. Friends honked and waved and welcomed me back. A big sign saying WE DON'T JUDGE was the first thing I saw on my walk. A butterfly landed on my shoe just as I was saying how happy I was to be back, and maybe I questioned it, but now I know this is my spot. It wouldn't leave until I laughed. It grounded me to the spot. I'm HERE. And that just means I'm going to be even more vocal and even more staunch in my belief that all we who truly LOVE it here (and not just the money to be scrounged out of creative people that can't hack it) have a responsibility to protect and preserve our town from the tech carpetbaggers who would have it be another whitebread office park. Again, NO WAY. It's not over, not as long as we're here. And we're not going anywhere. 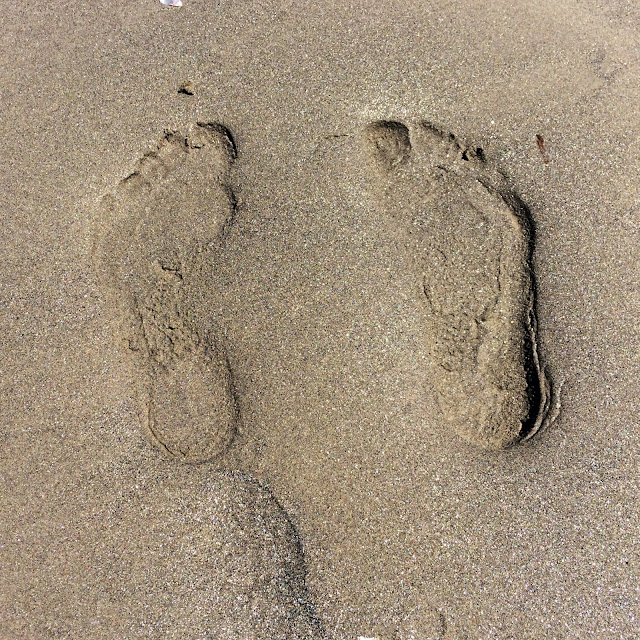 Yet ... with all of this ... we're all under the same shooting stars tonight. And if we don't work TOGETHER to preserve the whole EARTH (seriously, read the climate change article in the current Kevin Hart Rolling Stone - there won't be any beach front property in Venice - or a Venice at all - real soon if emissions don't stop. Minnesota will BE the Venice of America. That's why I'm trying to cool it up now. Let's get to work.

"There's only one kind of folks - FOLKS." - Scout, To Kill A Mocking Bird.

*Special shout out to Wilco! Their fantastic new and FREE album, Star Wars, provided the soundtrack for my beach walk reflection and is the perfect album for one foot in the traditional Midwest, and one in the experimental, swaggering West. Awesome. Download it for free today, and thank them by purchasing an album from someone they dig.