Reggae Night At The Pier!

Last night was Reggae Night at the Santa Monica Pier for the Twilight Dance Series. The star of the evening musically was Sister Nancy, but the real center of attention was the beautiful night sky.

Each Thursday, I hear a giant bike squad go by, blaring a huge old school boom box. They ride as one big group, and it always makes my day. We exchange whistles and waves, and it lets me know it's time to get on the road to the Pier myself. I love them, and this time got my camera going just in time to catch a little of it to show you what I mean. Awesome.

We all needed a walk (and all lack working bikes at the moment), so we set off on foot. It could not have been a more perfect night for a Summer stroll, and it also gives you the chance to better things out than if you're flying by on a bike or a car. Like these cool members of another bike posse, all decked out in lights, and I liked to think, rasta colors. 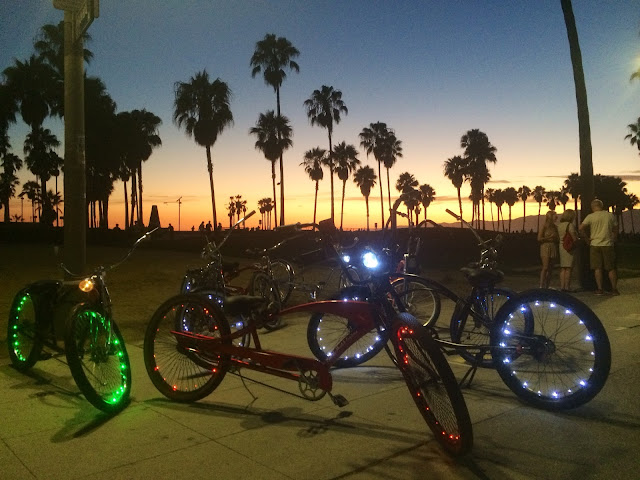 By the time we got to the pier, the sun had set, so it was time to lie back on the blanket in the sand and look for some straggler meteors. We saw none, but there were distractions. The Twilight Concert Series folks have GOT to figure out something about speakers for the people (thousands!) on the sand that honestly have to have extra bionic ears to eke out one bass note. There also used to be a screen facing the sand, so the Sand People could also catch a glimpse of the action. Not anymore.

There is nothing better than a Pier concert to show off what it's like to live and love Summer in Southern California ... but it's a total zoo up on the actual pier (especially if you have kids and/or dogs along) so it would be excellent if we chillers on the beach could see and hear too. 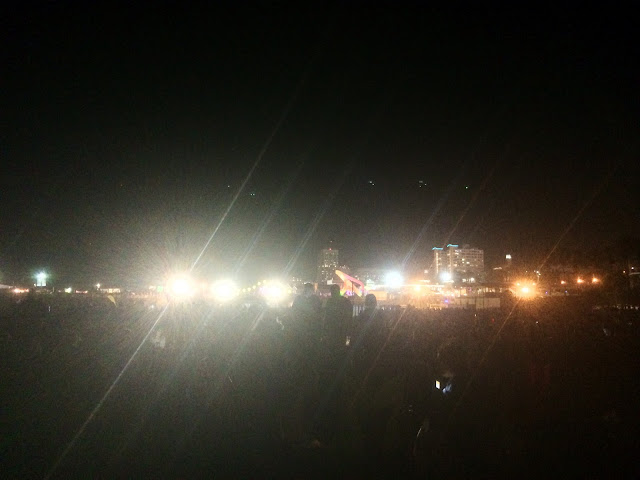 After a while of stargazing and knowing that somewhere over there was actual music, we decided to head back, knowing that we could actually hear the music better on the wind. Sure enough, right about by Shutters, we heard the distant strains of "Bam Bam" ... and all was well.

One Love, Rastas! So fun. So happy to be back in the land of Good Vibrations! Yes I.