I Art You - Create:Fixate Comes To Venice

For its 13th Anniversary, Create:Fixate finally made it to Venice. The old Samy's Camera building on Venice Boulevard was transformed into a happening art club for the one night only affair, and it was packed with aficionados from all over Los Angeles, and from right up the street (me). It was so excellent to have such an event so close that we literally just crossed the street to get there, especially after all the extra-gnarly traffic I'd endured this week. Yes! Exciting. 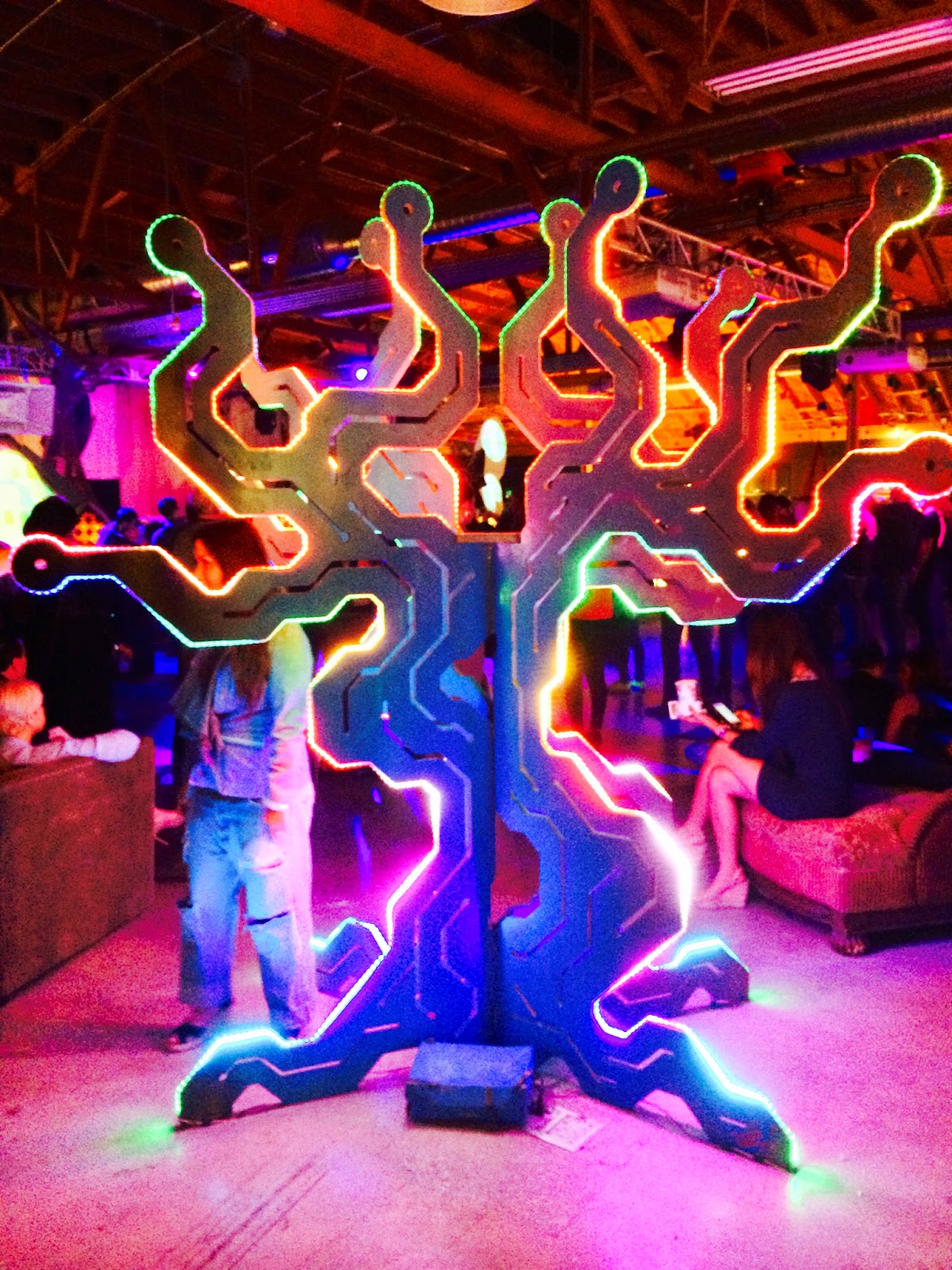 We walked over to see a long line (!) at the transformed entrance to the cavernous building. It was a wooden archway that was very cool and beckoned us in to see all the sights within. 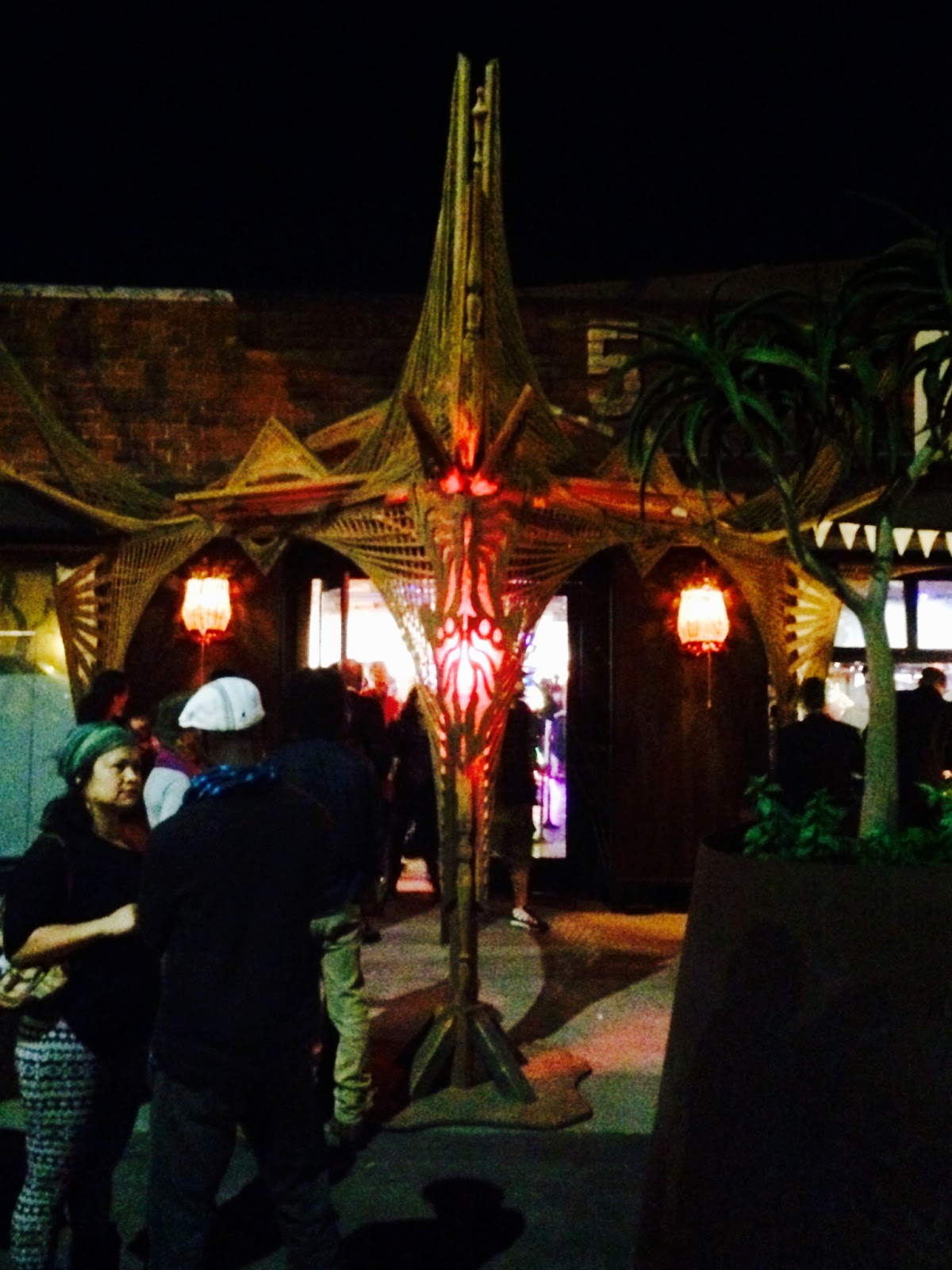 The first thing that caught my eye was a garland of dolls hanging in the window, that was both fun and slightly creepy. This display signaled to me that this show was a perfect fit for Venice, and I think everyone packed in there would agree. 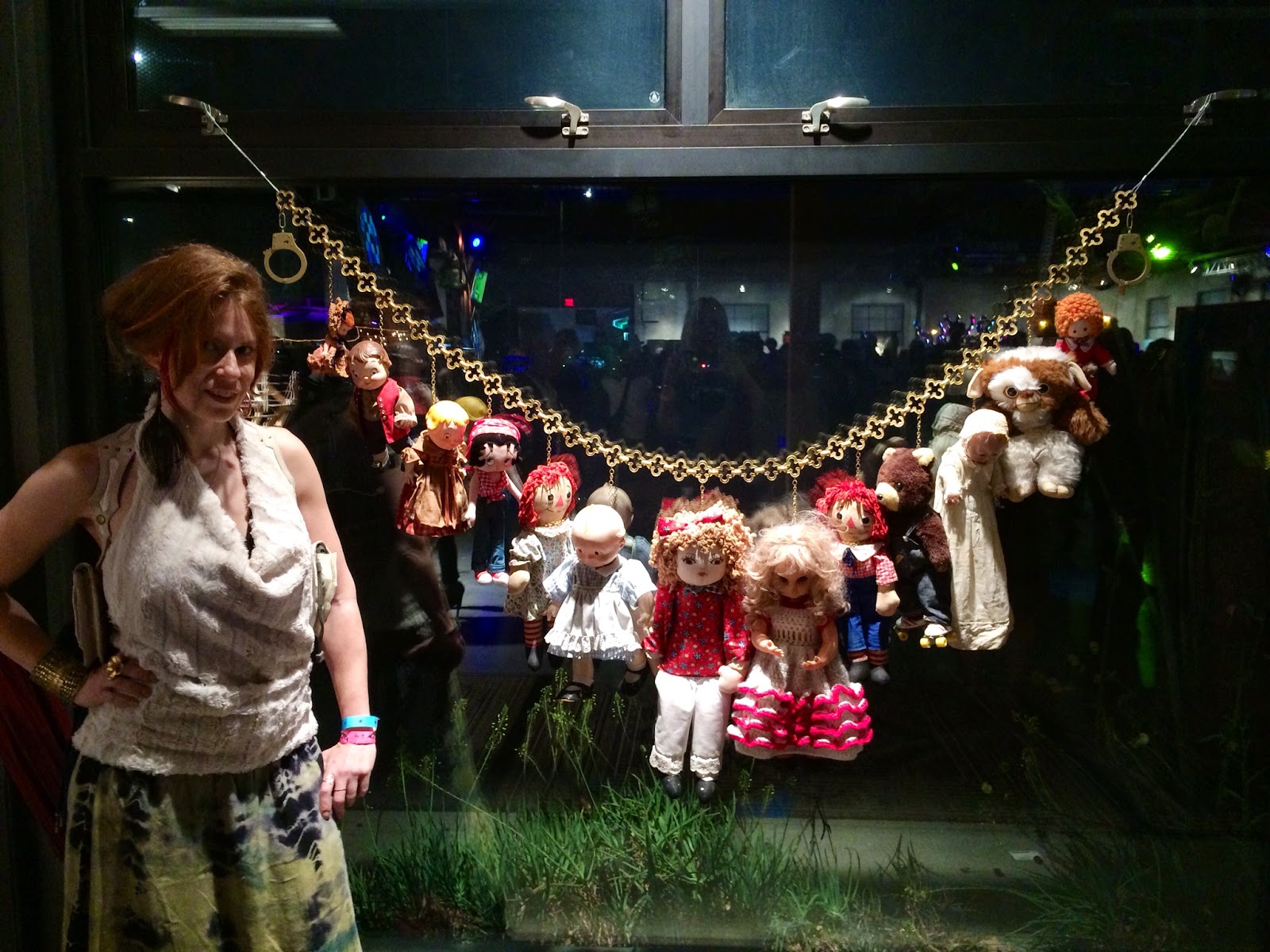 A lot of our very local artists were represented, which was great to see. Right when I entered, Gary Palmer told me that he had some "calming" paintings along one wall, and he was right. His serene works created a peaceful oasis in the midst of the absolute cacophony of a party going on all around. 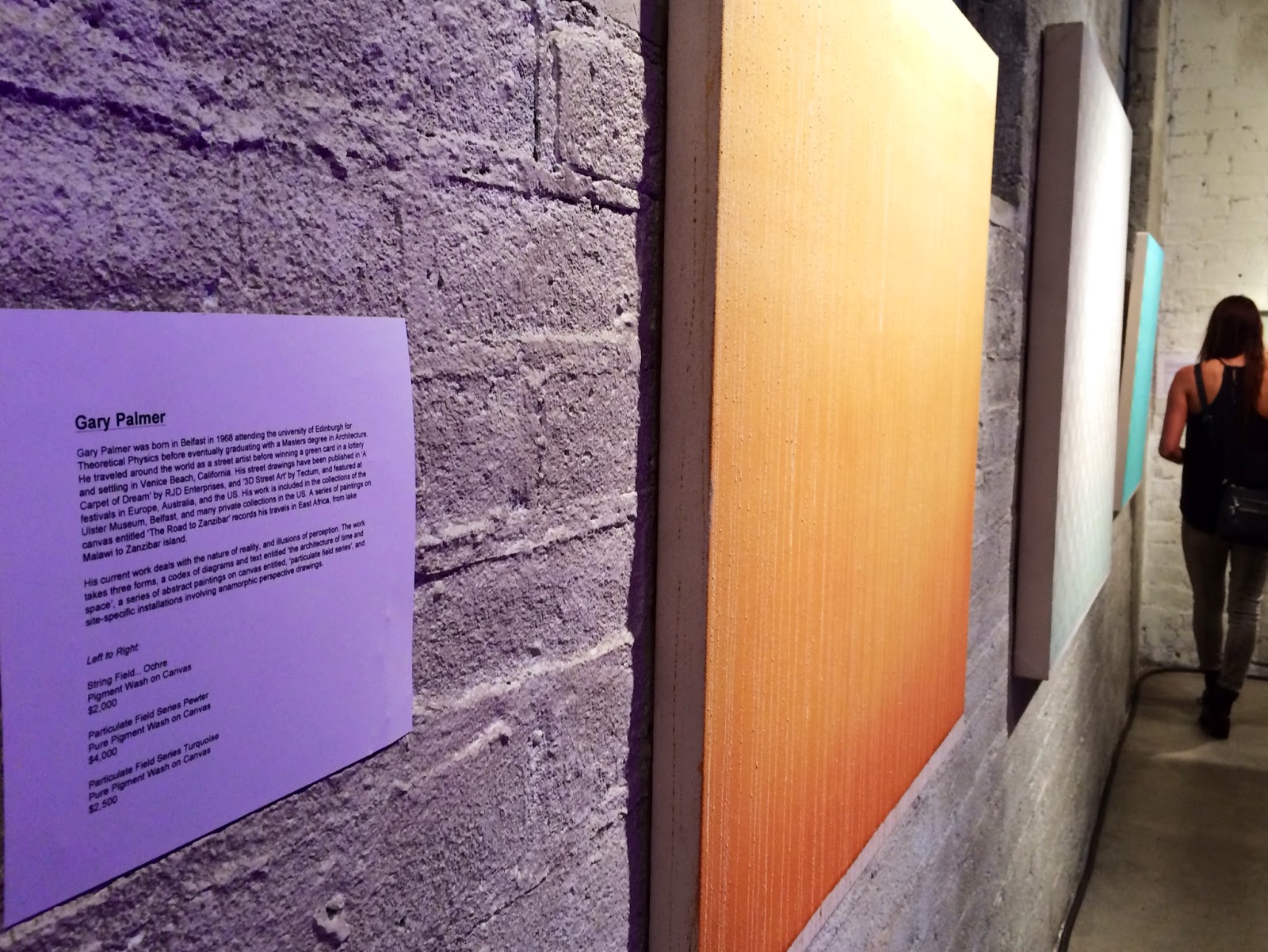 Cerreah (Dutchess) Laykin was there bringing on Spring with her gorgeous flower pieces ... 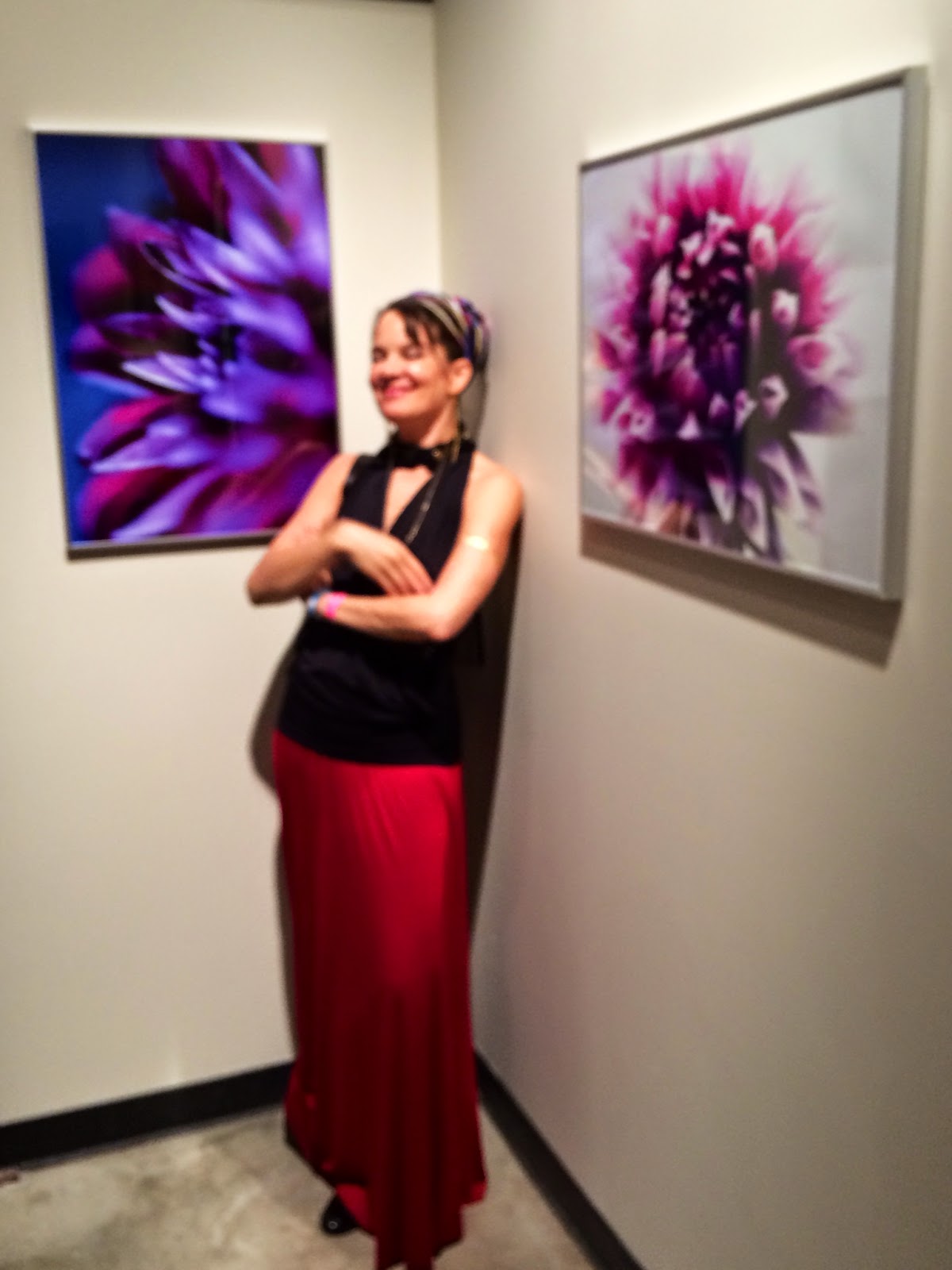 ... And catching up with old friends, which was happening all over. My favorite thing I overheard all night was a woman saying, "Look, everyone loves each other!" It was true. 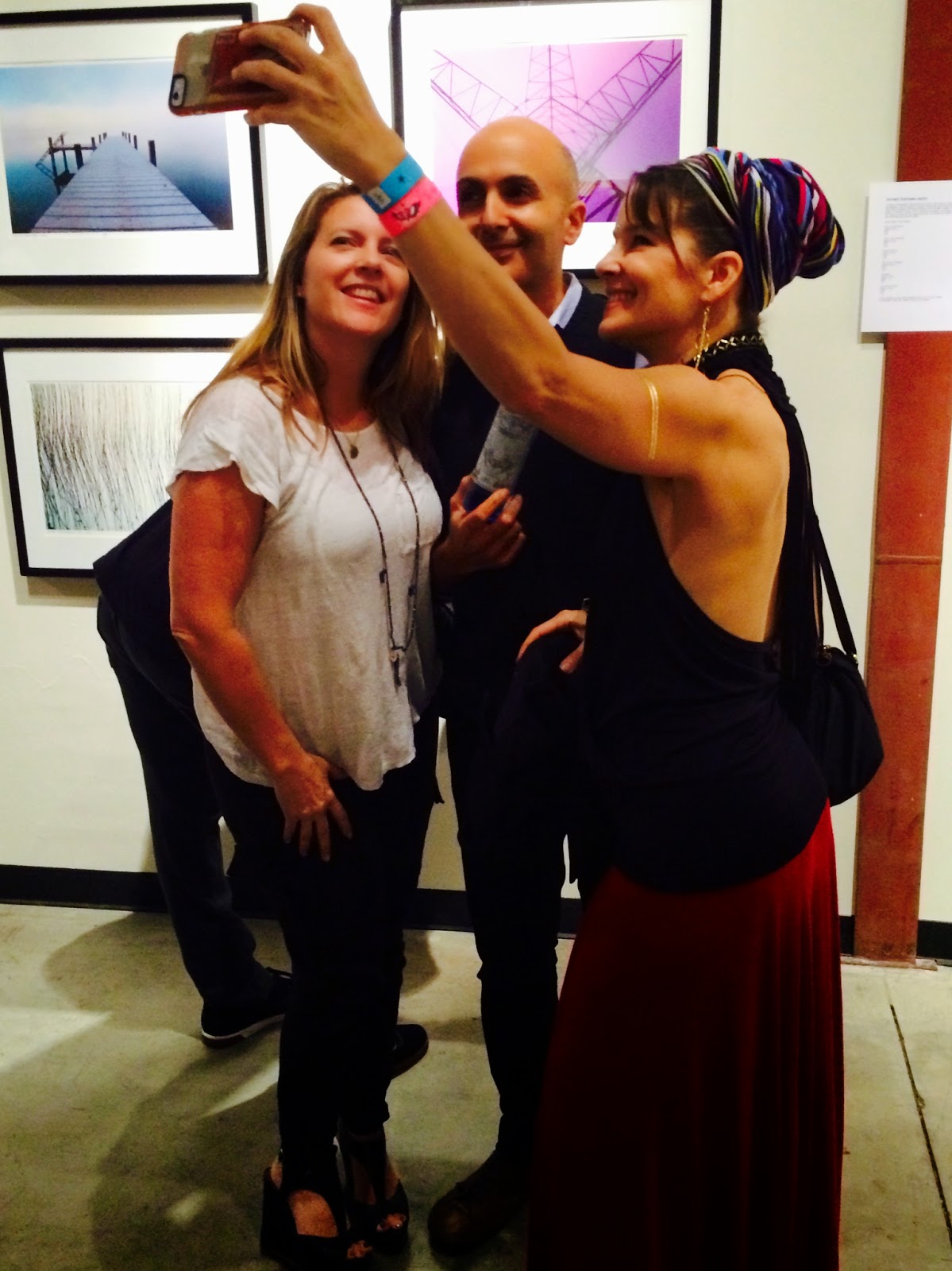 It was also appropriate, as the theme this year was "I Art You" and the whole point was LOVE.
That was in the air, literally, with pink and red floating balloons and signs proclaiming Love ... 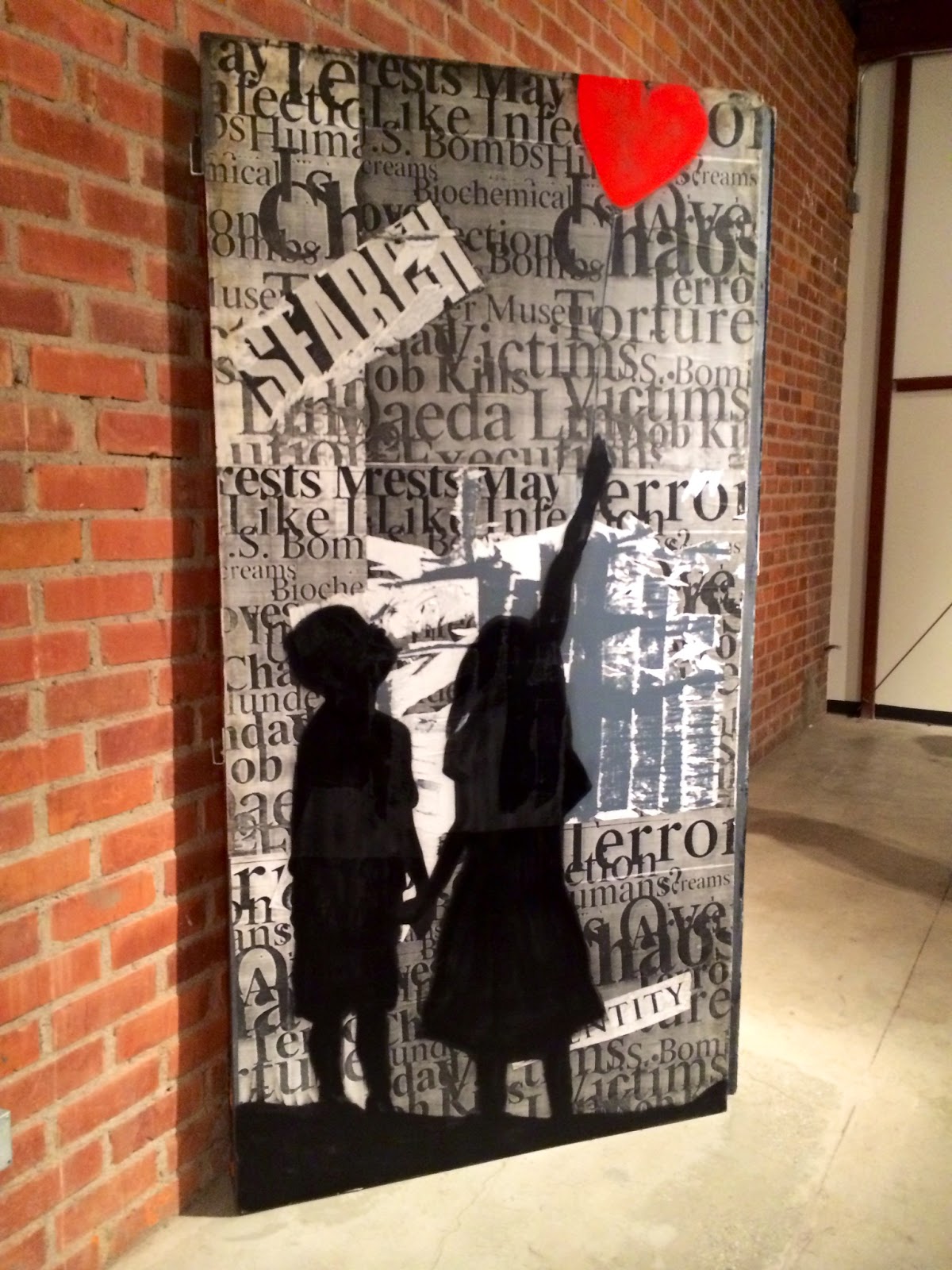 People expressed love while lounging on the opium den style cushions and couches placed around. 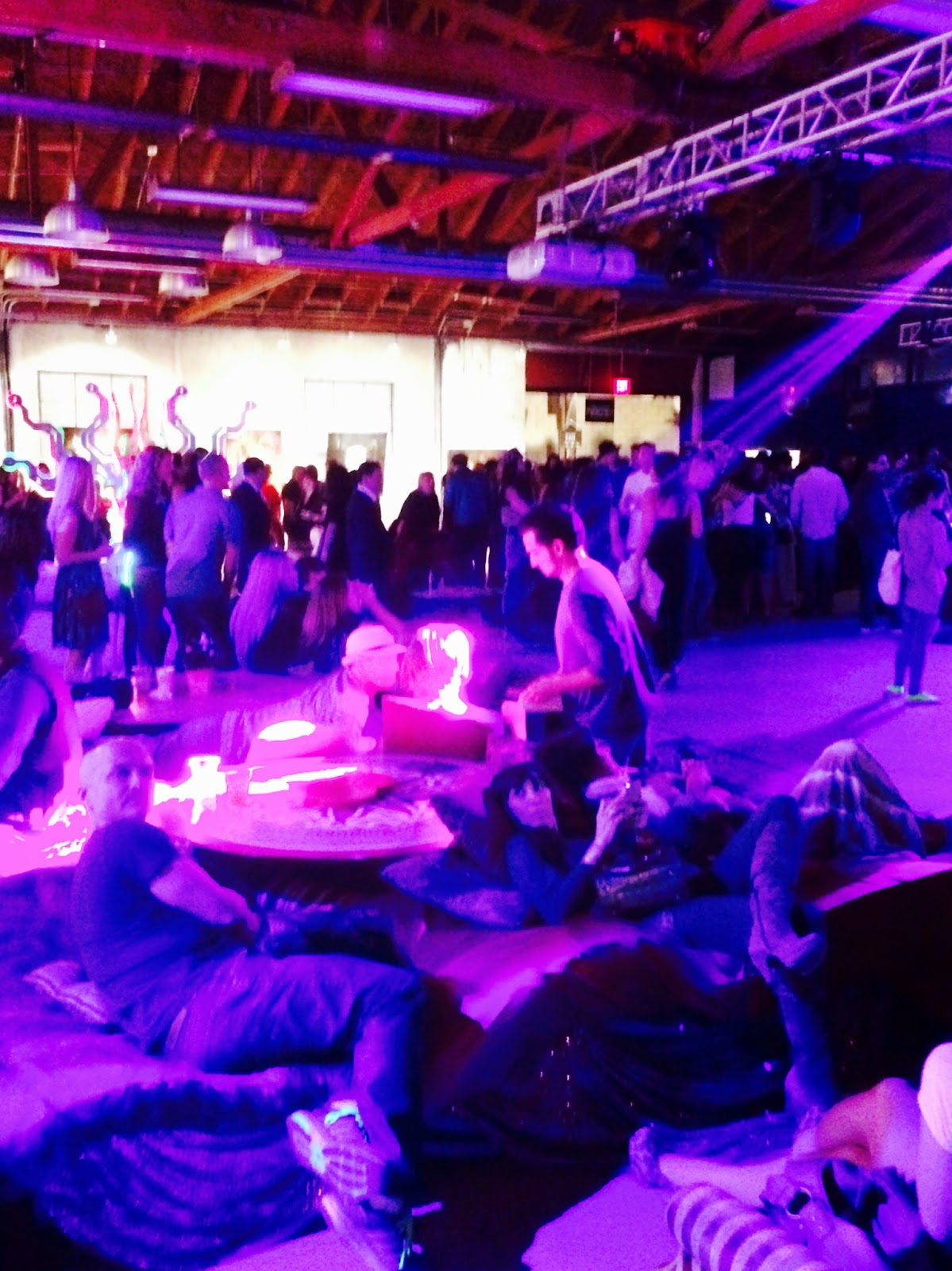 "I love it!" was heard everywhere, as people found their favorite pieces in the show. 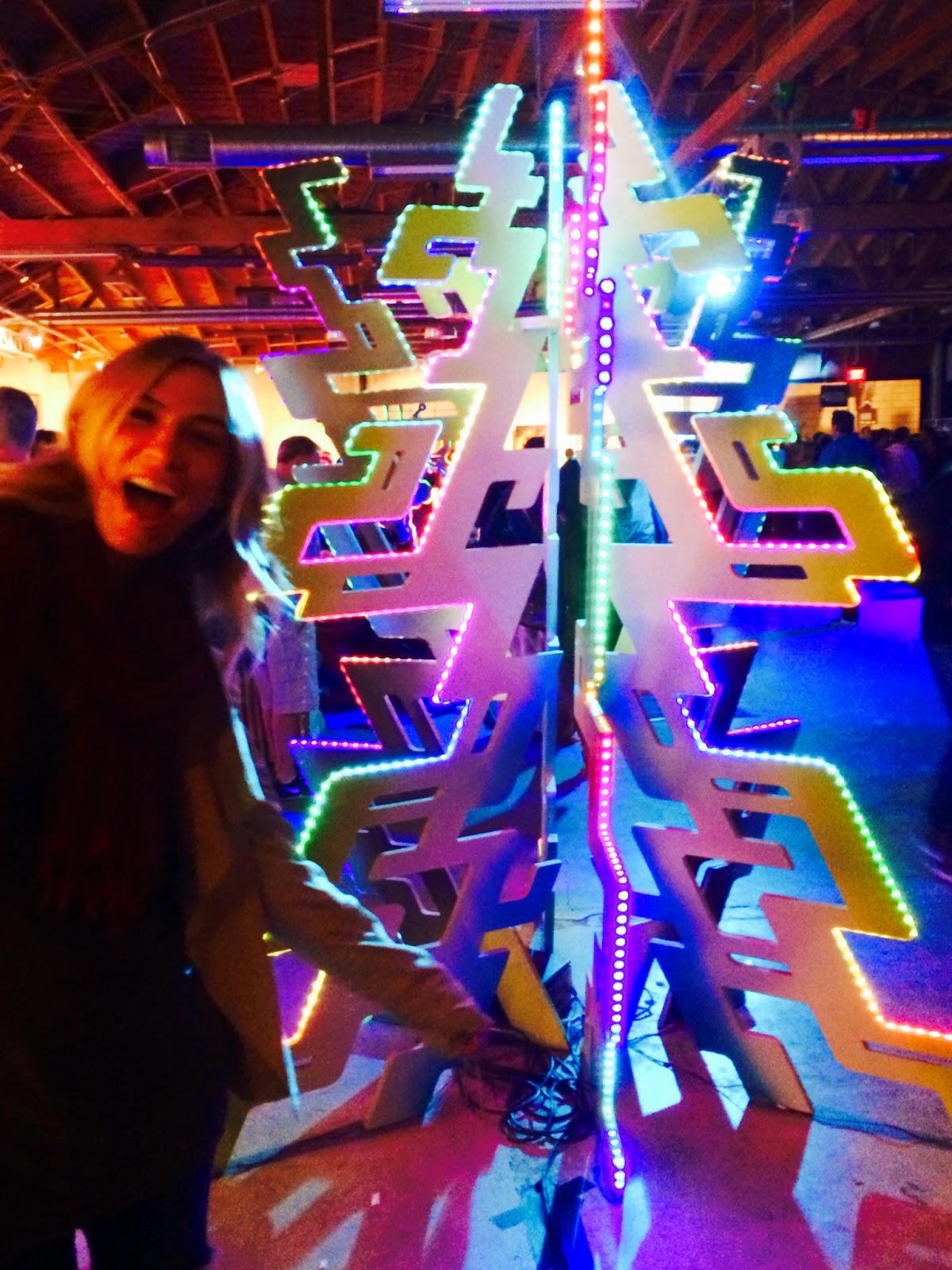 Love looked likely to happen for the various hipsters and scenesters and artists and musicians and friends and neighbors all mingling and sizing one another up .... perhaps for that true connection that did seem more than possible with so many to choose from. 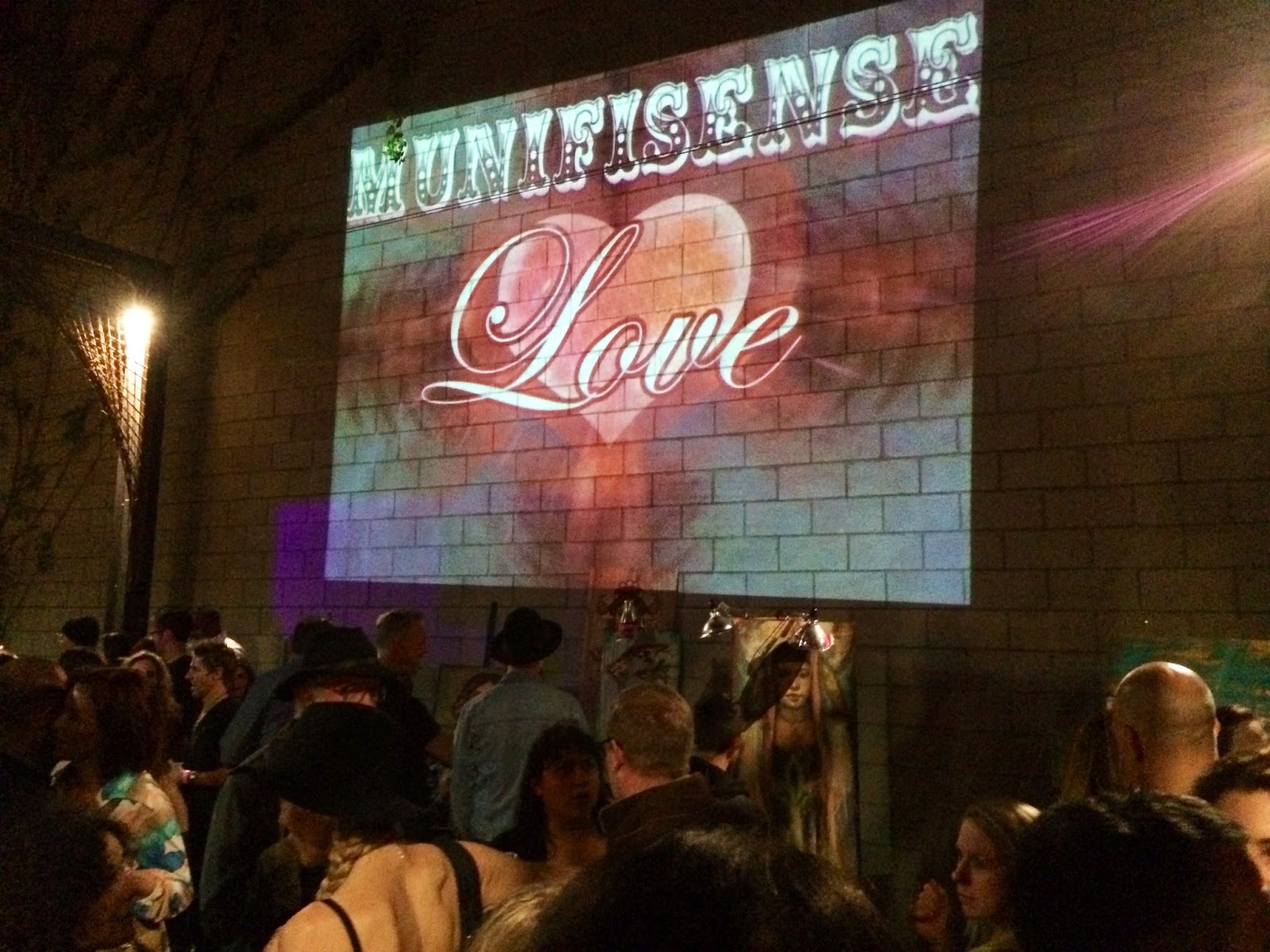 There was the love of a Mother holding probably the littlest art fan there. 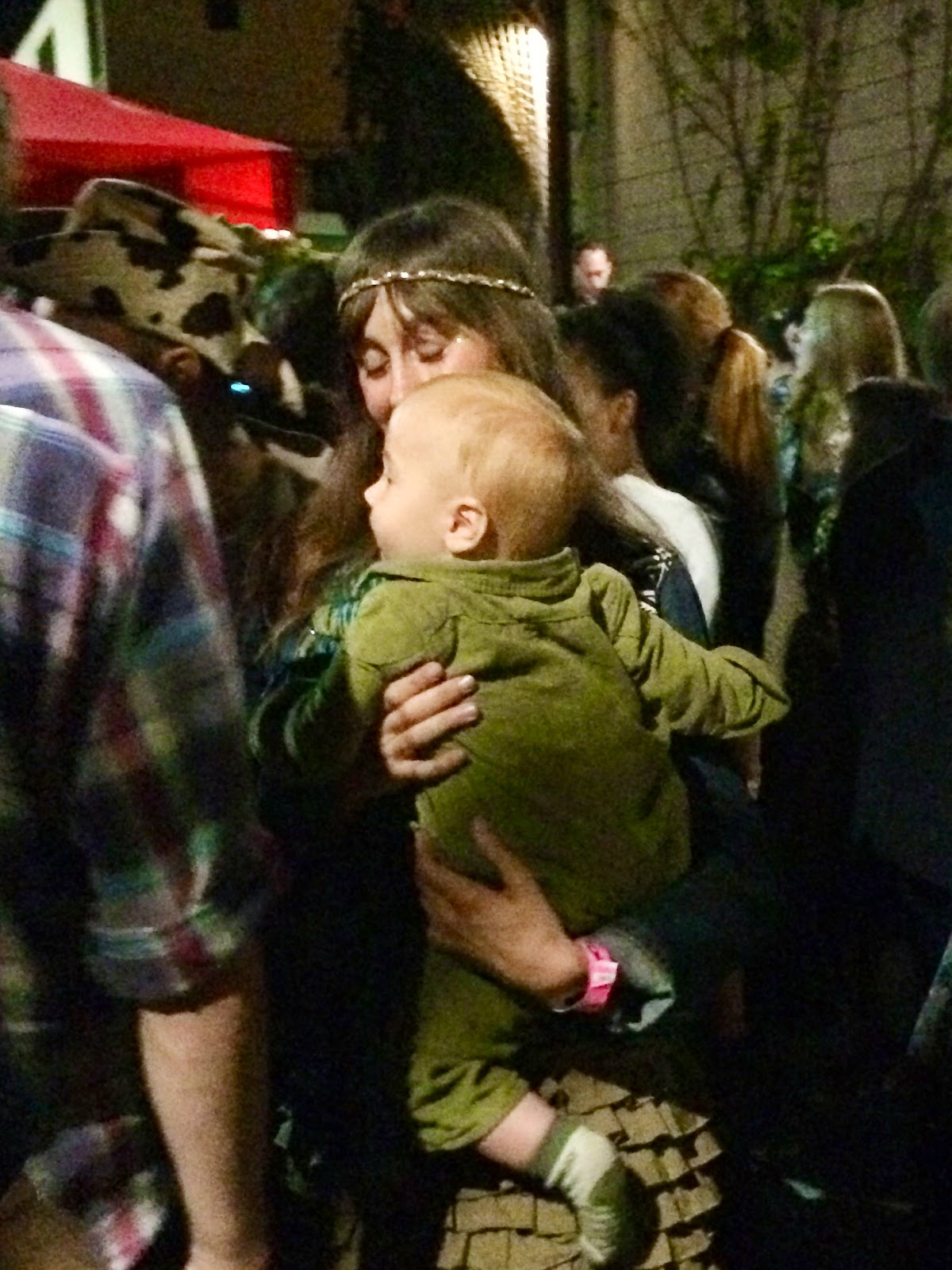 Love flew off the walls at the display of art done by kids at the Venice Boys and Girls Club. The whole event, in fact, was in the name of love, with proceeds going to the Create:Fixate charitable funds, especially art for at-risk kids. The future is bright, see?! 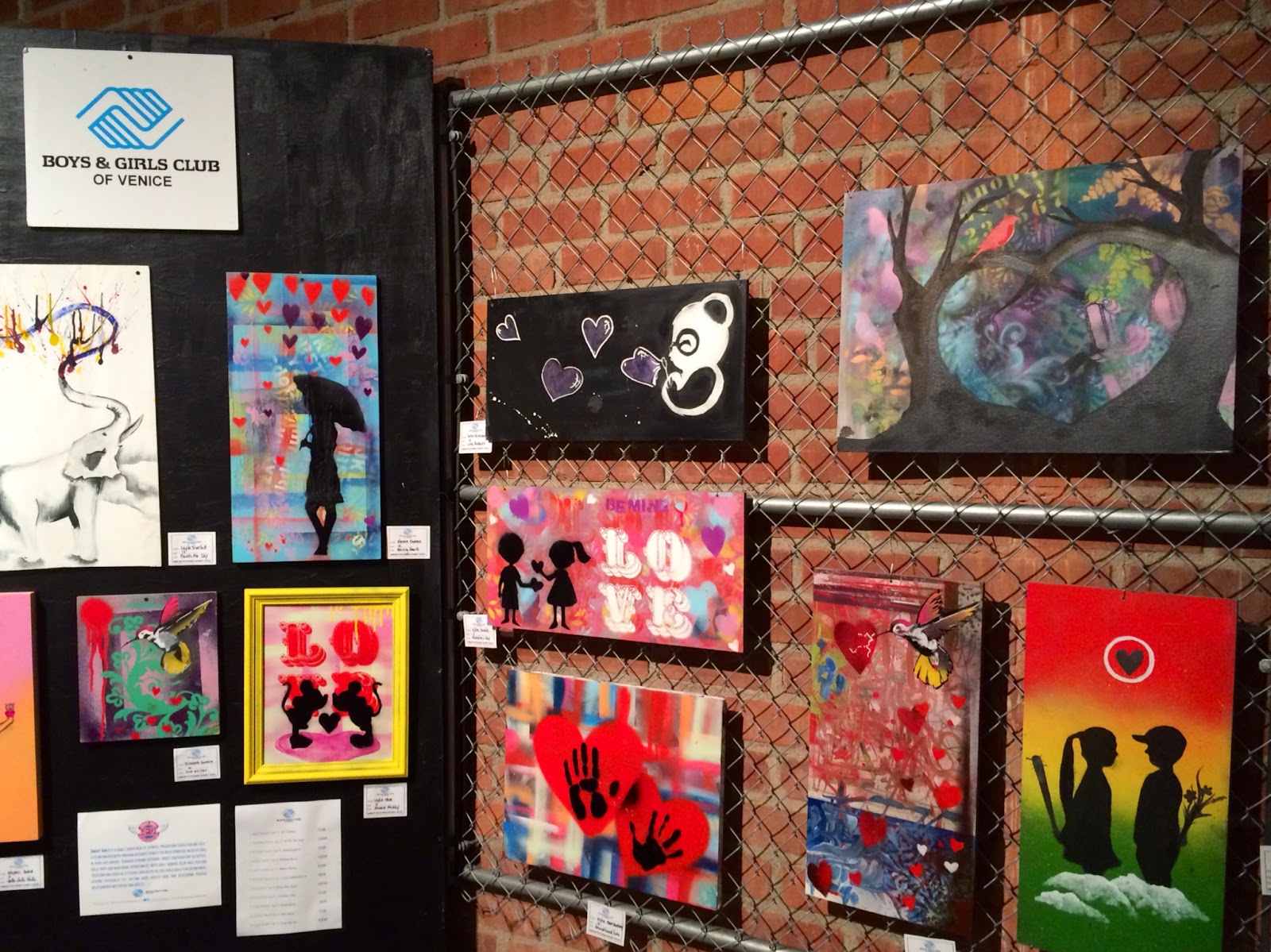 Venice got a lot of love from the event, with many artists giving it props, like the great skateboard piece by Lauren Frick. 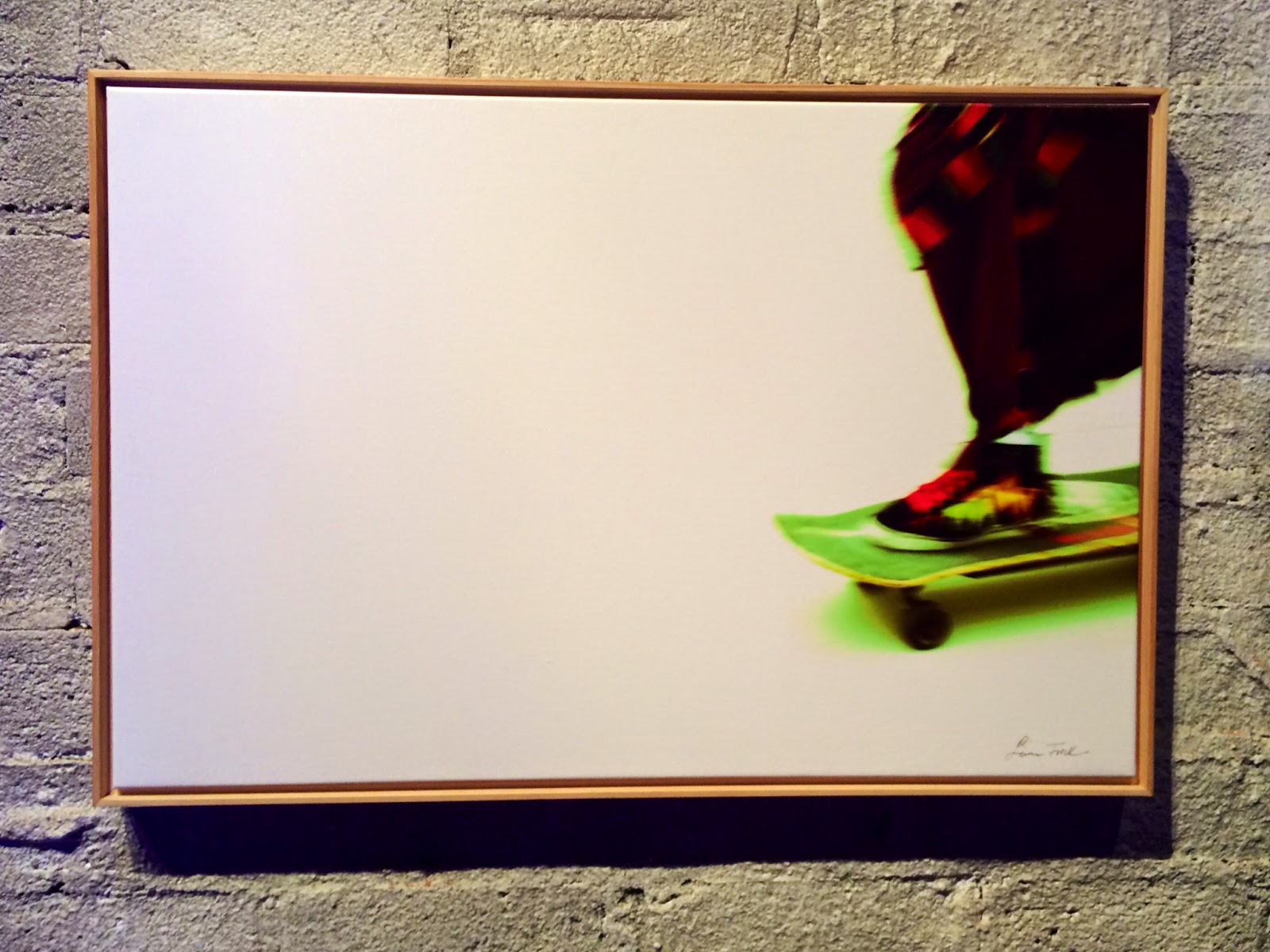 I think about the only thing people didn't love was the superlong lines at the "Elixir" station ... why is it that no one can seem to get a handle on the bar lines at big events. More bars, placed all around, not just in one area, makes for a better event for everyone. Common sense party throwing. But whatever, there was plenty to look at while you killed a whole bunch of time in line. 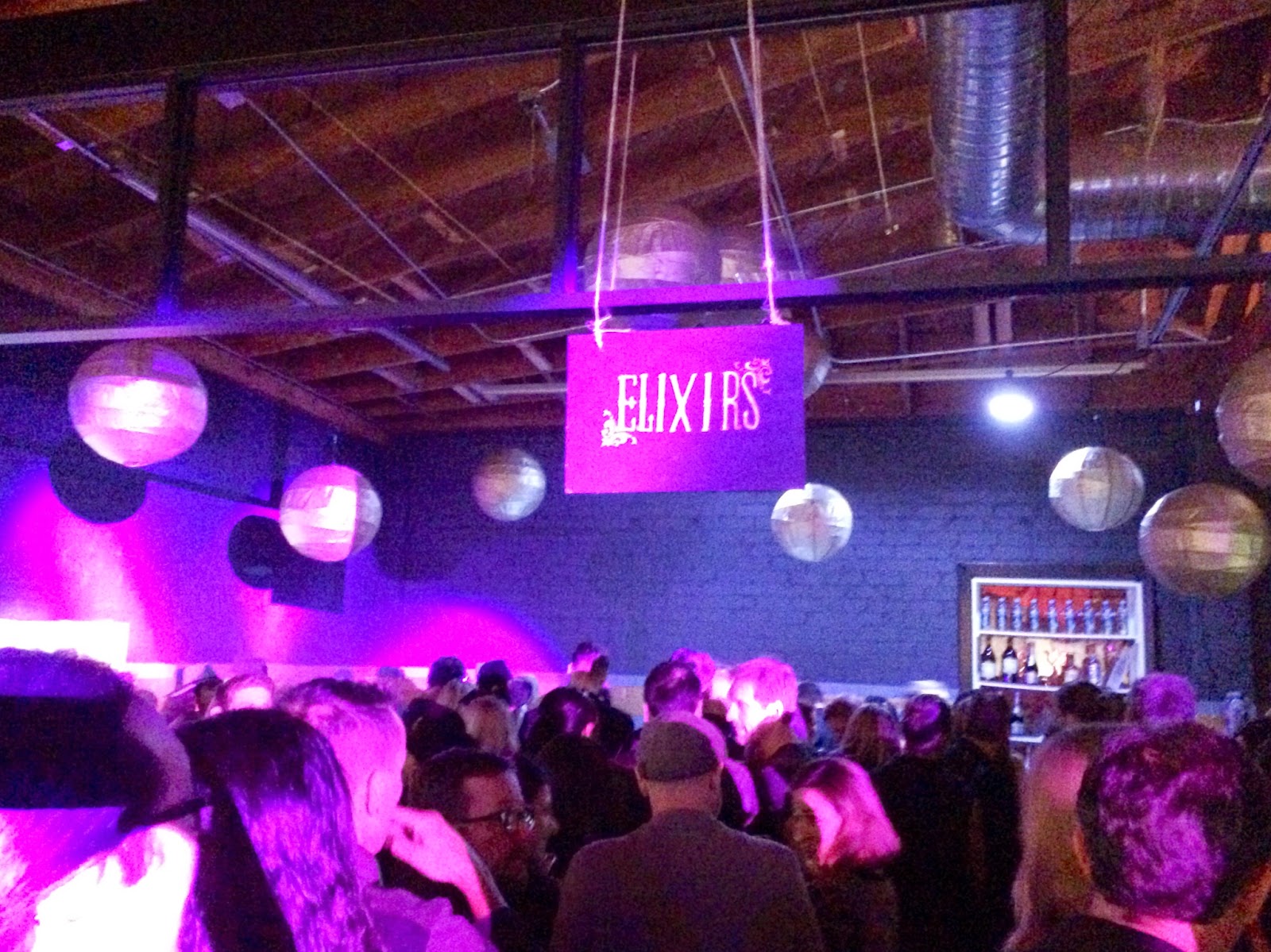 Live music was pounding the entire evening, providing the soundtrack for dancing, and for one lady to roll around in paint on a canvas to. As one does. 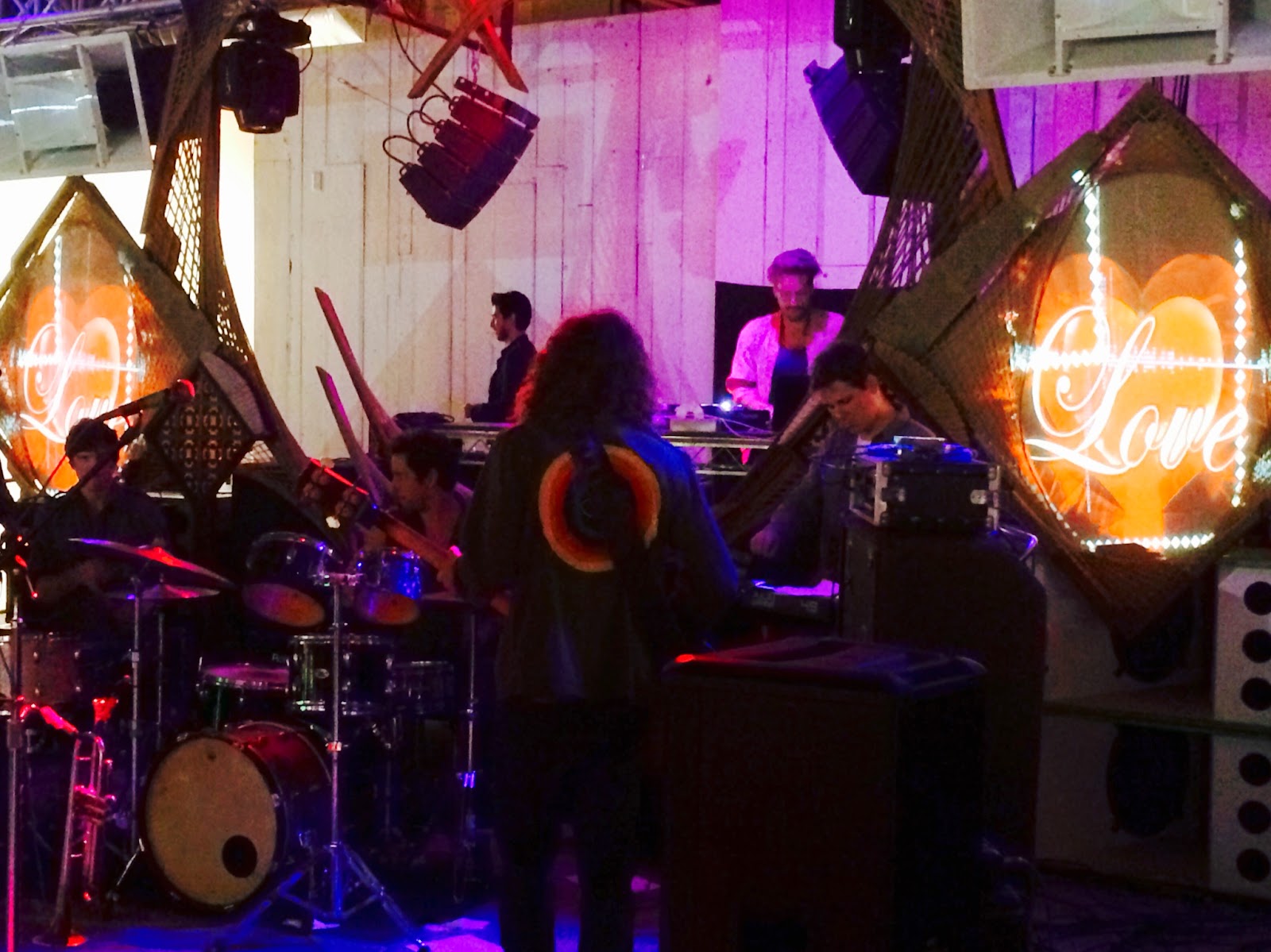 It's been unseasonably warm, no, HOT, so it was nice that there was also an outdoor area, with more art and merchant booths. The stars were high and bright, and the smell of mock orange blossoms was thick in the air, making the whole evening feel sultry and heady. A night to breathe it all in deeply. 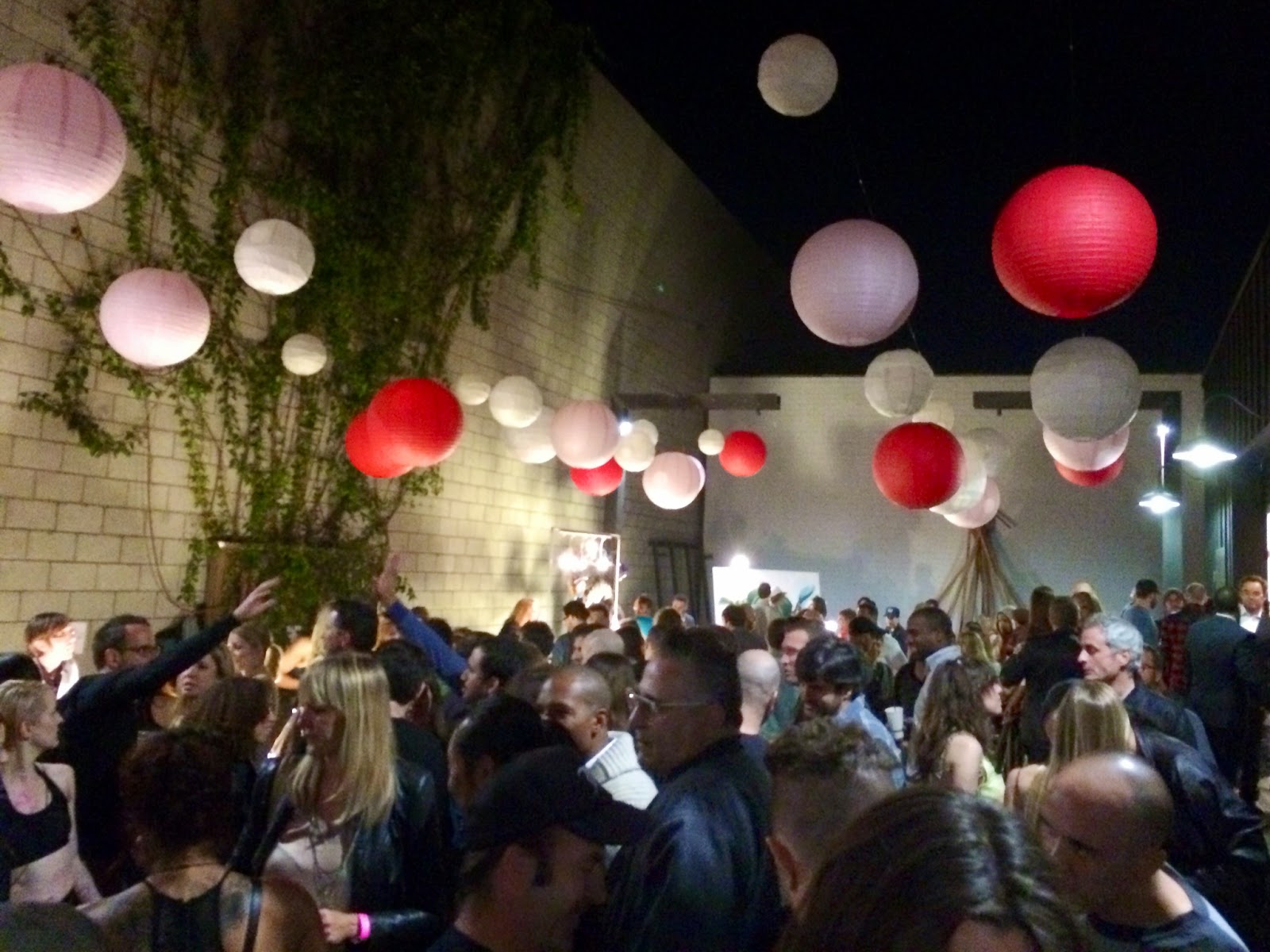 Jules Muck was out there, live painting and hosting that end of the party. 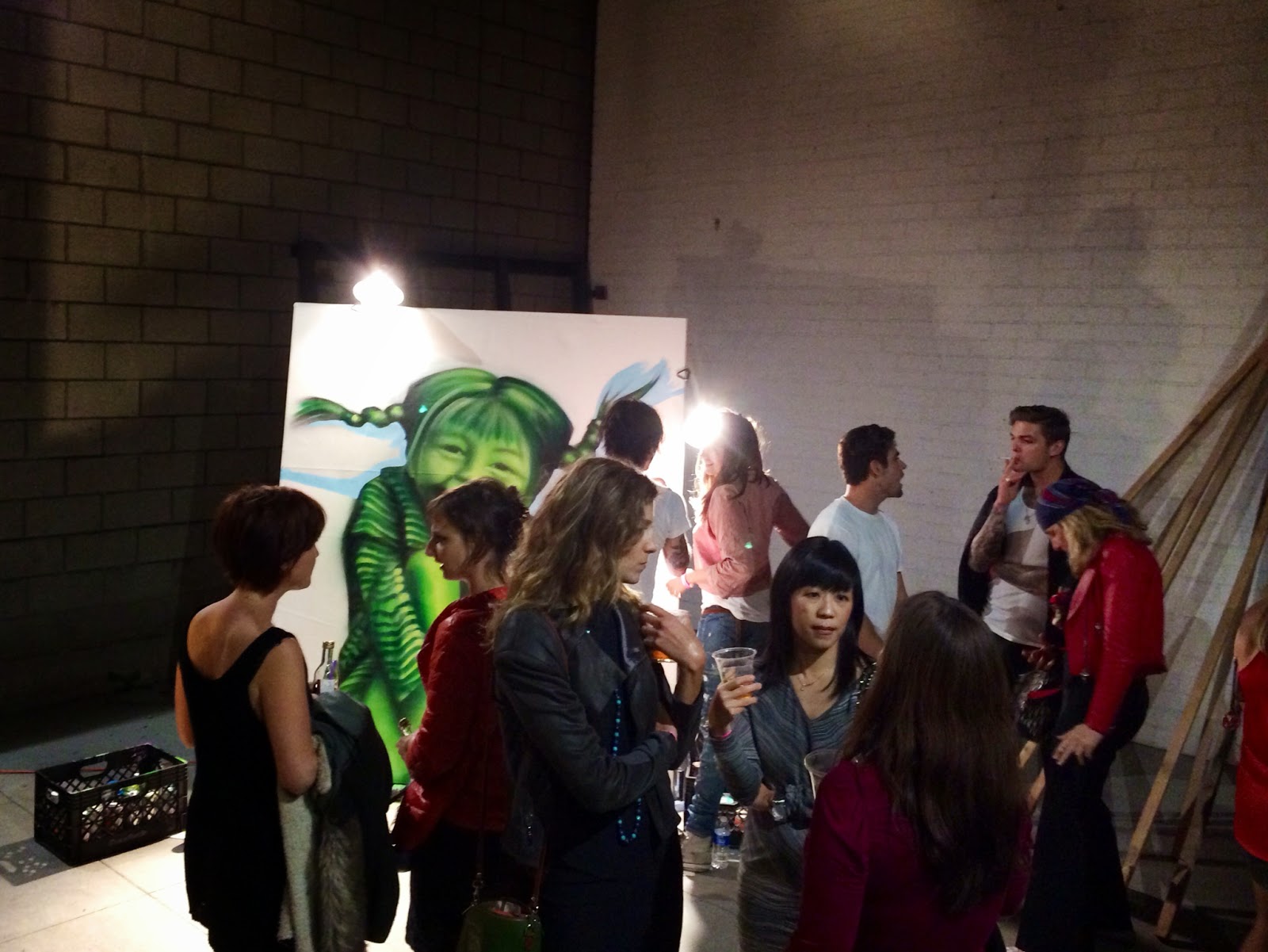 There was a dark room with cool light art that enticed you to stand there and trip a minute. 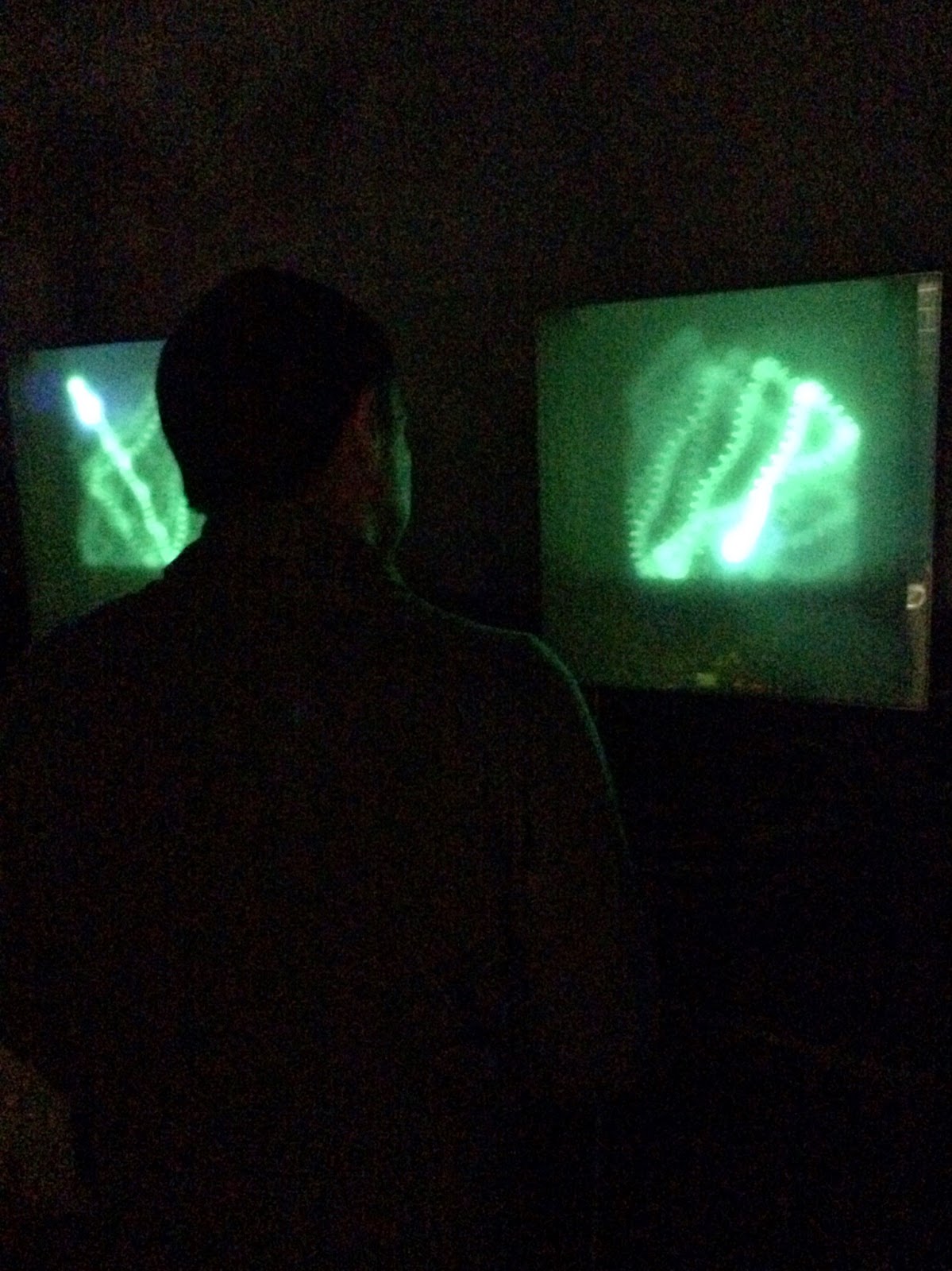 There were little rooms transformed into their own installations, making it feel like a more intimate viewing experience. 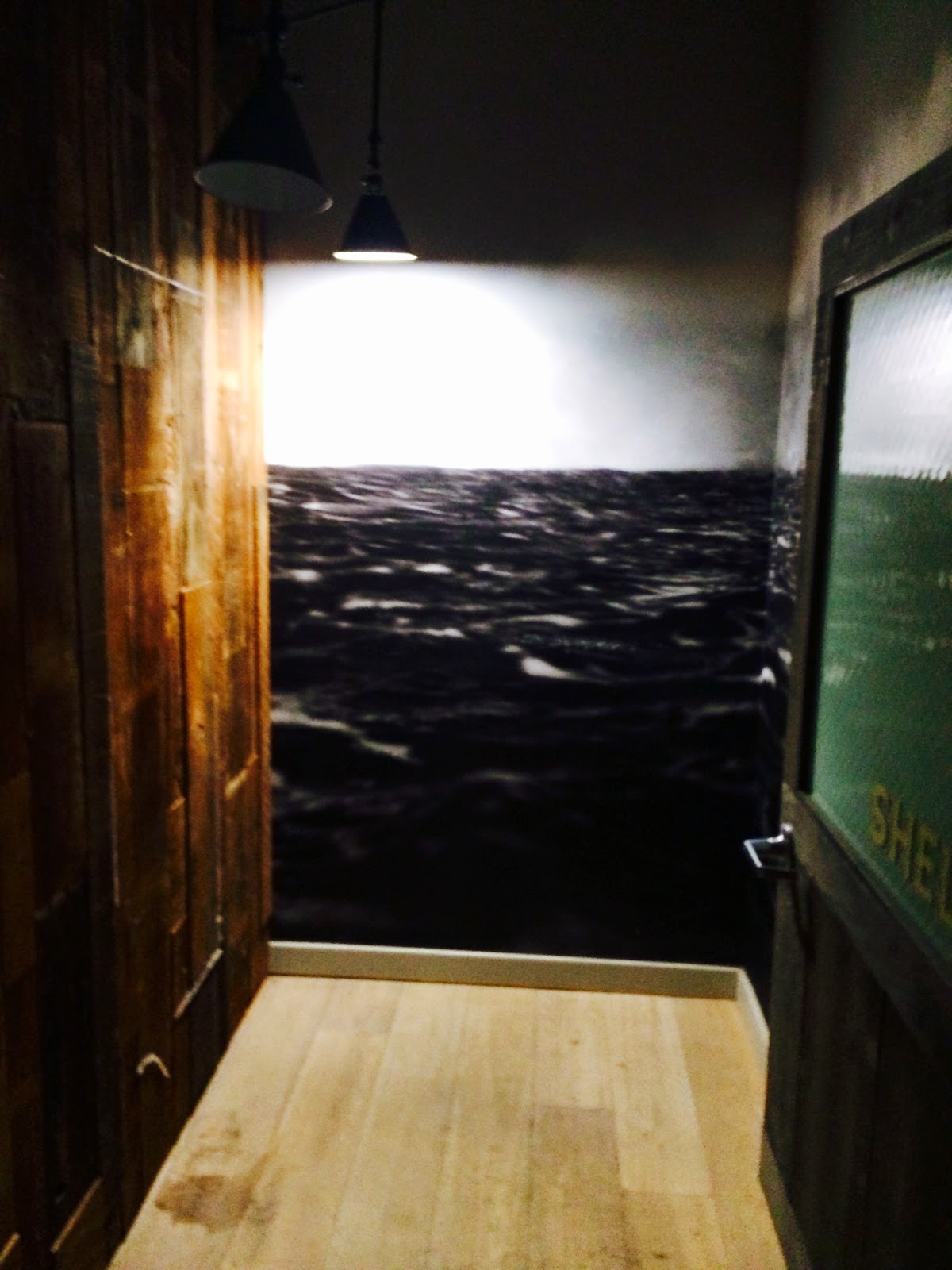 There was an "Infinity Box", that was cool to look inside, but that I still don't really get the optical illusion of. There was a line behind me so I didn't get to really sort it out, but it was cool. 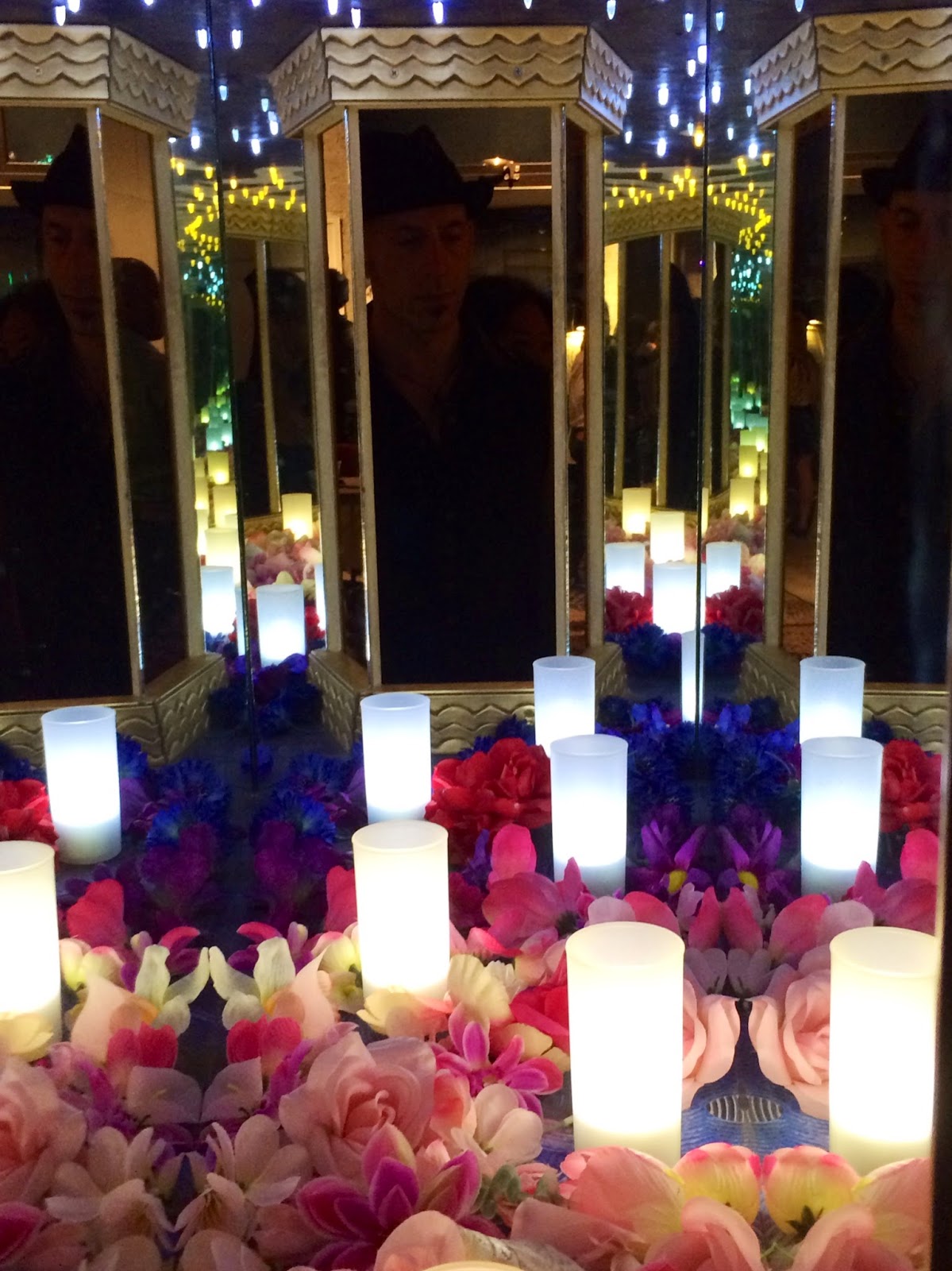 The whole shebang was interactive, encouraging everyone to mingle, converse, meet, and yes, love. One of my favorite pieces was the one that said "Life Is" and had a chalkboard on the bottom for people to add their two cents throughout the night. It made me happy that someone simply wrote "Joy". That is indeed the goal. Aside from the rainbow neon burning bushes, my other favorite was the truth from Chase, that honestly, People ... WE ARE ALL ONE. Events like this, and balmy, blossomy nights where everyone is smiling and tapping their toes, hugging and high-fiving absolutely force you to acknowledge this very simple fact, take it to heart, and go out into the world, bolstered by all this love, and the art of living that love. 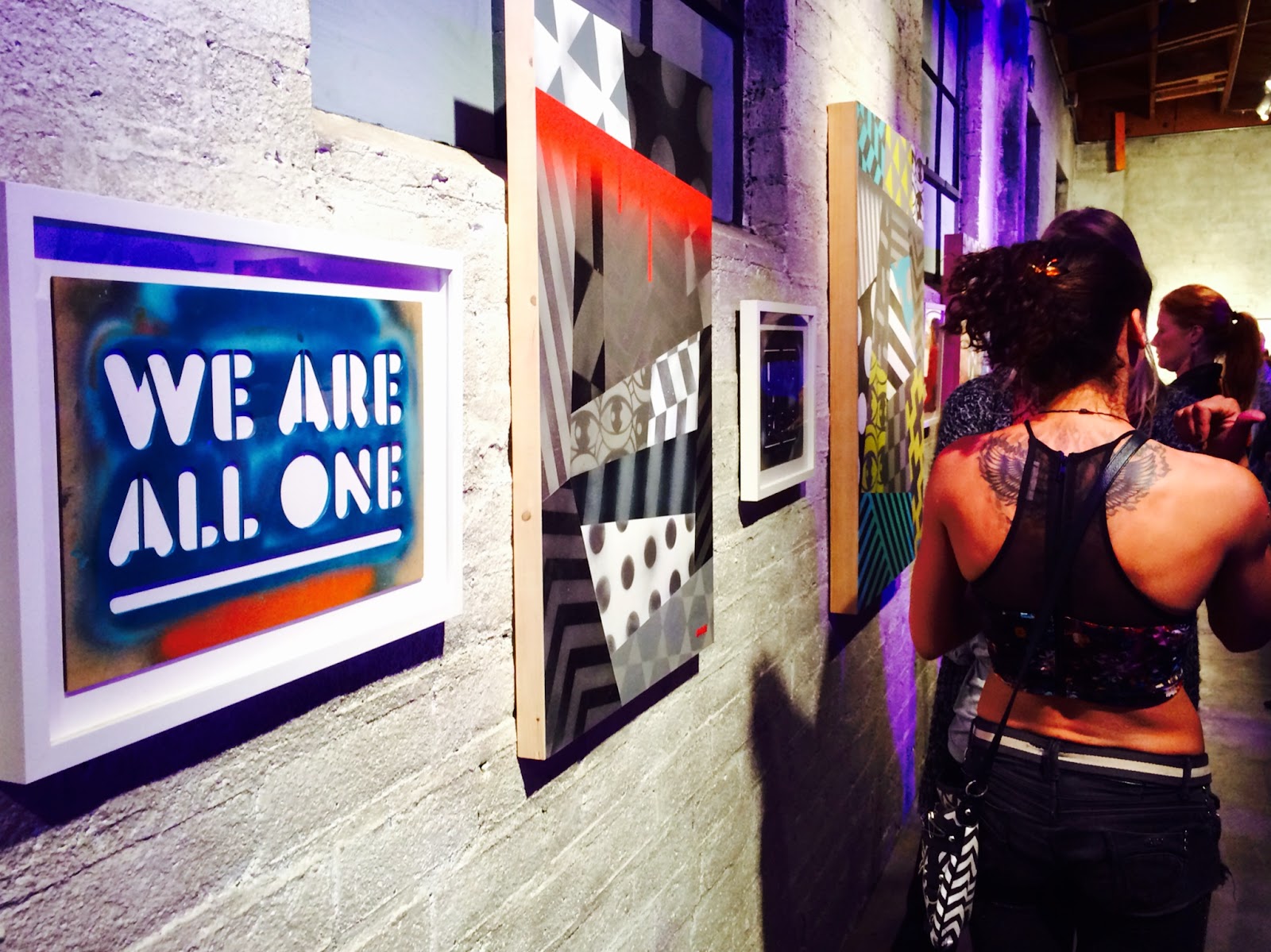 I know that sounds like a big old hippie talking, but hey - it happened in Venice.