The 2014 Other Venice Film Festival

Last weekend was the 2014 Other Venice Film Festival in its 11th annual showcase of the filmmakers of and about Venice.

The event is headquartered at Beyond Baroque, and Friday's opening night featured both films and a party to celebrate them. I'm always surprised that there isn't a better turn-out for this festival, with all the creative people working in film that live within Venice ... but it's a great time, every time.

The OVFF is tirelessly worked on all year long by Reuban de la Casas (Ruby), and he is always assisted by his two darling daughters, whom I've had the pleasure of seeing grow up through the years to become the smart and charming young ladies they are now. 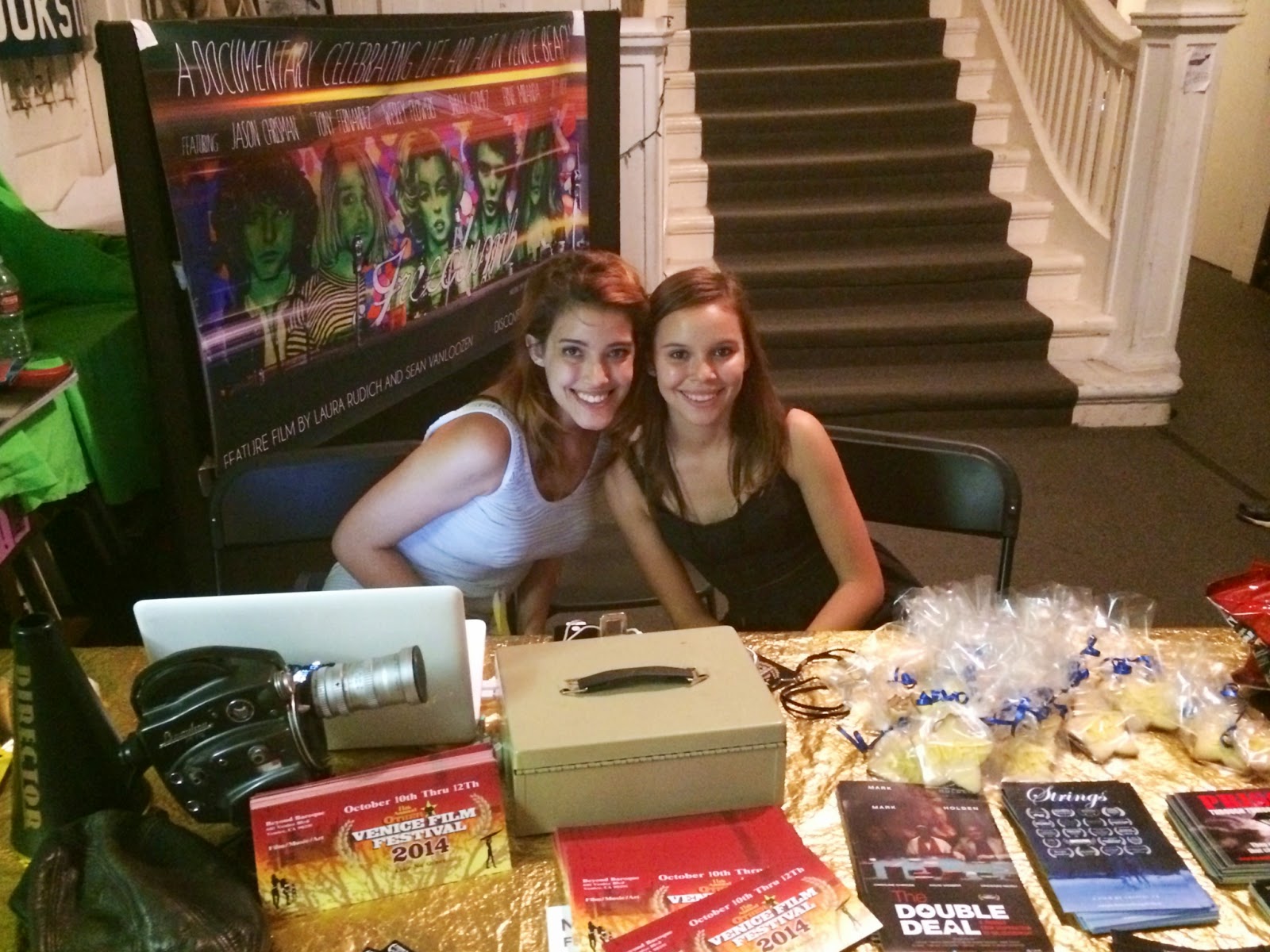 Venice Duck Beer was flowing in the back yard of Beyond Baroque, where chairs were set up for the over-flow people that didn't fit in the auditorium, they could sit outside and watch the films projected on the wall. It's nice to watch films under the stars, after all. Doritos were a sponsor, so Doritos were everywhere. Kind of strange ... I'd like to see more Venice businesses chipping in to help sponsor this annual event - like the Venice Duck guys putting their money and mouths where their community is.

Bands played (Conrad and Natural Hi Fi) and friends caught up, both on and off the Venice Paparazzi red carpet. 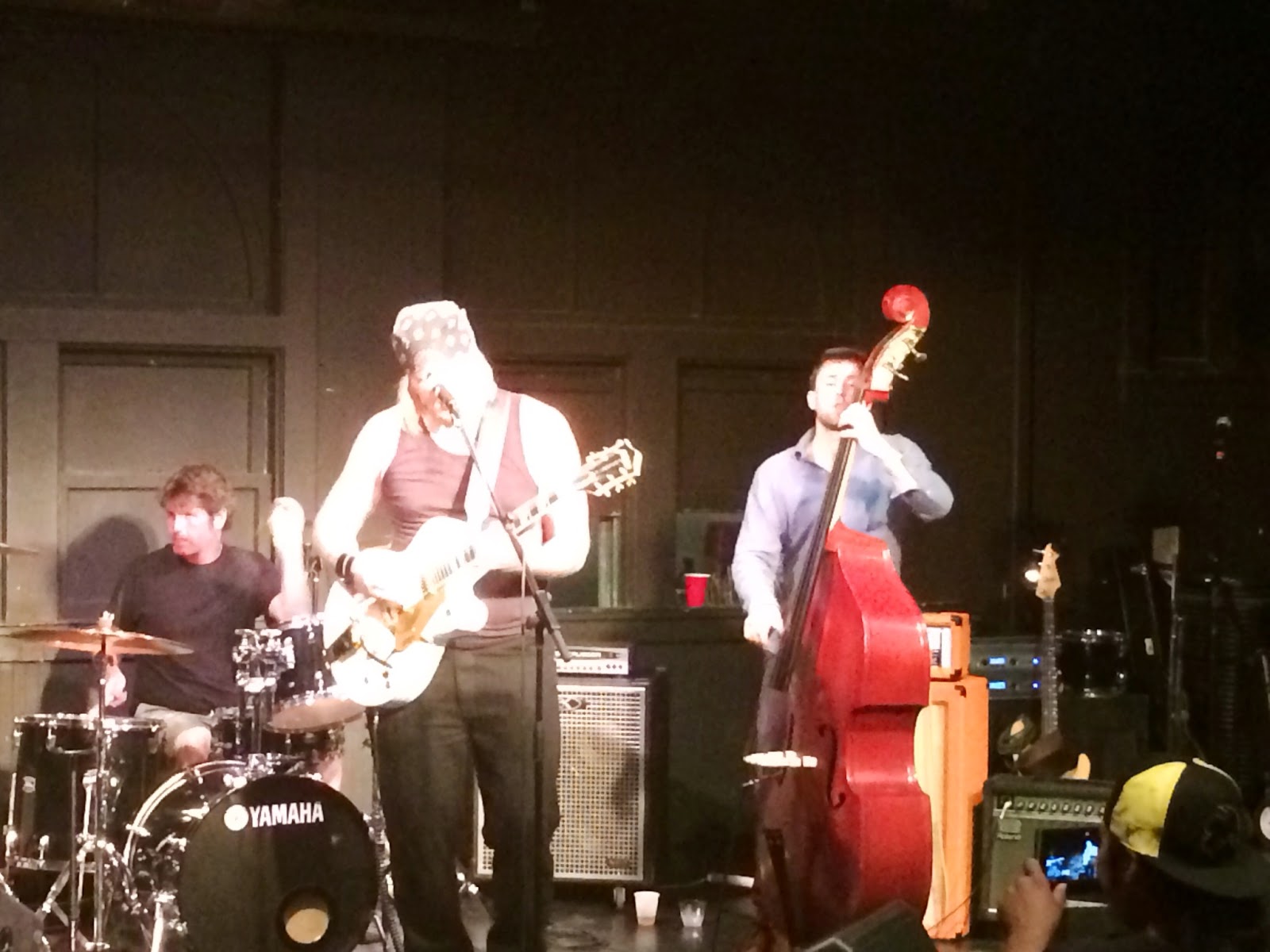 The OVFF always features local visual artists as well, and this year it was the art of Christopher D. Hall and Gary Palmer, both of whom had their art on display at Beyond Baroque all weekend. 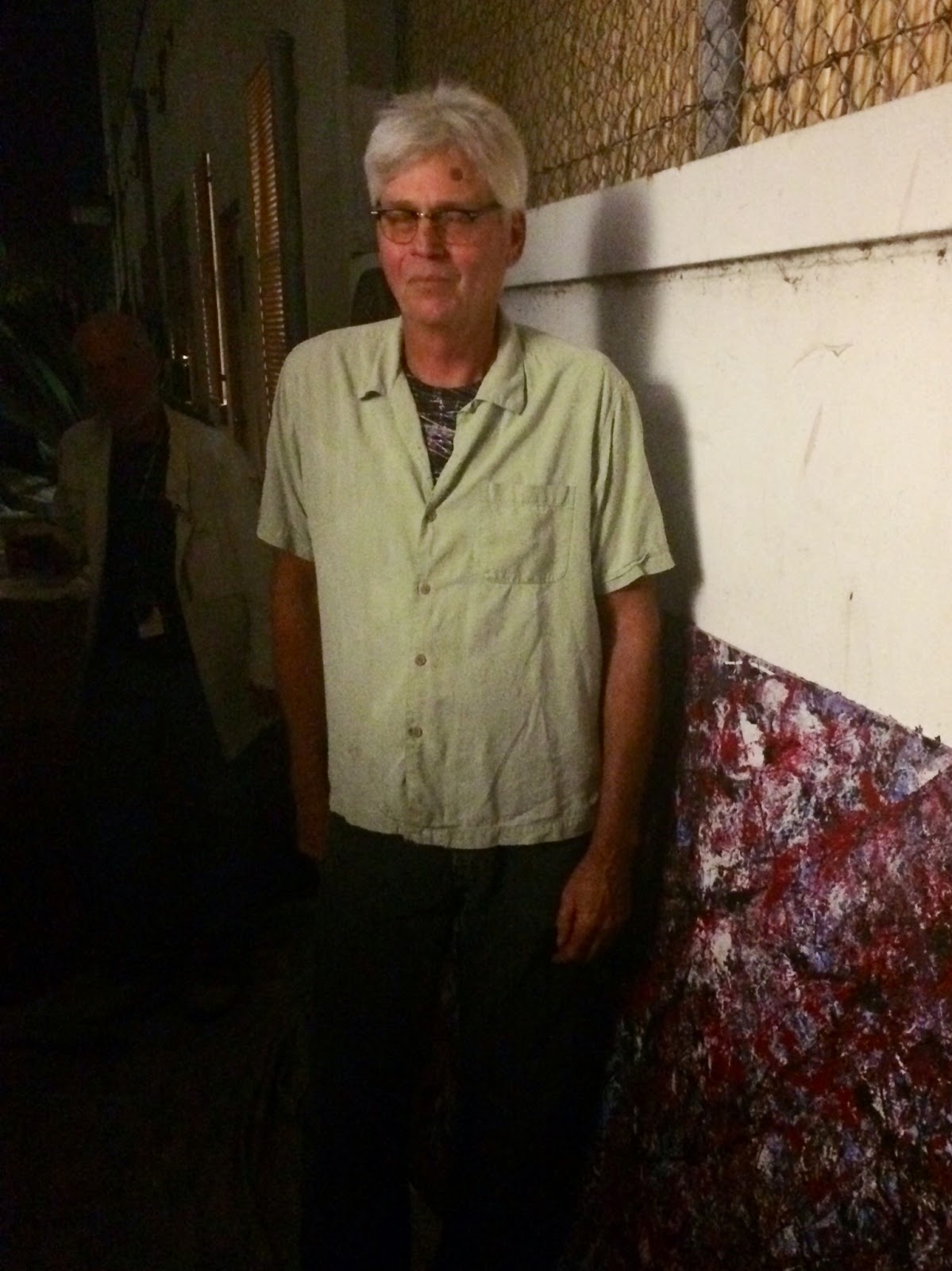 I caught both opening night films, 1%-ers, starring Michelle Rodriguez as a bad girl actress who gets in a bunch of trouble trying to hustle some tough guys in a game of poker. She winds up fine. It was fine.

The second film, Freedumb, I just loved. I would show it to people as a primer on what it's like to live and work in Venice as an artist. Directed by Lara Rudich and Sean Vanloozen, it follows the lives and creativity of well-known Venice artists like Jules Muck (artist), Wesley Flowers (musician/conductor of the Venice Symphony Orchestra), Ernie Miranda (glass artist), Jason Chrisman (pointillism artist), and more. Every one of them repeated things all of us who live here - and mean it - have felt and said ourselves. Some of my favorite truisms from the film:

"The best thing about being here is just that you're in Venice, not somewhere else."

"It's eclectic people and the people that love them. I feel about as home as I ever have."

"It's the creative center of the Universe."

"One day I started getting paid instead of arrested."

"Anyone who lives in Venice has no reason to kill themselves. There's palm trees outside. Sorry."

It doesn't matter who said what, because we all say all of it. I loved every frame of it, smiling and nodding the whole time. It WAS Venice.

I don't believe it won the competition, sadly, and I couldn't make it to the other two days of the festival, but all the winners are just that - winners.


Another fantastic Venice event ... by and for our People. See you next year!