Friday night saw the 413 Arts Gallery on Rose packed to the rafters with a house full of Venice Originals, all in attendance to view the exhibit of excellent photographs of the late Dogtown and Z-Boys legend, Jay Adams - and to party their faces off. 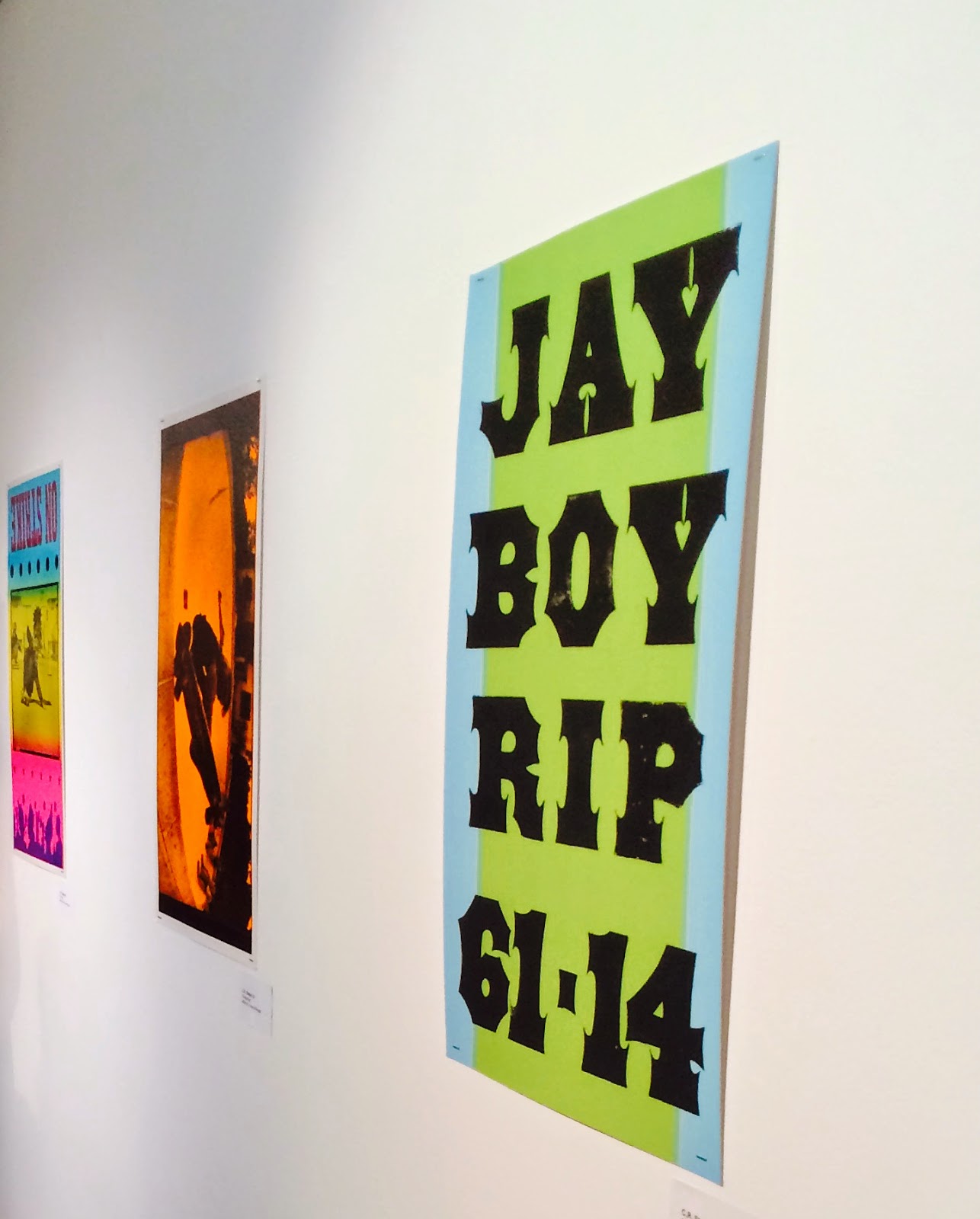 Works by renowned skate world photographers like C.R. Stecyk III, Steve Shelp, Chuck Katz, Luke Hudson, Josh Klassman and Cesario Montano adorned the walls and had all the friends and skaters in the house taking their own photographs of them ... if they could move their arms to do so. 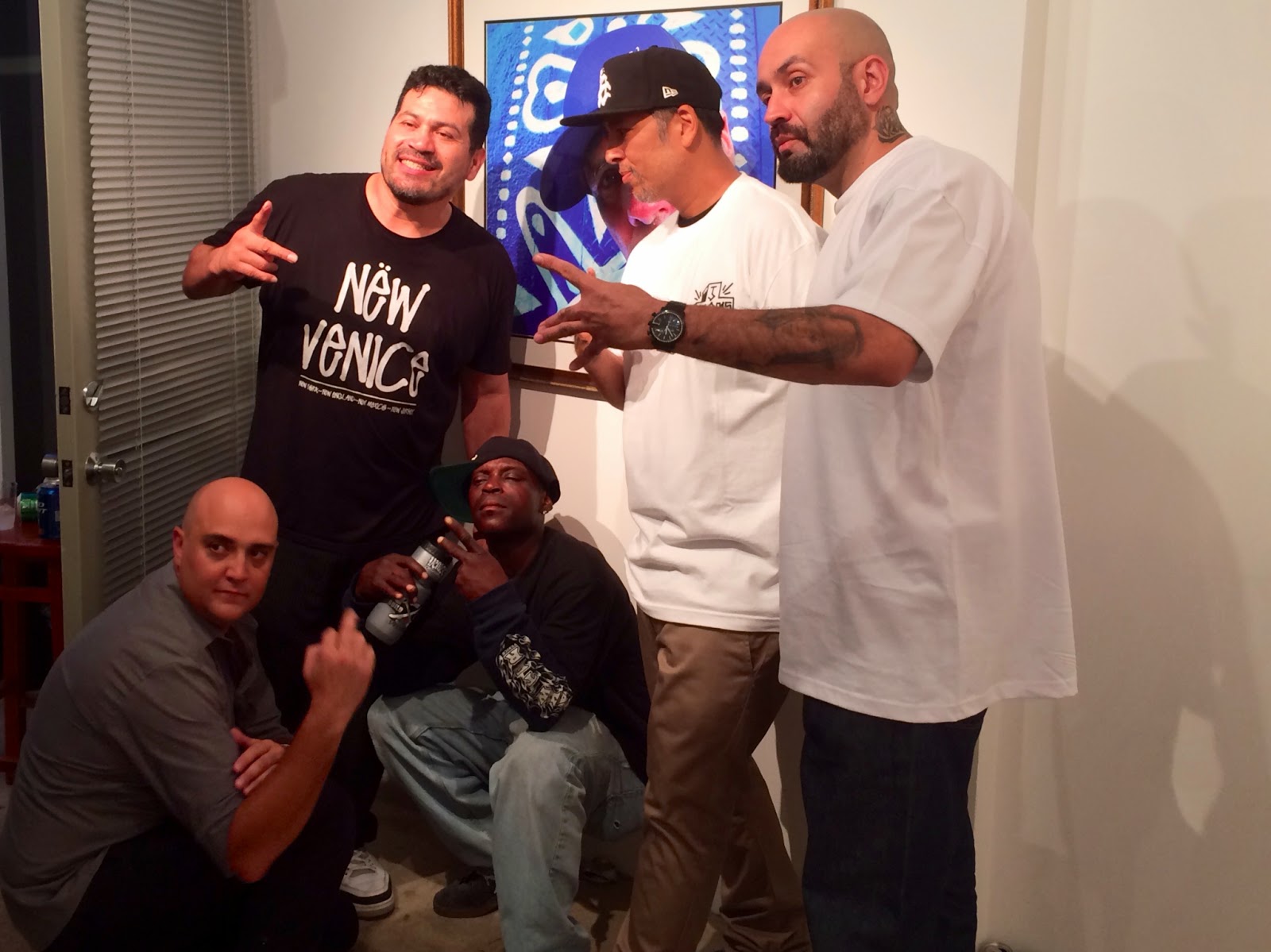 There were classic Thrasher covers ... 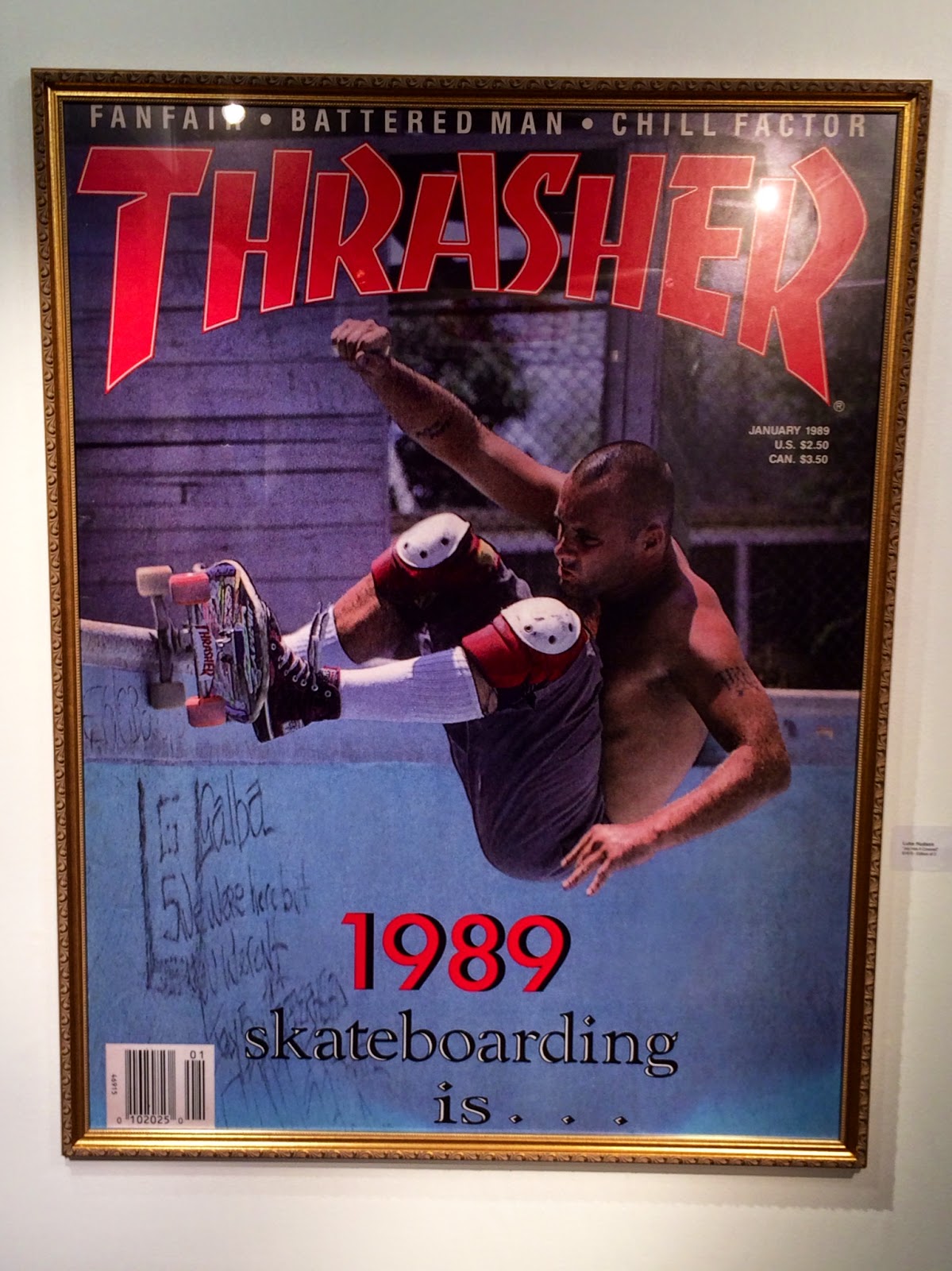 ... Classic photographs from contests over the years, classic mugging from one of skating's biggest characters, and more classic times shared between friends of Adams ... almost like he was still here. 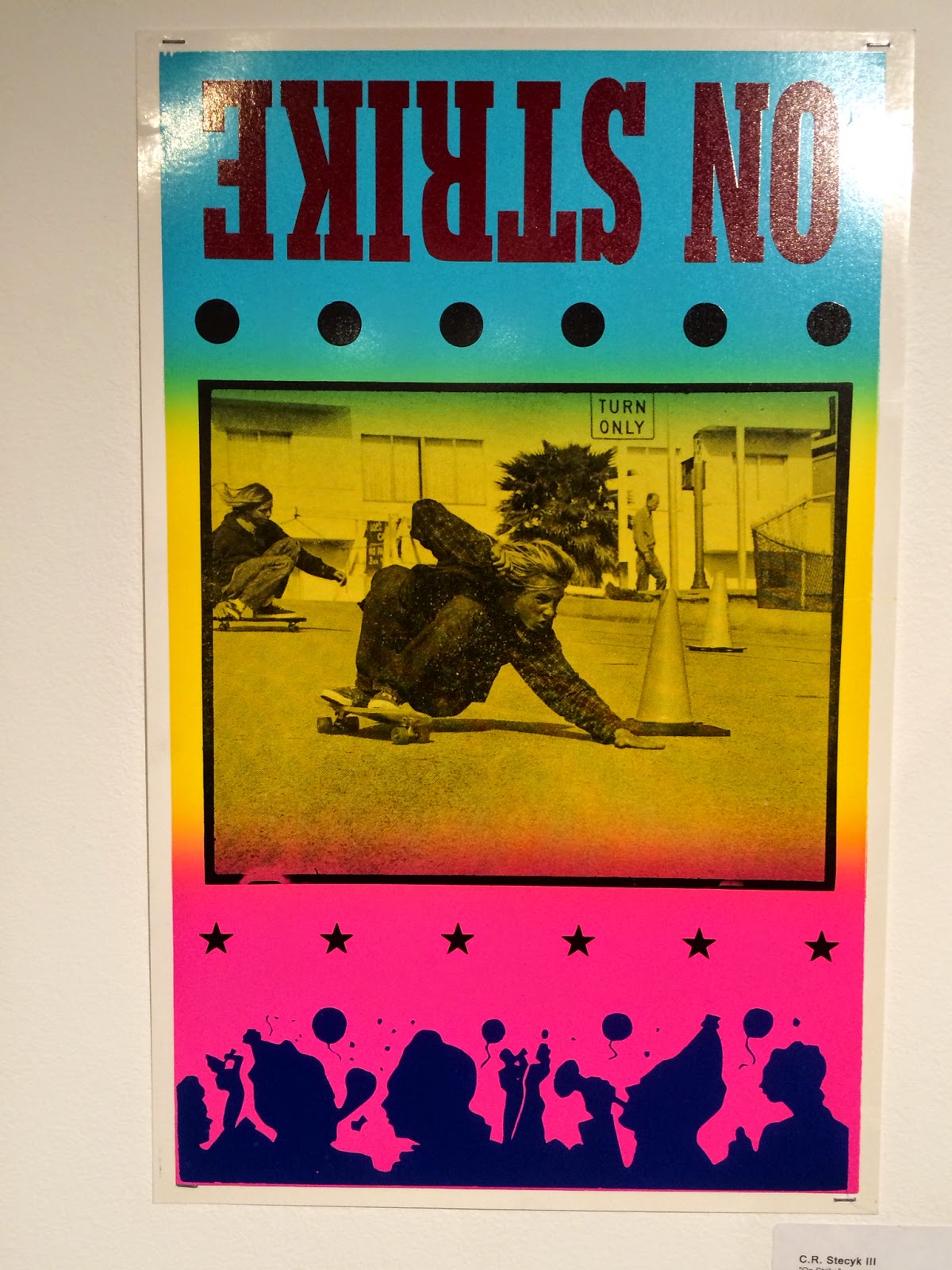 Luminaries from skating and music and Hollywood all rubbed shoulders together with O.G. friends and fans of Adams. 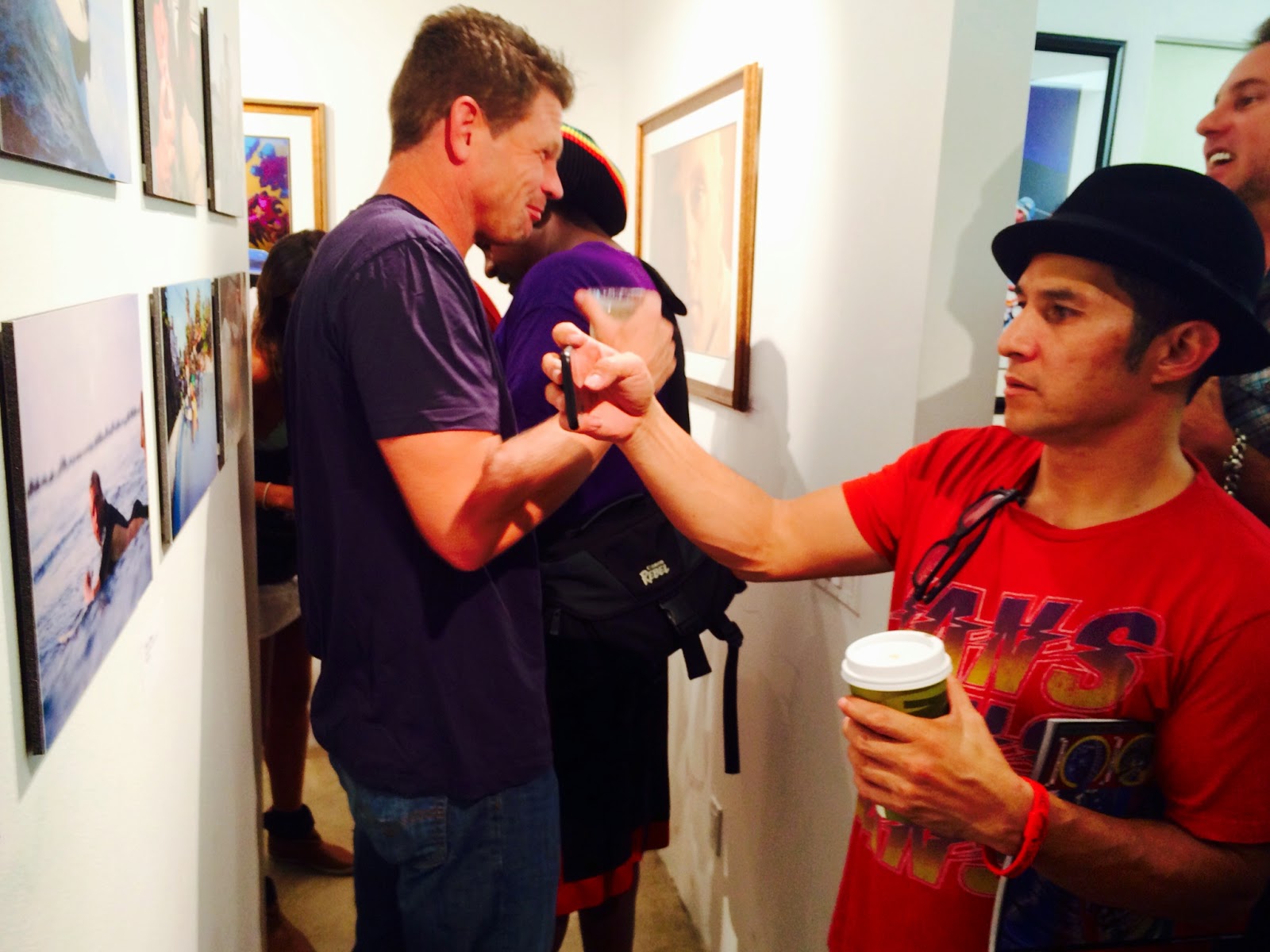 As you approached the gallery, it looked just like a big, bumping house party, which it exactly was, with great art thrown in for good measure. 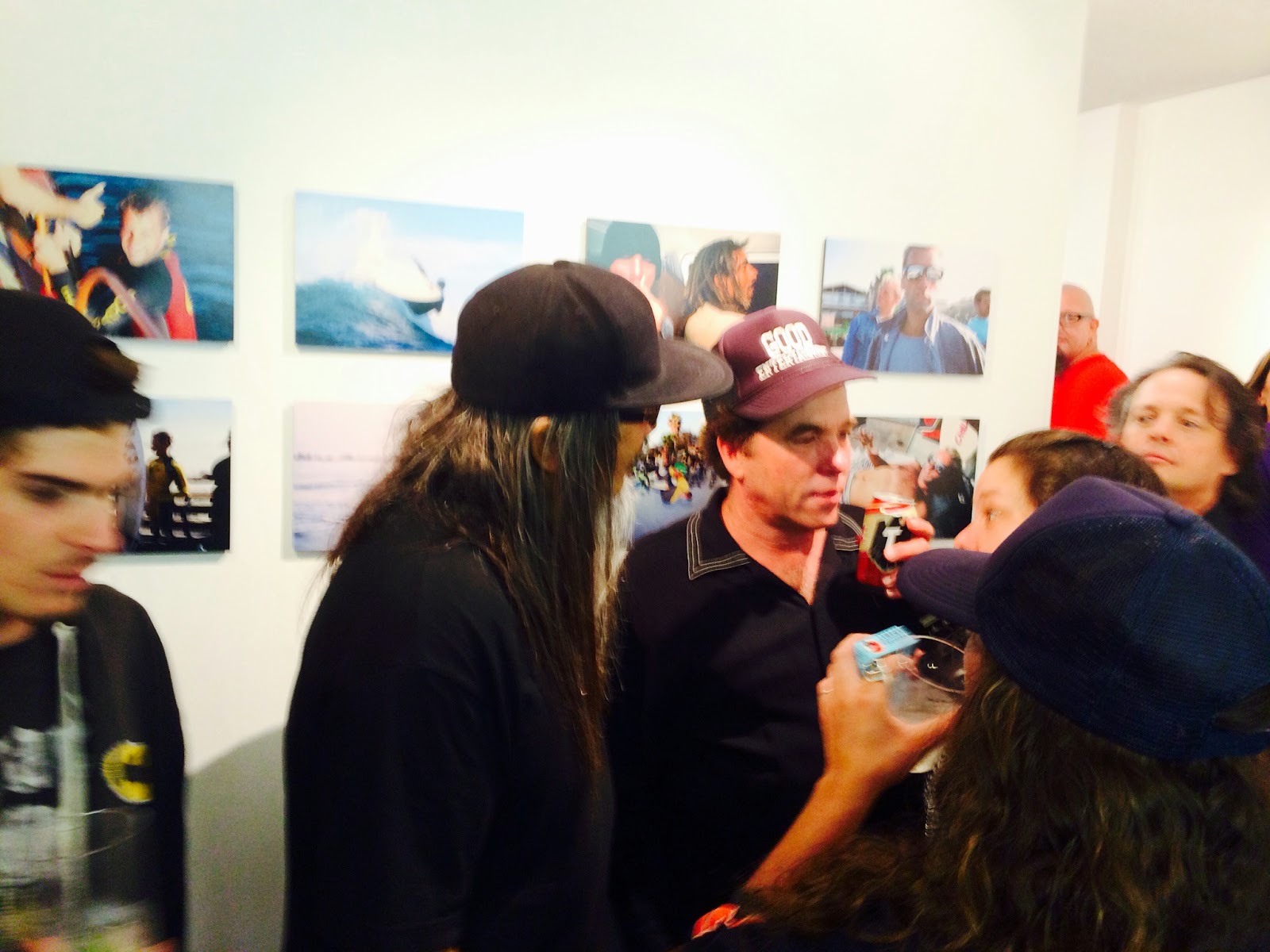 Tequila and beers were flowing all night long, making it all the more festive - and nuts. 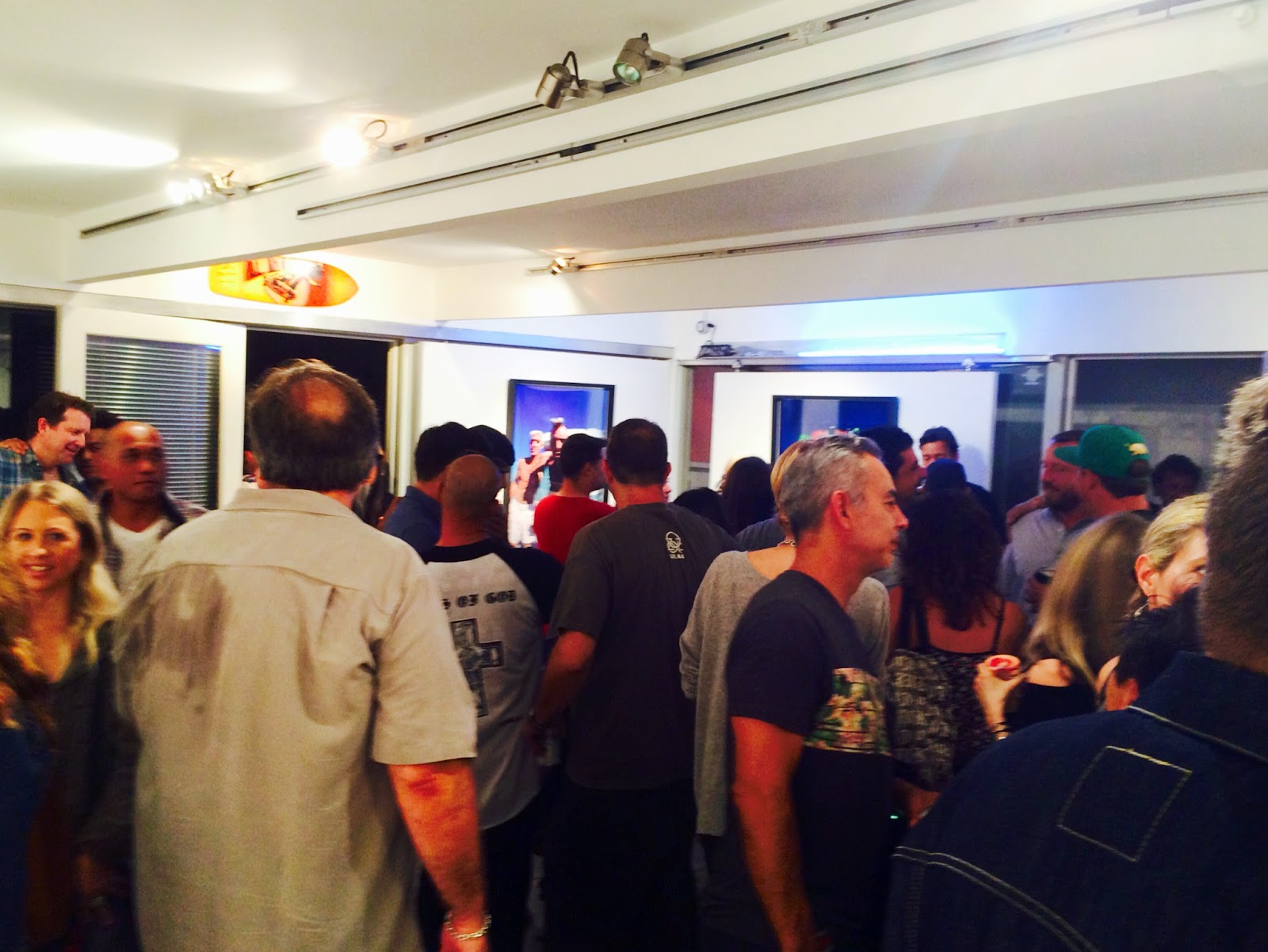 Stories were traded all night, and j's were passed around ... perhaps also in Jay's honor. 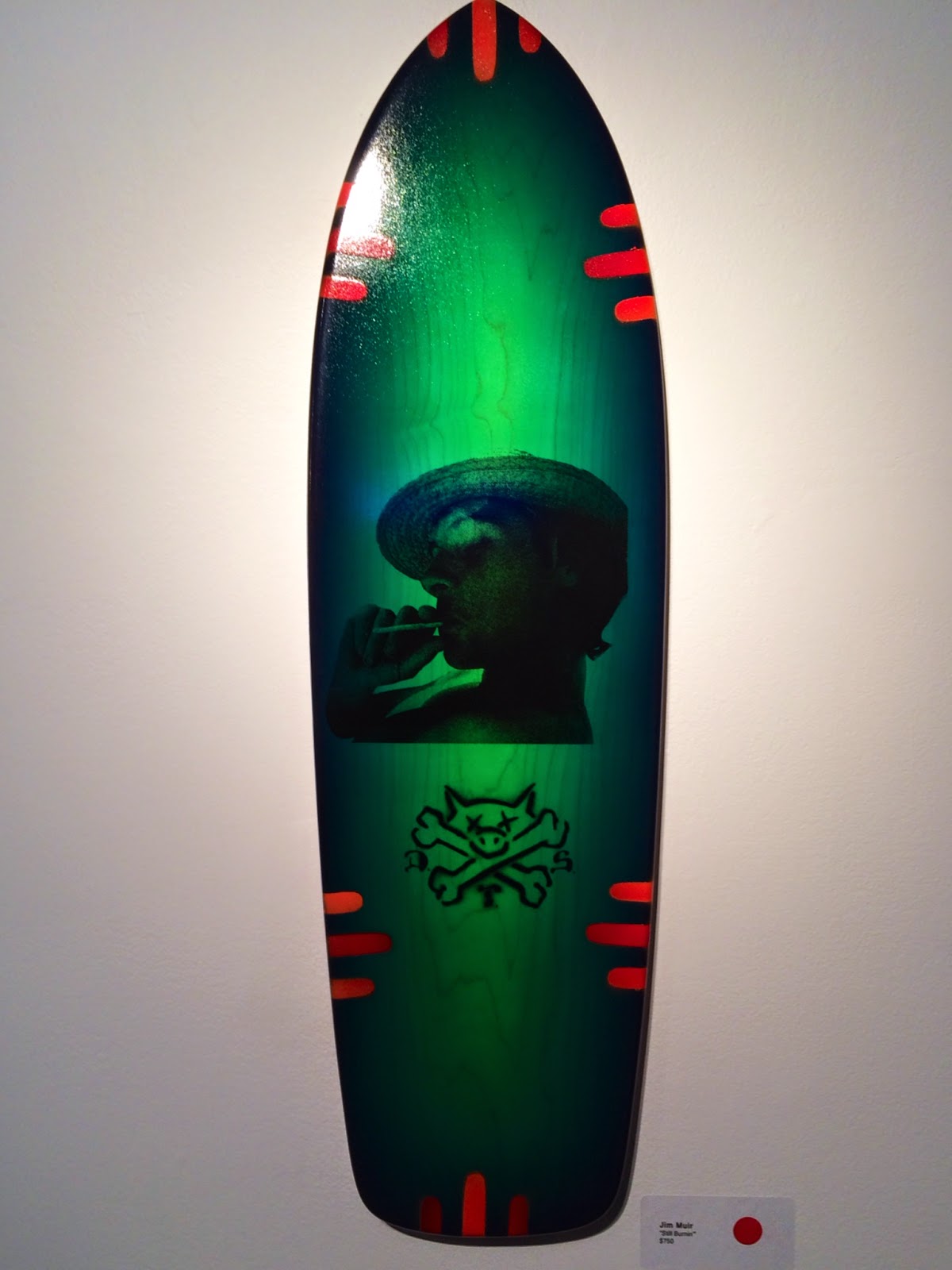 After my initial lap around the gallery, I saw that most of the pieces had already been sold, red sticker dots claiming their ownership in someone's new, now cooler art collection. 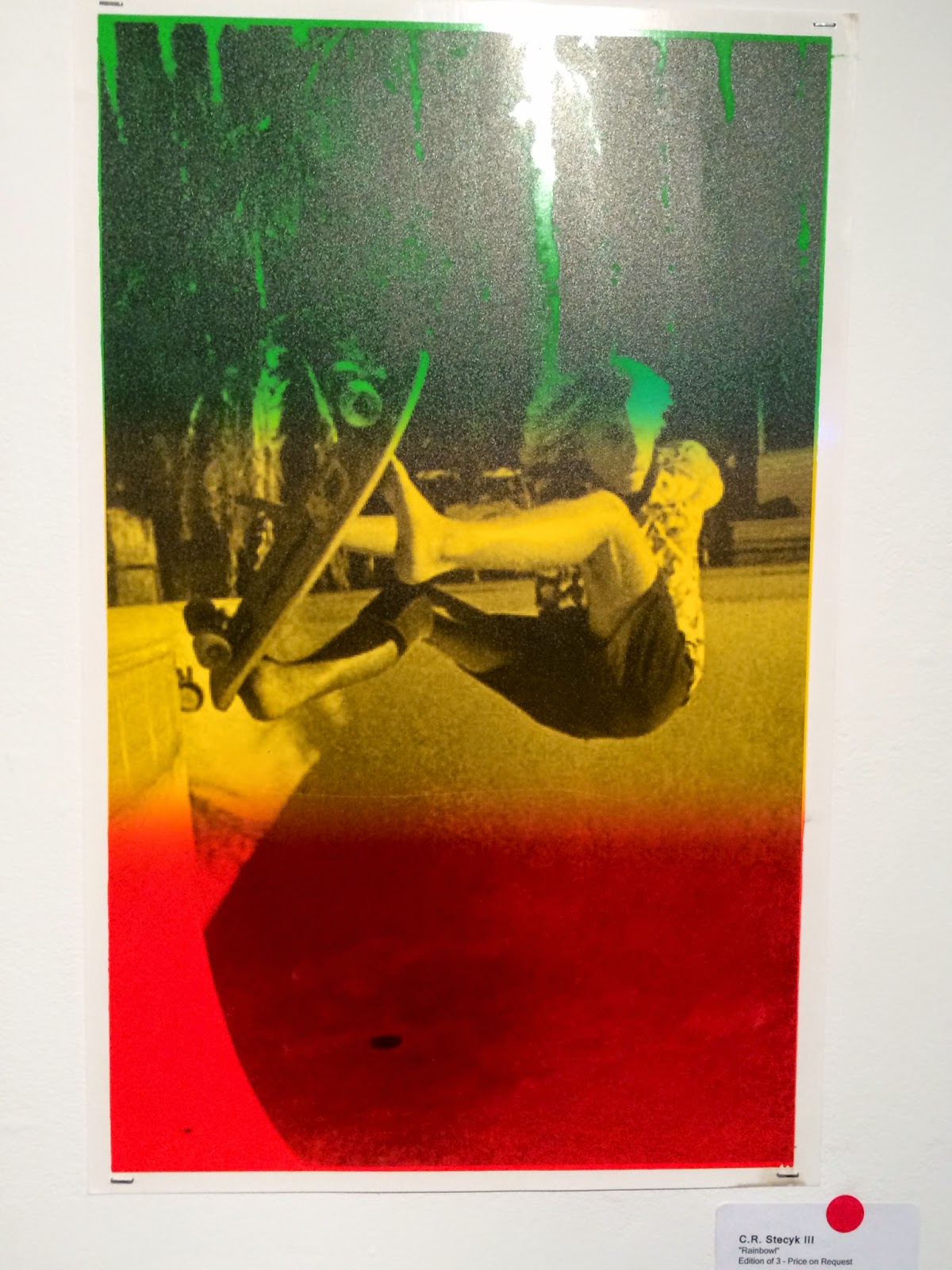 I caught up with Seven Adams and his darling girlfriend, Anabelle. He's doing well since the death of his father in August, where I had a chance to meet him at the beautiful paddle out memorial at the Venice Pier. 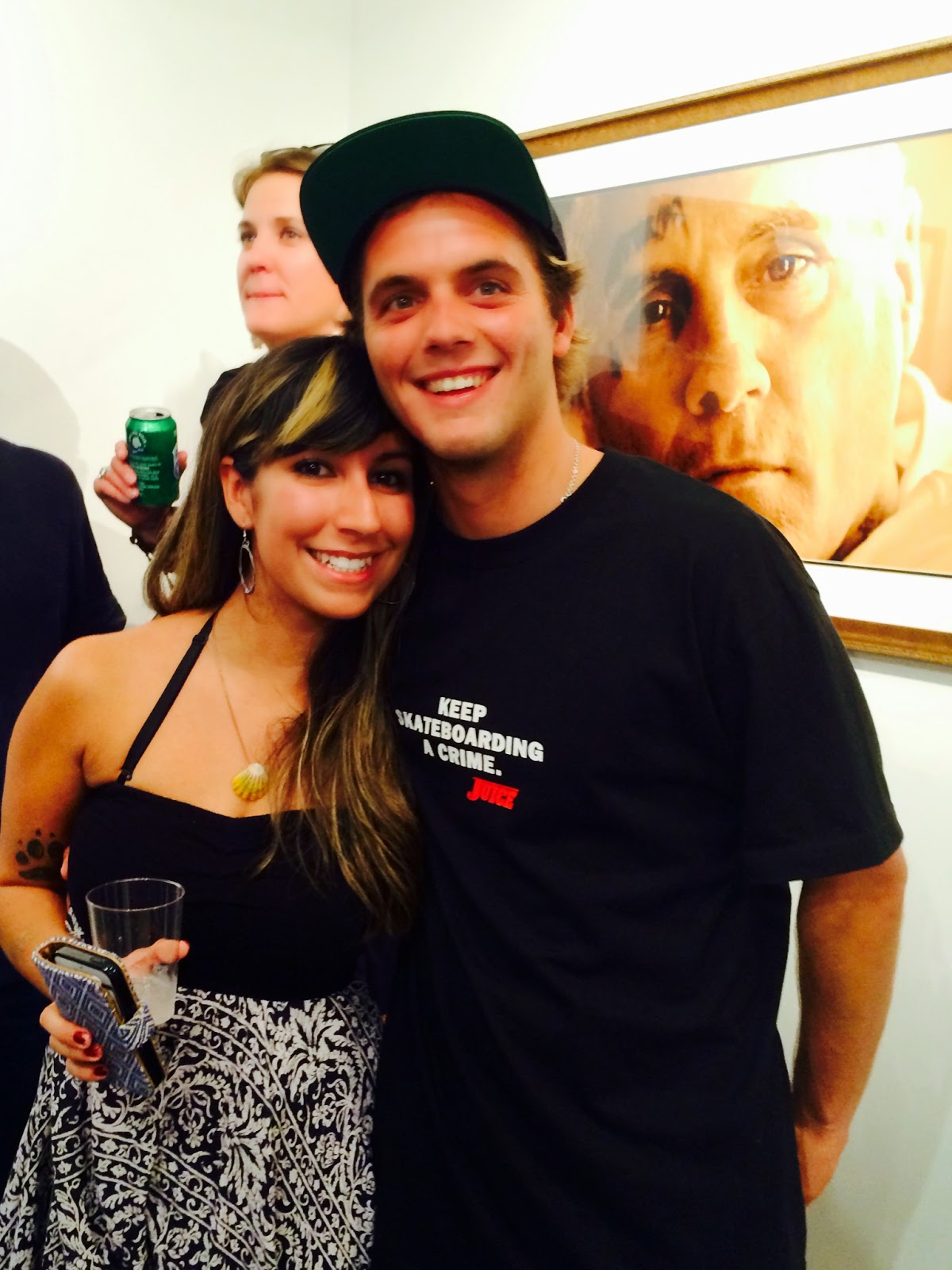 I liked that when I took their photo, Jay was looking over Seven's shoulder ... and with all these guys keeping an eye out for Seven, he's going to be just fine. 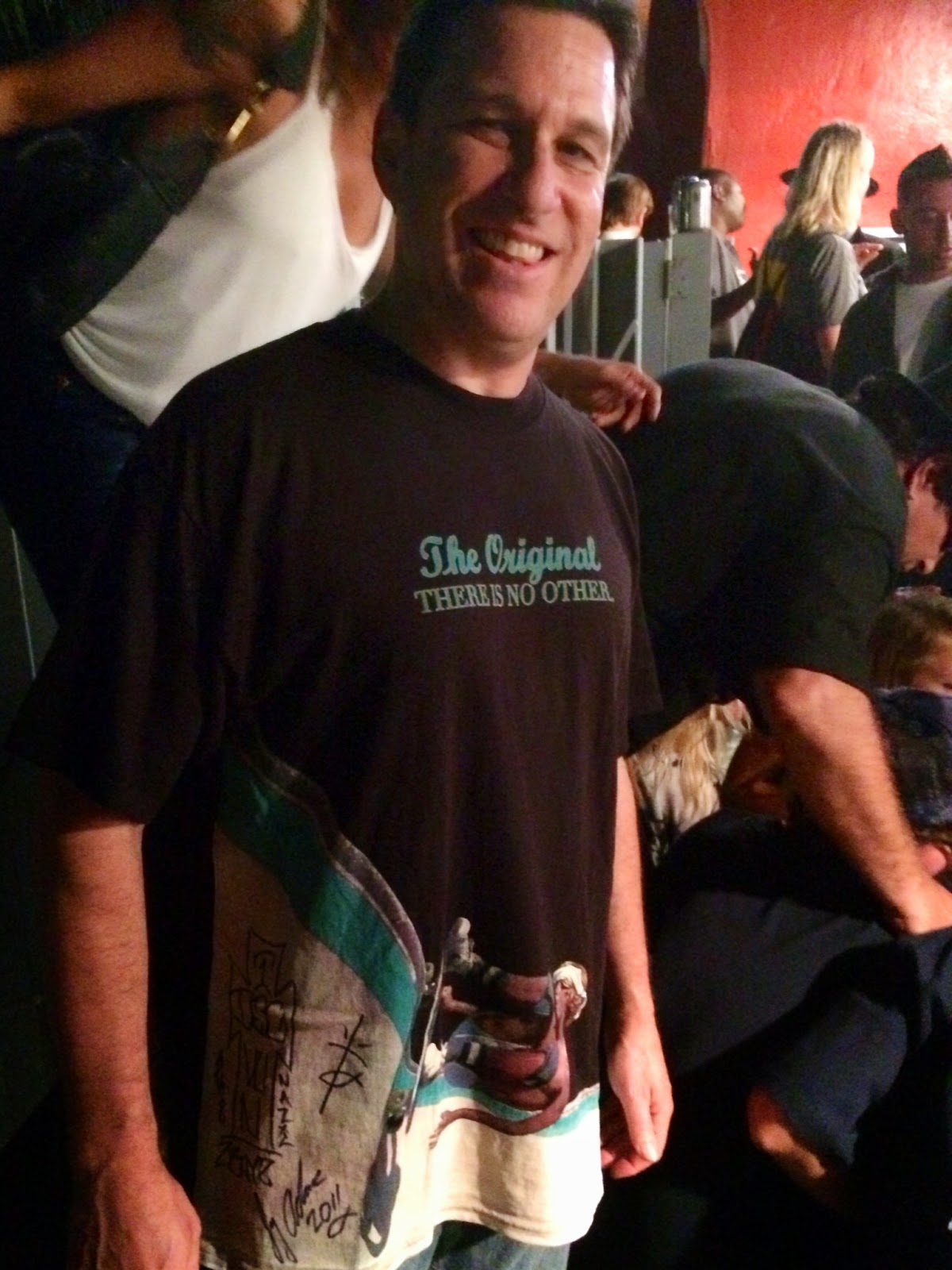 The party spilled out on to the front patio and sidewalks, as there was no more room inside for anyone to squeeze in. 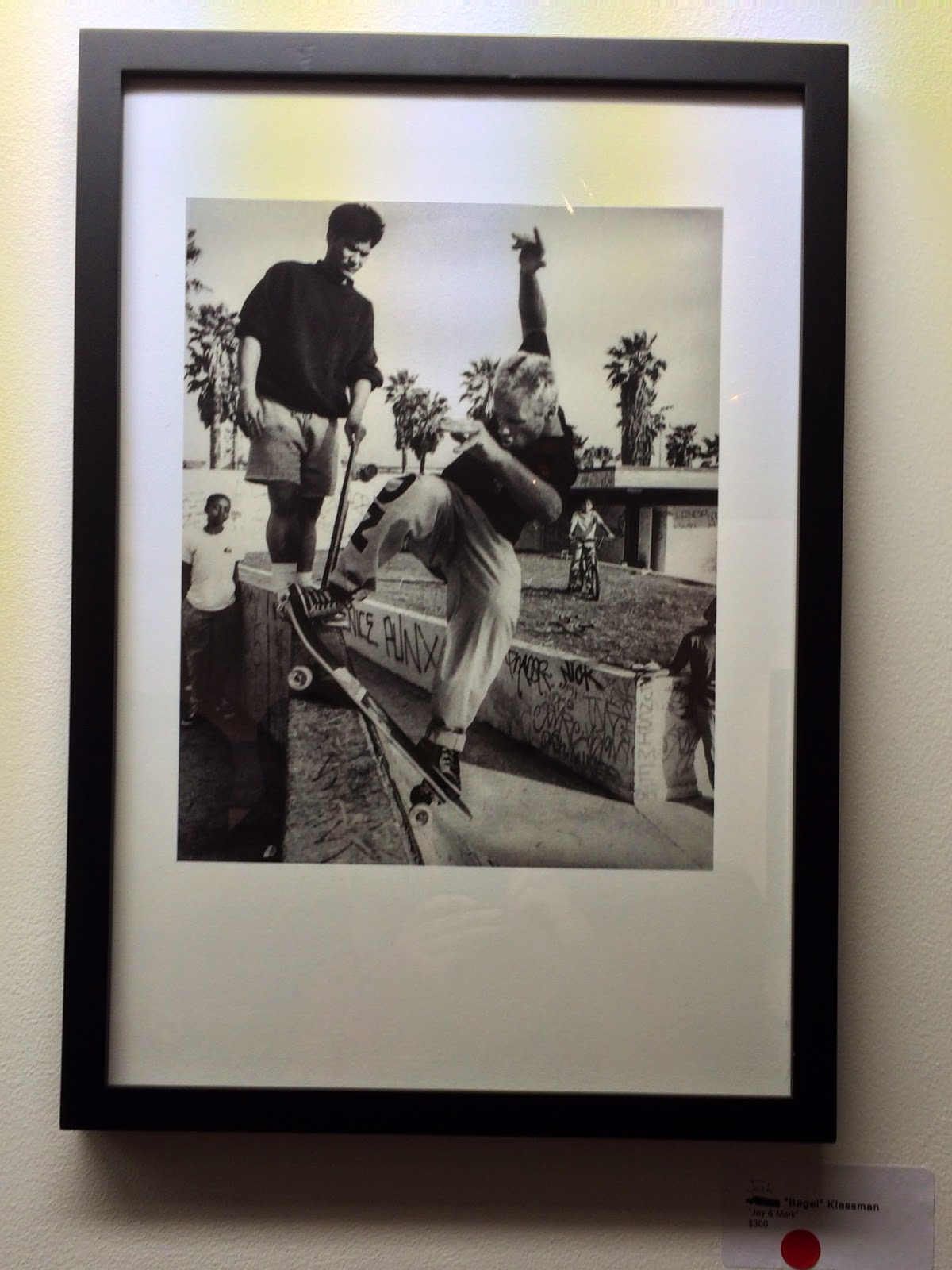 Old friends caught up, new ones were made. People that were only friends on Facebook became friends in real life. Christian Hosoi, Jeff Ho, Bennet Harada ... name someone from skateboarding, and they were probably there, if they could be. 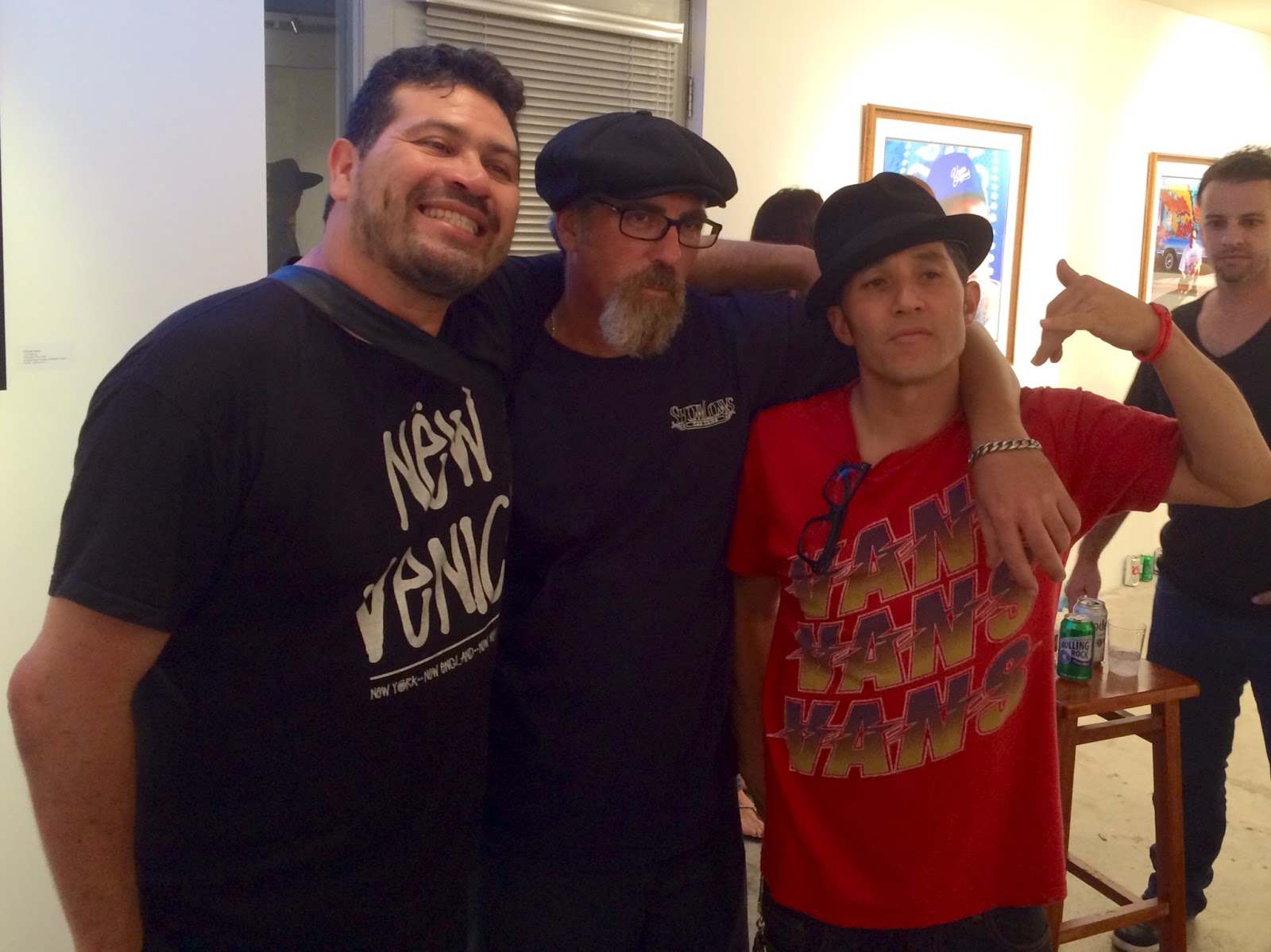 Tribute was again paid to a true iconoclast in the history of our community and in skateboarding and surfing ... Adams was the reason for the night, and the reason that so many people once again came together to remember him. 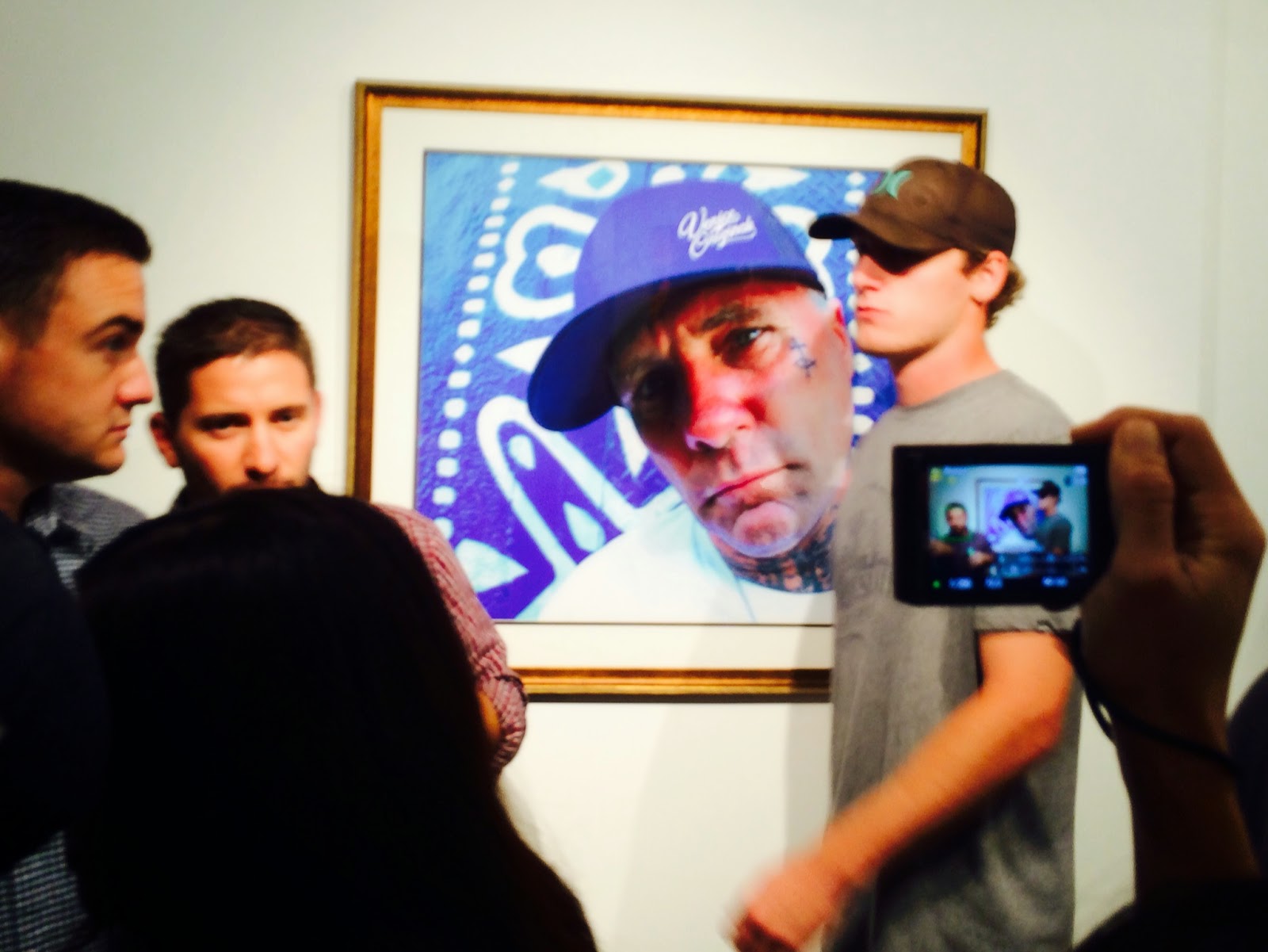 Remembering him is easy ... it's keeping that spirit - and the community itself - together that takes some effort. If Friday night's celebration was any indication ... we're ALL going to be just fine. 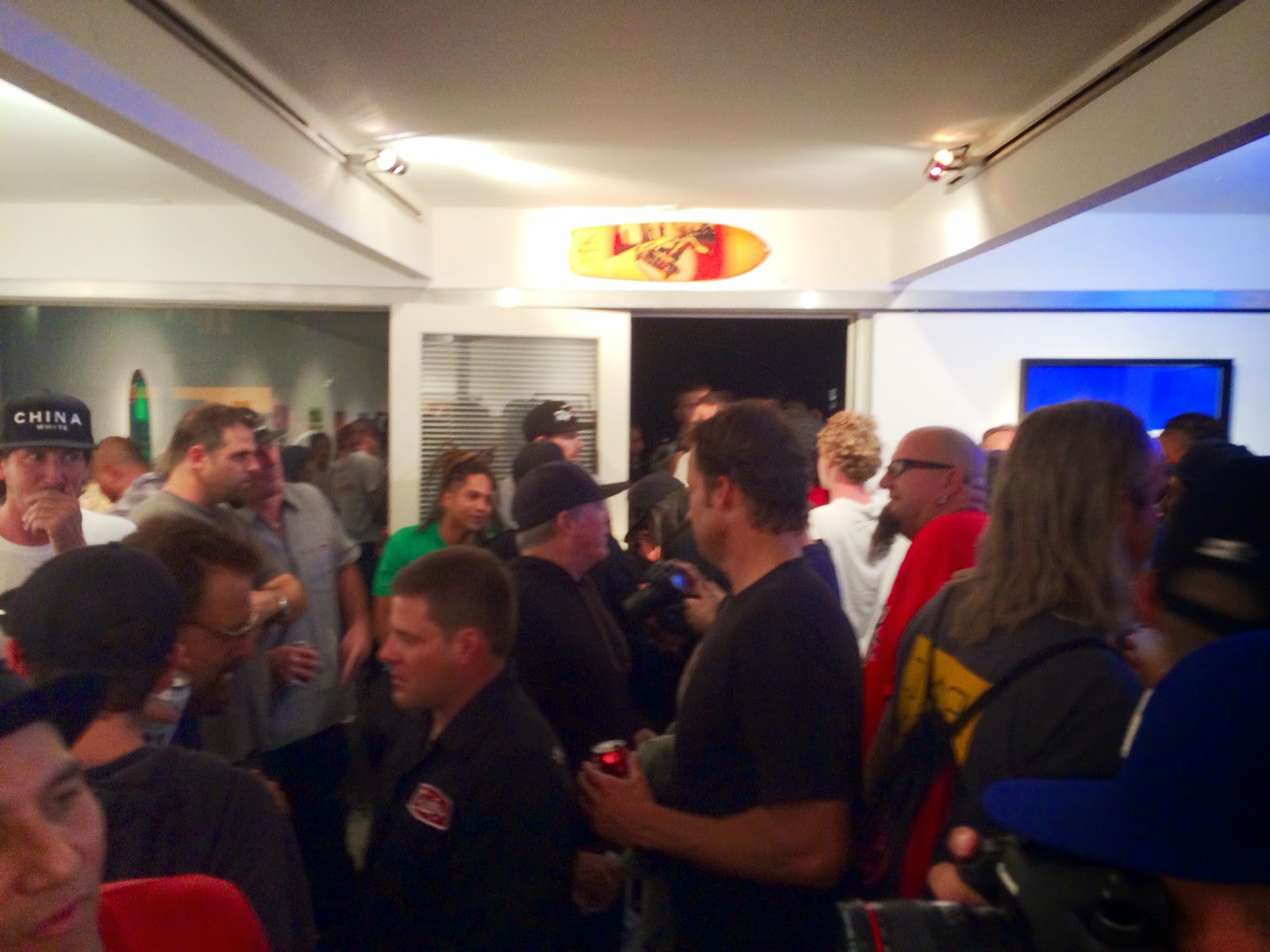 Thank you to Cesario Montano and 413 Arts for putting on another great event for everyone gathered.