Today is the 50th birthday of one of my favorite people in this world ... Tom Morello. In honor of The Nightwatchman's half-century of making his mark, I'm reprinting an article I wrote about our time in Washington D.C. for Morello's 2008 Justice Tour. George W. was still in his nightmare office ... Barack Obama had not yet been elected ... and we were out there fighting for justice for ALL. It was one of the most eye-opening, life-changing and affirming times of my life ... as you'll read.

Happy Birthday, Tom ... and THANK YOU, for all you do to make this world a little bit better. 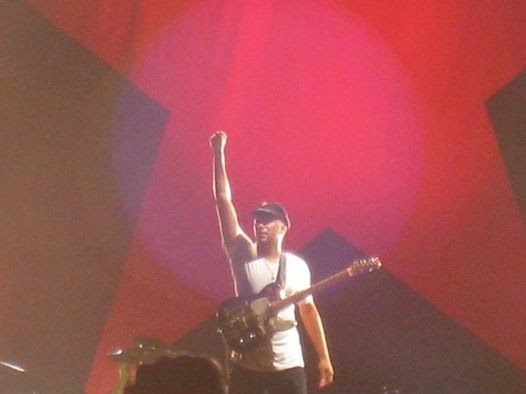 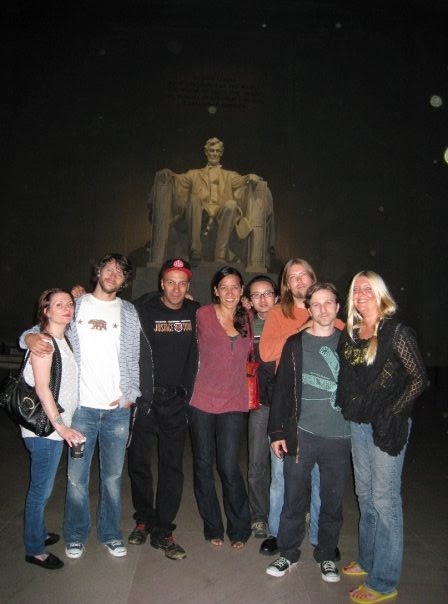 Paul had never been to D.C., so I told him he at least had to see the Lincoln Memorial and the steps where Martin Luther King, Jr. gave his historical speech before we left early the next morning.  As we paid the cab driver and crossed the street to walk up the Memorial, my phone beeped.  It was Tom, asking how the bar was, but saying, "We're at the steps where MLK gave his 'I have a dream speech'".  I looked up the steps, and there they were ... we'd all had the same idea at the same time in the middle of the night!  I think after the disgust and disgrace of seeing what our government has inflicted on its own people (and a country that never did anything to us) in this immoral and criminal war, we all needed to remind ourselves of what we are SUPPOSED to be, for ourselves and for the world.  Abe had it right, Martin had it right ... and they were both killed for it.  It is up to us to carry on those ideals, and that great dream.  I have tears again now at how far astray we've gone, and can only pray that we can find our way back, and right our wrongs.  We looked out at the Washington Monument from the very spot where MLK's speech was given, and I know that in each of our hearts, we felt the need to honor that flag that flies over our nation's capital, and never stop fighting for Justice.
Posted by CJ Gronner at 2:17 PM