You might have noticed the sparkling silver roof atop the bungalow around the corner from Abbot Kinney on 490 Santa Clara. Things are just as sparkling inside, where Wylie Wilson has set up a pop-up shop of their one of a kind knickers, bras, scarves and more. 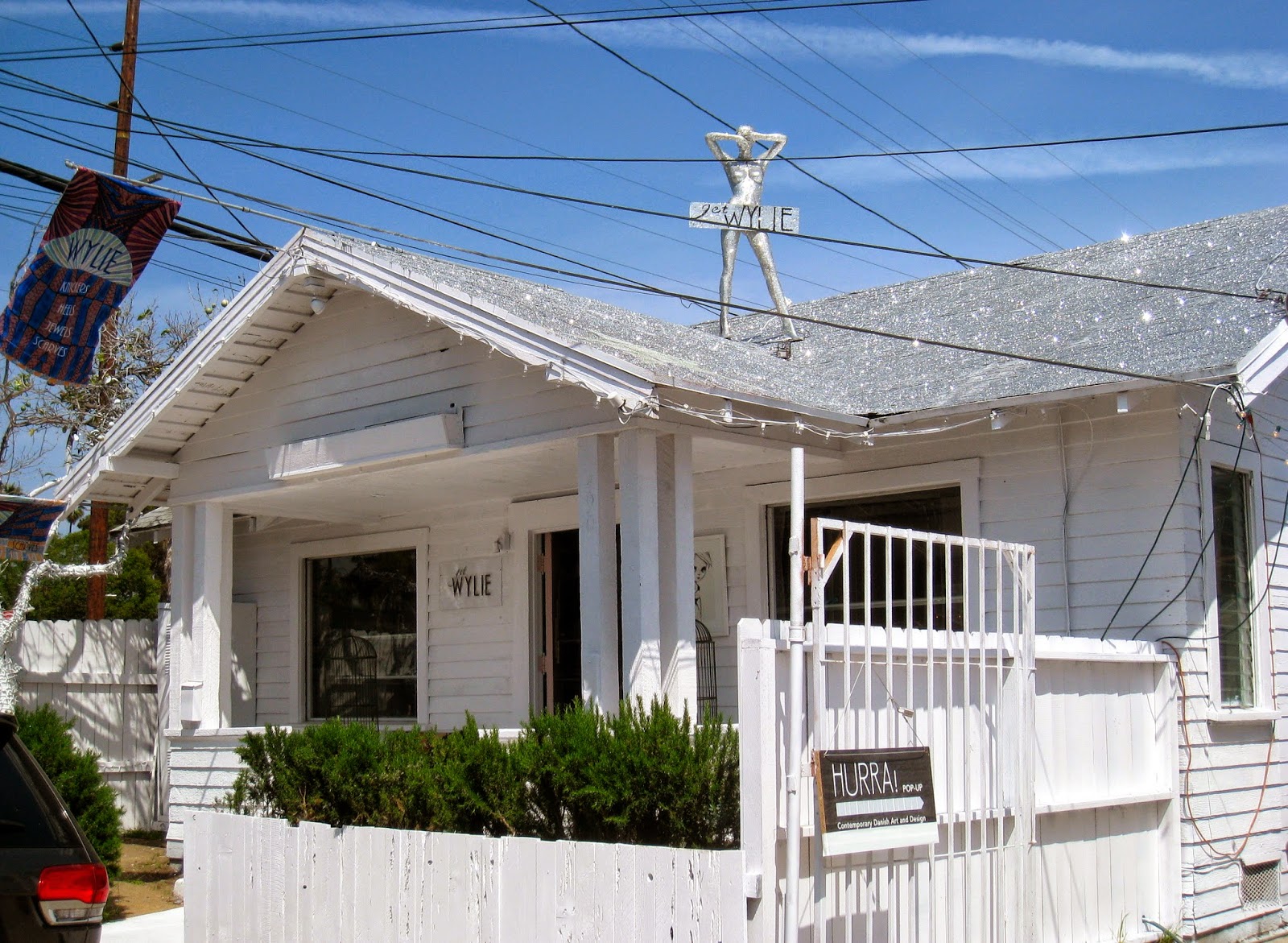 Wylie Wilson is the vision of Peta Wilson, an Australian actress who now calls Venice home. After going on walkabout at 19, Wilson met an actor guy, which led to drama school, which led to starring in the television series La Femme Nikita for 5 years. When that run ended, Wilson wanted to do something creative, as she "creates Genie bottles wherever I go." She designed and built her own home in Australia. She traveled the world, collecting couture fabrics along the way ... lace from France, velvet from Switzerland ... never quite knowing why or what she'd do with them, but always adding to her collection. 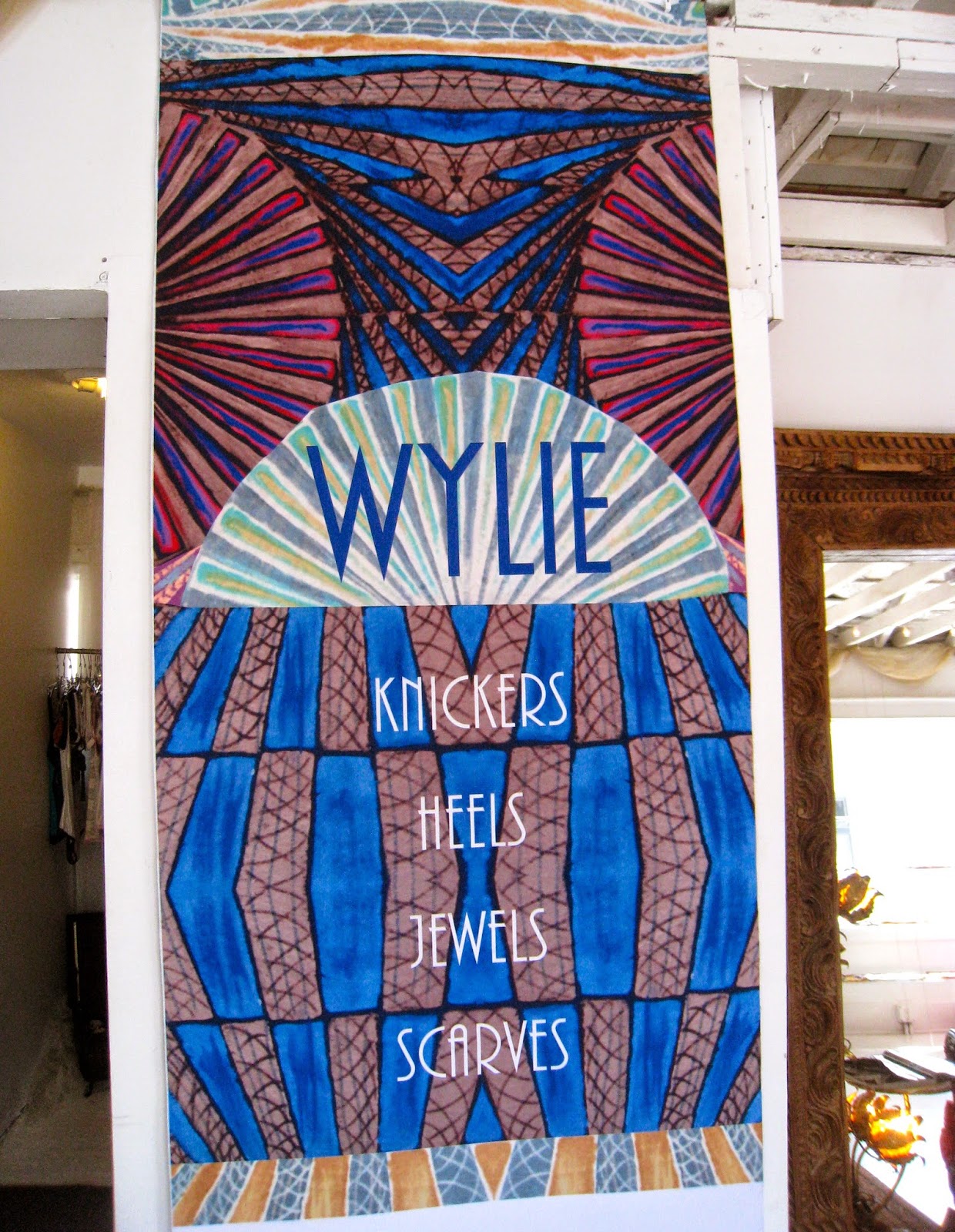 Wilson's friend, Tyrus Wilson sewed up a pair of panties with her lustrous fabric, and then when her Grandmother passed away, Wilson began sewing as a way to distract from her grief. After that initial creative flow, she had 250 pairs of gorgeous underwear as samples. She wore a pair of her "personality panties" ("For every type of woman, and I've been a few.") on a first date, and though the guy didn't get to see them that night, Wilson found that she felt good in them ... and maybe other women would as well. 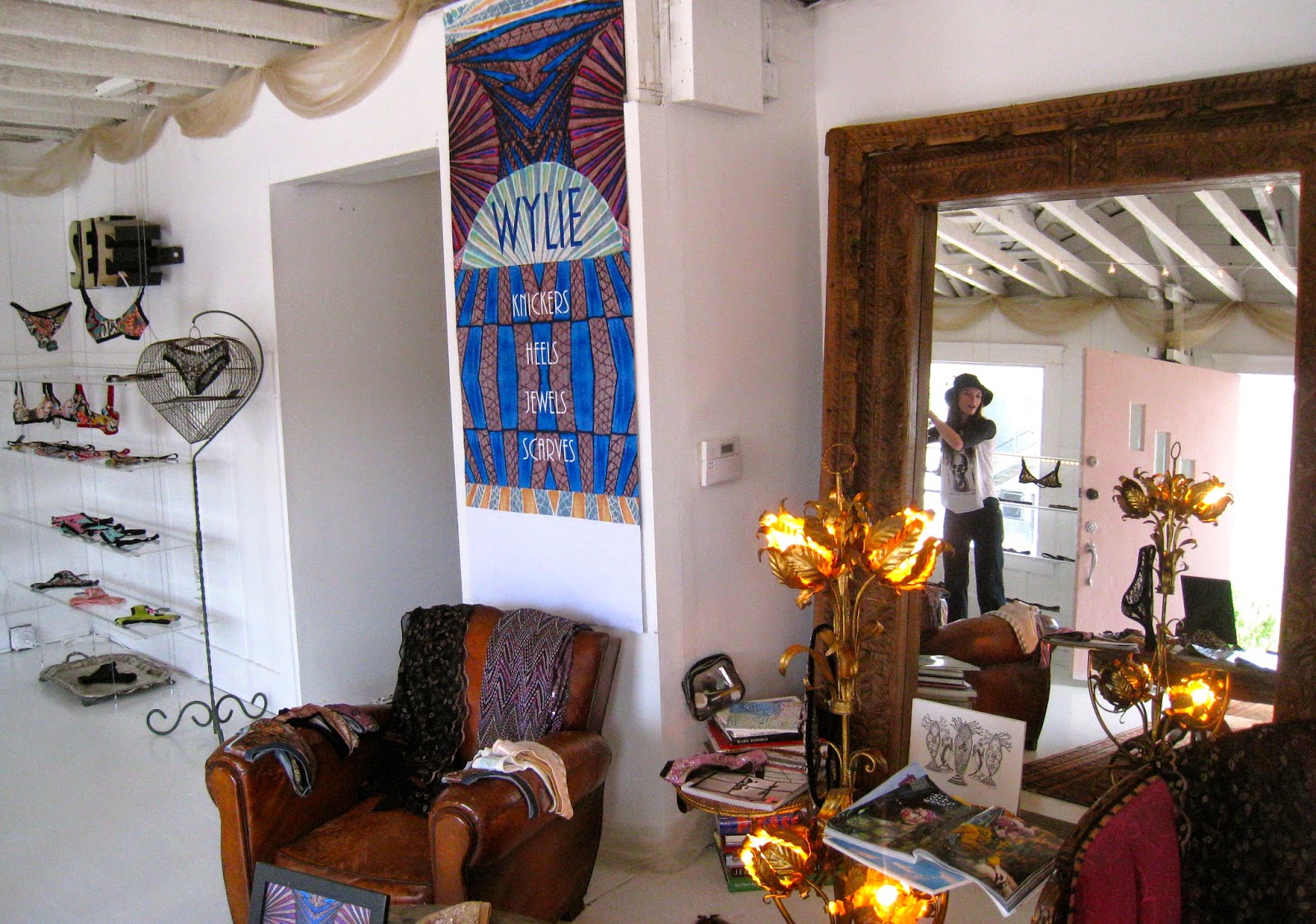 Before she knew it, Wilson's knickers had found their way into the pages of Italian Vogue, and Wylie Wilson was born. Wylie because women are wily ... they use their feminine wiles ... and Why lie? We are who we are, original and beautiful, just like these lovely more-than-mentionables.
Wilson had been living in Santa Monica, and apparently all the panties hanging in the windows were a bit much for the neighbors over there, "So I had to move to Venice." Perfect. She has commissioned locals like Jules Muck to design fabric (as anyone is invited to do) for scarves (which would then be Wylie Muck, as all women are Wylie, according to Wilson). Wylie Wilson is also the only place around that you can find shoes from cobbler to the stars, Terry de Havilland. Like these drop dead gorgeous red sparklers that almost hurt to look at ... 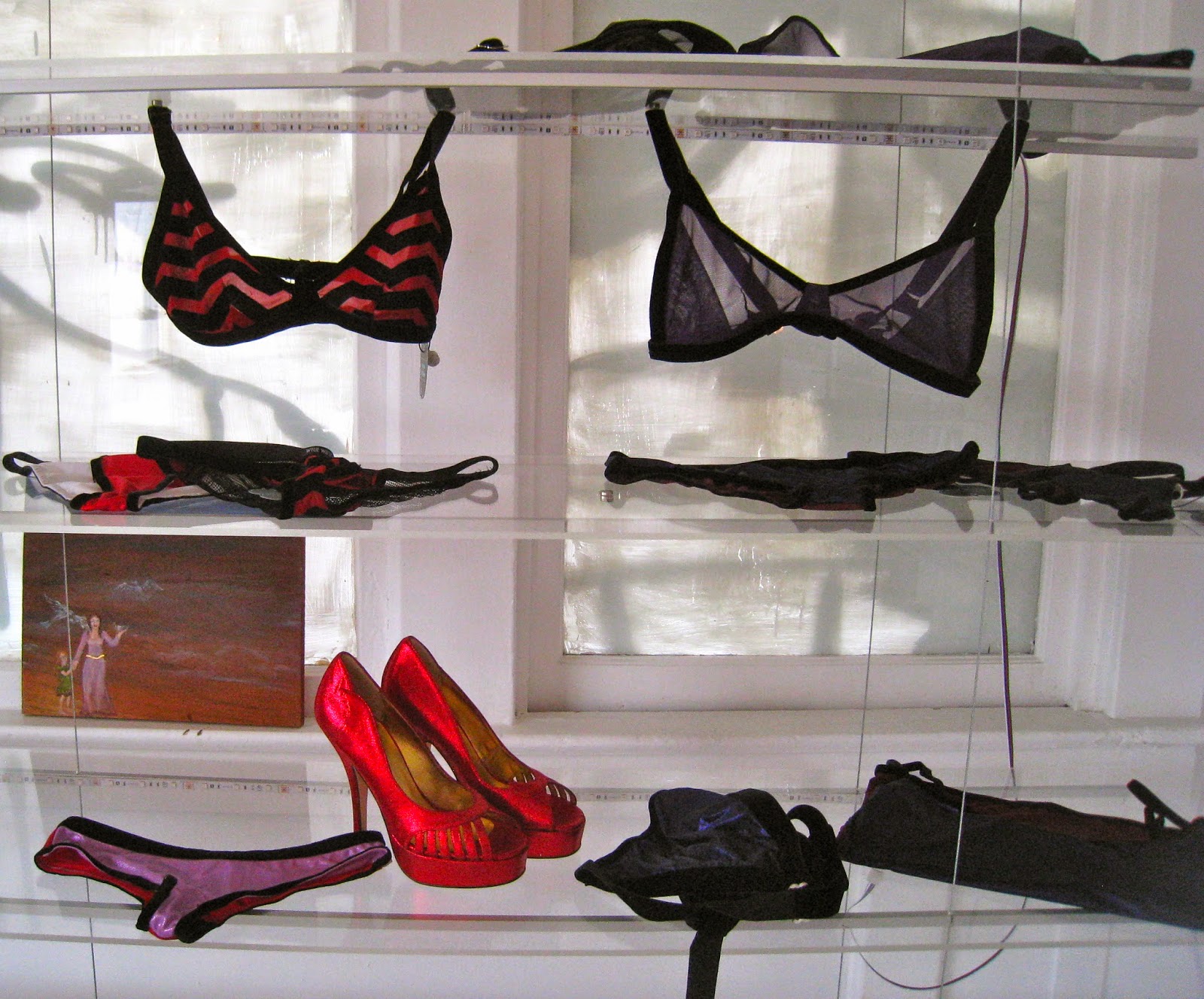 Once landed in Venice, Wilson joined the artist's community here, and realized, "It's a wonderful little Cosmos, Venice ... It's a village, and a subculture within this big city." (*At least it is for now, with creative people still doing creative things, and we need to keep it like that.) Things like people waving to you, saying hello as you walk past, watching each others' backs in the neighborhood, offering a helping hand ... all wonderful traits of Venice, and why Wilson never wants to go anywhere else, and always can't wait to get back here. So it seems we have more in common than our wiles ...
The Wylie Wilson "factory" is all so far run in Wilson's Venice home, by her "Spanish Armada" of seamstresses. They've somehow invented a bralette with no underwire that can manage a pair of DD's - that I'm eager to try. All the lingerie is unique, with one pair more lovely than the next. They're not cheap, so this is your special occasion stuff, most likely, but that occasion will promise to be extra-special in these gems. 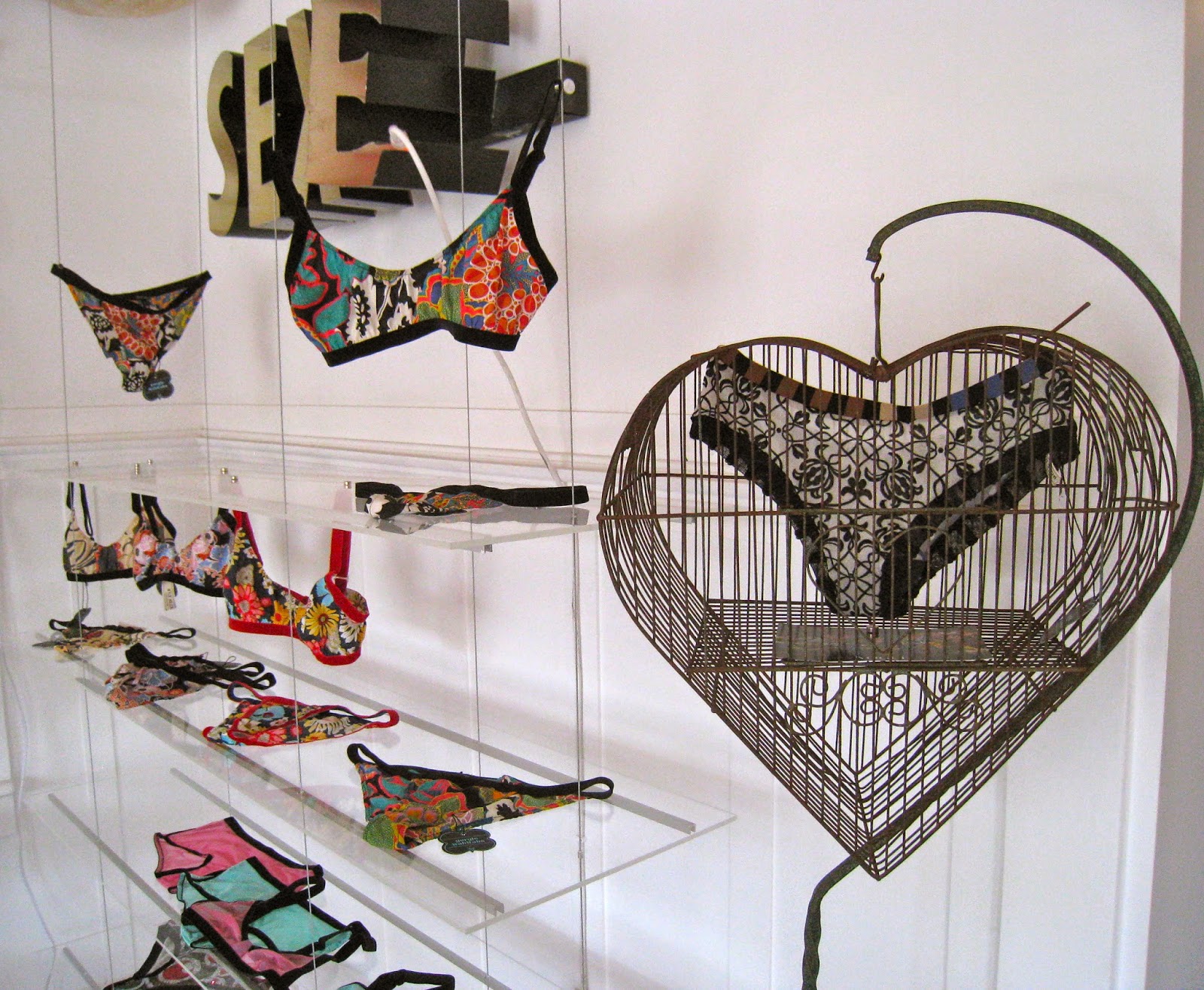 When not organizing dancing girls for a Wylie Wilson shop flash mob, or throwing fun parties in the little house among the fancy panties, Wilson likes to hang out with her son, Marlowe, ride her bike around town,  swim at the beach, eat pancakes at Axe, grub at Gjelina, Hal's and Shima, get her coffee at Groundworks, and get inspired by everyday life in Venice. She is a force of nature, with a whirlwind of activity always swirling around her. As she says, "The ride is incredible with a great woman." 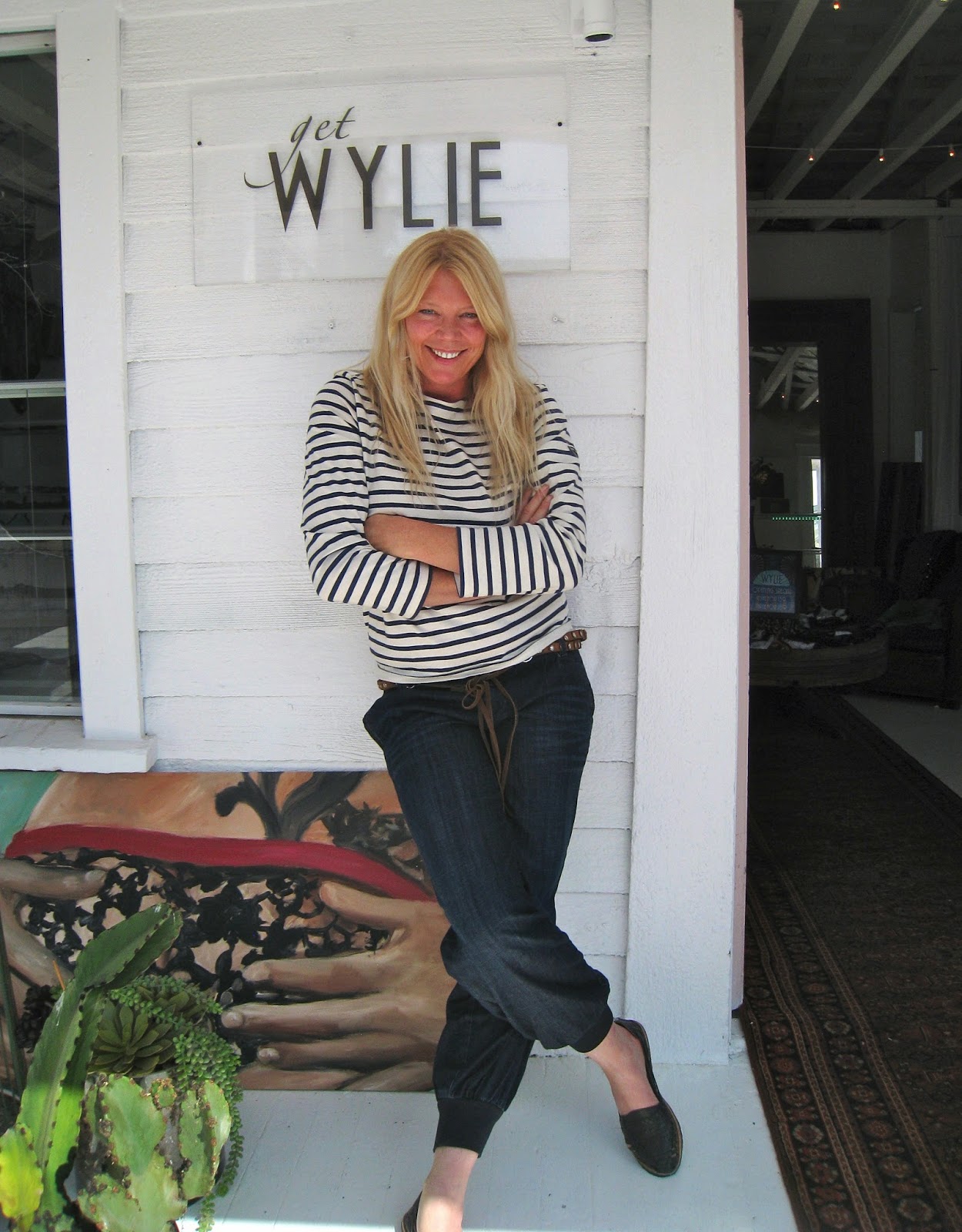 These are undergarments meant for those great women. Find out just how wily you are at the Wylie Wilson pop-up house until the end of May ... and stay tuned to their website for what comes next.