The Makaha 50th Anniversary Skate Contest At The Venice Skatepark

Last Saturday was one of the most beautiful days ever in Venice. You would sure never know it was mid-December. As most of the rest of the world was out running around shopping and getting ready for the holidays in the freezing cold, Venice was having a skate contest. 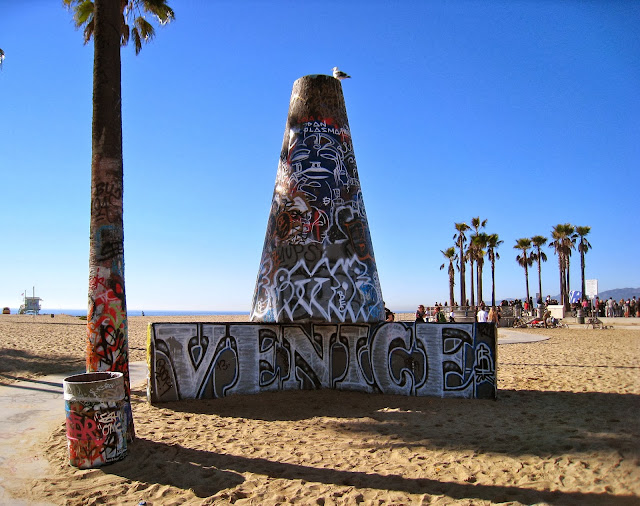 To commemorate the 50th anniversary of Makaha Skateboards (and the first skate contest held in Santa Monica in 1963 by founder, Larry Stevenson), the Venice Skate Association put on an absolutely great event. 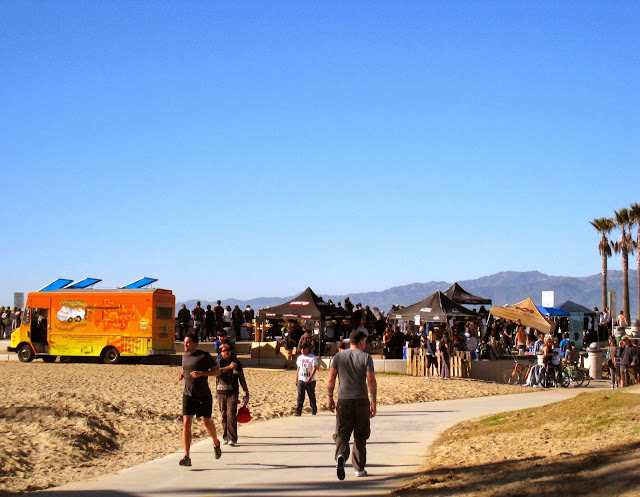 Skaters (and skate watchers) were out in droves to see the snake run/mini bowl contest ... and though it was a celebration of the past 50 years, it also let everyone know that the future of skating is just as bright. Some of the skaters I saw were just UN. REAL. Killing it every run. 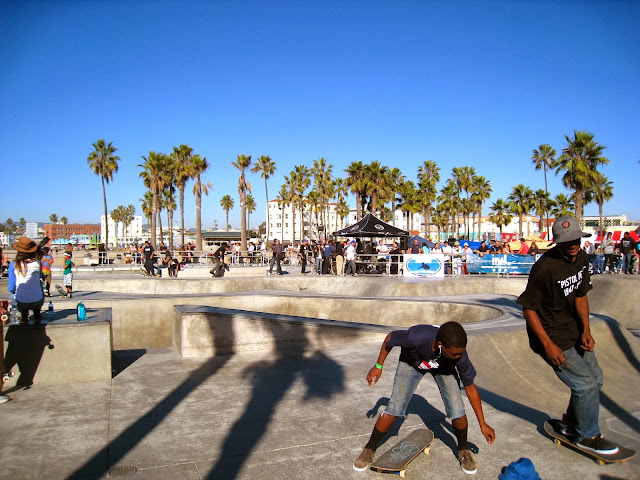 DJs (Bennett Harada) were spinning tunes, and with the Boardwalk right there, it felt like the whole town was out enjoying the spectacular day in the sunshine. 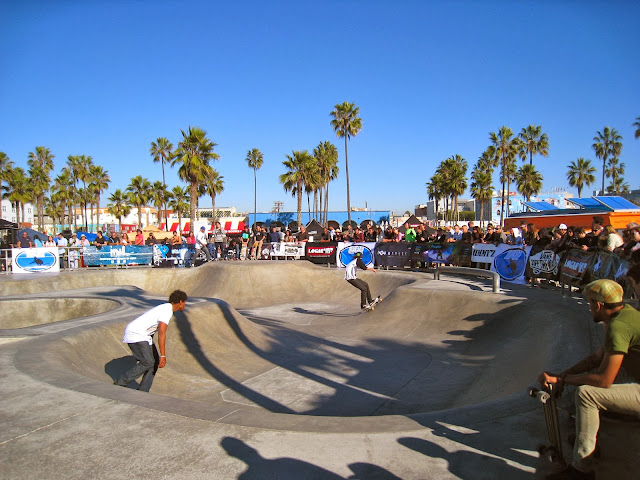 There were the usual food trucks (now encroaching on the beach too? Ugh.) which reminded one that the other point of the day was a food drive for the Westside Food Bank to stock their shelves for the holidays. 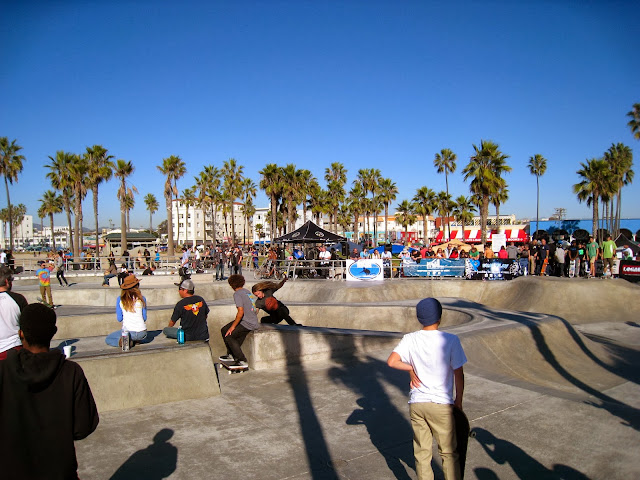 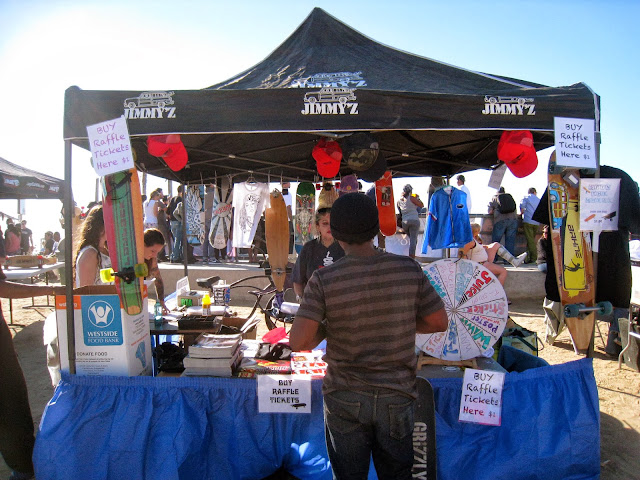 I had 7 zillion things to do and places to be that day, so I couldn't stick around to see who won everything, but know that the total ripper, Charlie Blair, took first overall. 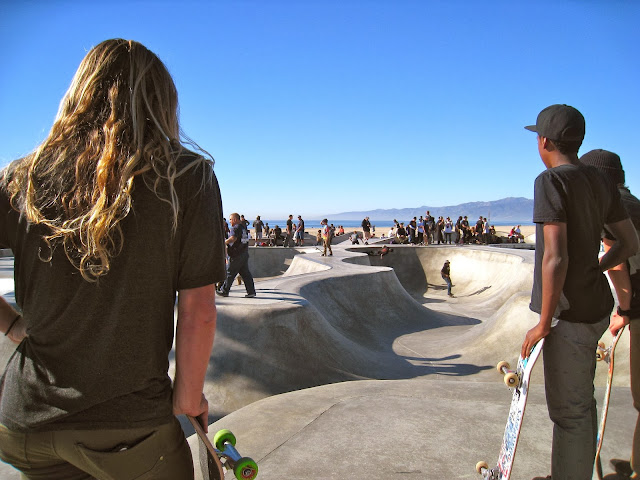 What a fantastic time it was - and a perfect example of what good comes from supporting your local skatepark!
Posted by CJ Gronner at 3:07 PM