Repeal Day At The Townhouse!

Yesterday, December 5th, marked the 80th anniversary of the ending of Prohibition, and The Townhouse/Del Monte Speakeasy celebrated in high style. What a blast! 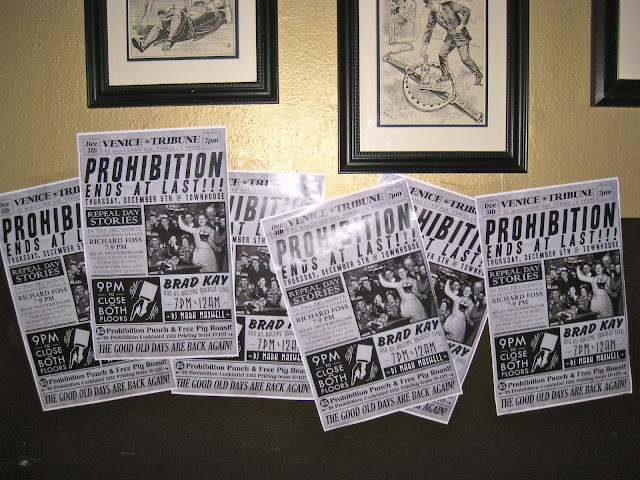 Proprietors Louie and Netty Ryan hosted the party, which featured a pig roast meal upstairs- FREE to ALL! - courtesy of Oscar's Cerveteca. 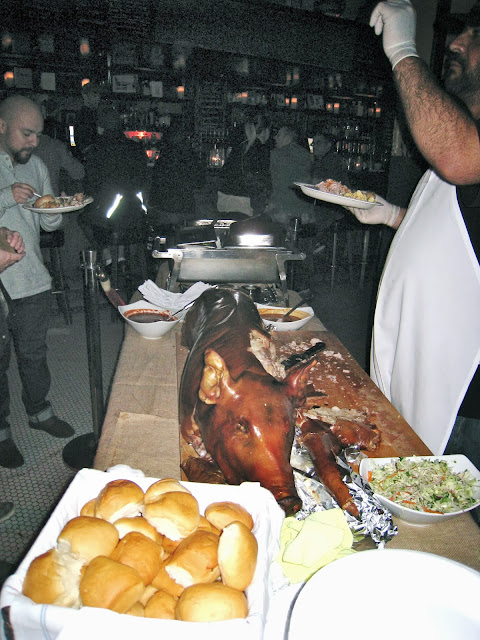 They blew through two whole pigs (and a spread of delicious sides, all set up on the pool table) before the lecture downstairs was even through. 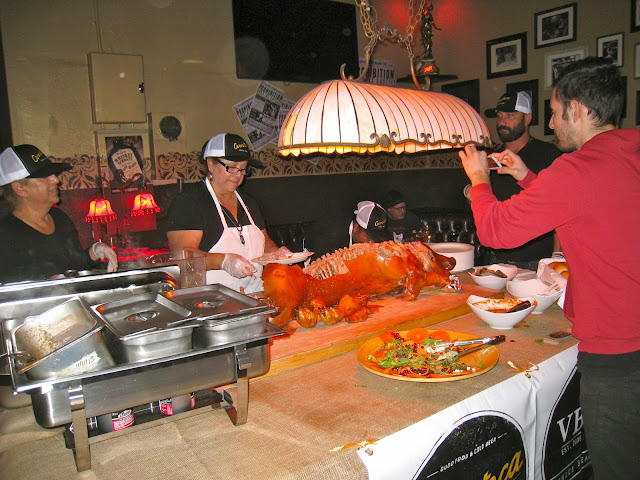 Yes, the lecture. A standing room only crowd (of a much greyer demographic than usually packs in, with lots of mountain men chapeaux, suspenders and ironic mustaches) filled the downstairs Del Monte Speakeasy to listen to cocktail historian, Richard Foss, hold court about the history and good times had with liquor over the centuries. 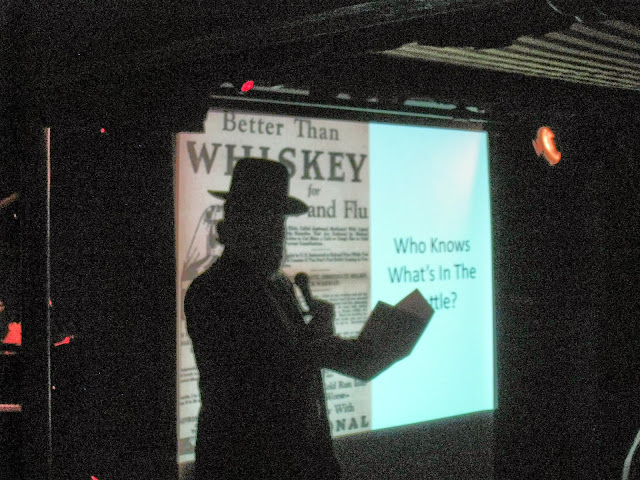 It was very informative and entertaining, made even more so by the fact that the staff was delivering theme drinks that corresponded to the slide show throughout the talk. We were greeted with a glass of a whiskey-based Repeal Day Punch (delicious). That led to the Pisco something, the French 75 and The Last Word. I couldn't always hear the stories behind everything, because I had squeezed in right by the bar where the tenders were shaking up all those cocktails. It kind of added to the experience, actually. 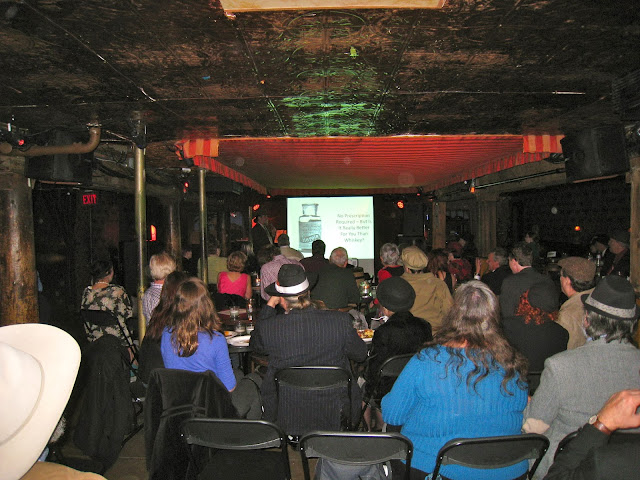 By the end of the lecture, people were feeling pretty good. When the last slide proclaimed "Prohibition OVER!", it was met with rowdy cheers, while the fact that Foss told us there was still a Prohibition Party (that received like 536 votes in 2012!) was shot down with jeers. I mean, really. If you'd like to know even more, there is a Museum of the American Cocktail! Good stuff.

After some mingling, it was back upstairs for a good old fashioned Old Fashioned. Brad Kay played era-appropriate jazz downstairs, while the upstairs bar got more and more crowded as drinks were 1933 priced at $1 from 10 - 11 pm. (As were coffees next door at Menotti's). Yowza.

Many thanks once again to the Ryans and the entire staff of The Townhouse/Del Monte Speakeasy for a stroll back through time, done up beautifully and generously for our whole town to enjoy. As Mr. Foss said at the end of his program, "Come back. This place is always this fun!" True story ... then AND now.
Posted by CJ Gronner at 1:36 PM