The annual holiday stroll was held on Abbot Kinney last weekend, and as always, the best part was the snow hill for sledding in The Brig parking lot. 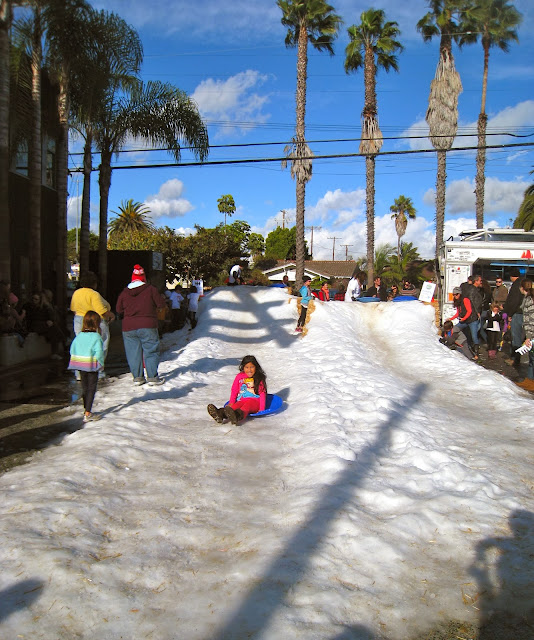 Rare rain had threatened the fun all morning, and then miraculously cleared up just in time for the arrival of friends and neighbors who brought their kids out for a much-anticipated frolic in the even rarer snow. 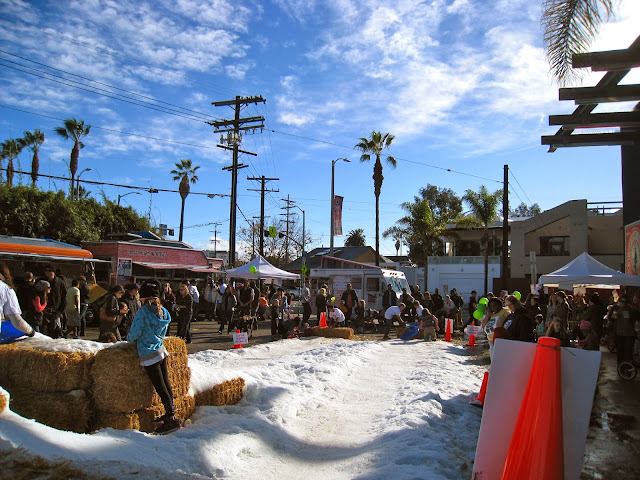 Snow pants in Venice are hilarious, that needs to be said. But a bunch of kids had 'em on, and I guess were kept dry, though they were not at all needed for the warmth factor.

There was a good craft booth (manned by elves) where kids (and me) made ornaments out of this cool scratch-off paper, or crowns and antlers to don as they trailed after their parents in the shops before and after the fun. 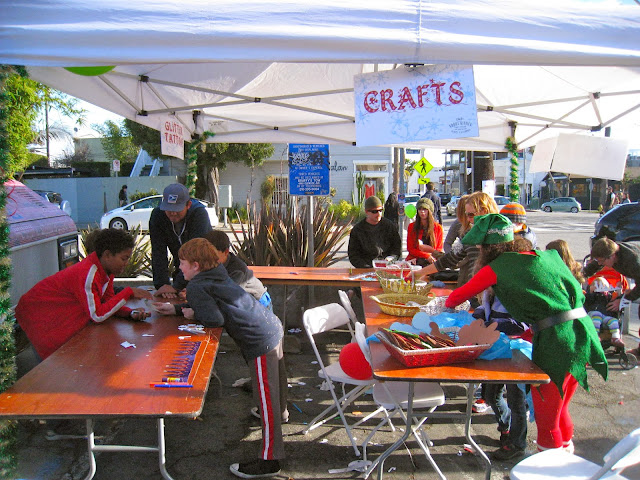 Santa Claus was there - a pretty good one, in fact - and shy, thrilled little grommets lined up to tell him what they'd like and if they'd been good. It's always cute, there's no way around that. 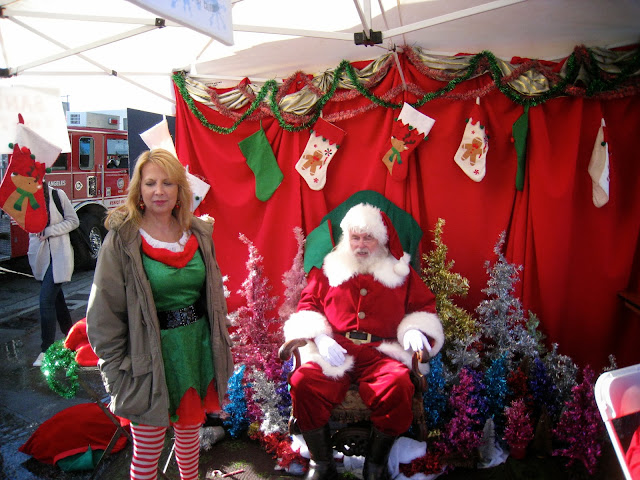 Fire trucks stood guard, and the parking lot was crammed with the requisite Brig food trucks - again. The sun started to set and it did get pretty cold then, to be honest. That helped the snow keep from turning into a giant puddle in one second, and my little pal, Beckett, got his first sled ride. His Dad, Shane, is from Minnesota too, so this was a big moment, though Beckaboo seemed a little iffy about it. He'll learn. 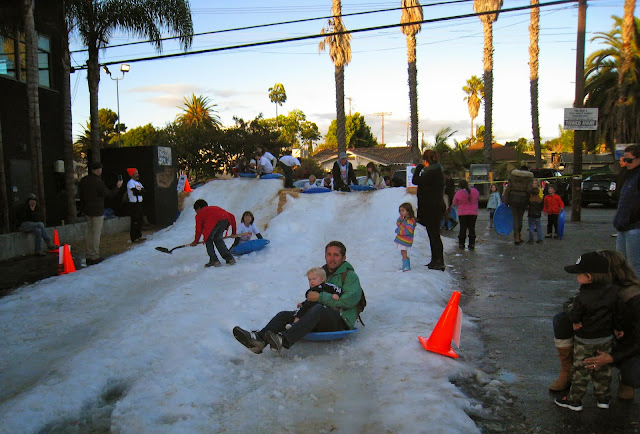 Holiday lights came on, Carolers came out and that elusive "Holiday Spirit" feeling really was in the air. Even if I was still wearing flip flops. It's great that the Abbot Kinney merchants come together to put this on for the neighborhood, and it's looked forward to every year. Snow Day!