The Free Venice Beachhead turned 45 years old, and Venice celebrated last night. One of the last remaining free presses in the country, we try to tell the best stories, news and events of our beloved town every month. The entire thing is run on donations, and all the Collective staff are volunteers. It's a lot of hard work, and very behind the scenes, so it was fun to meet readers and neighbors at the party last night at Beyond Baroque, and make our world a little smaller. 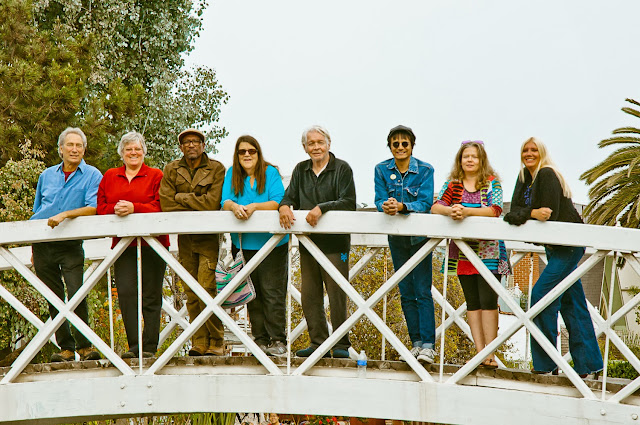 People mingled in the lobby, drinking wine, eating snacks (all donated - thank you!) and catching up on the current events around town. 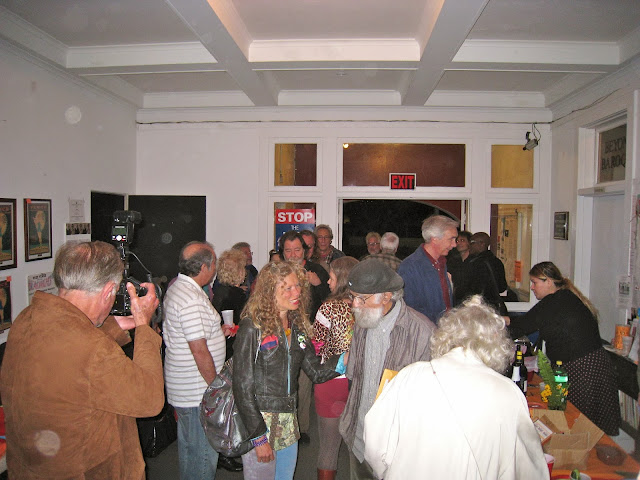 It was a packed house, and many in attendance had contributed to the Beachhead in some way during its existence. Juan was there with probably his best hat ever. 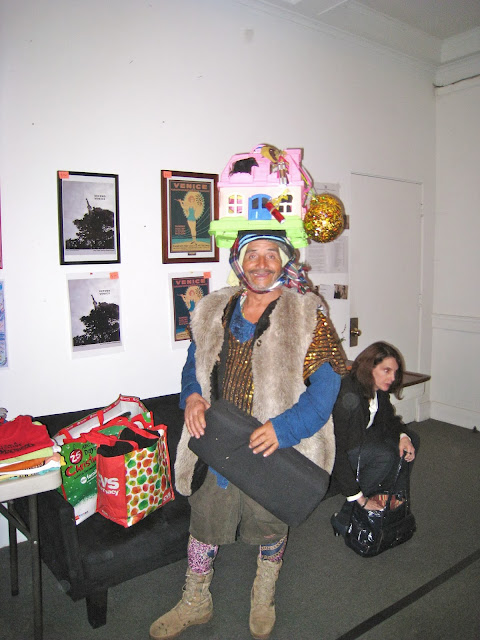 We had a merch table stocked with t-shirts, posters, magnets, and even phone covers! People were encouraged to donate or become sustainers of the paper, as every month it's a wondrous thing to come up with enough to print 10,000 copies for our readers. 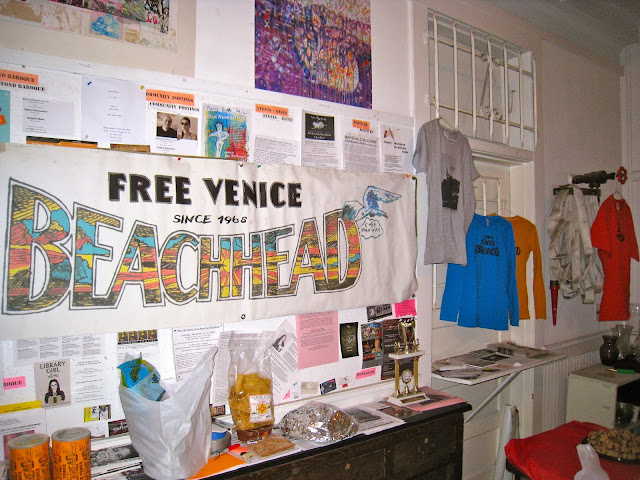 After much fellowship and chatting (which continued in the lobby even during the program - that's where the wine was ...), it was time for music and poetry. 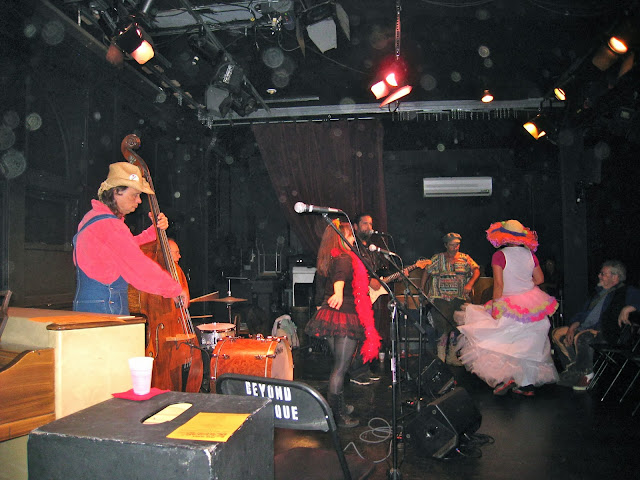 The Venice Street Legends played a few Johhny Cash tunes with Kathy Leonardo and got toes tapping. Then Roger Houston, Hillary Kaye, Tina Catalina Corcoran, Krista Schwimmer and Pegarty Long all read poems about The Beachhead and special times they've had in Venice. It was surprisingly emotional, as I realized how very many people feel the same way I do about this wonderful place we live, and how much we all want to keep it special. 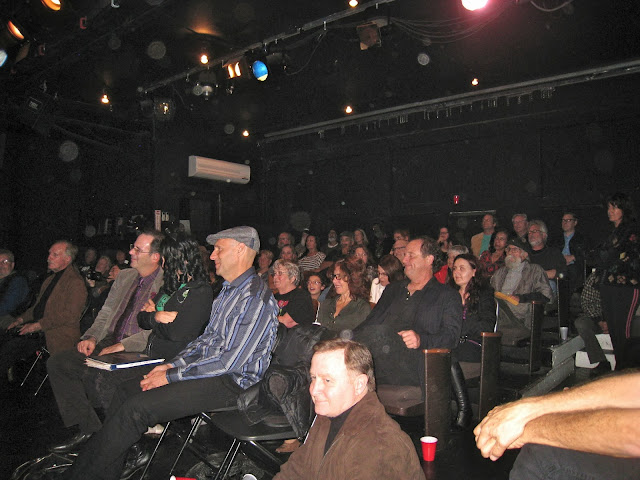 After a brief intermission, we had more fantastic poets share their talent and thoughts on their muse, Venice.  Ronald McKinley spoke of how his daughter contacted him after 15 years after reading a poem of his in our online edition. Karl Abrams and Mary Getlein read their always excellent works. Mary always just kills me with her heartfelt thoughts and gigantic heart. She even spoke-sang one of her poems, which I'd never seen her do. She dedicated one to Suzy Williams, who was about to play. It was beautiful. ALL the poems were beautiful. 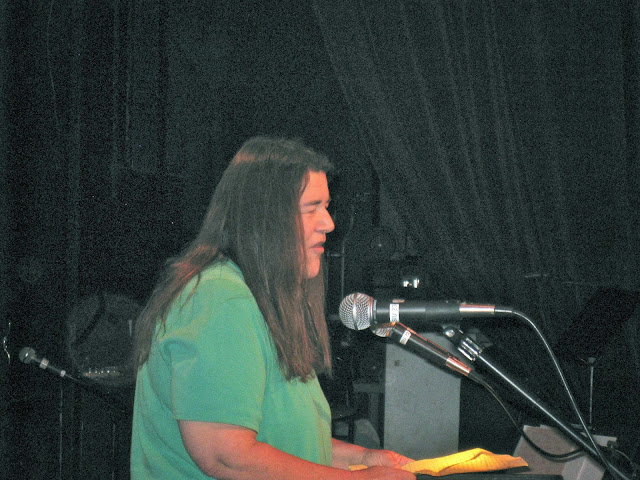 Jim Smith brought along the very first copy of the Beachhead from 1968 - only four pages, but full of spirit. He read a poem he wrote in honor of the 45th year and we have to get it published as soon as we can. It was epic. 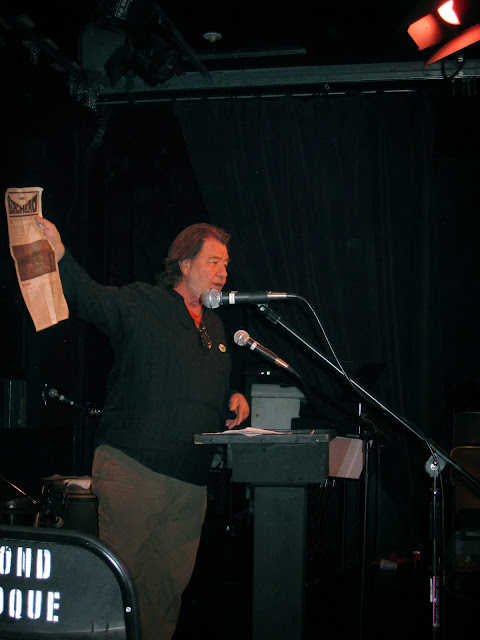 After all that depth and emotion (and humor!), it was time to cut loose and celebrate. Suzy Williams (backed up by Eric Ahlberg, Sam Clay and Steve Weisberg) tore it up (in her "I'm a Venice Beachhead shirt - get yours!), and even dedicated a song to ME, which gave me a lump in my throat. You write your stories but you never really know if people like them, or even read them, once they're out there, so it's always so gratifying to have someone say they mean something to them. Bless her. 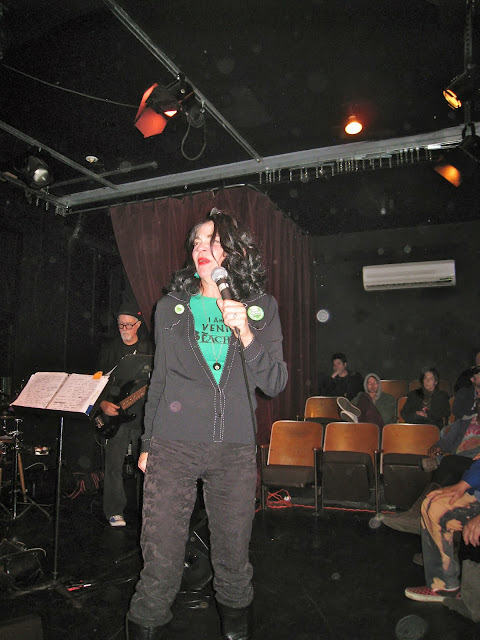 By the last of Suzy's songs, the whole place was up and dancing. 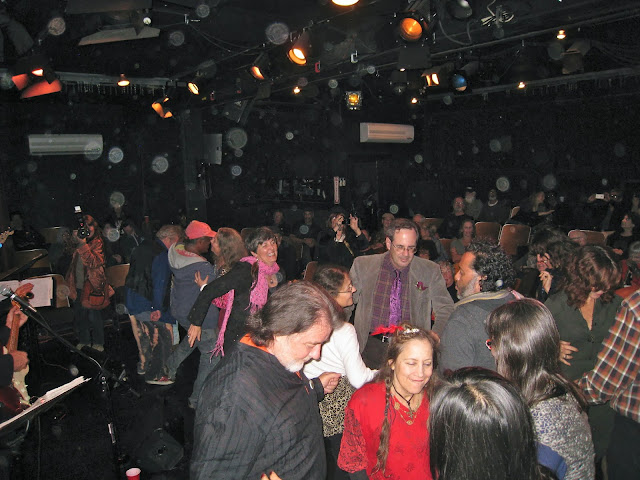 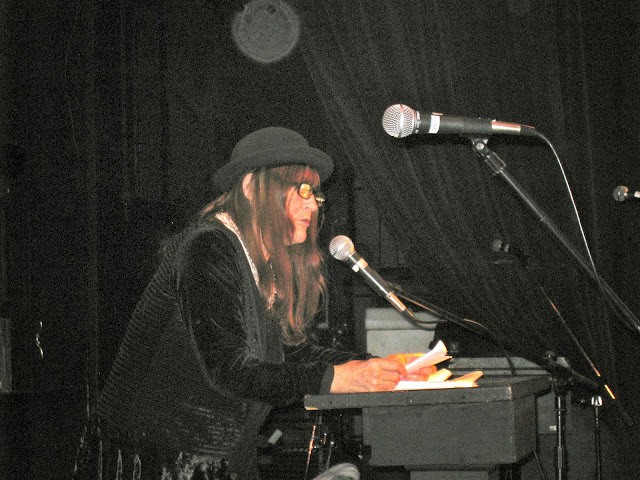 Pegarty Long read a poem by her late twin sister, Philomene Long, the former Poet Laureate of Venice. I think it pretty much says it all ...


Venice, city conceived in imagination for imagination
With body intact -the canals, the welcoming houses
The people came. It happened - the magic -- unexplainable
Venice becoming the city imagined
A city like no other city on earth
Its community of Venetians giving her a soul
Bright. Transcendent. The soul of Venice
A gift, which cannot be bought nor stolen
This is the gift out right, freely given
To those open to receive it; for those who listen
But Venice transcendent still needs a body
It can be, has been, wounded
It can die; live on only in history
So we here today, as with previous Venetians
Welcome all as neighbor, loving freely
At the same time preserve and protect our radiant city
With magic and practicality
And with the hope of a pale green egg-almost iridescent
In a Venice afternoon light
That resolve passed on from those that have gone before us
For them as for ourselves, and for those that will follow
Will walk upon our footsteps into the next century
That the light of Venice not be extinguished
Nor diminished, nor simply be maintained.
But that light burn, burn, burn into a boundless luminosity!
-- Philomene Long

It's like Mary Getlein wrote in our current issue: "That is what's really great about Venice - people read your poems." Please support YOUR local paper in any way you can. Volunteer, donate, support financially, submit articles and poems. It is there for everyone. Happy 45th to our Free Venice Beachhead! Here's to many, many more.