Venice now has its very own tequila, everyone! Calavera Tequila was conceived years ago in the mind of my good friend, Jim Robb, and it is now available for your drinking pleasure. The beautiful hand-painted skull bottles were created to house the already award-winning spirits, and honor the name of the brand, as "Calavera" is the name of the sugar skulls that are everywhere in Mexico for Dia de los Muertos. 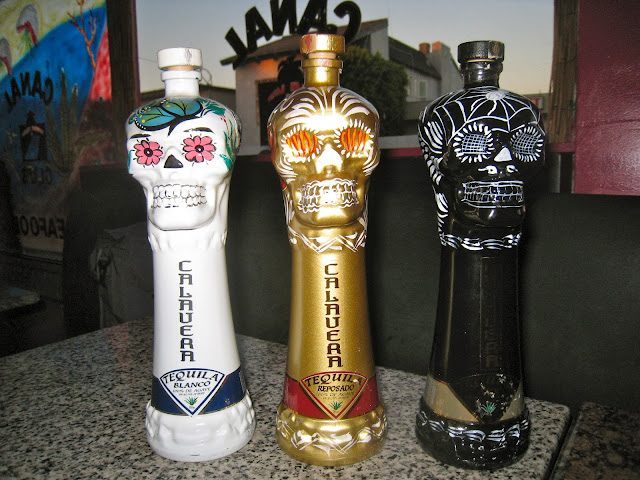 Calavera is distilled in the town of Tequila, Mexico, appropriately enough, as I learned that much like champagne needs to come from Champagne, France, so too does tequila need to come from Tequila to be absolutely authentic. Which Calavera is, from the small batch runs (only 300 cases per batch) to the Mexican artists whose skill in hand painting the bottles is passed down from generation to generation. Each Robb-designed bottle is different - and beautiful - and I imagine we'll soon be seeing them all over the place, starring in Dia de los Muertos altars, as candle holders, vases, and whatnot after they've been emptied of their tequila. As they say, "A distinct bottle for a distinct tequila."


Robb was born and raised in Wyoming, until the "Sunshine and pretty women," beckoned him to Venice in 1987. He immediately liked "the spirit of Venice," and has been here ever since.  He began working at Southern Wine and Spirits, and is a 25 year veteran of the alcohol business. After repping a bunch of brands over the years, Robb finally decided that he'd really rather be out there selling his own product, with a focus on quality and fine craftsmanship. This has already been recognized, as all three of Calavera's tequilas - a Blanco, Anejo and Reposado - have already been awarded bronze and silver medals at the recent Spirits of Mexico competition, over 40 others in each category. Bam! 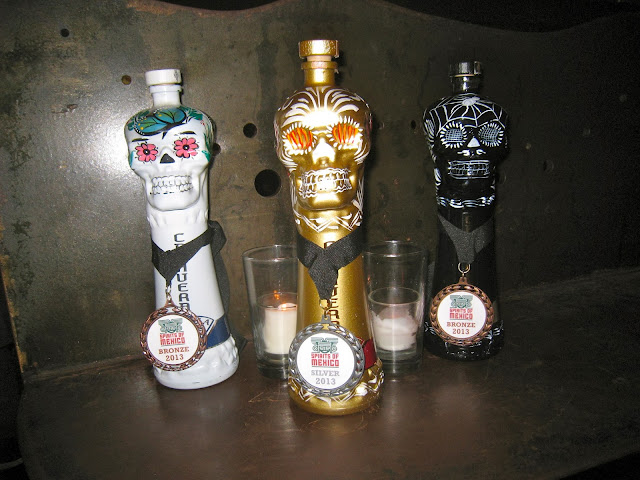 The Blanco (a Bronze medalist) is not aged, and is created from 100% lowland agave. The Reposado batch (the Silver winner), from 100% highland agave has just been released after aging for 6 months in American whiskey oak barrels, which gives it a nice caramel, smoky flavor. The Anejo (Bronze winner) is the top of this top shelf, made of both high and lowland agave, and is aged two YEARS in those bourbon barrels. Smoooooooth, without any of that wincing whiplash you get from some lesser tequilas. Yuuuuuuuum. 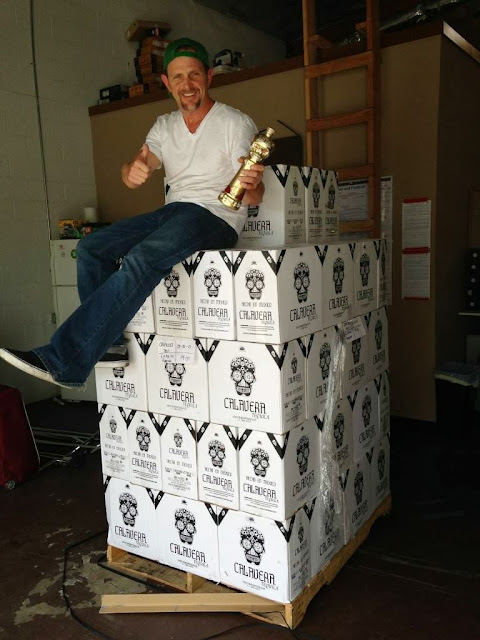 It's fun to see the bottles already showing up in our local watering holes, like Canal Club, James Beach, Danny's Deli, Mercedes Grille, The Terrace, The Basement Tavern, and Baja Cantina, with more venues joining the party every day. For now, you can buy it for your own bar at Beverage Warehouse in Culver City or Vendome in Beverly Hills, with hopefully some Venice retailers joining that list soon. 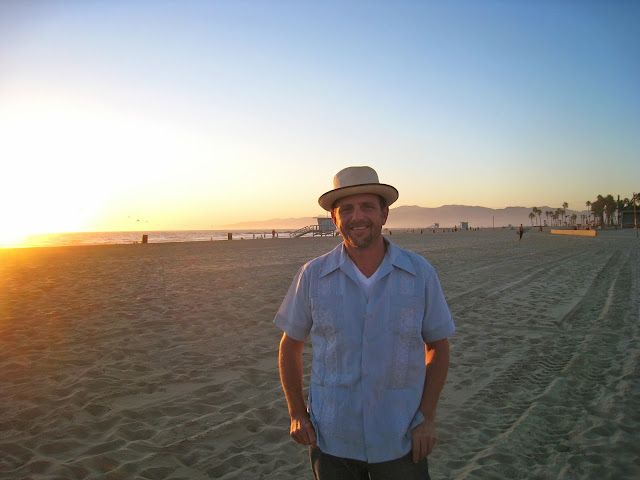 Robb is happy that Venice is the home base of Calavera, "... because I love it. I love the people. It's my family here. YOU are my family." True story. Great people, biking, paddleball and "keeping Speedway straight" (his street) fill Robb's time when he's not out "Shaking babies and kissing hands all over town," to bring his tequila to the people.

Calavera will have its official launch TONIGHT, November 1st at Robb's annual Halloween/Dia de los Muertos party, this year at the Loew's Hotel in Santa Monica - the perfect holiday for its kick off! I love to see our friends and neighbors realizing their dreams, and as the Calavera brand continues to grow and gain a following, it's extra great to know that it all started right here in Venice. Hecho (well, operated out of) en Venice!