The Townhouse and The Del Monte Speakeasy - True Venice Hangs

There has been a bar operating out of 52 Windward Avenue continuously since 1915, even when it had to be disguised as a grocery during Prohibition. Today it is The Townhouse and The Del Monte Speakeasy, and both tip their hats to the venue's past, yet keep it modern with the entertainment and good times of today.

Owners Louie and Netty Ryan took over the space in 2007 after having their eyes on it for years. Louie is from Dublin, Ireland and Netty is from New York, which is where they fell in love on a dance floor, when Louie was running a place out there called the Scrap Bar. There he learned the ins and outs of managing a bar and booking music acts. After that became stressful and enough, the Ryans came out to California for a visit. While in Joshua Tree, they had a revelation that they needed to make the move out West. They landed in Venice in 1997 and instantly loved it. "It had a vibe, a sense, an energy that it's hard to put words to," said Netty when describing pretty much what we all feel when we arrive here. They went to an Art Walk and finally saw what had been behind all the boarded up doors around town, and were blown away, knowing immediately that the diversity and flavor of the place made Venice be where they wanted to live and raise their three children. 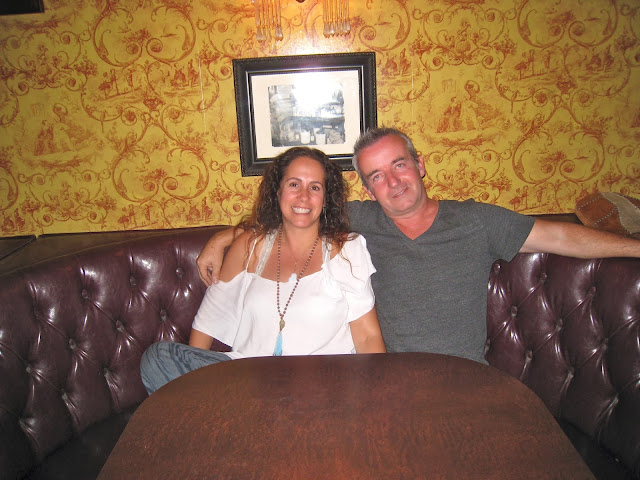 In 1999, the Ryans opened the popular music venue, The Temple Bar in Santa Monica, which  operated until 2008, after they realized they really wanted to concentrate on Venice (They also owned and operated Zanzibar in Santa Monica until 2012, and Little Temple - now Virgil's - in Hollywood). 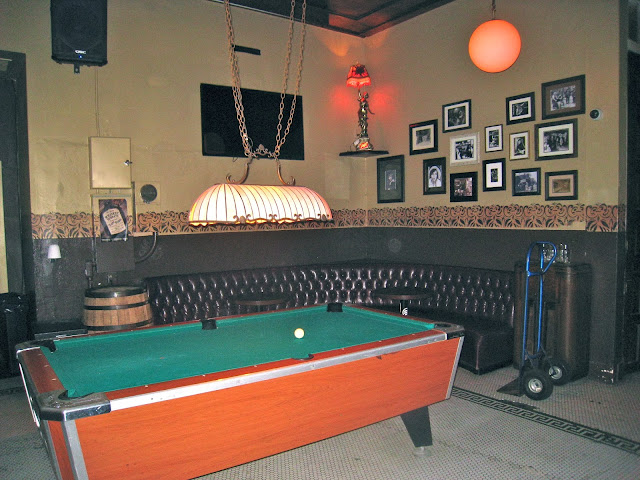 I never went to The Townhouse much before the Ryans took over, mainly because it was pretty scuzzy and I couldn't get past the constant and oppressive stench of cat urine that permeated the joint. The Ryans took over after the previous owner died, and cleaned the place up, restoring it to its original luster bit by bit, without ever closing down. "Like a '59 Impala, I just cleaned it up and made sure it ran well," says Louie. Gone now is the feline odor, and right when you walk in the door from Windward, it instantly feels like a place where Abbot Kinney himself would stop in for a stiff libation during the course of his hey-day. That's not by accident. Enormous attention has been given to detail, from refurbishing original fixtures to General Manager, Bradley Ristaino creating a good old fashioned Old Fashioned from his throwback cocktail menu. 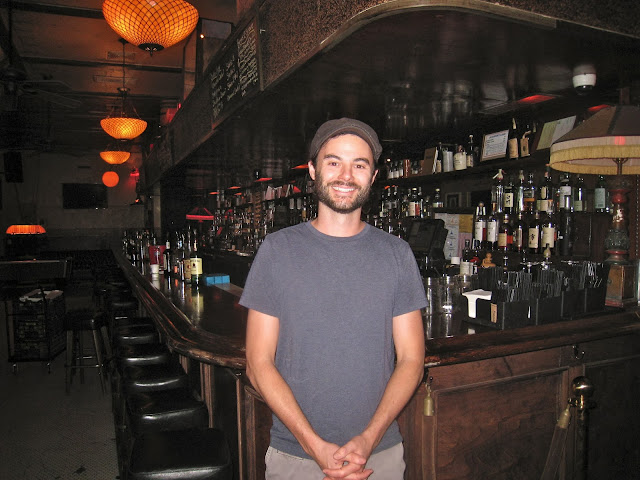 The Townhouse is Venice's oldest bar, and has quite a storied past. During Prohibition, ships used to sail in liquor from three miles out from shore where smaller boats would smuggle the barrels of hooch to underground tunnels that led to The Townhouse (or as it was known then, Menotti's, now the name of the Ryan's coffee stop next door). The tunnels must still exist, though they've long since been sealed up (It would certainly be interesting to excavate that and maybe have a Speakeasy within a Speakeasy?). Which leads us to the Del Monte Speakeasy, located in the basement of The Townhouse.
r 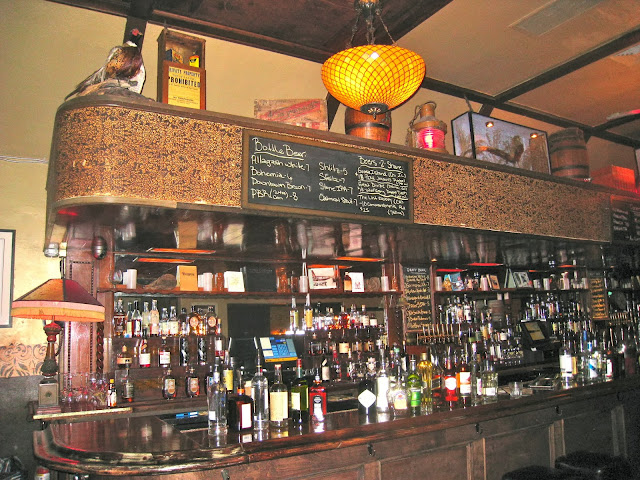 The Del Monte downstairs was closed down for three years due to legal wrangling and neighbor issues, and re-opened - beautifully - in 2010.  But like Ryan says, "I'd hate to own a Speakeasy that had never been raided." Spoken like a true bar owner, and a true Venetian. 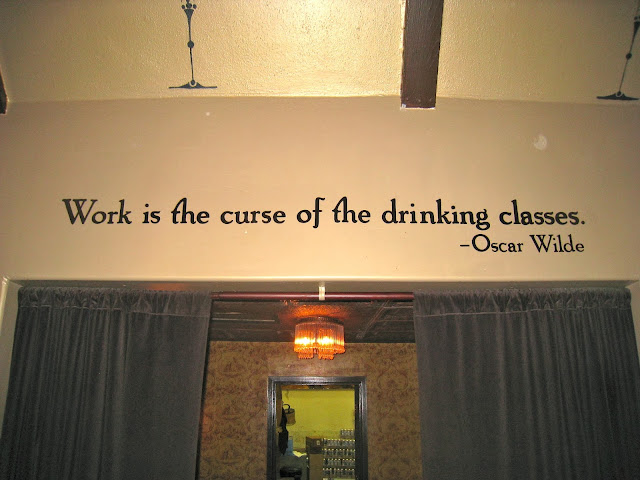 And true Venetians the Ryans are. They pored over historical records, they've done extensive research on Venice history down to the microfiche in a library level, and have created such a gorgeous homage to our town's past, while the very latest hit musical act plays for packed houses of locals and loyals. Musical acts like Feist, Raphael Saadiq, Jonwayne, Tom Freund, Ben Harper, Haim, and Austin Peralta, the late jazz musician, whose favorite place to play was The Townhouse. Mayer Hawthorne and LMFAO ("I'm Sexy And I Know It") shot videos there, and great entertainment can be found both up and downstairs most every night of the week.

This is the REAL Venice. You will see someone you know in there. The Ryans have honored the history of Venice, and are preserving it with integrity. "It's always going to be local, it's always going to be quality, there's always going to be great music, and we want all walks of life to feel welcome here," both Ryans agree. "We only want to own and operate places that we're inspired by." You can feel that inspiration the moment you walk through the front door (or maybe it's the ghosts, which are also rumored to frequent this saloon).


You can also feel the fun. Belly up to the bar and hear stories from longtime bartender/historian, George Czarnecki, who has seen it all. Sit in a booth and shoot the breeze with Louie, who Czarnecki says has "got the gift of the Blarney." Squeeze in downstairs to listen and dance to some of the freshest music of today (or on Sundays, time travel back to the Ragtime era with Brad Kay). Special events are always being dreamed up, like a party for Prohibition Repeal Day (December 5th), where they'll roast a whole pig and feature real bathtub gin in a bathtub, at 1933 prices. They're talking about closing off Windward for street dances, big St. Patrick's day shindigs, and all sorts of other cool things that really pull focus on just what excellent stewards the Ryans are of the letting the good times roll legacy of Venice. 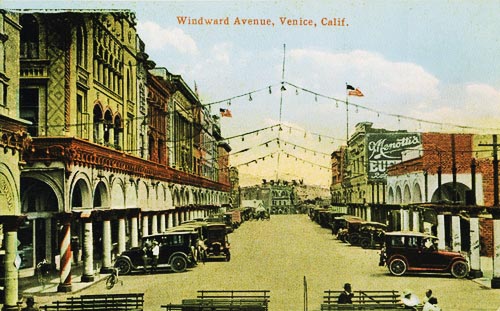 Louie summed it up by saying, "We're honored to be at the helm of such an historic, iconic institution. You'll get the best drink, best music and best atmosphere in Venice." Netty added, "We love Venice so much, and it's humbling how people are right here with us. We want to keep this in the family for generations." That kind of dedication and sense of a place is what makes - and keeps - places special.

Which is just what they say they want The Townhouse and The Del Monte Speakeasy to be about: Good friends. Good music. Good cocktails. Good TIMES. And all are welcome! Save me a seat!