Carol Tantau is Just Tantau ... And So Much More.

March 8 is International Women's Day, so I'd like to have March stories be for the ladies, and the gentlemen who love them. There is probably no one better to speak to about women and Venice than Carol Tantau. Not only has she owned and operated her shop, Just Tantau, on Abbot Kinney since 1982, but she also operates the advocacy program at Sojourn Services for Battered Women and their children in Santa Monica. 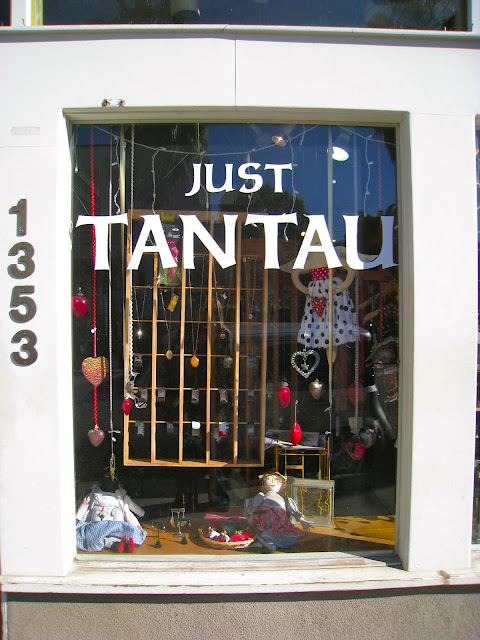 We sat down to talk in the back of Tantau's shop, as her cats, Ricky and Lucy, cruised around and walked over her bare feet, all totally at home. Tantau grew up in Northern California, and headed to Venice in 1971, like so many who found their way here, "because it seemed like a good idea."  She had her BA in music, (there is a grand piano in the middle of the shop) and was making her living as a seamstress, which led to a stint teaching quilting classes. Again, like so many who not only found their way, but MADE their way here, she often stumbled into her situations quite by accident. Like when she met her husband, Leon, who was making jewelry on the Boardwalk when she happened upon him. 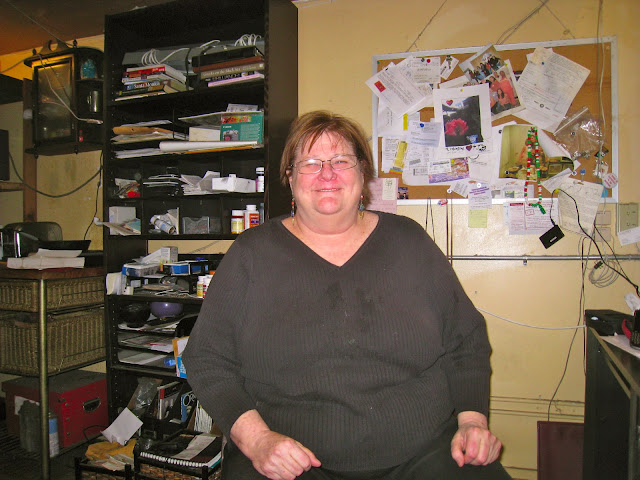 They married and lived in a little one room pad on the beach, where the jewelry manufacturing soon outgrew their place, and needed to find a space for a work shop and storefront. In 1982 there wasn't much happening on West Washington Boulevard (which you now know as Abbot Kinney) other than The Merchant Of Venice (open only for breakfast and lunch) and The Comeback Inn. That meant that they could afford the space they found at 1353, where Just Tantau still operates right now. They could afford it because then the idea was that rent was based on "fair market value" - meaning a rent that enables a business to survive. Ahhh, the good old days ...

Anyway, Carol and Leon made and sold their jewelry in the shop, never adding t-shirts and sunglasses to cater to any tourists that might have happened by, because "Why would you want to be the same as everyone else?" Another point that might be well taken today, People. 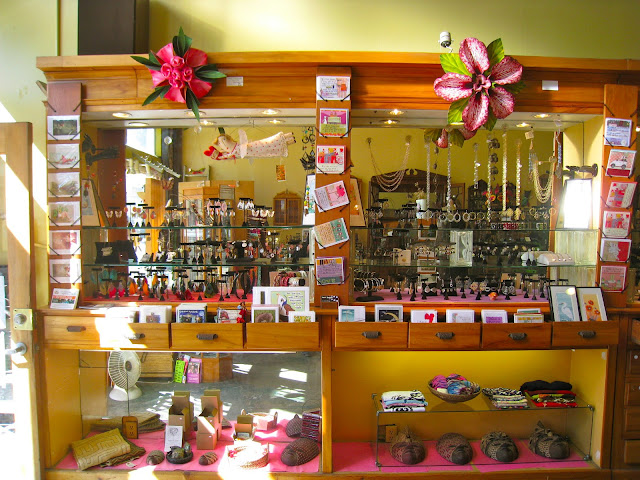 They attended trade shows all over the place and began to wholesale their wares, and began buying from other jewelry sellers to bring to their shop back home. The business grew and grew. Busy as they were, when The Merchant of Venice closed at three in the afternoon, that meant the work day was pretty well done for everyone, and they'd wrap up and enjoy the rest of Venice. They were good times. (Ok, and it was not a good neighborhood at all back then, so it may have had a little to do with safety too, as they slid the metal gates closed at 3 to be closed by dark. But still.)

Years of travel and trade shows went by smoothly, but then the manufacturing business started to tank, and so did the marriage with Leon. In 2001, they split the business and the marriage, with Carol keeping the retail store, and Leon taking over the wholesale. They remain friends today, and Just Tantau remains a crucial, ORIGINAL store on Abbot Kinney. I send people there all the time to get unique gifts like necklaces made out of old typewriter key letters, or Tantau's latest pieces made out of watch and clock parts. Timeless. 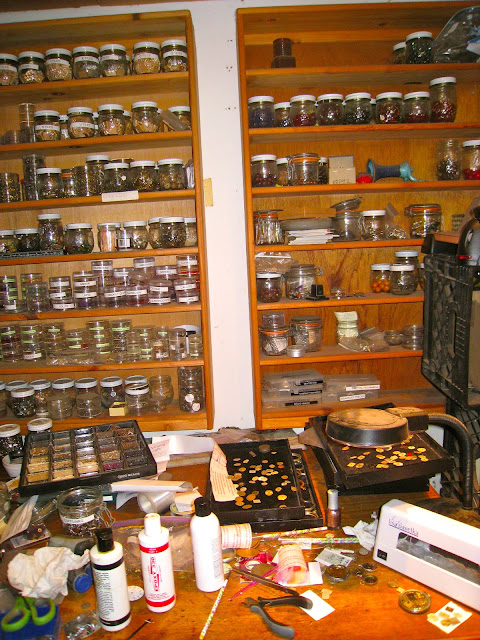 Not having to travel so much anymore, Tantau began to get more and more involved with the Venice community. She was the head of the West Washington Merchant's Association (and was instrumental in getting the street's name changed to Abbot Kinney, as well as getting the palm trees planted up and down the boulevard) and then became President of the Chamber Of Commerce.

That led to involvement in the Community Police Advisory Board, and after the O.J. Simpson verdict in 1995, it was made clear that there really was no domestic violence bridge to the LAPD. Sojourn Services (the second oldest shelter in the state) created an Emergency Response team to respond to domestic violence calls, and soon Tantau found herself not only training and becoming a volunteer, but suddenly in charge of the program! Once you know her, this is not at all surprising. As she said about herself, "I have the personality for  it." She now manages 35 volunteers, support groups, a legal clinic, court accompaniments, and acts as an advocate/liaison to the LAPD, where she recently began teaching about domestic violence at the Police Academy. Women, Carol Tantau has your back. 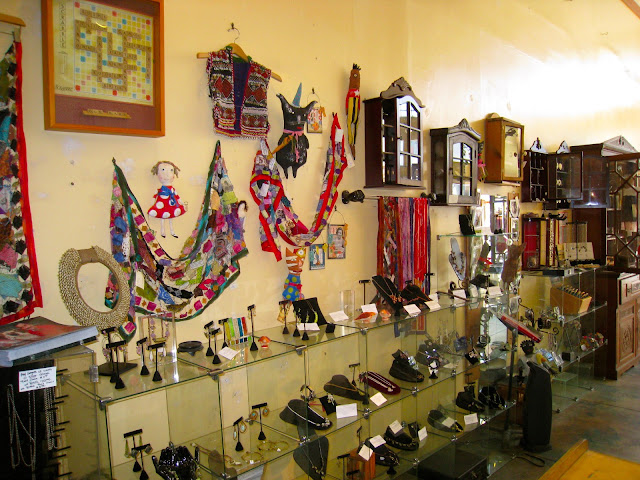 Tantau is able to do all of this important advocacy work, on top of being a small business owner on Abbot Kinney, which is a luxury she attributes to her "wonderful employees." They enable her to have the best of both worlds, and keep her perspective fresh for both. Obviously, Tantau has seen her share of change in Venice, as she has lived and worked on Abbot Kinney for over 30 years. The thing that keeps her here and that she loves the most is the diversity - endangered though it may be. 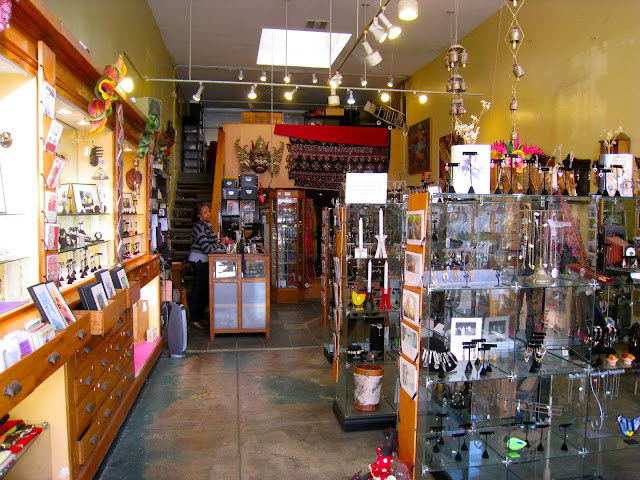 "I am in Venice by choice. This is my chosen home, I wasn't born here. There is a depth that ties me to this place ..." We share this feeling, and acknowledged the changes around here now. First Fridays and the food trucks have scared off a lot of old school regulars and neighbors from the shops because it's such a hassle, and not that fun when you don't see anyone you know anymore. 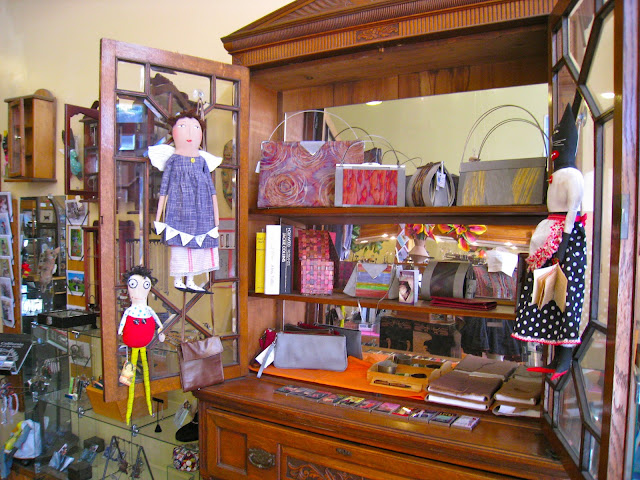 But as we were talking, Tantau made a great point. "We are still here. Real, true Venetians can still take ownership, but not if they're not here. Don't forget US." Yeah. C'mon, Venice! We can hole up and avoid the masses on Abbot Kinney, or go out there and take it back. Show THEM what Venice is about. Have OUR fun. Be nice, but don't kiss ass. Don't be all about the money, but about the sense of place. I remember hanging out once with Bunny at The Green House, and someone came in and asked if it was ok to bring in their dog. Bunny replied, "Of course, this is VENICE." Somewhere different. Somewhere special. Somewhere not like everywhere else. Somewhere with a strong history of that diversity, and somewhere that has always had our sense of fun. 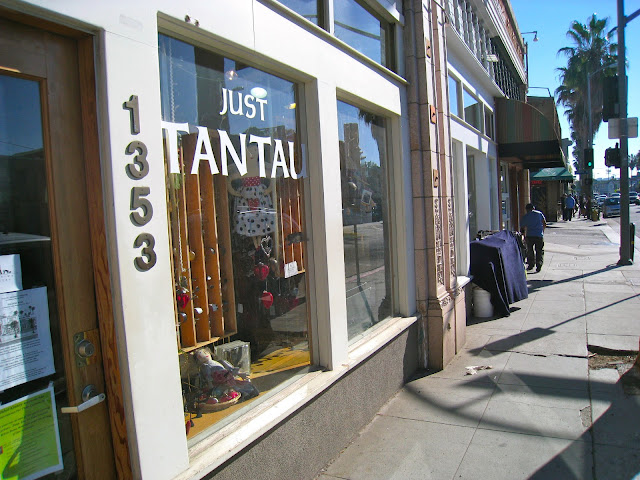 Carol Tantau has so many stories of Venice through the decades, she really needs to write a book. But she's awfully busy, so take the opportunity to stop in to Just Tantau and hear some tales for yourself. Be a regular again. Be a neighbor. Share your stories. Take ownership of YOUR chosen home.