Nicole Mournian is a complete treat of a lady, which makes complete sense, as she is the creator of some of the best treats life has to offer. Namely, Pie. She is the masterful baker at Gjelina, and she's about to hit the road to the National Pie Contest in Florida on a mission she has dubbed "Pie Fidelity."

She embarks on this adventure confidently, having won (pretty much sweeping) the KCRW Pie Contest last fall, with Best In Show, Best Savory Pie, Best Fruit Pie and Best Crust ribbons all going home with Mournian. Now, I'm a pie maker myself, so I can rest you assured that Mournian's creations are the absolute top of the heap. Like, I'm intimidated. But mostly inspired. 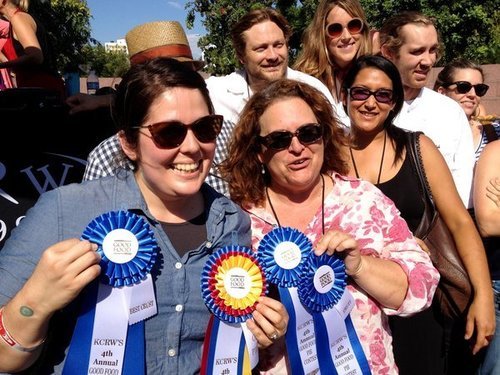 Especially when she makes it all so fun. The trip to the National Pie Contest will be about winning (Mournian claims to be very competitive, but I've only ever seen pure sweetness) the whole thing, for sure, but it's also about the journey. She and co-worker/filmmaker, Casey O'Brien, will be road tripping all along the "Southern Pie Belt", interviewing and making pies with down-home bakers across the country, creating an oral history documentary of real pie in America. Pie Fidelity. I'm so jealous.

Mournian's own journey began growing up in San Diego, in a family that wasn't really too big on baking (dessert was often store-bought strawberry shortcakes). She went to the San Francisco Art Institute for photography, and while shooting a bunch of food for a project, she realized that she had a better time making the food. When she graduated, all the other students received cameras for their big gift ... Mournian got a KitchenAid mixer. Clearly, others were supportive of her talents. 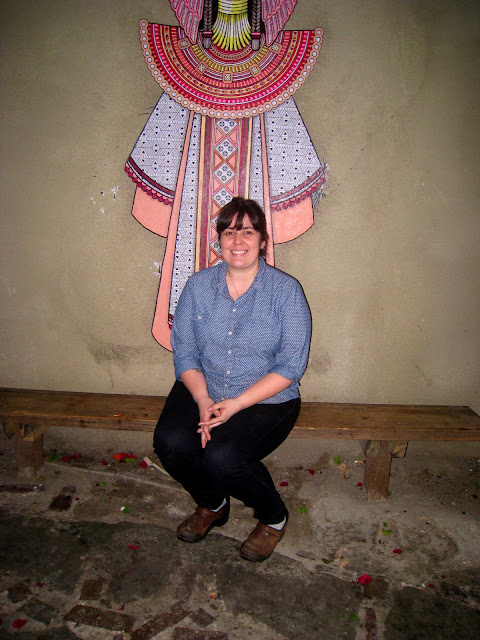 She started lying about her kitchen experience and making up references to get jobs in kitchens where she could really learn her craft. She worked at Influx in San Diego, where she learned a ton, then moved up to L.A. and worked at Fresh in Culver City, then headed over to learn coffee at Intelligentsia on Abbot Kinney here in Venice. While working at Intel, Mournian met and became friends with Travis Lett, Chef at Gjelina. He offered her a job and she moved down the street to become "General Manager & Baker" for Gjelina, where she now blows minds daily with her perfect concoctions (like the cacao/avocado mousse she gave me to try while we were chatting ... oh my GOODNESS!). 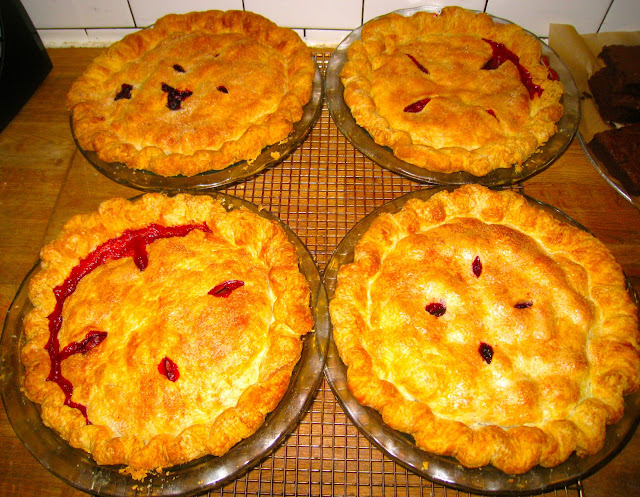 Encouraged by Lett and the team at Gjelina, Mournian entered the KCRW contest the first time, and lost. Didn't even get an honorable mention. Competitive streak kicking in, she spent the next year researching and perfecting her recipes and crust. The day of the contest last year, she got stuck in L.A. traffic and got her pies entered just three minutes to the deadline, the last person to enter. All the other entrants must be bummed that the traffic wasn't a bit worse, as Mournian's savory pie (pork belly!) and fruit pie (blueberry/blackberry) took home all the top prizes. The famous Chef judges were baffled by her crust, and were offering her jobs on the spot. Gjelina knows what they have in Mournian, however, and everyone is all the way behind her as she heads off for the big National Contest in Florida.

But we have to help her get there! Please kick in on her Kickstarter page to help fund their great pie adventure, and celebrate all the bakers that make our country so rich in tradition and deliciousness. Please go NOW (there are only 4 days left to contribute!) to Nicole's Pie Fidelity page:

... and contribute what you can to make this high in the sky apple pie hope come to fruition! I heard about the whole story on Pi Day (March 14/3.14, get it?), where Mournian was just taking the strawberry/rhubarb pies out of the oven, after getting back from judging Google's campus pie contest. There did not appear to be any real threat to the National crown over there, so we can send our Venice team off to the National contest on April 28th, feeling great about their chances.