"Happy Clothes for Happy People" read the tags on the supercool threads put out by Moods of Norway. Not only do I love that, but I love the people behind the label ... sweethearts who just want to have fun - and do - all in their charming Norwegian accents. (Fun like opening their own ski resort for Summer skiing in Norway. Floating up to rock festivals in a giant hot pink boat. Cruising town in a bright blue limo. Gold farm tractors in the middle of the shop. I love their spirit, in everything they touch. GREAT Nordmenn, all). 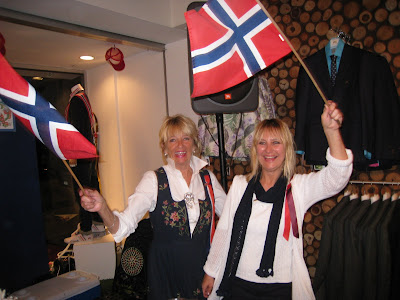 Last night was the party for Norway's National Day (Syttende Mai) celebrated each May 17, held at the MON store on Robertson in Bev Hills. It was packed, and the Fire Marshall had already cut the power due to over-capacity before we even got there, so we had a brief line wait in the chill air outside while that got sorted. Even that was fine, as we just made new friends (and saw cool ones from last year) with adorable folks who indeed, all seemed to be happy people. 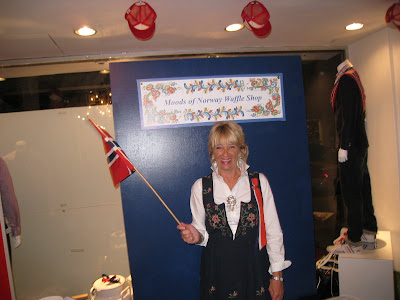 Once inside, we made a direct line to the bar, where again they were offering up champagne and waffles (with lingonberry sauce!) made by Norwegian Grandmas. It seemed as though all the natural blondes of Los Angeles (!) were squeezed inside, and many of their/our friends too. Local Norwegian students were in attendance, and I got to practice my VERY litt Norsk with some of them as I admired their face-painted Norwegian flags and embraced their sense of national pride along with them. 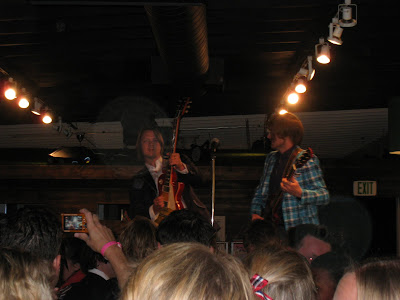 In addition to the lovely people we consorted with, the highlight for me was when one of the Moods founders (and gracious host), Stefan Dahlkvist, was joined by Aussie (and honorary Norwegian) Nick Maybury for a plugged in guitar jam of the Norwegian national anthem, "Ja Vi Elsker" (translates to "Yes, we love this country"), sung along with gusto to (or hummed) by the whole entire party. 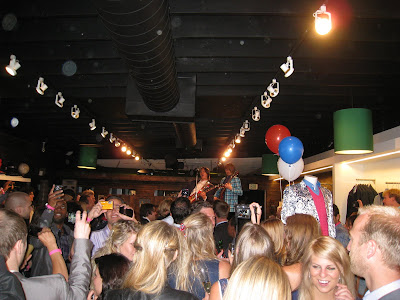 A friend of theirs (whose name escapes me right now, but he was a doll) straight outta Oslo got up next and ripped up his accordion, as Stefan said, "He has played for us at every Moods of Norway event in history!" Lucky fellow. Who ruled, in his satiny blue suit. 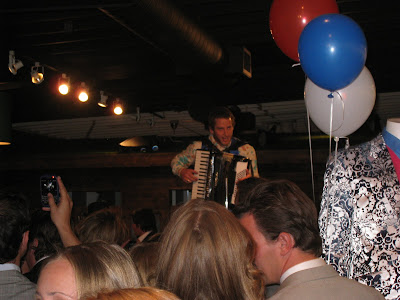 The party moved on to the Sky Bar, but we didn't make it that far, due to responsibilities early today, but my honorary Norwegian (Erinn) and I had a ball, and shout out a hearty TUSEN TAKK (!!!) to our fellow Happy People. 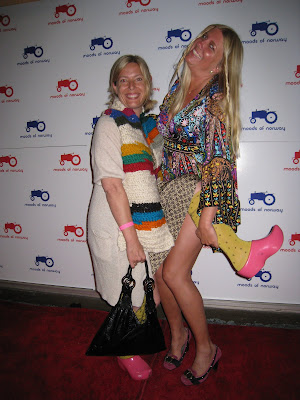 Really, check out their bright, cheerful, "superduper" duds, because they - and the people behind them - are true mood lifters. Every time. 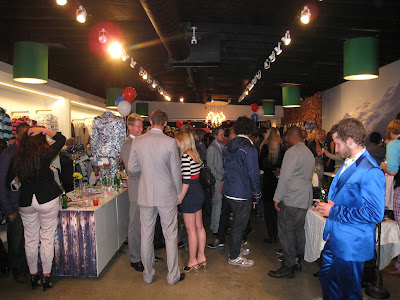