Glogg Fest 2010! It was a dark and stormy night in Venice, California on Monday, but spirits were high, and warmth was yours the minute you walked in the door. For the uninitiated, Glogg (Scandinavian mulled wine) Fest was something I started a bunch of years back (I lost track and have to look it up, but I'm not attached to numbers ... ask my former math teachers) to share my Norwegian family traditions, and get my friends all smashed together with holiday cheer before we scatter around the world for the holidays. 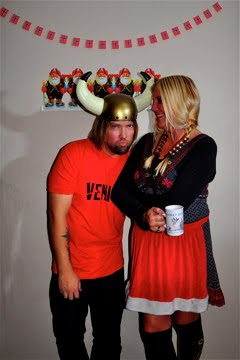 It has grown in size and legend (one friend asked me in October what day it would be this year so she could take the next day off - ha!) over the years, but the crucial elements of coziness and friendship are what I believe makes it fun, and perhaps even a holiday staple for some by now.

There was a change in venue this year to my brother, Paul's, house, as, well, I got new carpeting and it's a maroon beverage. He also has a fresh rooftop deck that was bedecked for the season with all sorts of bright lights - that unfortunately shorted out in the pouring rain. That same storm forced us all to remain inside, roof-less, but that just made it all the warmer. I thought people might blow it off as it was on a busy holiday Monday in a downpour (Glogg does not compete with other holiday jams, which is why it's not on a weekend night), but nope! Some came on bikes in rain ponchos, holding umbrellas. Some walked. Some took cabs. Some actually found parking near the beach! Even Knuckles, the funniest dog in Venice, came out for some holiday belly rubs and adoration. 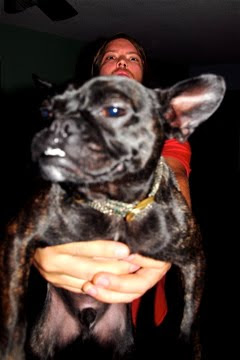 Each year, my dear friend Brigette and I bake hundreds of cookies, in a now 15 (!) year tradition. We give them away to our friends and colleagues, and then what's left become the treats for the Glogg Fest. 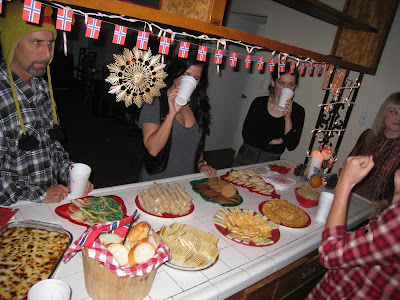 This year, the lefse (Norwegian tortilla type thing made out of mashed potatoes) for the party arrived on my doorstep from Minnesota just a couple of hours before tip-off! Very perfect. 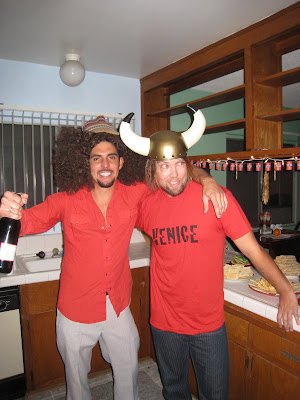 It was appropriate that we were all drinking the Viking beverage, as our beloved football Vikings were playing this night in Minnesota OUTSIDE for the first time in like 29 years, after the Metrodome collapsed under heavy snow a couple of weeks ago. They lost, but we won, each time a glass was refilled and SKOL!!! was yelled, with increasingly more gusto. Viking style. 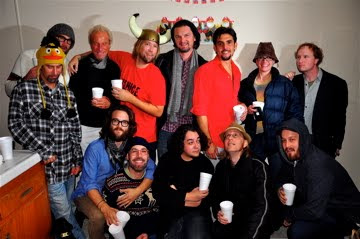 Hugs, kisses, Christmas carols on the hi-fi, holiday sweaters, cookie crumbs in beards ... all made for a warm feeling as we ultimately departed back into the dark night, (where somewhere buried in the clouds, a lunar eclipse was going down - another reason the rooftop would have been radical, alas) unless that feeling was actually a buzz ... but still. 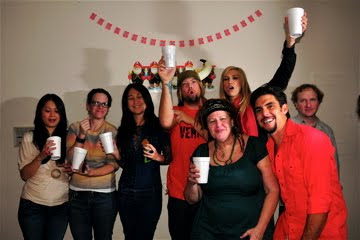 Every time I glanced around from my post ladling the steamy Christmas potion into another cup, I could only beam at the fun and revelry swirling all around me. THAT is the point after all ... not the stress, not the stuff, not that there's one poor guy working at the Venice P.O. on the busiest shipping day of the year, not telling people what you want for a gift ... it's KNOWING that you already have such unbelievable gifts in your life, and recognizing that with fierce gratitude. Every single day, but especially now. 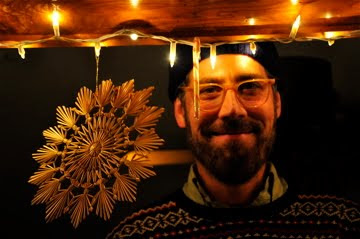 We came together to share and celebrate our warmth, laughter, friendship and love ... and wrap up another year feeling super blessed to have each other in this crazy world. 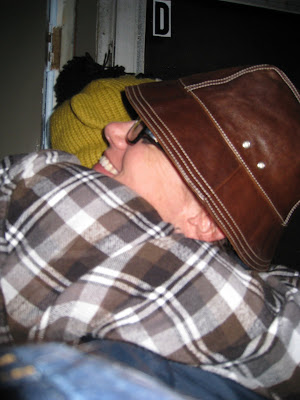