A December SUNday in Venice

Sunday (yesterday) was to be our hard core Christmas baking day, a verrrry serious annual tradition. Things began to fall apart even before I awoke on Sunday morning to find that SUMMER had actually finally arrived in Venice! It was a perfect 80 degrees and sunny out. Now I love Christmas, but I'm not a masochist. This had to be at least in part a Beach Day. The baking would have to come after the kitchen wasn't too hot to turn on the oven! 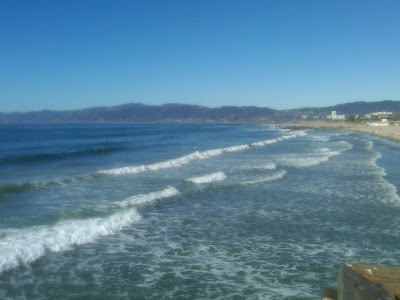 Meanwhile, in Minnesota it had snowed so much that the Metrodome caved in and the Vikings game had to be relocated to Detroit to be played today. I know this because I talked to one of my hometown BFF's while laying on the beach in my bathing suit. Surrealism. While hearing tales of my friend's kids bundled up to brave the -30 degrees to sled in Minneapolis, I watched the Venice kids sliding down the winter sand hills on those round disc sleds. While talking, it was clear that we were both a little jealous of each other. But really ... I was pretty happy to be right where I was. 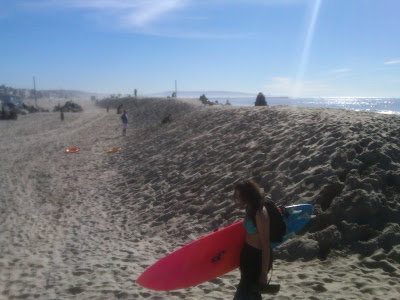 I was even more happy to be here in the evening, when we went to the cutest thing in the entire world, the Venice Canals Boat Parade. All the lovely homes were lit up for the holidays, the bridges were lit with lights and words like JOY. 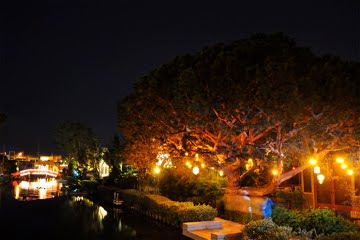 That emotion was written all over the faces of every single person we passed ... even the little kid in a Spidey costume who insisted on spraying imaginary web stuff on me for blocks. (I egged him on though. Imagination is grand). 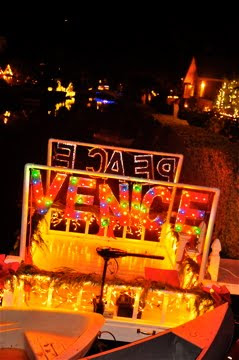 It appeared that every Canal dweller was having a big, fun party, and as we strolled past, we felt the Christmas spirit in full effect ... even though we were wearing flip-flops and the night air was balmier than it's been all year long. 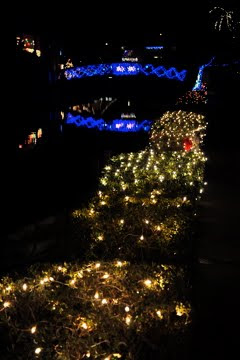 If all that didn't warm your heart, my friends texted me a number that you can call and get real live college kids to sing you a Christmas Carol for free, and for fun! 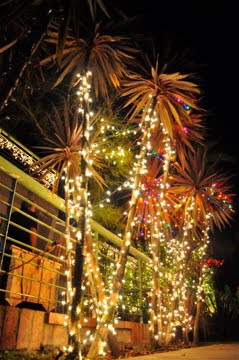 Really, call up #217.332.1882 and have a song you love in mind, and those guys will whoop it up for you right then and there. That's the thing to remember amid all the madness of the Season - and believe me, I'm feeling that part of it all - that the whole idea behind it is to come together, celebrate, and be united in the feelings of peace and goodwill. 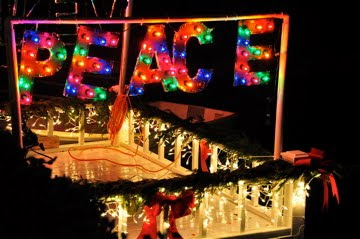 Enjoy it all, wherever you are, and whatever the weather.