We know all about Abbot Kinney's dream for an American Venice, but we also have an American Capri here. Alona Cooke's Capri Restaurant on Abbot Kinney came about in a kind of similar fashion too. After many visits to the Italian island of Capri (including a memorable 11th birthday trip), she wanted to recreate a place that shared the vibe of the Capri cafes she'd eaten and felt comfortable at, in her own town - Venice, CA. Twenty years later, Capri has catered to locals and tourists alike, and watched out its windows as Abbot Kinney Boulevard has morphed and shifted. 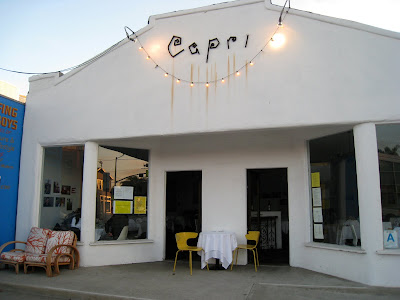 Alona grew up in West Covina, California, the daughter of parents who liked to travel - and eat - a lot. They'd go to Europe by ship, and young Alona developed a palate for good food, and a curiosity for trying new things. She was interested in architecture and design, and studied at Long Beach State, but wasn't positive about the direction she wanted her life to take. She got political, and did a lot of speaking on behalf of Women's Rights, moving to L.A. proper in the middle of it all. There she befriended a group of artists (dating Chuck Arnoldi for a bit), who encouraged her to join them in moving down to Venice, which was still real cheap and ever-funky.

The first house Alona lived in was on the canals, and she opened a little clothing shop where Cafe Collage is now, called "Chi Chi Del Rey", where all the local girls bought their bikinis and cute dresses. After that stint, she started getting freelance design work, to decorate homes and stores, but it wound up not being as fun or social as she'd imagined, and she started to think about other lines of work. That led to her being a founding owner of the West Beach Cafe (now James' Beach), because she just wanted a good cup of coffee, she says, and the West Beach was the first place to have a legitimate espresso machine. She and the other owner parted ways after a while, and Alona began thinking about a place of her own. 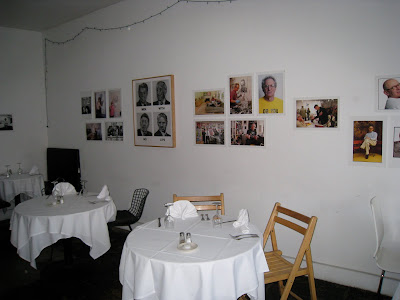 While traveling around Italy to look at furniture and things for design clients, Alona kept thinking about all the great little cafes on Capri, and how she'd find one she loved, and would keep eating there night after night, because it was just how she liked it. Relaxed, no scene, good Italian food, good wine, and cool people for regulars. That was it. "I just do it", says Alona, "I have a vision and I make it happen."

Yes, she did. She found the little place on Abbot Kinney that Capri still resides at (1616), and knew she would call it Capri, as "There's just something very special and magical about that place". The size of it was little, like Capri, and it just fit. Since 1989, Capri has been serving great food (honestly, every bite I've ever had there has been delicious) to the locals, and tourists love it because they can always get a table, a good meal with delicious wine, warm hospitality, and Venice flavor all at once.

I sat down to chat with Alona last week, and right off the bat, she gave me an education via a demonstration about how the different size and shape (both matter) of the glasses she poured our wine into, made a drastic difference as to bouquet, flavor and feel. Even subtle differences in shape were uncanny, and I humbly apologize to any people I waited on in college who I thought were bitchy for being super particular about the glass their wine came in (though it was a glass tumbler kind of joint).

Alona's didactic flow continues, with seminar brunches from a James Beard Award winning cookbook author here, and a wine tasting from a California vintner there, with something interesting to glean every time. Capri hosts special events all the time, like closing down last year to host our dear friend, Erinn and Tim's, wedding ceremony right there in the dining room. Special, special memories have gone down in this room, and you sense that every time you clink a glass. 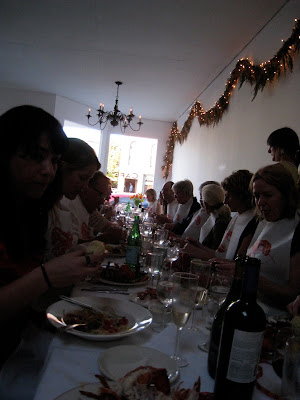 As far as local flavor goes, right now Alan Shaffer's Neighborhood Numbnuts photo exhibition is up on the Capri walls, featuring photos of and works by the guys around the neighborhood named Moses, Conal, Edge, Dill, and Bell. This again, education, in local art is up until August 28th, when it will soon thereafter be replaced by a show of surf art ... just in time for Summer, if it ever arrives. 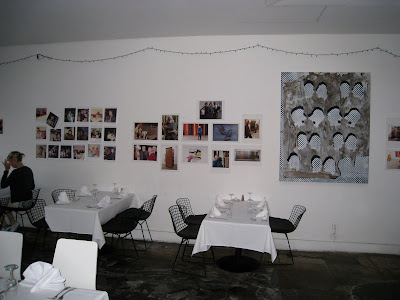 Alona has been feeding food, drink, stories, and fun to Abbot Kinney denizens all along, as fancier, newer restaurants open and close all up and down the street. Capri is a place that just feels like it's always been there, so you can forget about it as a dining option with all the hoopla going on around it. Being that place that feels like it's always been there isn't easy, and I'm so glad that I got to dig a little deeper into the story behind what is a true neighborhood landmark. I also got to dig a little deeper into some delectable swordfish with light fluffy mashed potatoes and crisp zucchini, with my gorgeous red wine (in the perfect glass for it). 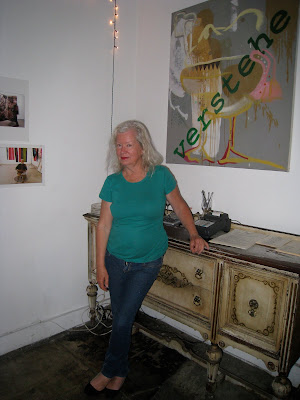 The people of Venice amble by outside, there is no rush to turn you out of your table, and everything just feels comfortable, cozy and, best of all, easy. This is real, old school, artist Venice, and Alona invites you to "C'mon down!" anytime ... because "You gotta get up to get down". Exactly.