Today we all celebrate Juneteenth, the end of slavery in the United States! Well, not the real end, because it took two and a half years for the news to get to the entire country finally on June 19, 1865. And also not the real end, because Black Lives in America often still feel enslaved because of the awful treatment they continue to be subjected to - and that will no longer be tolerated in this nation. 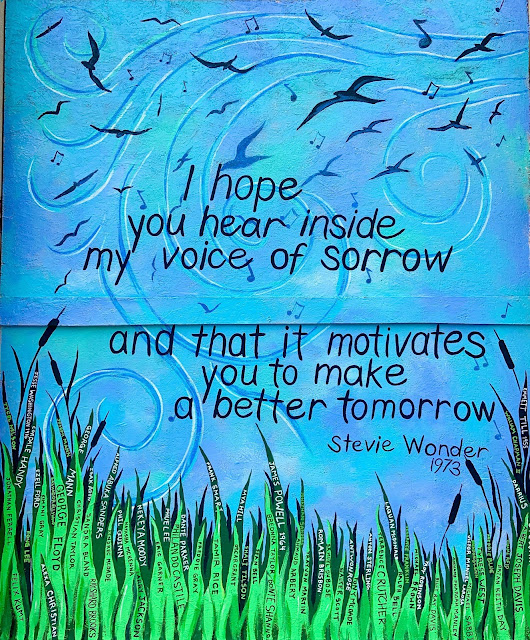 In the weeks since the murder of George Floyd at the hands of brutal Minneapolis Police Officers (don't you wish the news would call that like it is? Instead of "when George Floyd died in police custody", or however else they try to lighten it up with), there have been actions in support of Black Lives every day, and they will continue until the police brutality stops (which they just can't seem to bring themselves to do - STILL), and there is justice and equality for ALL citizens. They just will. And should. 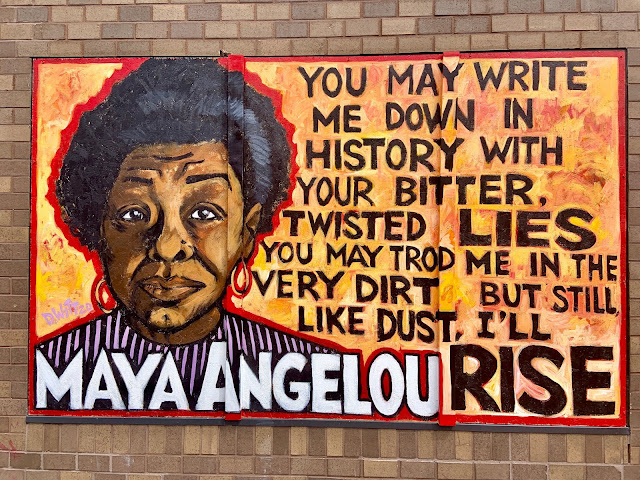 In addition to the marching and protesting that we simply can't let up on, it has also been a time for reflection and learning. There are so many resources available on how to be an Anti-Racist, that there really is no excuse not to. 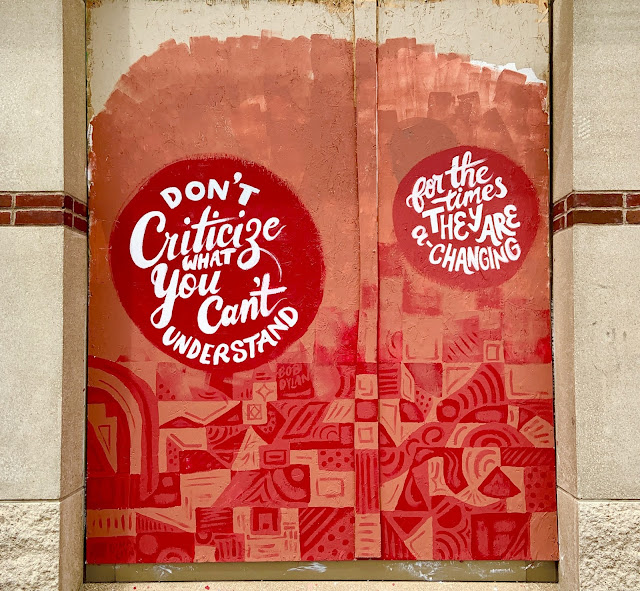 There are several great films that I have watched in the last couple of weeks that really give insight as to what our Black brothers and sisters have been - and ARE - dealing with forever, and as to what absolutely must change. Start with 13th on Netflix. 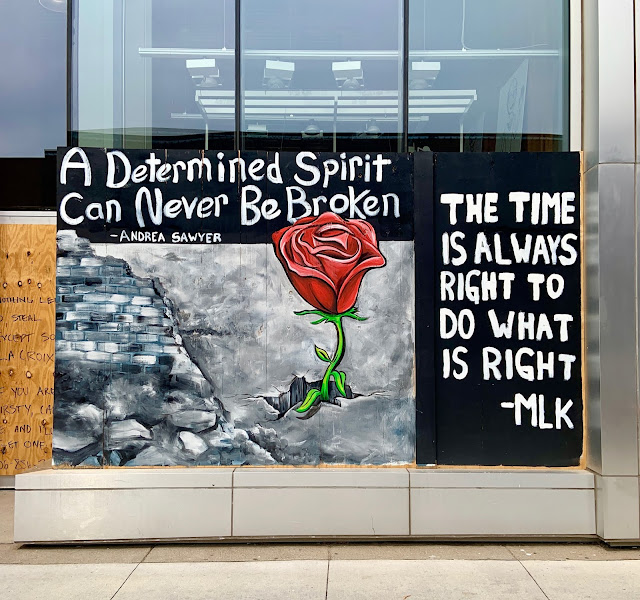 After that MUST watch, watch Blindspotting. A harrowing story of what it feels like to be a Black man just going about the business of his own life, and being terrified about being killed by Police every single day. It's so tense, and I felt sick to my stomach that my friends have had to feel like this their entire lives. We all have to work together to bring them the relief that they are FREE and can live like they are. 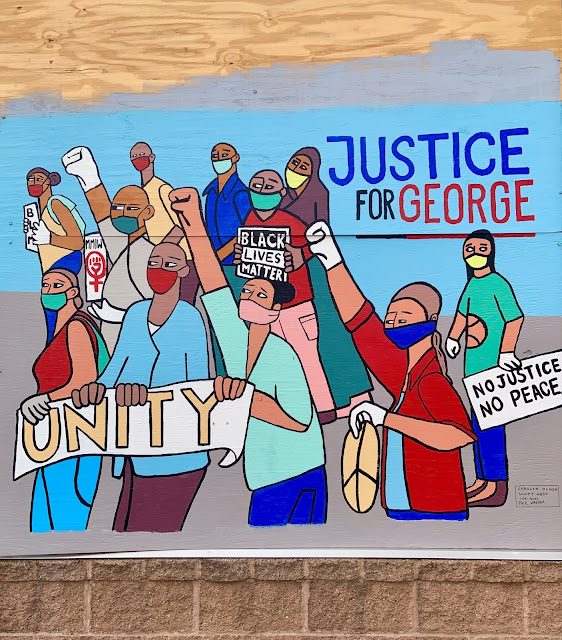 I watched Seberg on Amazon last night, about the actress Jean Seberg, who became a star of the French New Wave, but was a country girl from Iowa who strongly supported The Black Panthers - and had her life completely ruined as punishment by our garbage government for doing so. I really identified with her, because I'm very outspoken about my feelings about the overt racism in this country - and just got out of Twitter Jail for it (as Trump is allowed to spew his hate and disinformation freely - disgusting). That won't deter me - nothing will. And Jean was the same way. Please give it a watch as you look for inspiration on how to be an ally. 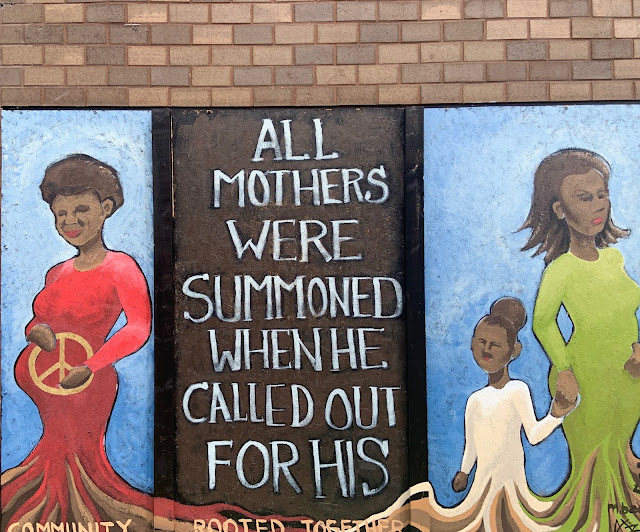 Spike Lee's new joint Da 5 Bloods on Netflix isn't nearly a perfect film, but it does shed some light on what it was like to be a Black soldier in Vietnam, and how the U.S. Armed Forces put them on the front lines to die first, as they were considered expendable. Man, we sure have a lot of work to do to make up to our Black and Brown citizens for the horrors this country has put them through, even as they have fought to protect it. Shameful, and a permanent scar on our nation's face. 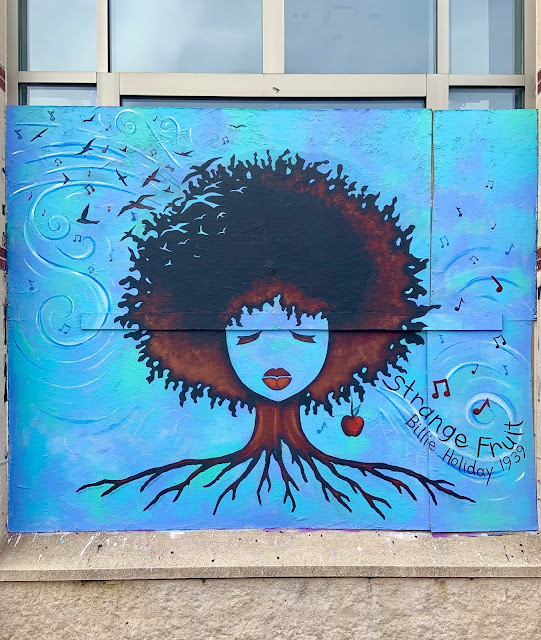 I'm halfway through reading Washington Black by Esi Edugyan, a beautifully written story about a young slave boy and the adventures of his life. Slavery is so disgusting, and when you read about the daily horrors inflicted on these people, you wonder how in the world they could ever even begin to forgive this country ... so the very least we can do - THE VERY LEAST - is to put an end to them being murdered by Police in our modern world. Like, it's just beyond shocking to me that it STILL happens - but then it isn't either. 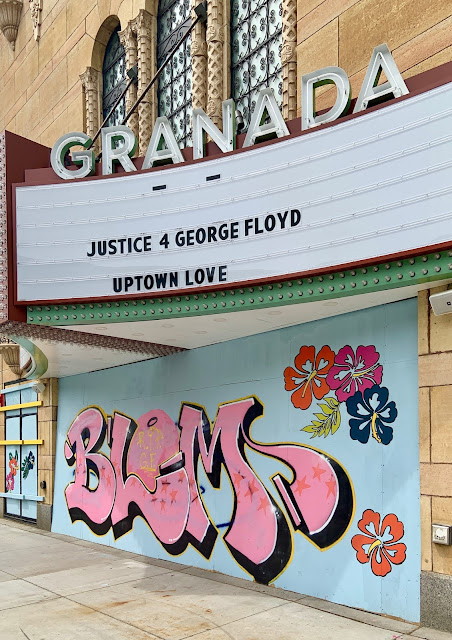 We've clearly got so much work cut out for us, as reading any comment section on any post about this topic clearly shows. Some people - usually with a MAGA type profile picture - are so backwards thinking and so uneducated about life in 2020 that you almost want to give up on them - but we can't. We need them to STOP IT TOO. The daily videos of privileged white people still trying to oppress Black lives are so sad and embarrassing ... but I have to believe they're still acting out because they know their days are numbered and their pathetic little outbursts are the last gasps of a dying breed. They have to be. 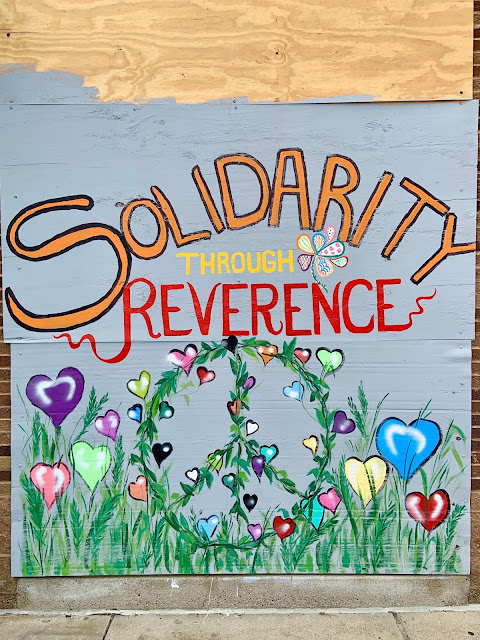 And we ALL have to be advocates. Gone are the days when someone would say something on the edge of being racist and everyone just kind of moves on. That shit needs to be called out WHEN it happens, and made clear that YOU won't put up with it. Consider this fair warning that if anything like that is uttered in my presence, you will be made to feel like the gross dumbass you are. And you won't soon forget it. If that means I get less invites from people that like to be racist, cool with me. Bye. 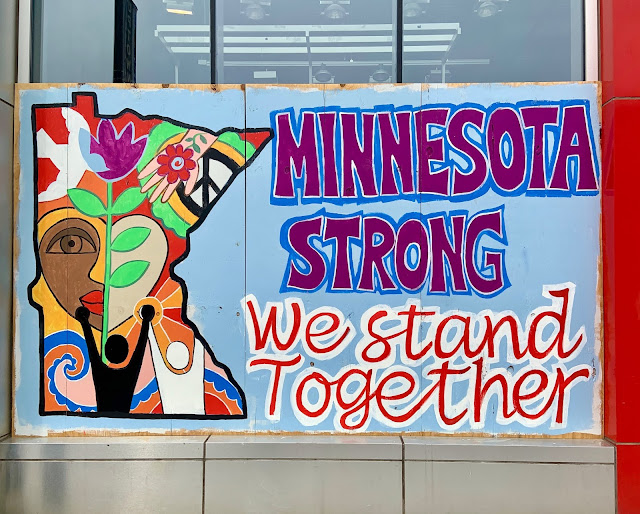 I'm going to celebrate every Juneteenth with music by Black artists, viewing entertainment by Black artists, cooking from Black restaurants, and supporting all Black businesses. Today I went to the Calhoun Square (Bde Maka Ska Square?) in Uptown Minneapolis to see all of the murals that have gone up there since the murder of George Floyd by brutal Minneapolis Police Officers (maybe if we say it enough it will sink in). They are wonderful - and it would be great if they could be permanent. 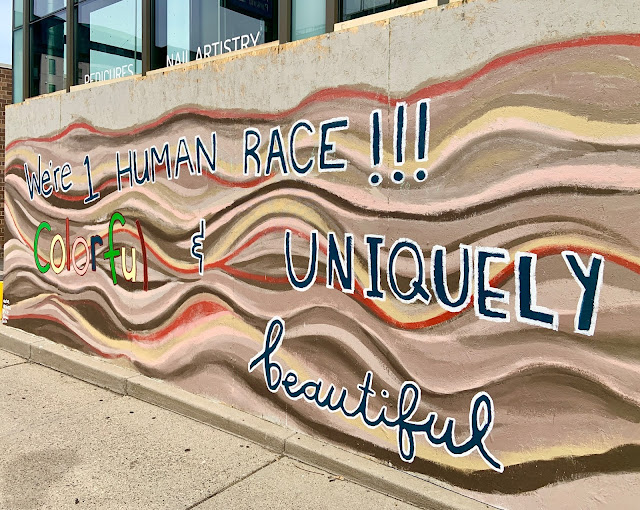 In the three and a half weeks since George Floyd's murder at the hands of the murdering MPD, I have felt a unity in this city - and in this WORLD - that I've never felt before. Sane and compassionate people of all races and styles have all come together to insist that Justice is served for all Black Lives, and to insist that the days of ALL being treated EQUALLY is HERE. It's HERE. We're living it in real time, and it's something spectacular to behold. 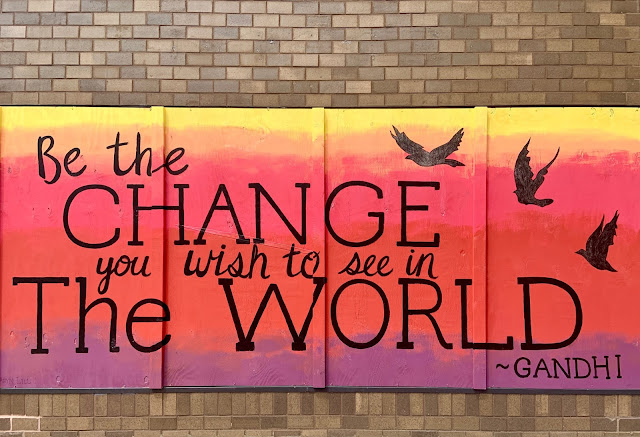 We must not let up. We must not give in. We must stay united. And we must live with LOVE - for ALL. C'mon, Everybody! Once things are great for everyone, they really WILL be great. But not until then. To KNOW Justice -  is to KNOW Peace. 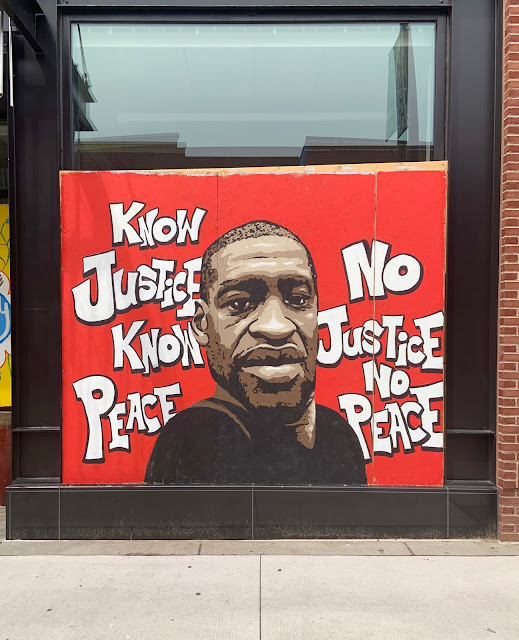 Please, as a way to celebrate and honor Black Lives, PLEASE remember to LOVE, not HATE (as my friend's daughter, Lucy, painted here!)  Just start there. With empathy. 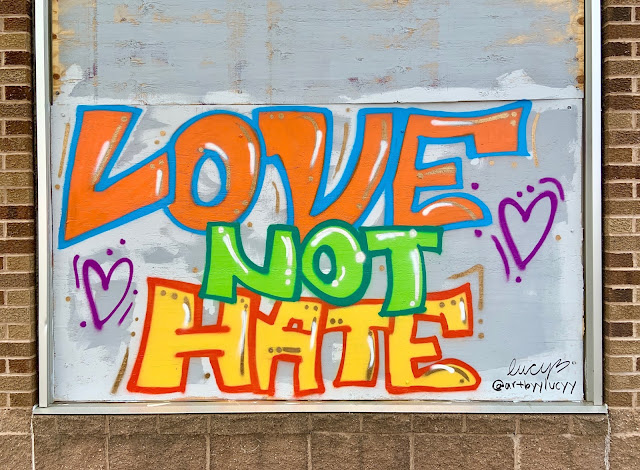