I love working on projects with Pat McGee Pictures, because I know it's going to be a job that I can feel proud of being a part of, and that it matters to the world at large - the very best kind of work to have. We've worked together on Dopesick Nation, a series for Viceland about the opioid epidemic. It was one of the darkest, hardest subjects I've ever delved into, but it was important to help the nation understand what a gigantic and sad epidemic opioids have become. Then we did The Deported, about the immigration crisis, where I had to convince ICE to let us go around with them on a ride-along - heavy, awful stuff ... but again very important to understanding that issue that affects everyone in this country. Our third project working together airs tonight on Vice (as part of their new Vice Versa series), and might be the most important one yet. Bernie Blackout will take you along on the 2020 Presidential campaign of Senator Bernie Sanders - and show you how complicit the Mainstream Media is in cheating this American treasure out of a nomination - AGAIN. This one is SUPER important to understanding just how corrupt and outrageous our elections really are ... with the hope that we can do something about it. Knowledge is power. 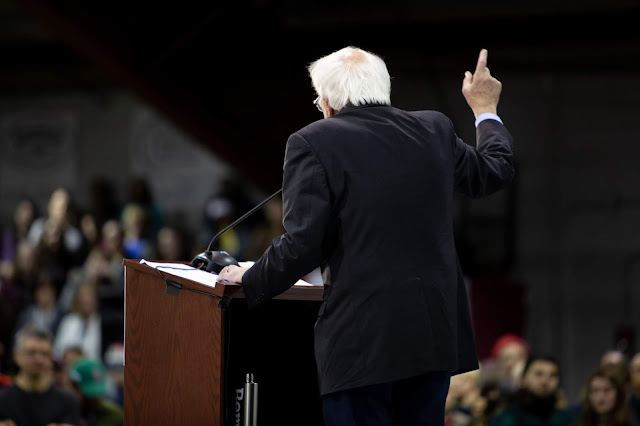 The call to work on this gig came at the beginning of March, just as the United States was beginning to shut down over the Covid-19 virus. We very quickly had to pivot from the plan to interview our subjects in person in New York, D.C., and California to the shift of doing all interviews via Zoom. That quickly had to pivot to Skype, as there were so many people and businesses using Zoom overnight, that our connections were garbage if the idea was to use the video interviews in a feature documentary for broadcast. There was a lot of frustration and late nights as producers met from all over the country on the phone and online to try to get this done by our deadline for the air date. 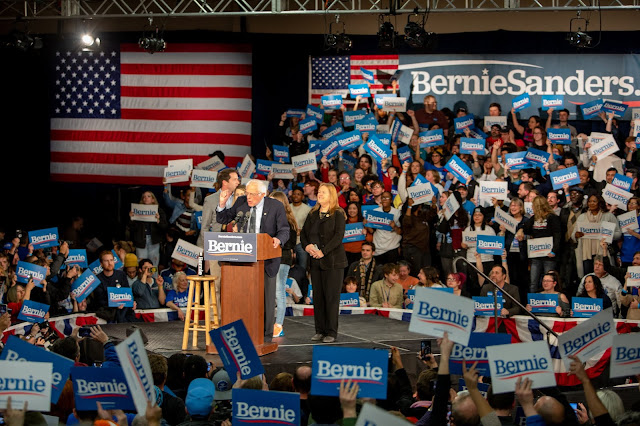 Emails flew all day and night every day, trying to land interviews with the independent journalists and leaders that were telling the REAL story about the Sanders campaign, and were as outraged as we were at the absolute 180 by the Mainstream Media that happened when they began to realize Sanders could run away with this whole thing - WOULD run away with the whole thing - and their corporate bosses just couldn't let that happen. News pieces began to treat the campaign as a joke, with obvious talking points shifting to that outlook overnight. I began to have a hard time booking people for interviews, like my old pal Boots Riley, (who Tweeted about this exact subject so much, and came out in support of Sanders, endorsing a Presidential candidate for the first time in his life!) and Dr. Cornel West, as they didn't want to have something they said be perceived in a way that could affect the outcome of the election ... everything was very walking on eggshells. 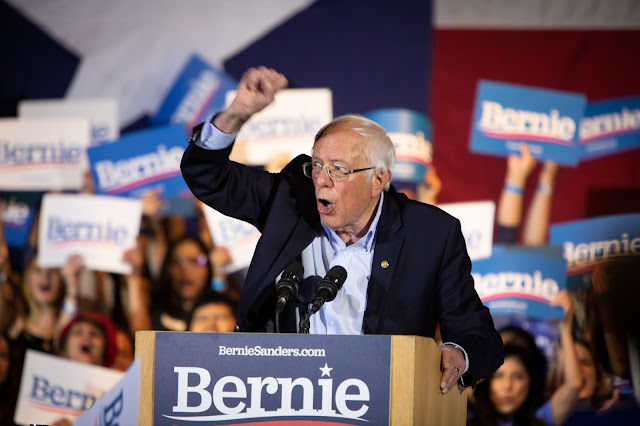 THEN Sanders suspended his campaign - in the middle of all of this! Unbelievable. The media had won, and had truly pressured out the best chance we've had at peace in this nation in a very long time. I'm still seething mad about it, as I've been a Sanders supporter forever, and very much believe in the veracity, inspiration, and possibilities that would benefit us all under a Sanders Presidency. But nope. The 1% wasn't having it. We started hearing more about general strikes brewing (Great! Do it!), and about a real case of sexual harassment brought against Joe Biden - the presumptive Democratic nominee only be default - certainly not by any kind of winning campaign strategies. Though Sanders had been cheated out of the nomination AGAIN by the DNC and the Mainstream Media (and must have felt so despondent and mistreated!), he continued to lead on the subject of healthcare (more vital than ever now!), and shifted his campaign donations to be used for Covid-19 relief. A real mensch. 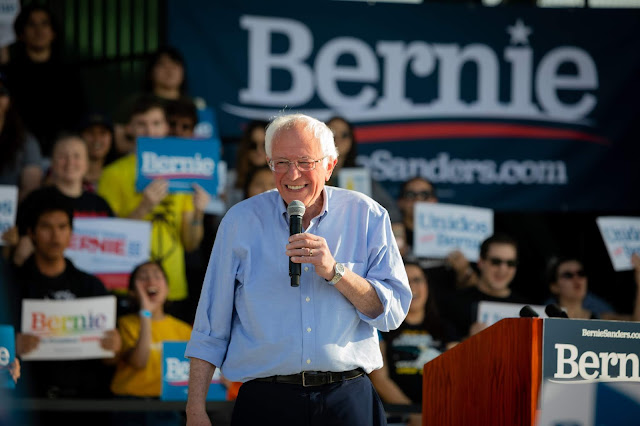 Bernie Blackout was meant to air on April 23rd, the night before the New York primary. Sanders dropping out, and then the postponement of the New York primary to June 23rd pushed the air date to TONIGHT, May 13th, at 8:00 pm on Vice. This gave us a little more time to get the interviews we wanted, and the opportunity to address the suspension of the campaign in real time. America is supposed to be a Democracy, and this documentary will hopefully enrage you and inspire you enough to care about that basic tenet of our country being crushed - and to get up, stand up to do something about it. We cannot let the Mainstream Media dictate who our leaders are, who we should believe, what to do during a global pandemic, or anything really. They are there to bring us the unbiased news, end of story. Only it never is, and tonight we hope you will join us both in our collective outrage at the Media, and in our collective, heartfelt THANKS to Bernie Sanders for always being a man of We the People. Who HAVE THE POWER. Never forget that.


Thank you to Pat McGee Picture for another eye-opening, soul moving work experience, and to all the real journalists I got to meet out there doing the right thing, and fighting the power every day. We need you now more than ever. And THANK YOU BERNIE! You deserve so much more than this country has given back to you, and I humbly offer you my sincere gratitude that there are still people like you, fighting for us.

Bernie Blackout airs tonight at 8:00 pm on Vice. Please tune in, and let us know what you think!

*All photos by Gregory Taylor