I was already super homesick for L.A. yesterday morning, doing a lot of thinking about what to do about where I live, and how I can best care for my Mom. I was checking out the U.S. Pond Hockey Championships yesterday morning on Lake Nokomis, and then went home to warm up. I looked at my social medias and saw a post from Michael Franti saying "R.I.P. Kobe Bryant" ... and I just started saying "no, no, No, No. NO!", while frantically Googling to see if this horrible thought could possibly be true. And then the horror of learning that not only was it true, but that his beloved daughter Gianna (Gigi) was with him on board the doomed helicopter that took their lives, and the lives seven of their friends. That's when the tears came. Not just tears ... they were sobs. There is some small comfort that they were together in their last moments, because you could see just how much they loved each other in their faces, and I hope that gave them peace at the end. But I also think about his little ones, that will grow up to never really know their awesome Dad. I lost my Dad at four, so I know that this will affect them all of their lives. This tragedy has many ripple effects. 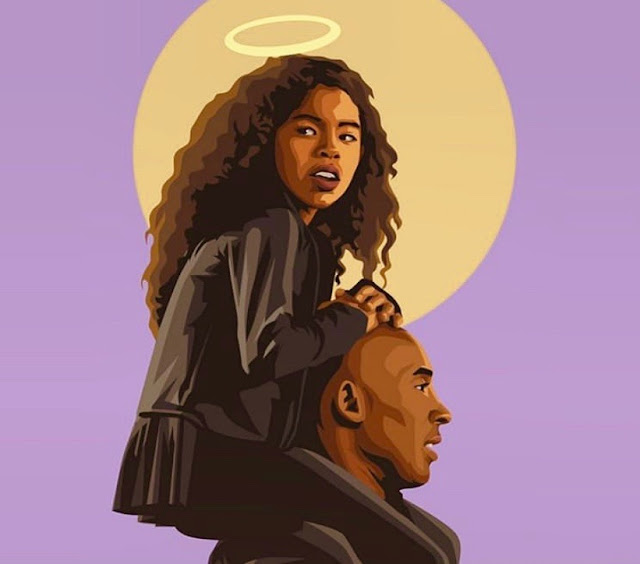 Unless you've lived in Los Angeles, there is now way you can understand how very much Kobe Bryant has meant to the city. I moved there in 1995, and Kobe began his career with the Los Angeles Lakers in 1996. I saw him play in that city for his entire career, and the joy he brought to every Angeleno - so much joy, so many times - cannot be overstated. The championships ... I think I'm still bruised from some of the hogpile hugs we would share when Kobe would once again play the hero. 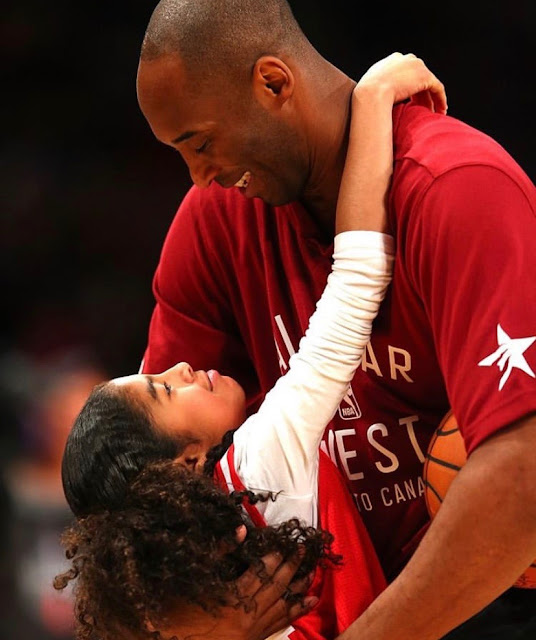 I had a boyfriend in the early years of Bryant's career that was an absolute basketball fanatic. Like, he definitely cared more about every NBA player than he ever did about me, which is sad - but true. Because of that, and like many girlfriends before me, I learned everything. I could talk stats, I knew all the nicknames and where they played college ball. I could ace any quiz you gave me ... but the Lakers were my team. I loved them always, because they came from Minneapolis, and moved West - just like me. They were my late Dad's team (and watched them play at the Minneapolis Armory). They wore the same colors as my Minnesota Vikings. And no one wore them better than Kobe - all twenty years that he was active in the NBA. Los Angeles will never be the same. 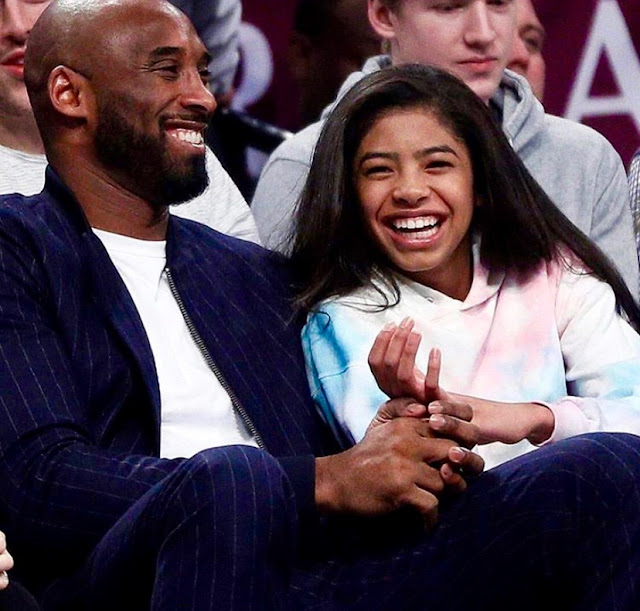 Watching the terrible news yesterday with tears streaming down my face, I have never felt a bigger yearning for L.A. I knew what it must feel like there. I knew everyone was all hyped for the Grammys - and how quickly that didn't seem to matter at all anymore in the arena that Kobe truly built. I kept thinking the words, "Thank you". Thank you to Kobe Bryant for all of the exciting, fantastic moments he brought to the city. I didn't know him personally, but I felt like I did. We all did. Even if you rooted against him, you had to respect how high he soared above everyone else. My heart keeps breaking all over again when I think about Vanessa, Natalia, Bianka, and Capri Bryant ... how devastated they are, but also how they will forever be in the arms of all of Los Angeles. As Kobe and Gianna will be forever in our hearts and memories. 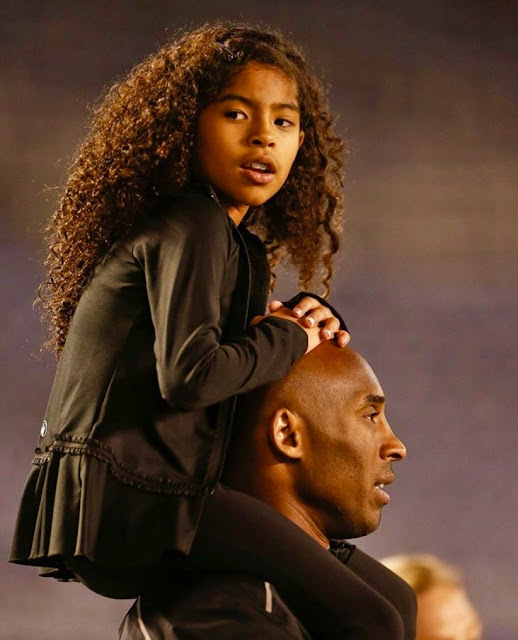 It's still hard to believe it's true ... and I wish I could take all of L.A. into my arms in a healing embrace right now. Please know that I'm thinking of, and loving you all. Rest in Peace, Kobe, Gianna, The Altobelli's, The Chesters, Coach Mauser, and Pilot Ara Zobayan. You will not be forgotten. I wish so much that I could be at tomorrow's Lakers game at Staples. I am in spirit. Hold your loved ones close - anything can happen, any day.

Once again, THANK YOU, KOBE!

*Photos are off the web, and the illustration at top is by artist Glen Infante.