Now that I've decided to embrace the Minnesota winter, the (literally) cool things to do in our most extreme season just keep popping up. If you're going to visit the Ice Castles in New Brighton, drive another mile or so and you can meet Walvis, the massive whale snow sculpture created by the Bartz Brothers of New Brighton! 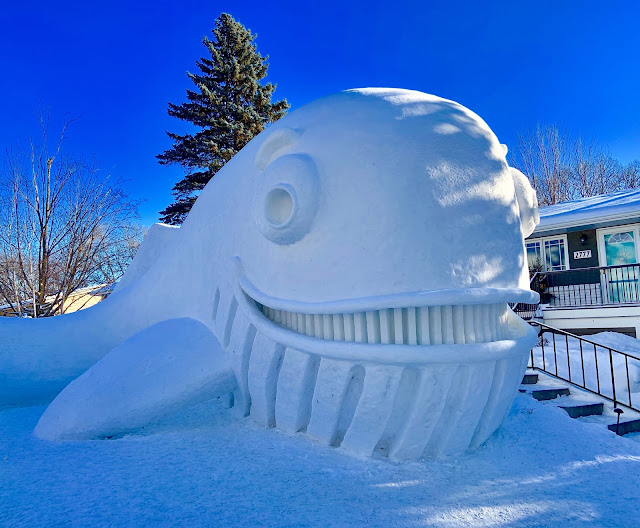 This is the 9th snow creation made by Austin, Trevor, and Connor Bartz, with help from family and friends - and the super cool neighbors that don't seem to mind the constant crowds coming to see the latest sea creature made from snow and ice right there in the Bartz front yard. 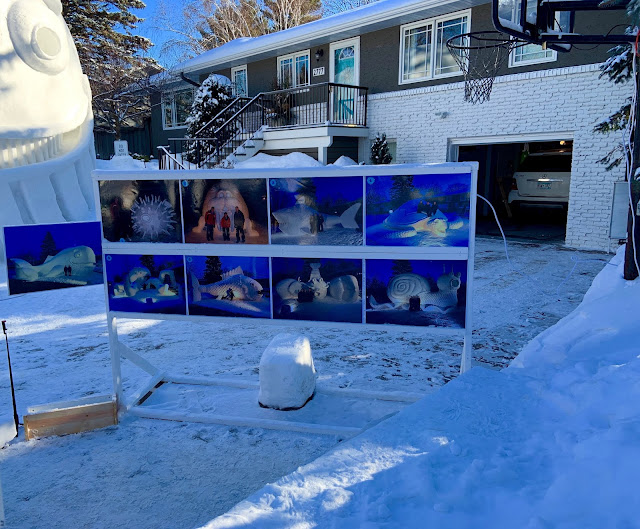 As I'm usually not here in the winter (except for Christmas), this was the first time I've been able to see a Bartz snow sculpture in person. It's really impressive, and educational too! 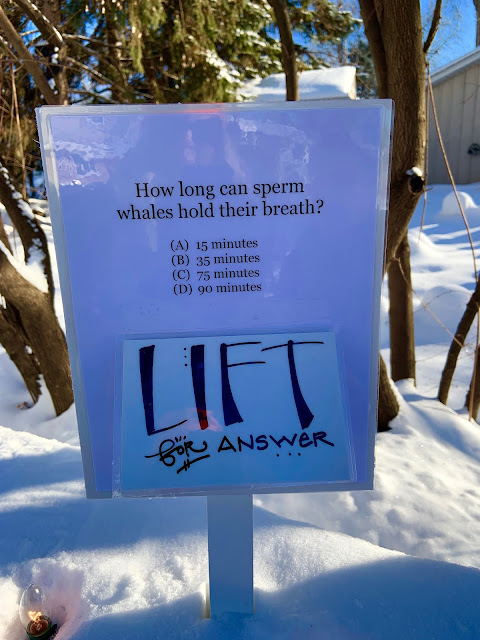 There is a little roped off area for visitors to line up to take their photo with Walvis (which means "whale" in Niger, which will benefit along with Uganda from the donations given by Minnesotans who have come to behold the ice behemoth), and along the way they have placed trivia questions about whales, so you can learn a little something too. Like, did you know whale vomit is used as an ingredient in perfumes? Yep. 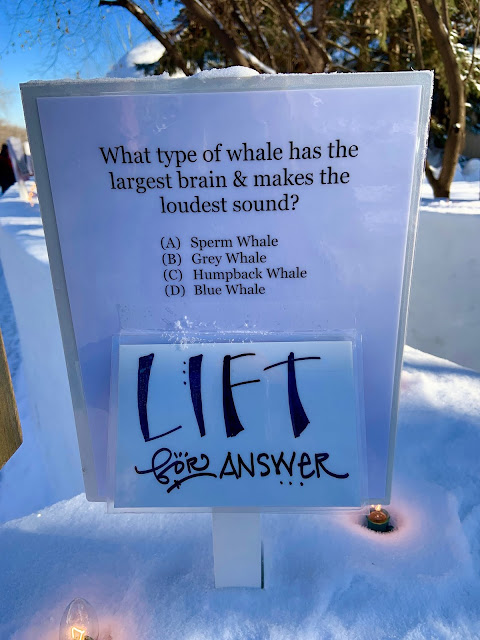 The adorable Bartz brothers just got the idea to make a sculpture one snow day in 2012, and the attraction has grown and grown in the years since. When they started to get so much attention, they decided to use their local fame in an effort to raise $50,000 to bring clean water to places around the world that don't have access to it. So not only are they super creative and talented, they're good guys (You can donate online also, and for a $25 donation, Walvis the Whale will blow steam out of his blowhole!). They even have merch for sale! 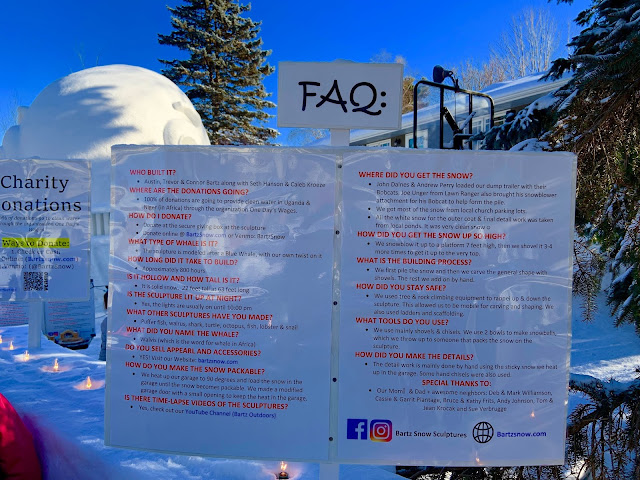 I talked to one of the bros outside their home (Austin?), and he said the city will come destroy the whale on February 4th, as it starts to look less awesome, and they have to stop the crowds from coming at some point - plus they can't really have jobs during the snow sculpture hoopla, so they have to get back to their own real lives too. 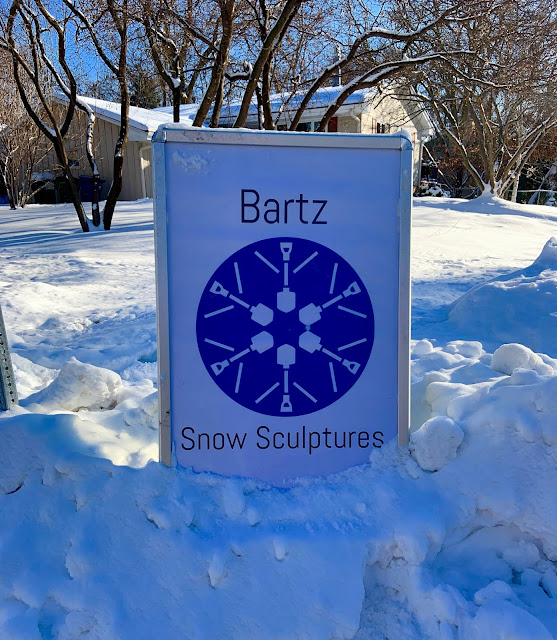 A giant snow whale is real cool, for sure, but even way way cooler to know that Walvis will melt ... and turn into real, drinkable water all the way across the globe. Walvis the Whale is Wonderful!