Now Serving At The French Market - Lily's Menu Is Back!

There's going to be a Blogtown double feature today, because there were two distinct Very Venice Valentine events last night that each deserve their own little story. First up, the absolutely fantastic news that The French Market Café is now open for dinner each Thursday - Saturday - and they're serving up our old favorites from Lily's (the neighborhood favorite French restaurant on Abbot Kinney that is now Neighbor, for those of you who may be new to the area)! 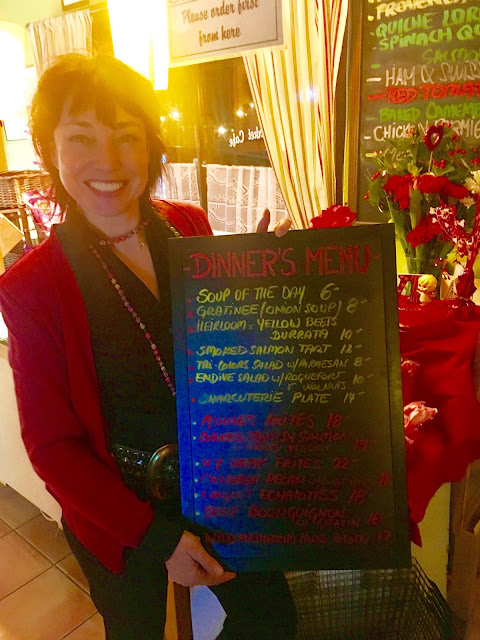 Agnes Martinez (owner of the French) and Francis Bey (former co-owner of Lily's) have teamed up to bring back the cuisine that has been SO missed by Lily's regulars like me, and last night when I finally got to order the onglet a l'echalote dish that was one of my all-time favorites. After a glass of Valentine champagne with Agnes, I tucked into my dinner, and it literally brought a mist to my eyes. A welling up of remembrance, and for people and places that are no longer here. It was as delicious as I recalled, and now I'm going to be at the French even more than I already am (next up: the moules frites!). 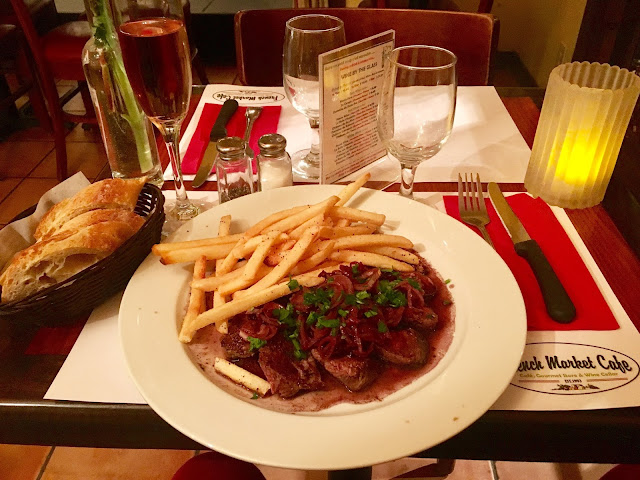 I had to go backstage when I finished, to hug and thank Francis for making my old culinary dreams come true again. He told me he was going to put a burger on the menu instead, but I had begged for the onglet for so long that he put it on the menu for me! I'm so grateful, and telling everyone to go there so I get to order this more often is the very least I can do. Please GO! 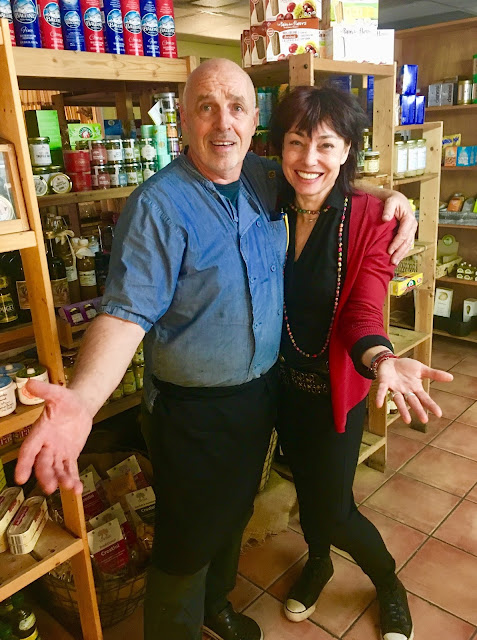 There are several other classic Lily's dishes, and desserts (creme brulée, tarte tatin) to go along with them. A bonus to the French being open at night is that we can finally drink all of their wine from their cellar with dinner! These are exciting times. I couldn't stay and hang out as long as I would have liked, as I had to skedaddle over to Beyond Baroque to catch the album release show for my dear pals, Suzy Williams and Michael Jost (the next story in the queue), but I was so very pleased to be able to attend the opening night of dinner service at my beloved French Market!

So ... the next time you're talking about where to go for dinner (on a Thursday, Friday or Saturday, for now), hit the French (free parking!), sit outside, sip some wine, eat some Lily's food, and tell them "Carole" sent you!