When I was home a few weeks ago, I had asked my Mom what places and things she had yet to see or do in life that she really wanted to. She mentioned seeing the giant trees in California, which I had yet to see myself, so for her birthday yesterday, we had her come out from Minnesota, jump in the car, and speed up to see the biggest trees in the world in Sequoia National Park for the weekend. And I'm SO glad we did! 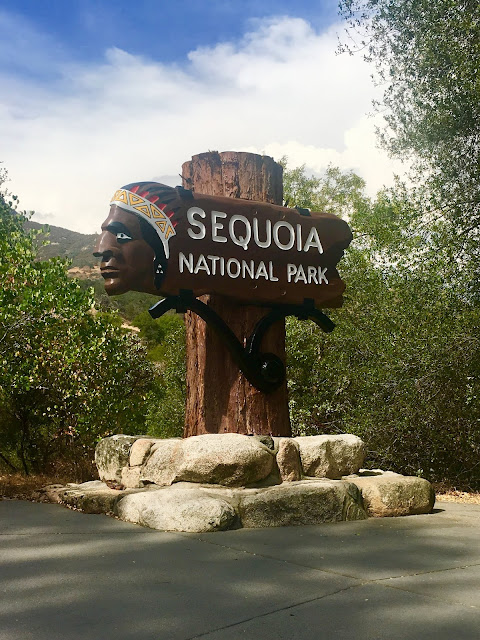 Before we left on Saturday morning, Mom and I went to see Won't You Be My Neighbor? on Friday night. I mention this because you HAVE to see it. Mr. Rogers was a true American treasure - on a level with Generals Sherman and Grant that we were about to meet in the National Park. We cried our eyes out throughout the film, and silently vowed to try to be more like Fred Rogers. Seriously, no one left when the movie ended ... everyone just sat there in the quiet, trying to gather themselves before leaving the theater. All you heard were sniffles, and then the laughter that comes with an entire group of strangers being equally moved. A gem of a film that should be required American viewing - especially in these times. Please go. A quick sleep, and we were off to the forest the next morning!

Sequoia and Kings Canyon are really not that far away, and a few hours (like 3 1/2) from Venice, we were deep in the most gorgeous nature setting ever. I've been to Yosemite, which is the marquee California park, but these two are just as beautiful AND have these towering trees that honestly made me emotional to behold. We met General Sherman first, and he is the biggest tree in the world. I was super into it ... and not surprisingly - super moved. Pure, breathtaking majesty. It was so cool to see people from all over the globe all excited to see trees. Folks took turns taking photos of families, and kindness and politeness were the norm, as citizens of the world who still care about nature, and take time out of their lives to make these pilgrimages. 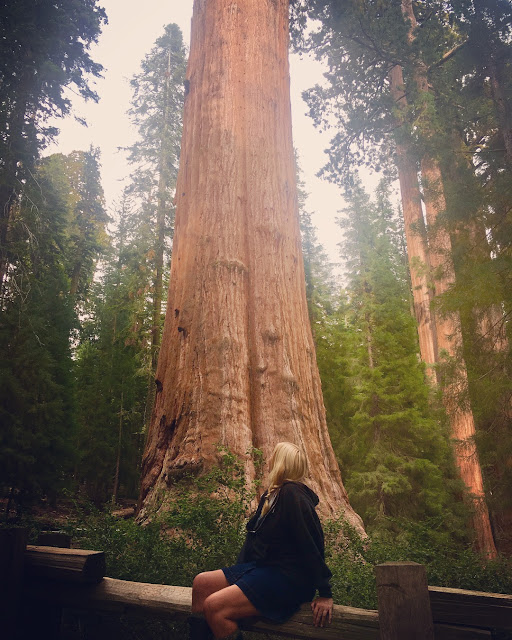 I choked up when I read the quote I opened this story with from John Muir, the famous naturalist who many places in these parks are named for. "This grand show is eternal." There has been talk under this current and awful Administration that these parks could be drilled in, or sold to corporate interests, or whatever nefarious things they've got up their sleeves. This. Must. Not. Happen. There is such a sense of relief when you leave the cities and enter these sacred, pristine lands ... that places like this still - and MUST - exist.  I mean, we saw a golden bear and her cub right from the road (with a far away, blurry photo- for obvious reasons)! And multiple deer! And and and! We HAVE to fight to protect them, no matter what. THIS is the best of America. 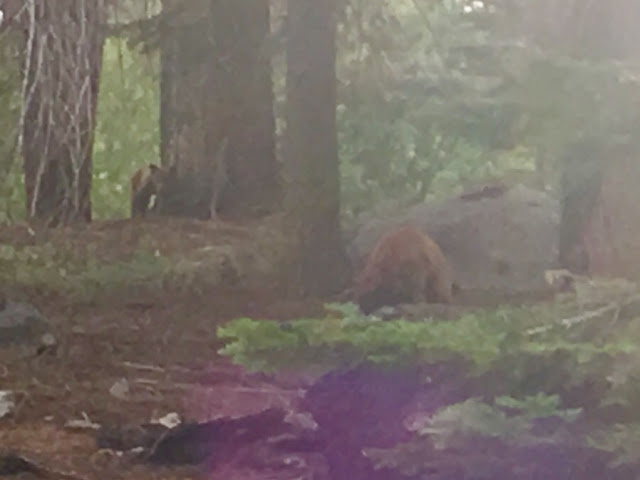 Mom thought so too. We had this road trip idea for her birthday, but her children got just as much out of it, believe me. I was gasping and yelling and running around taking photos the whole time, and I felt like I was in nature's church the entire weekend - beaming. Tourists, and proud of it. 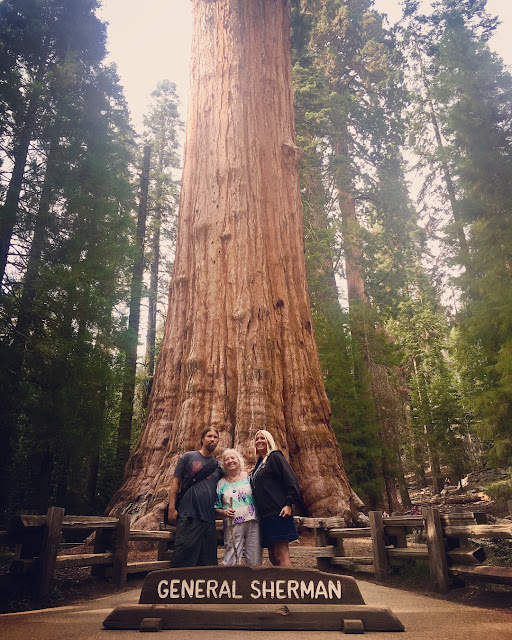 The last minute plan meant we had no reservations to stay anywhere, but that's often how I roll, knowing that things will work out somehow. And they did. After a long day of driving and sight-seeing, we needed a hot meal and a bed, and we lucked out, pulling over to Gena's Sierra Inn right outside of the parks in Dunlap. The restaurant had a motel attached, with a vacancy! Bam. We ate, we drank, and we sat outside on the patio under the stars, as my brother Paul borrowed a guitar and played for Mom. It was excellent, and positioned us perfectly to wake up, have a great breakfast right there, and then head back into the parks to see General Grant and then King's Canyon. 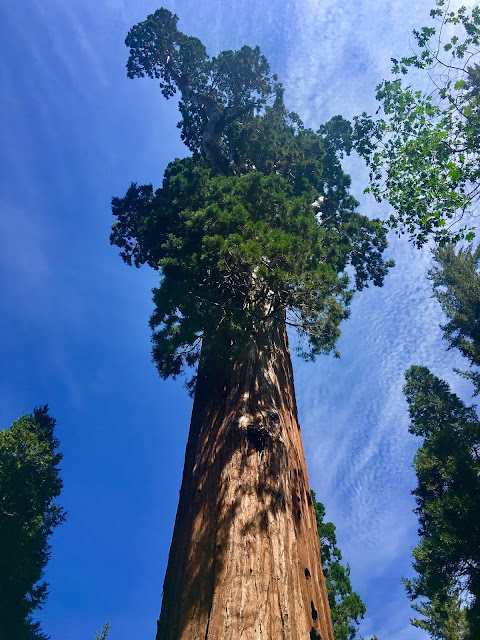 General Grant is the third largest tree in the world, and was named "The Nation's Christmas Tree" by President Coolidge in 1926. There is a hushed awe when the flocks of tourists approach these giants, as there should be. The surrounding forest is just as impressive, and my brother and I had a grand old time climbing up the rocks and hills while our Mom watched us and yelled at us to be careful ... just like the good old days (Where's Pablo?!). 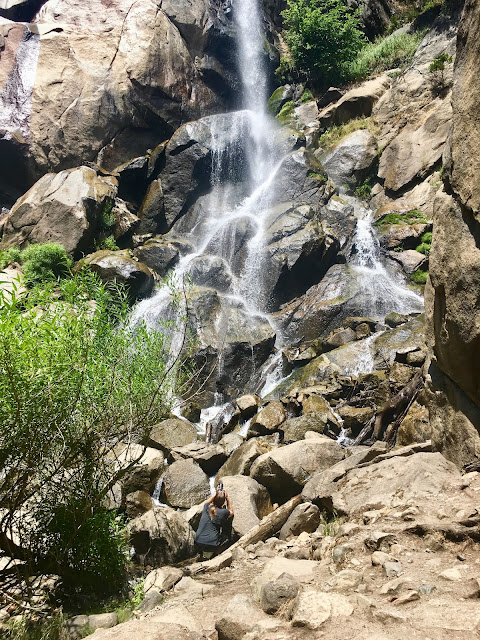 As it was just an overnight trek, we had a lot of ground to cover in a short amount of time - again, how I often roll. We drove the winding roads into King's Canyon, and pretty much freaked out the whole time at how stunningly beautiful it all was. It was hot and sunny, with perfect white, fluffy clouds to add some flourishes to our photographic memories of our Mom's birthday. 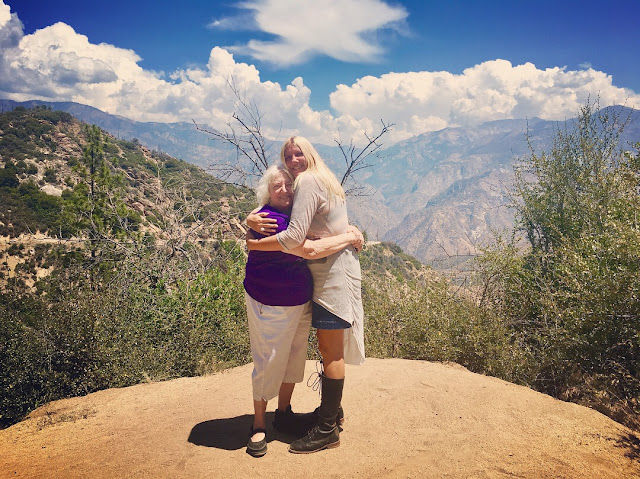 Mountains, trees, rivers, lakes, waterfalls, animals, meadows, flowers ... all of it overwhelmingly beautiful, it was almost surreal. It was almost like a backdrop you couldn't believe was real, but there it was. 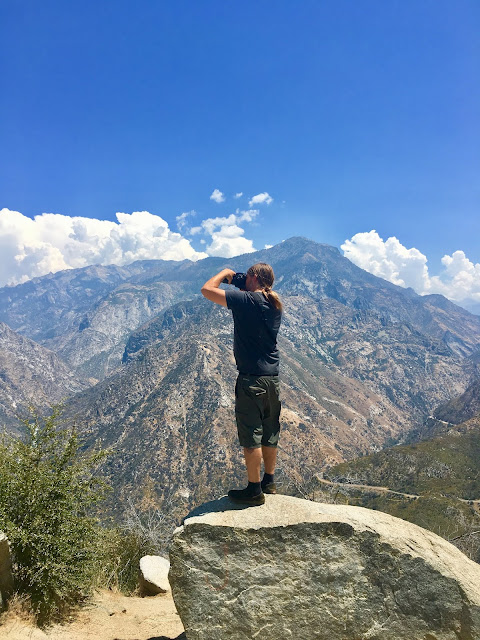 The river looked so inviting, it was all we could do to not jump in on this hot day, but that would have made for a rather uncomfortable ride back to Venice later ... but now I regret not doing it. 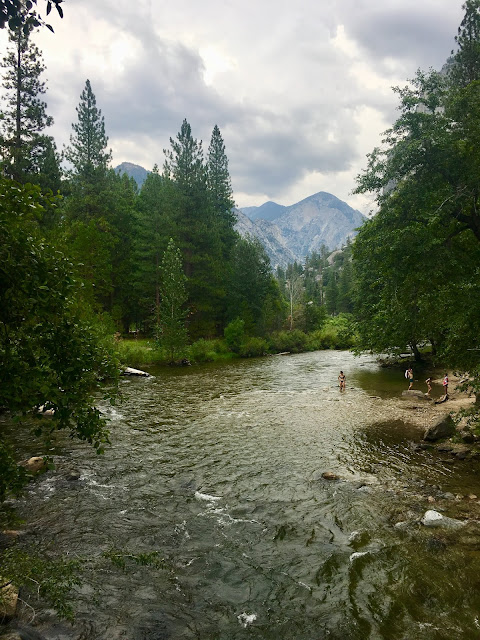 We had a picnic on a rock next to the river, and then Paul and I ran off to check out this meadow, as my Mom is dealing with a bum foot. I wish she had been with us, as this Zumwalt Meadow brought to mind one of Mom's favorite movies of all time ... The Sound Of Music. You almost HAD to twirl around with arms outstretched at the pure glory of what you were beholding. I'm back at the office now, and that meadow is the star of my daydreams, and I can still almost smell the pine needles. Forest Therapy is real. 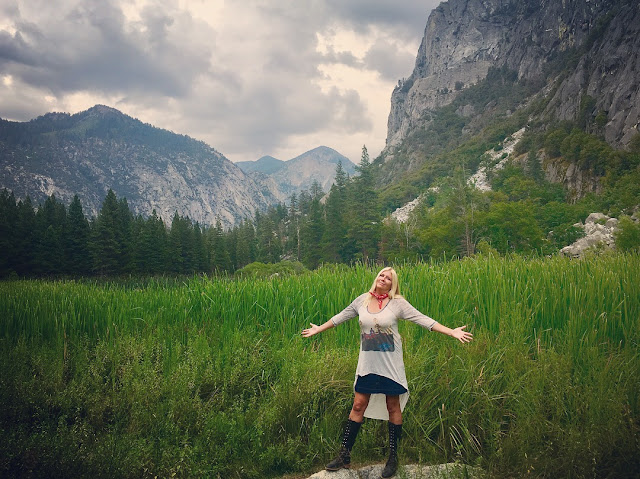 We had almost every kind of day, from sweltering hot to thunder and rain to chilly and then back to boiling hot as we traversed the roads that took us from mountain high to valley low. Our photos look like they're from several days, but really is was a few hours. Hours that had eternal value.

As do these National Parks, hearkening back to the Muir quote up top. It truly IS a grand show, with oohs and aahs literally around every corner. Even the wildfires that happen up here (as evidenced by the black scarring on trees or barren branches) create new life ... the only thing that could really harm them is corporations and greed ... and we must never, ever let that happen. 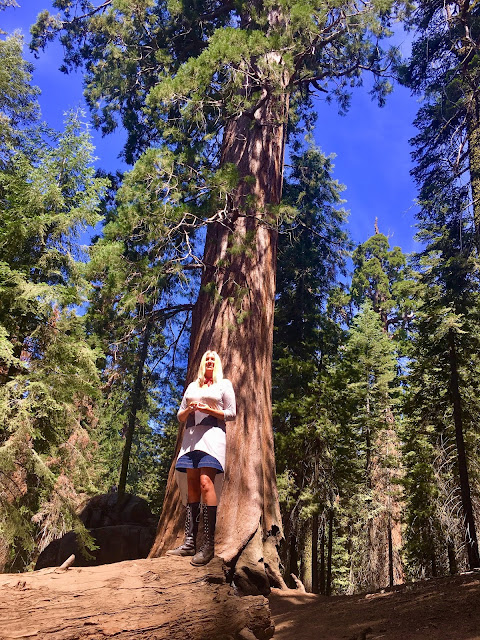 Trips like these re-fire me up about this stuff every single time. We just had the most special weekend together as a family (sans my brother Rich who had to work, but we thought of the whole time), and will remember it for always. Nature is our teacher, and our gift. We have to protect it to show our gratitude. And we will. 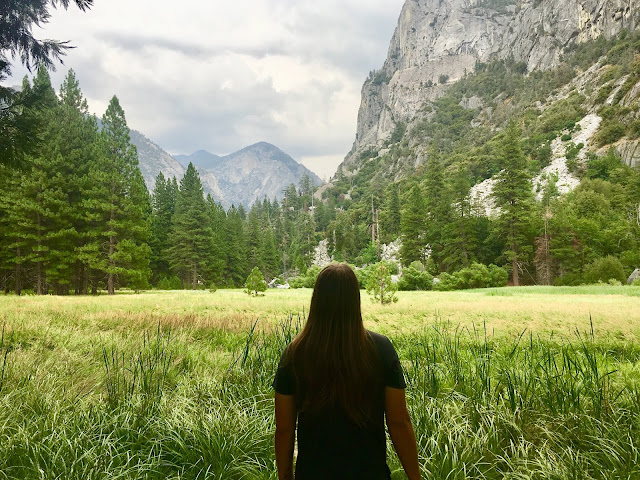 A speedy drive back to Venice got us back in time to take Mom out for her birthday dinner, which we spent looking at the photos and re-living our brief, but beautiful, time in the Giant Forest of Sequoia and in King's Canyon. Even after just two days in this American Splendor (another great movie), it was weird to be back in the hubbub of the city. Almost disturbing, really. It really should be on your list if you've never been, and your entrance fee alone is doing your part to show that these places matter - deeply. I'm so excited for you to see it too. 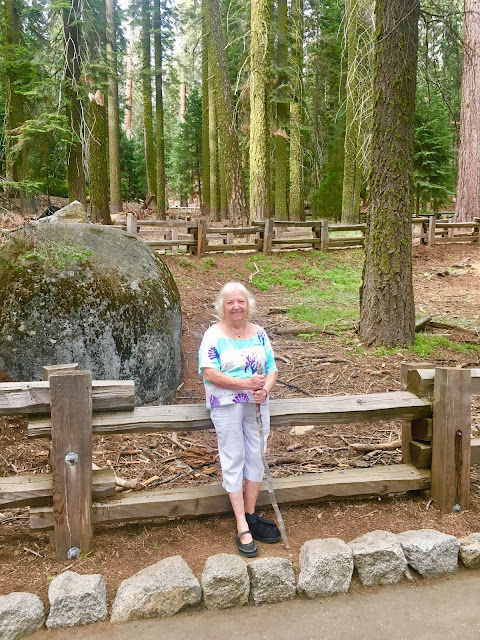