I hadn't been to an opening at the L.A. Louver for a while, so it was lovely to head over there last night and see both new art and a bunch of familiar faces to wish a "Happy New Year" to (I'll say it until I see you the first time in it). I love it when everyone comes out in the name of art. 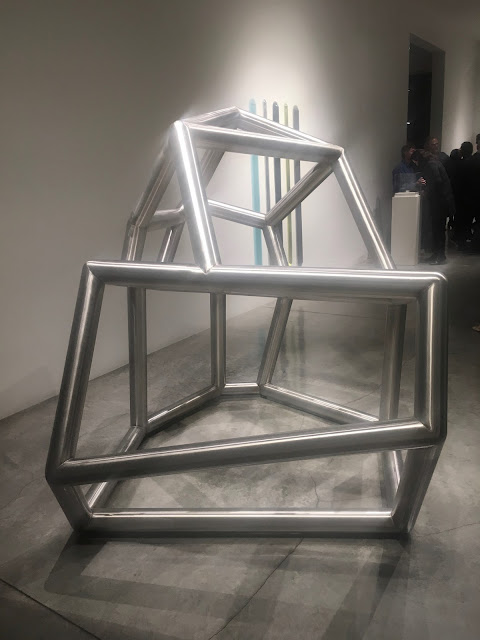 The ground floor held a group show called "Elemental" that featured sculptures by a variety of diverse artists from Carl Andre to Yoko Ono, all in materials that were in some form raw - elemental. Richard Deacon's Siamese Metal #6, 2012 was next to Peter Alexander's I Remember When It Was All Orange Groves that conjured no pastoral landscape that I could tell. Art. It was all rather cold, dark, and metallic ... reminding me a bit of the Trump's Christmas decorations. 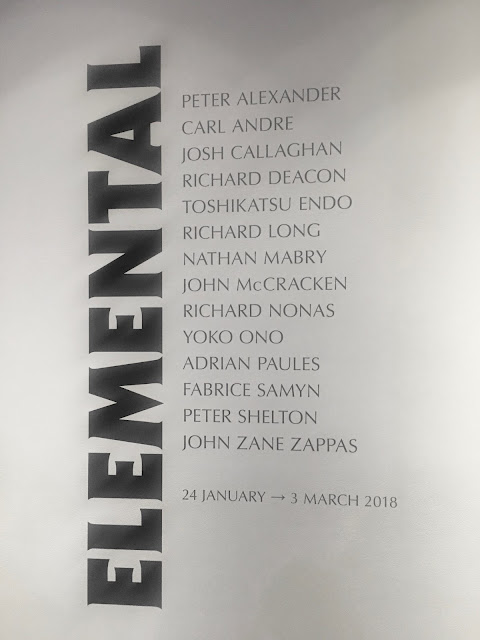 A lot of people packed in to check it all out, and it was a mix of longtime Venetians and dudes that probably rode in on Bird scooters (Please don't. They make you look like SUCH tools. Thanks.). Art lovers and scenesters congregated in the main room around a piece by Richard Long called Trastevere Spring Line, 2012. 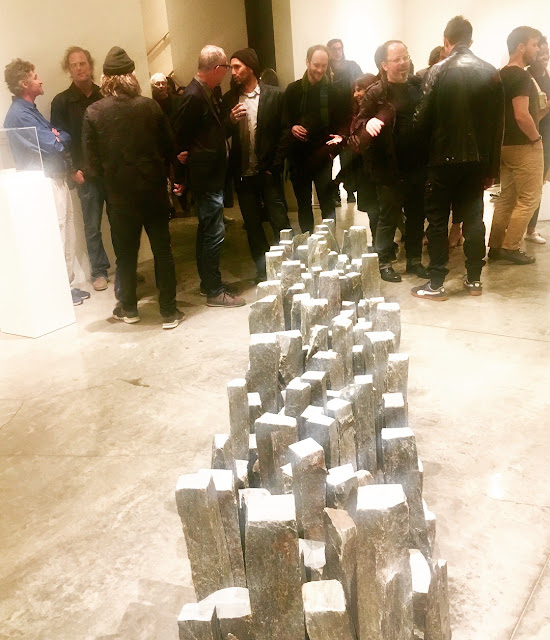 The piece I liked the most downstairs was Sundog by Peter Shelton, mainly because I had recently seen a magical rainbow sundog in the sky back in Minnesota, and this brought back a fond memory. All reactions to art are personal, if you think about it ... and sometimes you really have to search for that connection ... 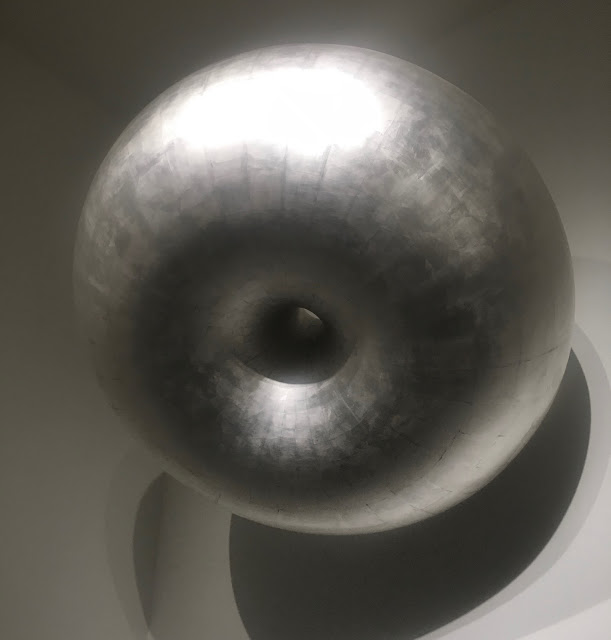 ... as in the altered fridge that Josh Callaghan titled Monument To World Peace made one wonder just how a household appliance could accomplish such a thing, but kudos for trying. 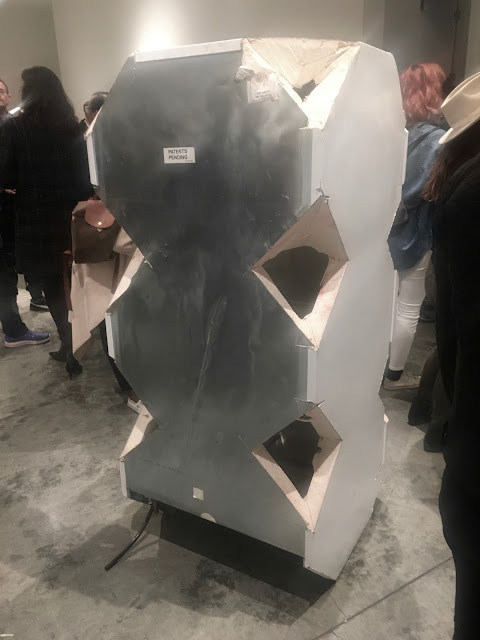 The upstairs skyroom held more sculptures, centered around a little ceramic dude by Matt Wedel that was fun and whimsical, and it gave one a breath of fresh air while checking it out. 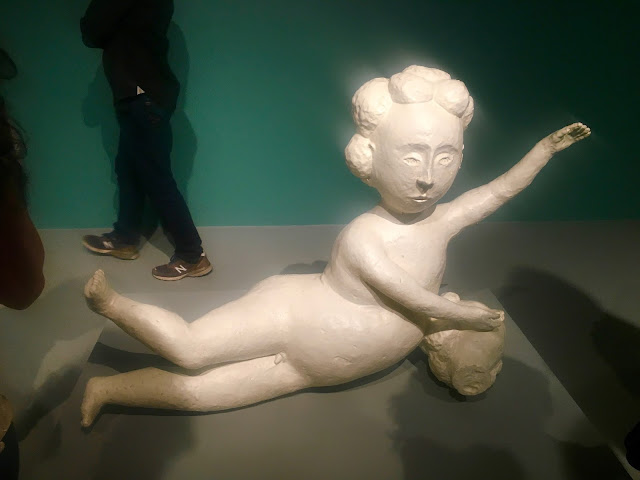 The best in show/s was a wonderful display of art by Henri Matisse, showing works on paper from 1913 - 1948.  The drawing, etchings, and lithographs were almost all female, and almost all nude, and all highly covetous (and they're all for sale!). They're all so simple and sultry, conjuring up what felt like an easier, breezier time. La Sieste, 1938 was particularly dreamy, and kept distracting me from all of the conversation happening around. 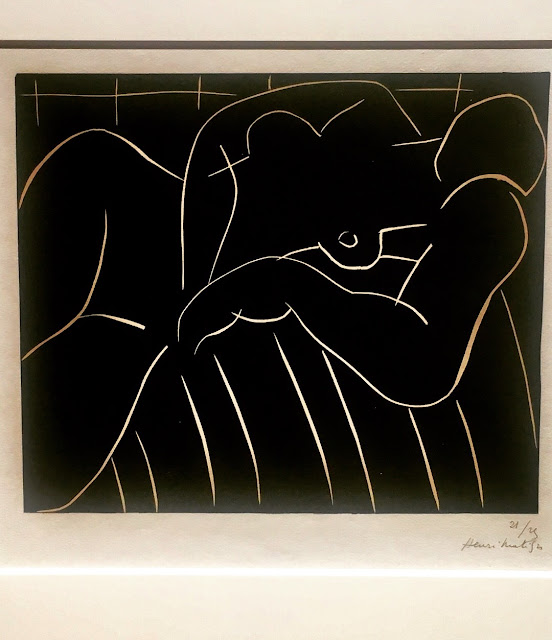 These shows are all on display until March 3, and it's always a lovely addition to any day to take in the art at L.A. Louver, whatever they are showing. Venice is nothing without its art.