Our Thankful And Free California Weekend

Thanksgiving weekend was extra great this year, because my brave Mom got on a standby flight the night before Thanksgiving - with a layover - and somehow made it! 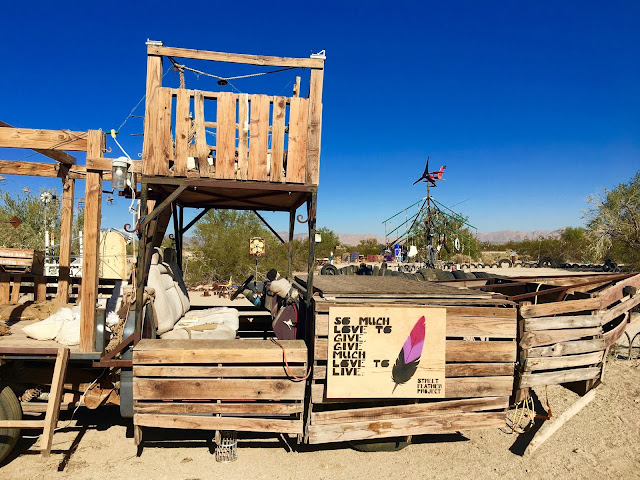 We haven't had Thanksgiving with her in something like 20 years, because I always try to go home for Christmas, and they're just too close together to make it work, usually. So, everything after Mom getting here with no problems was all gravy ... really good gravy. 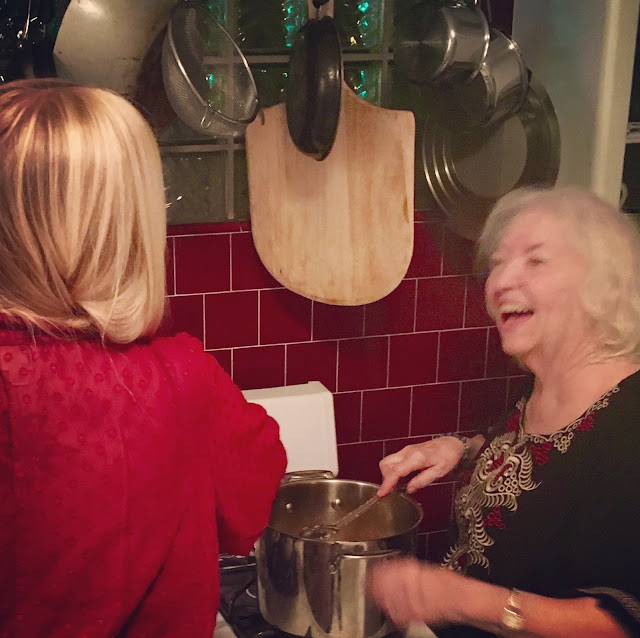 My brother decided to host Thanksgiving this year, which meant I was going to be doing the majority of the cooking. Which I was happy to do, because I haven't had my own kitchen in a bit, so cutting loose in there was some good therapy for me, and it all turned out pretty dang delicious, I'm happy to say. We had other Venice folks and friends who didn't get to be with their families, so the vibe was very, very grateful. I love Thanksgiving! (Oh, AND the Vikings won! 9-2. Awesome.) 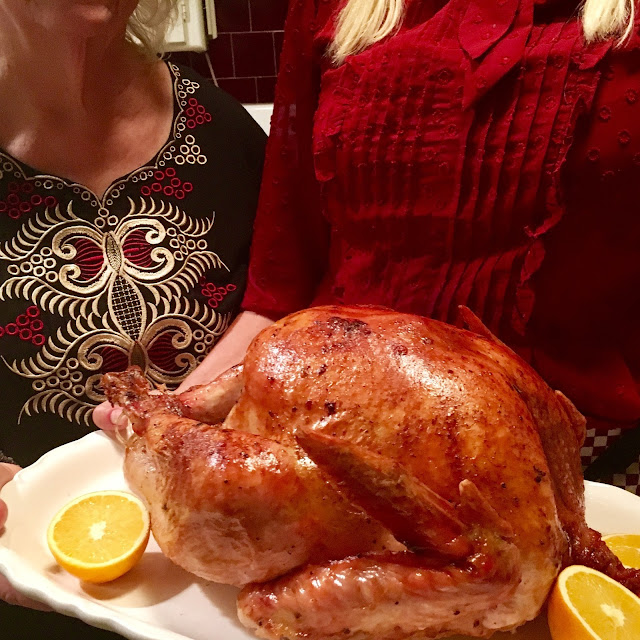 I'm not a believer or a participant in Black Friday, and think it showcases all that is wrong with our society. The day after being super thankful. It's disgusting. So, I usually take that day to get out into nature, and stay all the way away from the ridiculous crowds at stores. It's even better therapy. This year my brother and I took our Mom out to the desert, as she had never been to Joshua Tree National Park, and it's one of Paul's favorite places to shoot photographs. Perfect day trip length (ok, a little far, but we're like that). I thought I'd heard that Salvation Mountain wasn't very far away from there, so we took a detour after stopping to pick up lunch in Palm Springs. 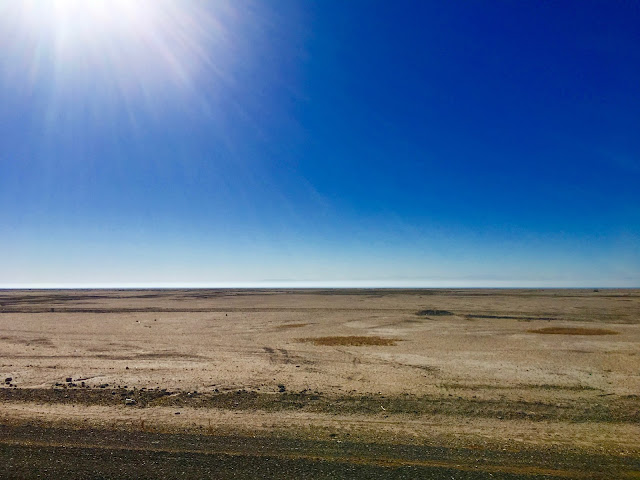 Salvation Mountain is about 60-70 miles away from anything you'd want to go to, but it really was something, and really was worth it. You drive along the eerie, otherworldly Salton Sea on the way there, and it's almost like driving on a moonscape, with oases of date palms every few miles. Weird. 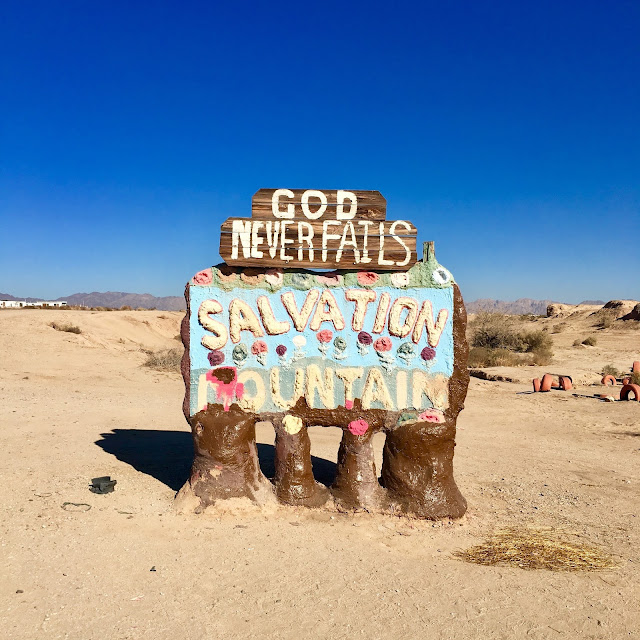 Leonard Knight had the vision to create his self-made mountain after he found God, and set out into the desert to build it. It's all hay bales covered in plaster and paint, super colorful and as eccentric as you'd hope it would be. It's a beacon of love and hope in one of the most desolate possible places. There are little caves all painted inside, and it makes you feel like you want your own message from God to do something totally outlandish. Hmm ... 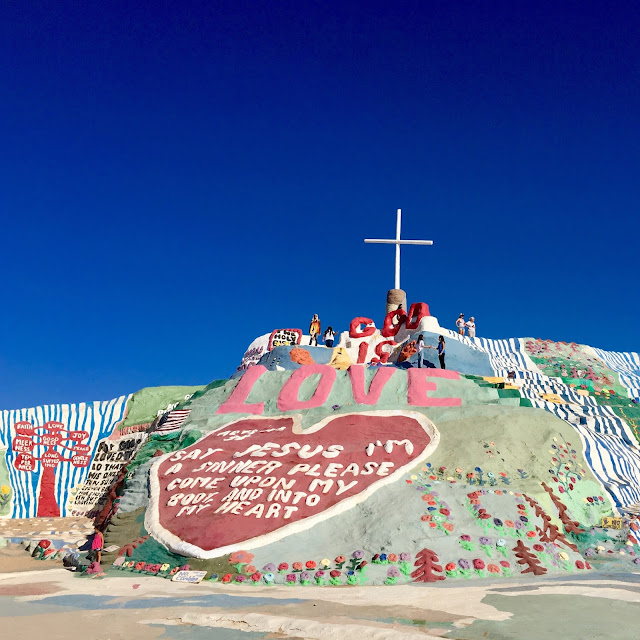 There are friendly greeters that tell you the fun information and trivia about the place, as they shoot the breeze in the little shade that there is under an information kiosk/lean-to. The guy told me that Salvation Mountain was featured in the film, Into The Wild, which I'm pretty sure is where I first heard about it, and it's haunted me since. And now I've been! And so has my Mom, which is cool, because she's about the number one believer in God ... it's a shame she couldn't have chatted with Knight, but he passed away in 2014. The mountain site is now under the care of the non-profit Salvation Mountain, Inc. The site is free to visit, with only a donation box there to make sure the mountain will remain. To that end, it was declared a national treasure by Congress, as it should be. 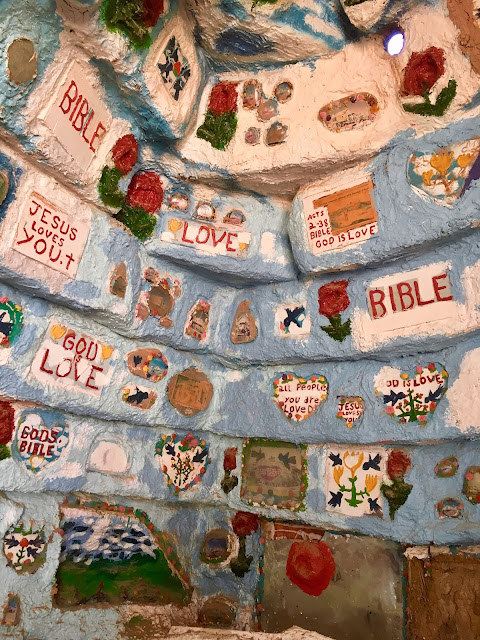 The whole thing reminds me a bit of Watts Tower, and how it was Simon Rodia's dream to make that beacon of hope and love in the middle of Watts. I bet the two creative gentlemen would have gotten on like gangbusters. Salvation Mountain is really cool, and very touching to visit. I would encourage everyone to make the detour at least once. It's a special place. 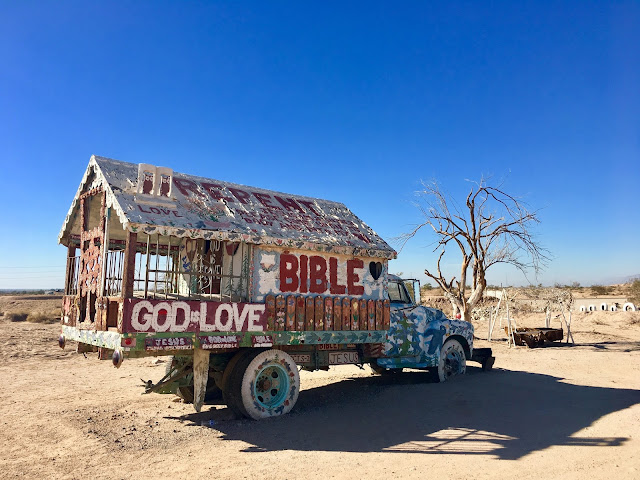 As we were leaving, one of the travelers/greeters told us not to miss the artist colony up the road in East Jesus. We had to go. 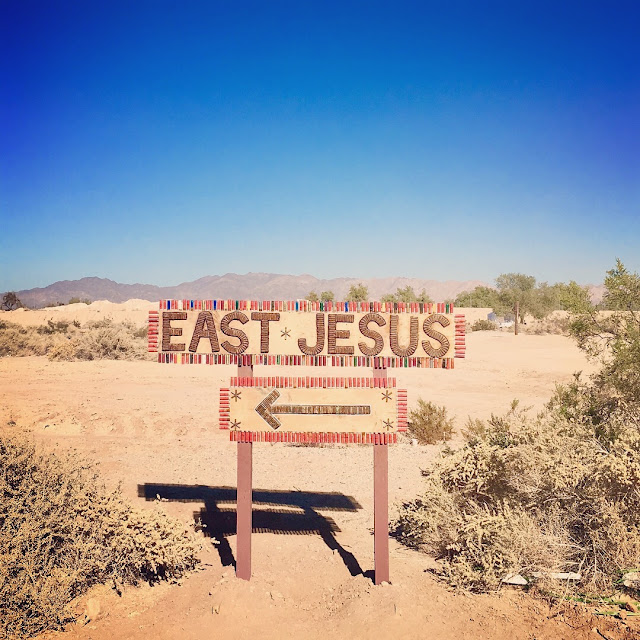 East Jesus is all Mad Max type of both people and art, and I wasn't surprised to hear that it's a staging area for Burning Man. It's all art installations with carpeted trails leading you around the attractions. Everything is made from garbage or recyclables, and everything has a sense of humor, and often a blunt message for society. Entrance is free, and a donation box keeps this place going as well. 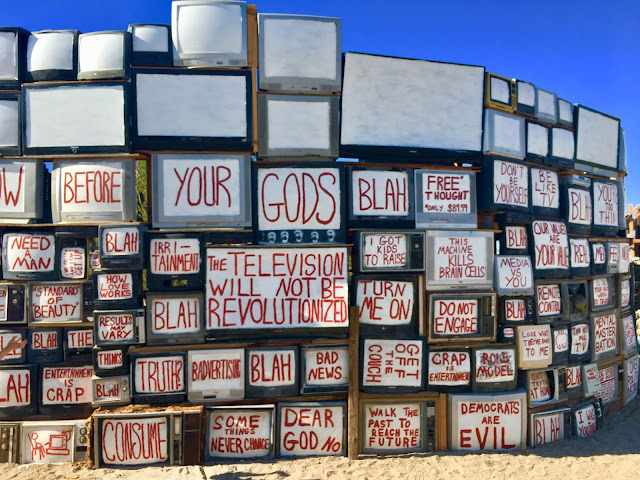 There seems to be some permanent residents there working on their art, and we met a nice British guy who told us he'd been there two years, and yep, came from Burning Man. Libertarian drunkards, and proud of it! 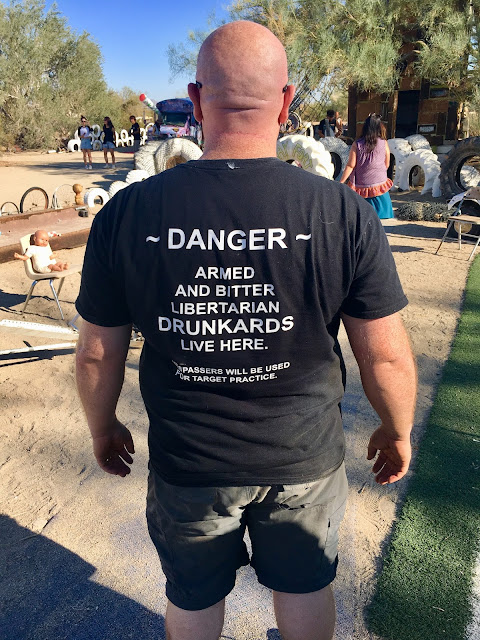 They're having a lot of fun, that's for sure. It's a little dark and dangerous feeling, and Paul commented that "I bet it gets a little nutty at night." I'll bet for sure. They're coming up with things like dangerous playgrounds, with cheese grater slides and monkey bars telling the person climbing them that it doesn't get better. Several of the installations have chairs there for you to sit and reflect upon it all. I would have too, if it wasn't SO hot. I don't know how people can live there, but they do. 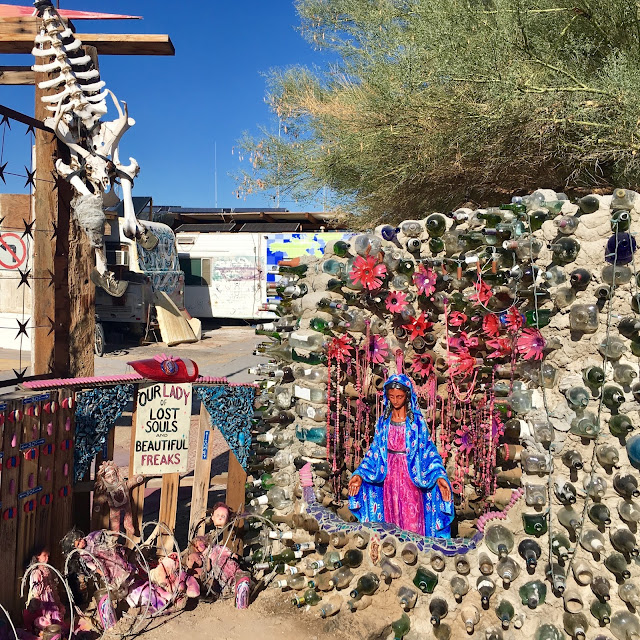 They also live in Slab City, the area between East Jesus and Salvation Mountain. It's a real life Land of the Lost vibe, with people living free and off the grid. It felt pretty lawless, which is cool, and though it seems like the ultimate end of the road, there's a library, an outdoor nightclub, and even a Slab City Hostel. It had no stars, but I think you'd be talking about your stay there for some time. As we were racing against the early darkness, we had to speed off to Joshua Tree to get some daylight sightseeing in. As we drove out of Slab City, the sign bidding you farewell says, "Good luck out there!" Thank you. We need it! 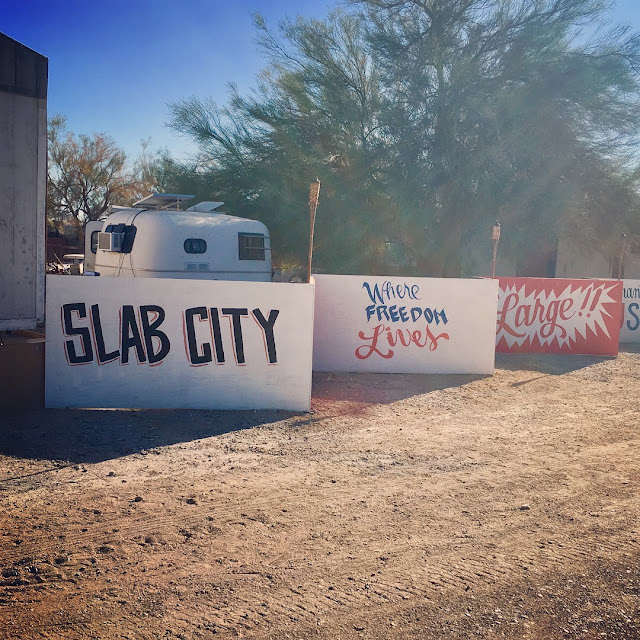 We got to Joshua Tree National Park in time for the beautiful golden hour, and Paul had a good time getting some shots of our beloved Mom out there in one of his favorite places on this Earth. 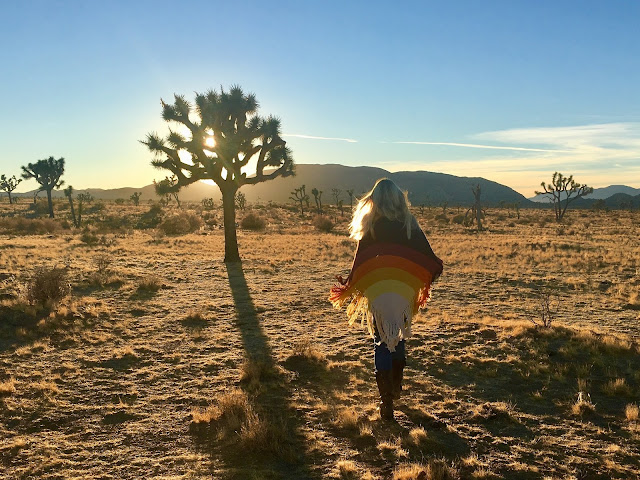 Mom is an exceptional artist, and she found just the right Joshua Tree that she wanted to paint (I have a feeling I know what Paul might be getting for Christmas!). The sun set much faster than we wanted it to, but the stars were beautiful too. We had no luxury of time to stay and gaze on them longer, because Mom was on the red-eye, and we forgot about the holiday weekend traffic returning on the 10! It was at a literal stand-still for nearly two hours, and we started to panic, until it opened up like it always does after that whole mountainous part about halfway. Phew! 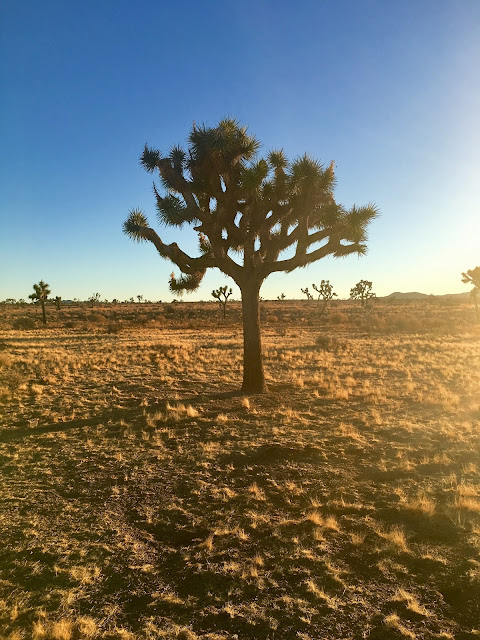 A wonderful weekend of total thankfulness is on the books. I said it before, but having good health is the main thing to be grateful for, period. As I had that back, AND my sweet Mother here, PLUS good friends and food, and THEN wonderful creation and nature, I sit here happily writing with a smile on my face, no matter what else is happening. That's what happens when you're truly grateful in your heart ... it IS your glory.