What The World Needs Now Is Love, Sweet Love

I can't take it. It's like EVERY day you hear terrible news about some new psycho mass murder, some new awful environmental tragedy, some new sex scandal by some gross Hollywood letch, some new height of dastardly deeds being put upon us by the nefarious politicians ... it's seriously some new dreadful thing to process every day. ANOTHER mass shooting, this time the worst one ever in Texas. During a church service, when people are there just trying to be good, for the most part. It's too much. It's like all anyone talks about. I'm trying very hard to focus on the good things that are done in the name of love every day, even as they get seemingly more difficult to find in our daily lives. Taking a walk always helps. 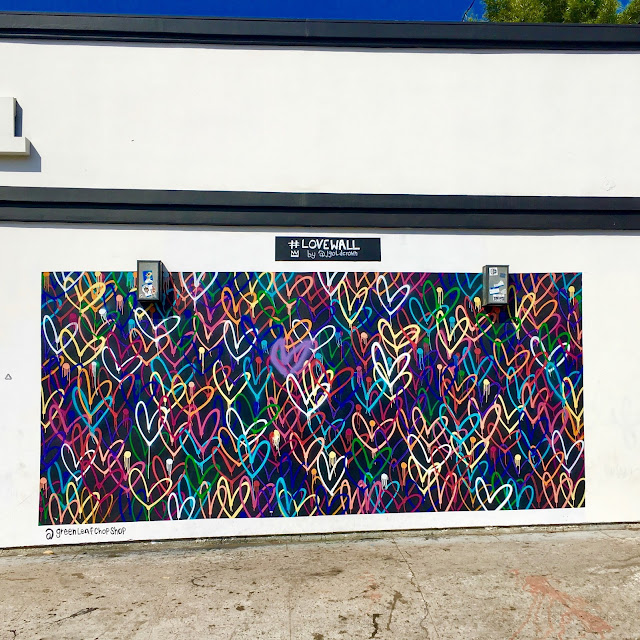 Abbot Kinney Boulevard has become mostly avoidable for longtime Venice residents, but there are still some pretty great things about it, including the above bleeding hearts mural, the #Lovewall. People from all over the globe come to Venice, and an awful lot of them stop to take a photo in front of this wall painted by jgoldcrown. 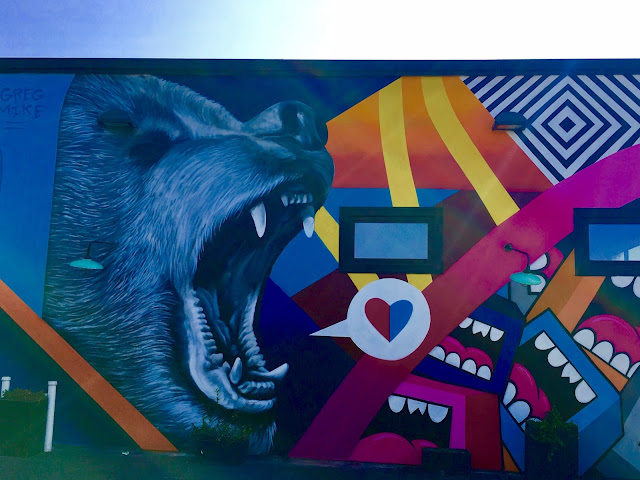 A brief stroll away is a Greg Mike mural, Bear Witness, that has a kind of scary bear, but its bark is one of love. I think that's some pretty good imagery for these times. Turn it all into love, however you can. It's worth a shot, anyway. Love is such a loaded word, but we sure do need all of it that we can get. We can do better.