The World Wall is another wonderful project conceived by artist Judy Baca, and SPARC held an opening last weekend to unveil the Canadian section of the wall. 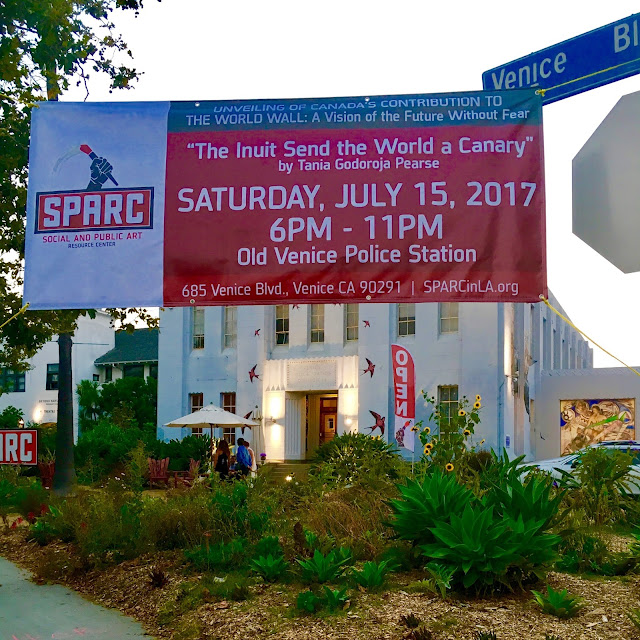 The World Wall: A Vision of the Future Without Fear is a traveling installation mural that began in 1987 and is still in progress. Currently, the wall is made up of nine 10 X 30 foot portable panels, and when completed it will include 14 works, with 7 from different nations, and 7 led by Baca. Thus far, Finland, Russia, Israel/Palestine, Mexico, and now Canada are represented. It addresses the big issues facing the world today, like war, peace, cooperation, environment, interdependence, and spiritual growth ... and it is beautiful. 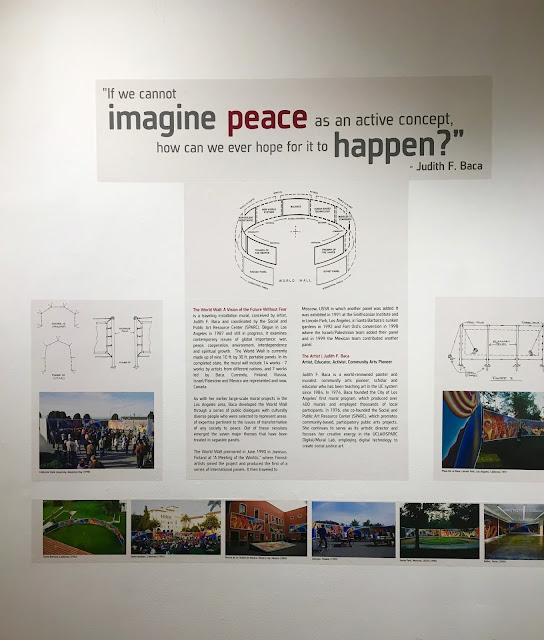 SPARC opened its doors last weekend to show off the new contribution from Canada, The Inuit Send The World A Canary, by Tania Godoroja Pearse (assisted by Kriss Boggild and Kathy Kaiser). It shows an oil pipeline pouring into the doom of climate change on one side, and nature with people working together on the other, and it is a triumph of color and meaning. When this entire wall is complete and assembled, it is going to be a wonder of the world. Like I want to nominate Baca for the Nobel Peace Prize degree of wonder. This is one of the most important works of art happening today, in my humble opinion - and just straight up fact. 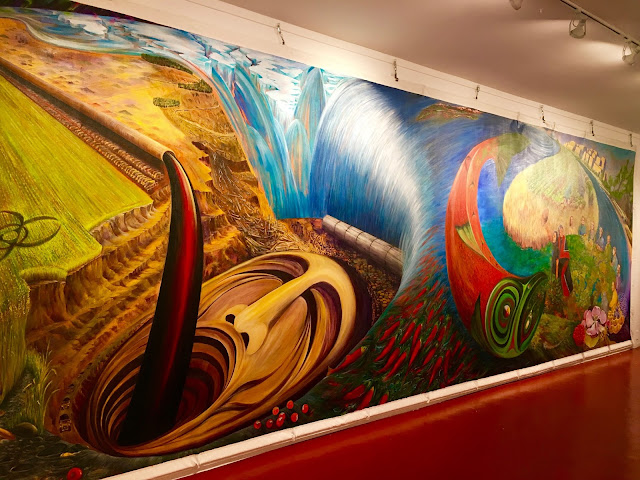 There was fine food and drink for all who attended the opening at SPARC, and though I had to run off to another show, I did get to catch up briefly with the SPARC gang to congratulate them. We also discussed how Joel Silver needs to give back the Edward Biberman Venice mural that was in our former post office to be on public display permanently at SPARC. It's for the entire Community to enjoy, not some private production office that isn't even up and running after years, leaving the old P.O. an empty ghost building of no neighborhood vision. It's just sad. And wrong. Give it back, Silver! 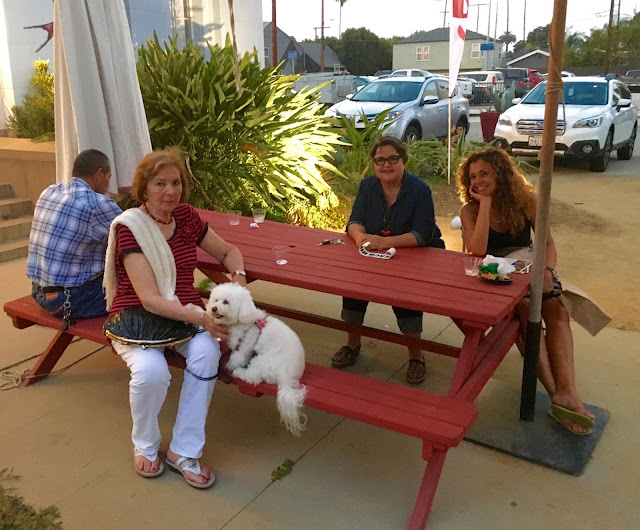 I digress. Please take this exceptional opportunity to view an artistic miracle in progress while it is on exhibition at SPARC until October 13, 2017. This is how you create world peace and progress, by working together as one world, one heart, one love. When you see spectacular works like this, you know that it is indeed possible.