We just had a nice long Memorial weekend in Venice, and I didn't leave the city limits once, which was fine by me. No holiday weekend traffic dealing for us, other than on the very packed bike path at the beach - again, fine by me. 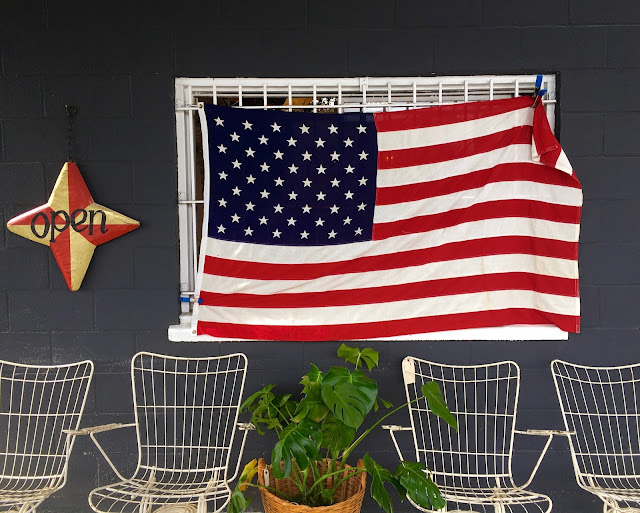 The whole shebang started out with the Grunion Run at the beach ... which this year turned out to be a total bust while we were there - not one little fish did we see. So, we made ourselves feel better by belting out tunes and generally going nuts until the wee hours, hoping to see some grunion on the way home.We did not (but thank you to Paul Chesne for hosting the late night shenanigans!). 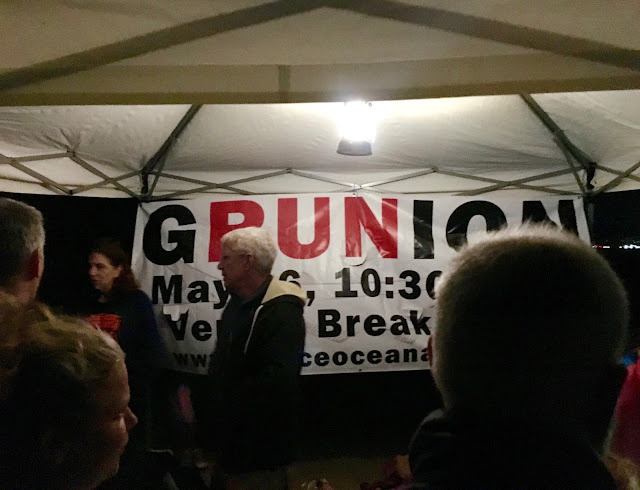 Long weekends mean beach days, and even though we're dealing with some May Gray these days, the sun did make itself known over the weekend. Tan lines 2017 have begun! I walked over and checked out the new rainbow lifeguard tower at Brooks Avenue, all dressed up for Venice Pride this week, looking great.The bright colors can be seen from blocks away, and certainly helped to brighten up the gloom in the earlier part of the day. Great job, everyone involved! 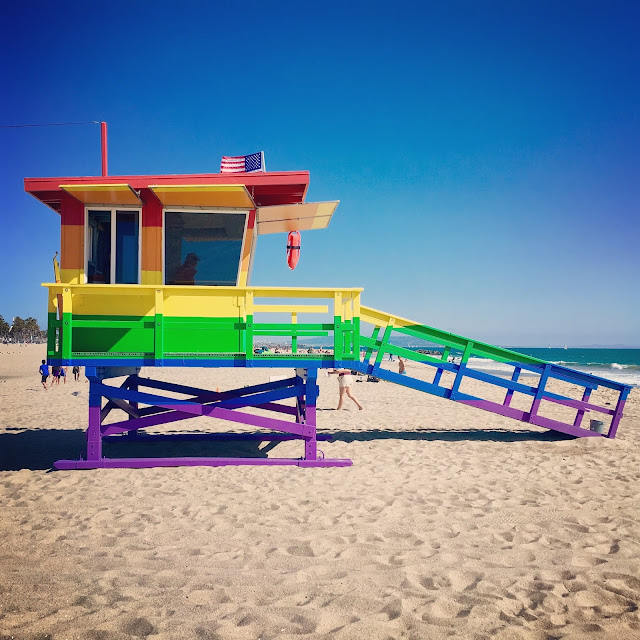 I was invited to a lovely party in the canals, where I discovered the "Venice Canals Art Gardens" tucked away there behind a little bungalow. Canal residents Deborah Groening and Peter Rother bought this plot of land so that it would NOT be developed by yet another big ugly box (BUB). Bless them, because they created a beautiful little oasis of nature there in the canals to be enjoyed by its neighbors. They all came together and pitched in to create and build the garden in March 2016, and now all benefit from the produce and gorgeous space that it took this village to bring to abundant life. 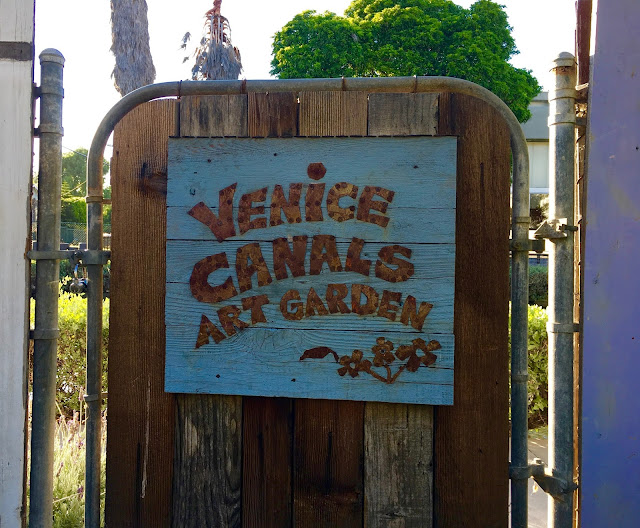 There was a big potluck picnic and a nice guy cooking up some great chicken on a big grill, and everyone was enjoying the beautiful twilit evening. Everyone seemed to know each other, and there is definitely a Canals Clique going on, but all were welcoming (if a little clearly curious as to who we were and why we were there). The highlight of the soiree was a performance by some guys playing the "Hand Pan", a hauntingly pretty instrument that we all got to hear a (very, very long) explanation of before they were played. It was a joy to close your eyes and listen to as you breathed in the heady aroma of all of the flowers blooming around us. Ahhh. 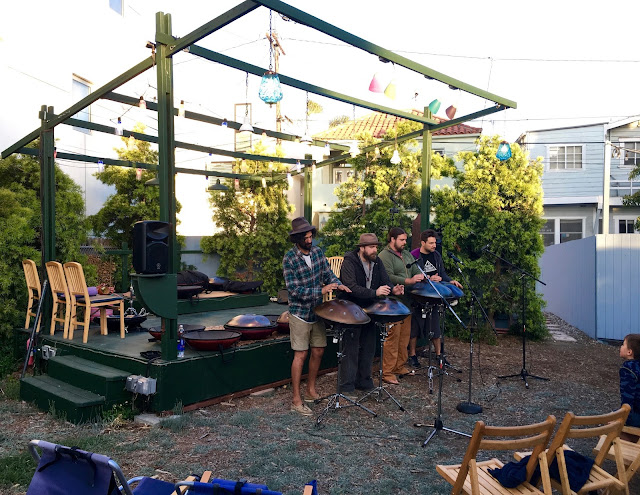 Another beach day was had on Sunday, and it began with the excellent breakfast burrito from Hinano's, which was all decked out for the patriotic holiday of Memorial Day with its attendant red, white, and blue everywhere. Everyone knows about the Hinano burger, but if you haven't yet tried the breakfast burrito - get thee there. It has hash browns (the thin, crispy kind) inside of it. Just trust me. 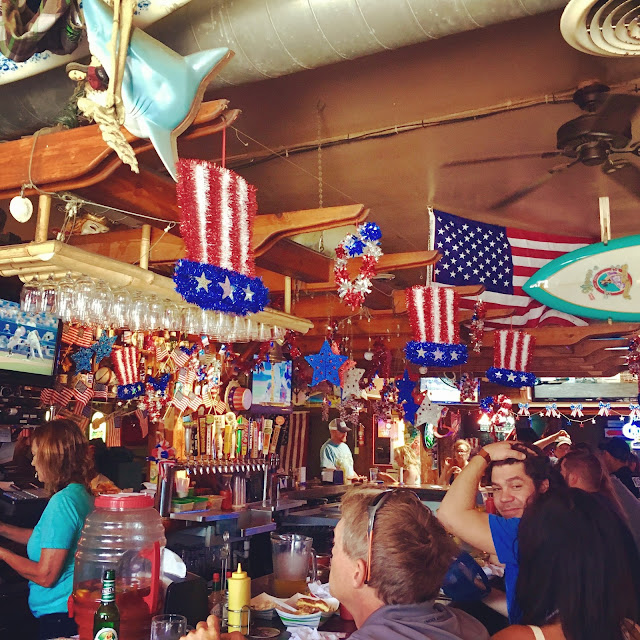 After a full afternoon of being on the beach body rotisserie, it was time to head to the Ocean Front Walk home of Colleen Saro and Steve Eustace's pad, who were hosting a fun margarita party. They had all kinds of different bowls of fresh fruit, and you would choose your combo, and Steve would blend you up a custom margarita to order. It was delicious, and what great people! We sat in their windows, singing songs, overlooking all of the Boardwalk mayhem, and considered ourselves lucky once again that this is where we get to call it home. The sun set, my phone died, and we later found ourselves at yet another fun party at General Admission's parking lot (where I was still dressed in my bathing suit and towel from the day). Rowdy times. 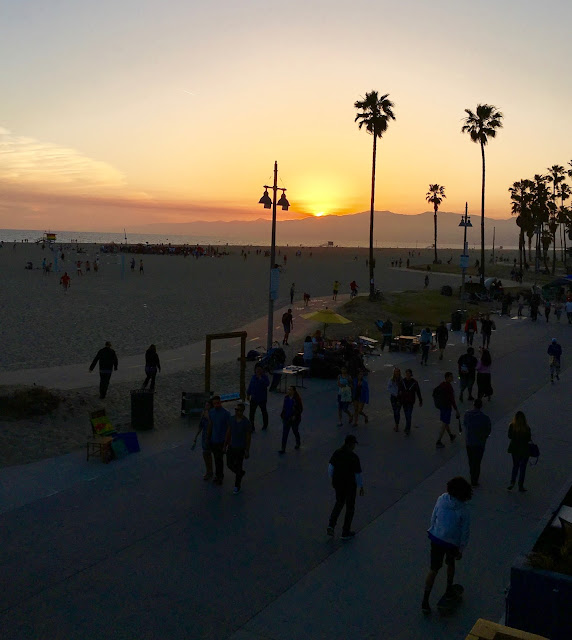 Memorial Day itself was pretty much gloomy all day, so you just make the best of it, and start the party earlier. It felt like the whole country just wanted to blow off some of the steam that builds up daily under this awful and ridiculous new administration, and all the horrors that have come along with it. Frankly, it was a little hard to feel patriotic when you know how our country is coming off to the rest of the World these days. These holidays are meant to show off the good parts of our country, and I think most everyone did a good job of that. Fun was had by all, according to social media feeds and notes compared. 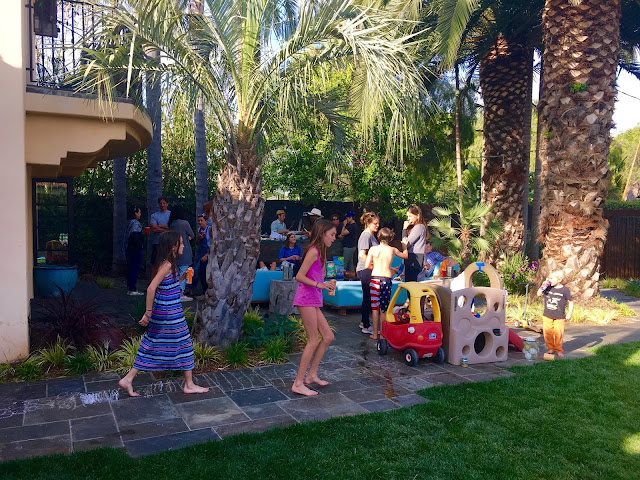 My dear friends Jenny and Shane held yet another extra fun holiday BBQ on Memorial Day, and I think some parents are probably still over there trying to get their kids out of the pool! Good food, good drink, great friends, and feelings of gratitude ensured that it was a wonderful and memorable time - again. Thank you, Barachs! 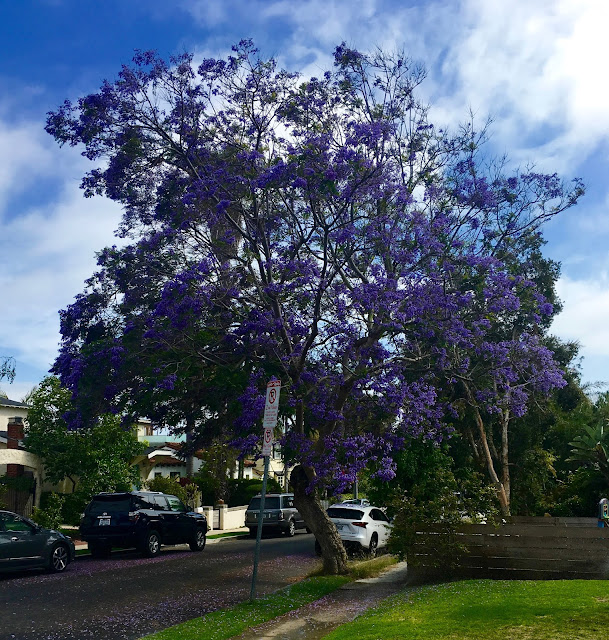 So here we go ... on into Summer! The best time to be here in Venice, and the best time to live it up and love everything and everybody while we are all still here. I've been thinking like that a lot lately, really needing to live in each moment, because the World is crazy and nothing is guaranteed. It conjures up a quote I wrote down as a very young girl, from Philip Doddridge, an English non-conformist who lived in the 1700's  ...


"Live while you live, the epicure would say,
And seize the pleasures of the present day!"

*Birthday shout-out to Tom Morello! Cheers, my friend! You're one of the very best people I know.