50 Years Of The Doors In Venice!

Yesterday was the 50th Anniversary of the release of The Doors' first album, The Doors, and Venice held a big celebration right near where it all started on the beach in 1967. The Venice sign was adorned with the band's logo for the occasion, and the surviving members of the band were there to rock the crowd with a loose version of "L.A. Woman" as the rain fell on the assembled crowd there on Windward Avenue - and no one cared. Because it was awesome. 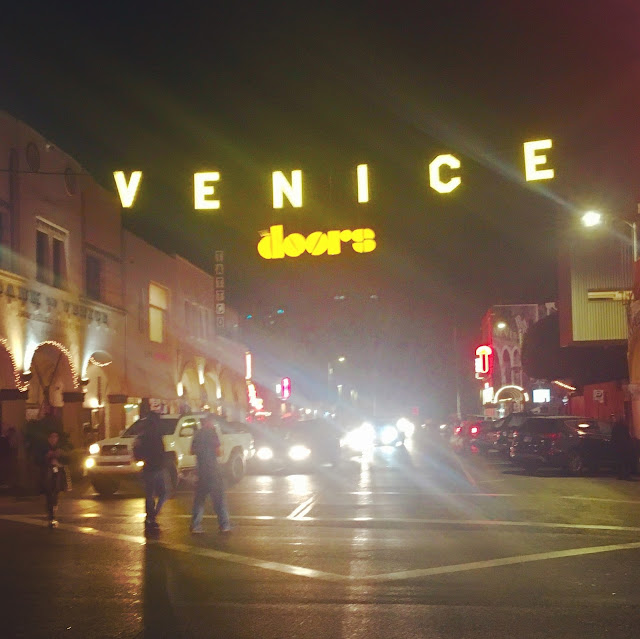 I got there late because work, but in time to catch the dying notes from John Densmore and Robby Krieger (with Densmore bravely taking on the Jim Morrison vocals) with their band with the surprisingly huge crowd for a rainy night in Venice. Not a spirit was dampened as the sign lit up to the cheers of the many gathered Doors fans. Like, super fans - carrying vinyl copies of the debut album in the rain, wearing vintage Doors concert tees, and singing along to every single word the Lizard King ever sang. You could feel the history and the ghosts in the air, and the light mist only made it all the more "Riders On The Storm". 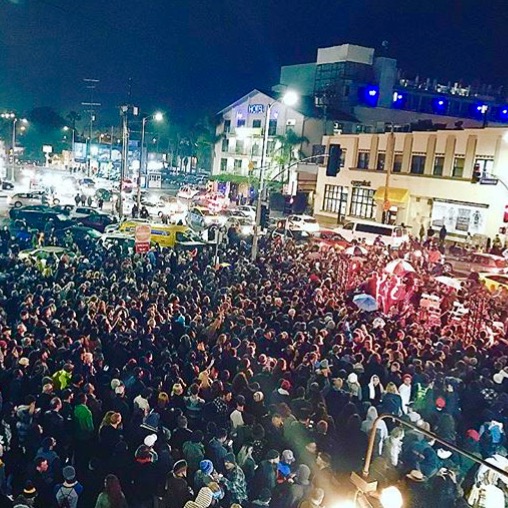 I think it's pretty great that a big crowd of grown adults can still get excited over a sign lighting up, and that's exactly what happened, as social media also lit up with the many photos of all the thrilled fans of a band that really did call Venice home. My all time favorite Doors tune is "Love Street", and thought I didn't hear it played last night - I definitely felt it.

The crowd dispersed - mainly to get out of the rain - to a variety of venues, all offering up their own take on a Doors celebration. I hit the party at The Townhouse, where my friends were, but also where "Jim Morrison Drank Here". I felt required to get that cocktail on this night ... and it was good.

Peace Frog, one of a few Doors cover bands around town, were playing all the Doors hits downstairs in the Del Monte Speakeasy, and the place was packed with the aforementioned super fans. Dudes that were mad the singer left out a certain moan from the recorded version, or that Jim Indian shaman dance from The Doors movie (He was actually seriously mad). Ladies that forced their boyfriends to full on make out to "their song". People still holding up their vinyl albums from outside. Fans that drove up from San Diego and in from Vegas just to be there for "their band"(and hit on everyone in sight). And us locals that might have even moved here in the first place because it was a place that bands like The Doors also loved. I didn't get my "Love Street", but I did get another favorite, "The Crystal Ship", and I thought the Peace Frog dude did a beautiful job with it, and so did the crowd screaming for "One more!" 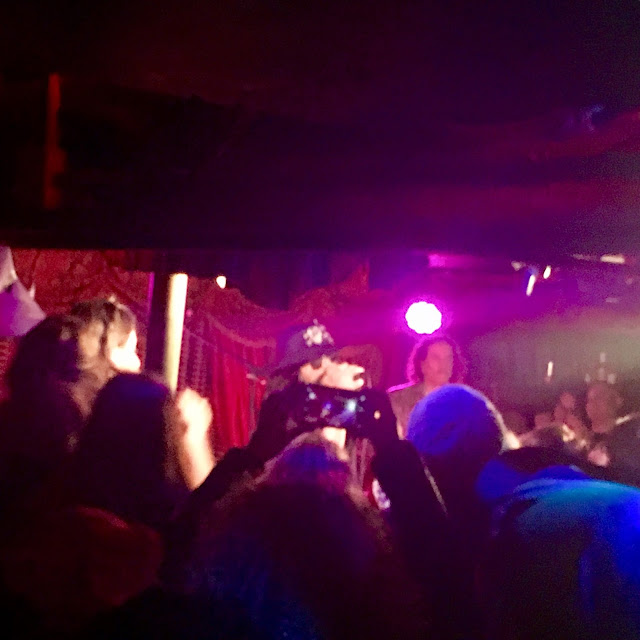 What a fun night in Venice ... honoring our past, being fully present in the present (loving every bit of it, even the rain!), and looking ahead to a future that is even cooler than all of the above. And that is up to us. This L.A. woman took a glance around last night, and thinks we're in pretty good shape.

*This story is best read whilst listening to The Doors. On vinyl.

**The wonderful crowd photo is courtesy of Gotta Have It's Instagram - where I'm sure Jim would have shopped.