When The Roosterfish very sadly closed last month, it left a very large void. Not only for cool dive bars in Venice, but really for any other gay venue on the West side. That all changes tonight, when Venice Pride kicks off with a rainbow lighting of the Venice sign and a dance party in the street on Windward Avenue! 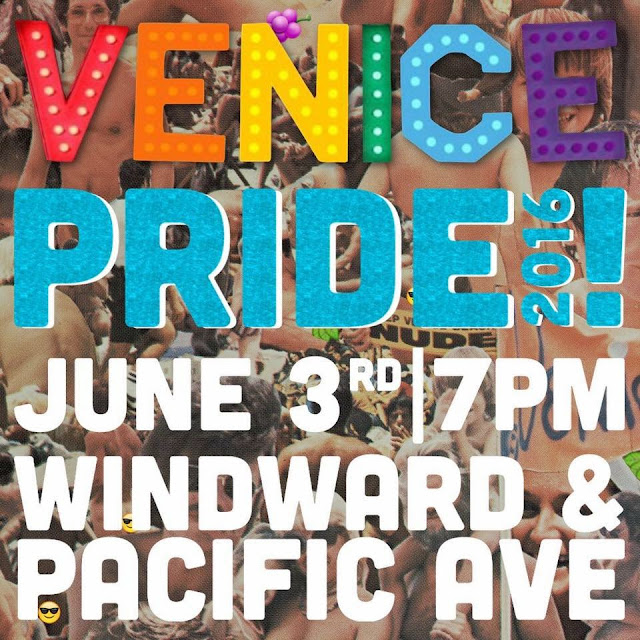 Danny's Deli owner, Daniel Samakow, long an social justice activist and champion of Venice, realized that something had to happen, or all of the gay West side would essentially be "forced on to the internet and back in the closet," without a venue designated as for the LGBTQ community. Grant Turck, another major champion of Venice, did a bunch of research about declaring The Roosterfish as a historical monument, but that didn't get very far, and he agreed with Samakow that something new had to be created. 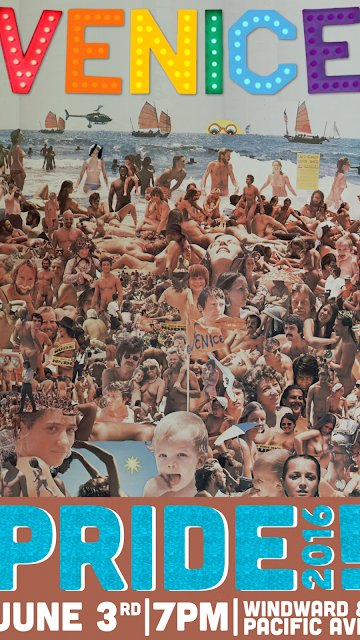 With help from Councilman Mike Bonin and George Francisco, they began with the idea to close off Windward for a Venice Pride dance party (TONIGHT! 7-9:30!) in the street with D.J. Victor Rodriguez (a popular spinner at Akbar in Silver Lake), and a changing of the Venice sign lightbulbs to rainbow colors in honor of our diversity. "Venice has been a center for diversity - ALWAYS," Samakow explained. "Venice has always had the spirit of bringing people together, and that's what we're going to do." That's right. Oh, AND there's going to be RAINBOW GRILLED CHEESES served up in the street tonight, courtesy of Chomp Eatery. Cool. The entire night will also serve as a fundraiser for the Trevor Project, and will honor both transgender youth organizer, Shear Avory, and the late Venice Councilman (and openly gay), Bill Rosendahl.

But the fun doesn't stop there, or tonight. The new venue for the LGBTQ community (and friends! All are welcome!) will be Danny's Deli, who will be happily accepting the torch on behalf of The Roosterfish. Danny's will host tonight's official after-party (with D.J. Jason Strommer), but also will host former Roosterfish customers on Margarita Wednesdays (featuring the famous Roosterfish $4.00 Margarita!) and Surf's Up Fridays with both live music (Miss Jessica! Suzy Williams!), hot D.J.'s,  With live music, it might actually wind up being, dare I say, BETTER than the Roosterfish - and right at the beach! 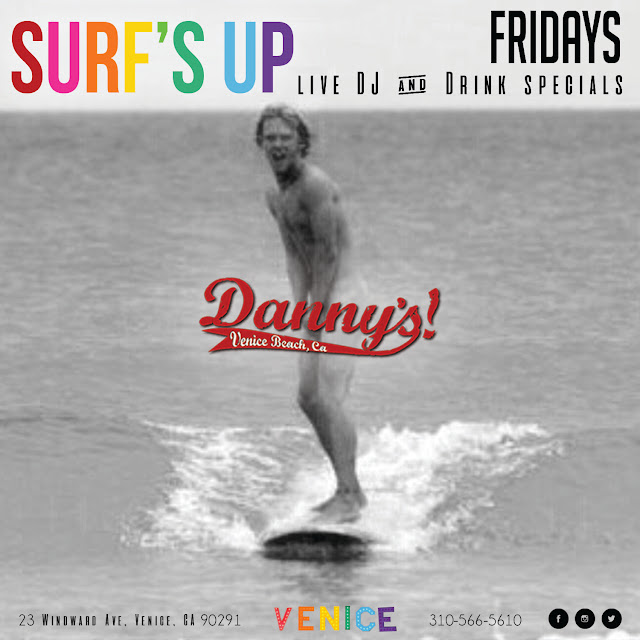 Speaking of the beach, there's a gay beach in the works too, just like the old days when the gay (and nude) beach was open for fun in the 1970's. The new LGBTQ beach will kick off this Saturday and Sunday, between the Breakwater and Tower 21. Look for the rainbows out on the sand from 11 am - 8 pm/sunset. The hope is that it will catch on and once again be a destination for this community at the beach, and that the entire event "will inspire other people to come and help fill the void," said Turck, who has really spearheaded the whole thing. His enthusiasm is infectious, as he went on to say that, "Venice has always been known for acceptance, and this is a celebration of equality and inclusiveness for everyone." Amen! Awomen! Aeveryone! 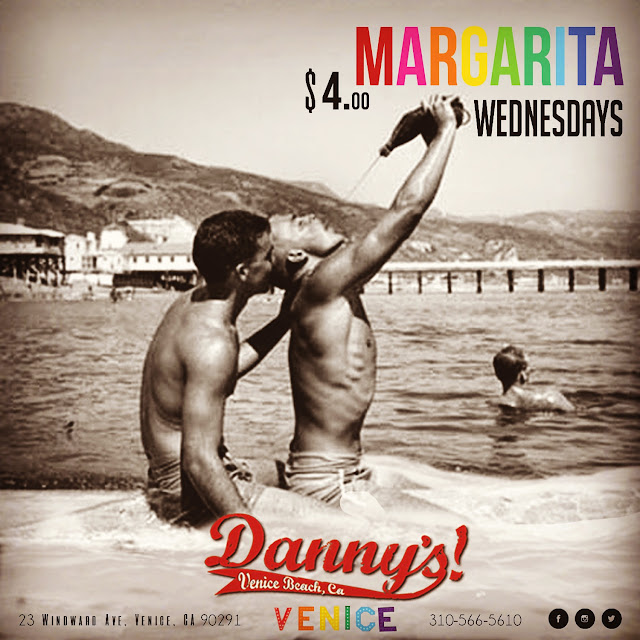 So, tonight the Venice Sign will be rainbow bright (and will be all month long!) and the whole world will see what the Venice community is all about. Turck told me that he's been quoting Kinky Boots as a way of explaining what both Venice Pride, and Venice itself, are all about, and I think it's a great summation:

Cheers to Venice Pride! It's beautiful.